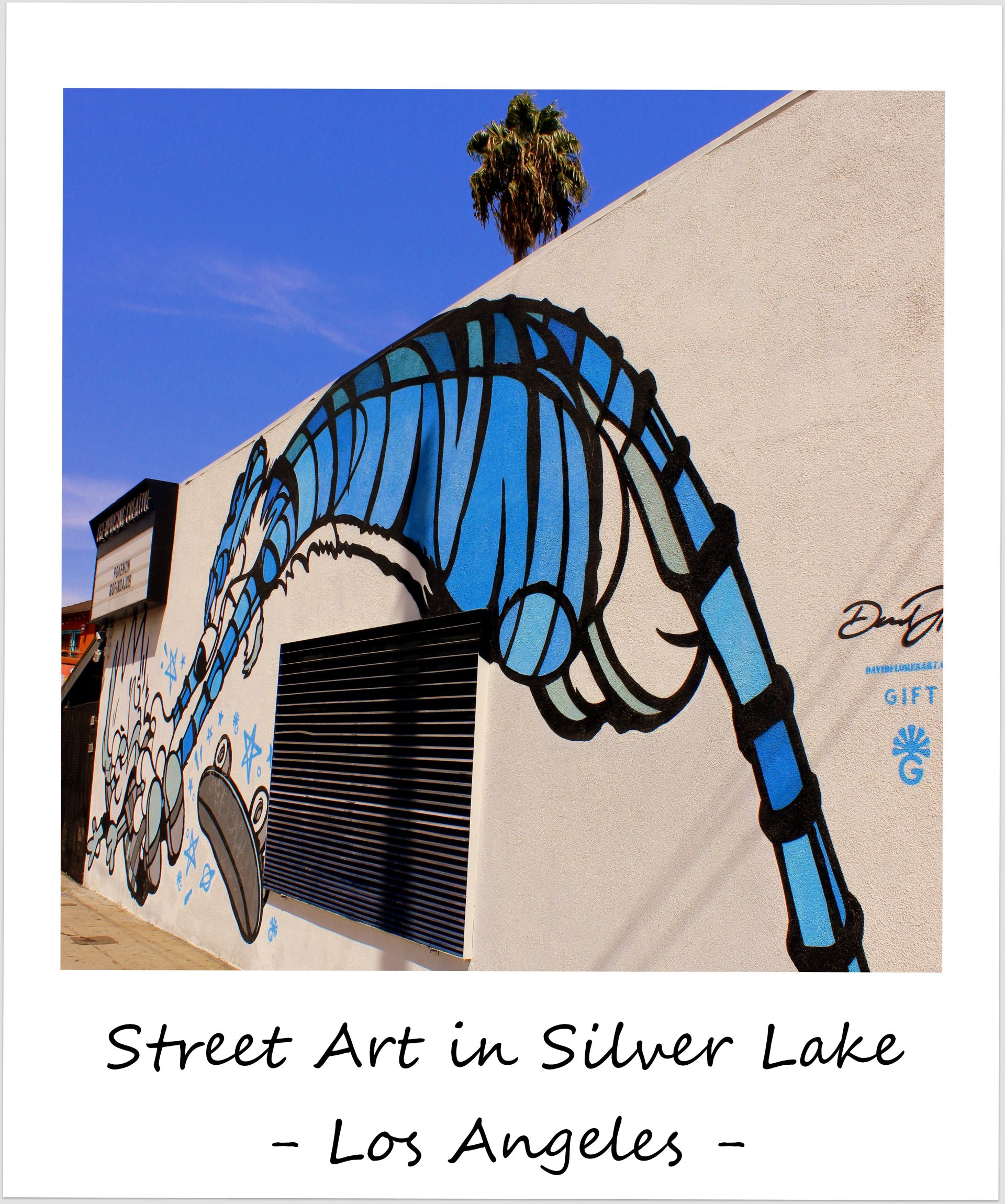 While I admittedly didn’t get around to doing everything I had on my Los Angeles To-Do-List due to my tight work schedule this month, I managed to return to some of my favorite neighborhoods like Santa Monica Venice and West Hollywood,, but there was one neighborhood I really wanted to see before leaving LA: Silver Lake.

This neighborhood had been described to me as the Brooklyn of LA or the Williamsburg of LA, to be more precise And not only that Forbes Magazine even went as far as giving Silver Lake the top spot on its inaugural list of America’s Best Hipster Neighborhoods and CNN Money followed by putting it in the Top Ten of its list of best big city neighborhoods in the U.S.

So of course I had to check this uber hip neighborhood for myself to see what all the fuss was about.

The stretch of Sunset Boulevard that runs though Silver Lake felt indeed very Williamsburg-like, and just like the famous hipster neighborhood in Brooklyn, it is lined with trendy cafes, quirky independent shops and little eateries, and street art fills many a wall stretching into the side streets off of Sunset Blvd.

I couldn’t help but fling in love with silver like within fifteen minutes of getting there – this is definitely my kind of neighborhood! Unpretentious, with inventive yet affordable restaurants but also hole-in-the-wall Mexican street food, funky bars and shops that go beyond your usual chain stores: instead you find spice stores, comic book stores and guitar shops.

There are two basins – the neighborhood’s namesake Silver Lake Reservoir and the Ivanhoe Reservoir, both offering walking and running paths and a natural setting to escape the noise along the busy main streets. Speaking of walking: I found Silver Lake to be walkable and cycleable, something that can’t be said for all neighborhoods in this car traffic-heavy city.

I wish I would’ve had time to check out the bar scene on my visit but I guess it is good to have an excuse to come back to Silver Lake next time I’m in L.A.!