After spending three glorious weeks in South California, I did indeed go on the surprise trip that I briefly mentioned in last month’s round-up: an 8-day hiking trip to Italy! Sadly, I didn’t have time to extend my time in Europe because I had already booked a flight to Seattle, where I just arrived and will be spending all of October. 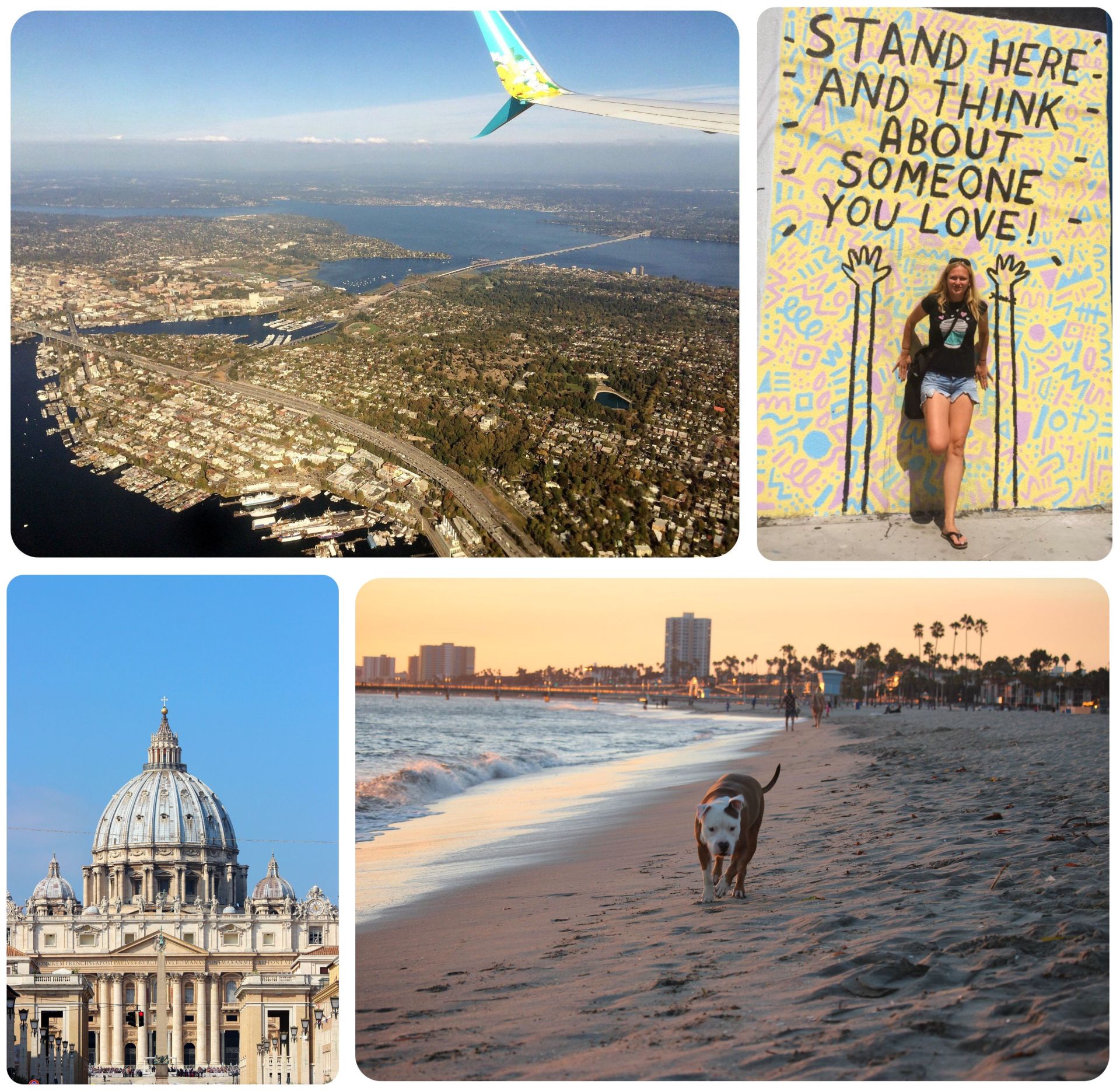 I had ambitious plans for my time in Southern California – from trips along to the Pacific Coast Highway to canyon hikes, L.A. neighborhood explorations, museums, side trips to San Diego and Joshua Tree… but as so often, I barely crossed half of these things off of my to-do-list. Especially once the Italy trip got confirmed, during which I knew I wouldn’t be able to work whatsoever, I tried to get as much work done as possible so that I could head to Europe without feeling I’d be drowning in work upon my return to the U.S. I had to scrap my trips to San Diego and Joshua Tree, two things I’d been very much looking forward to (especially Joshua Tree where I haven’t been yet), but I have a feeling this won’t be my last time in Southern California, so I’m not too upset about that. 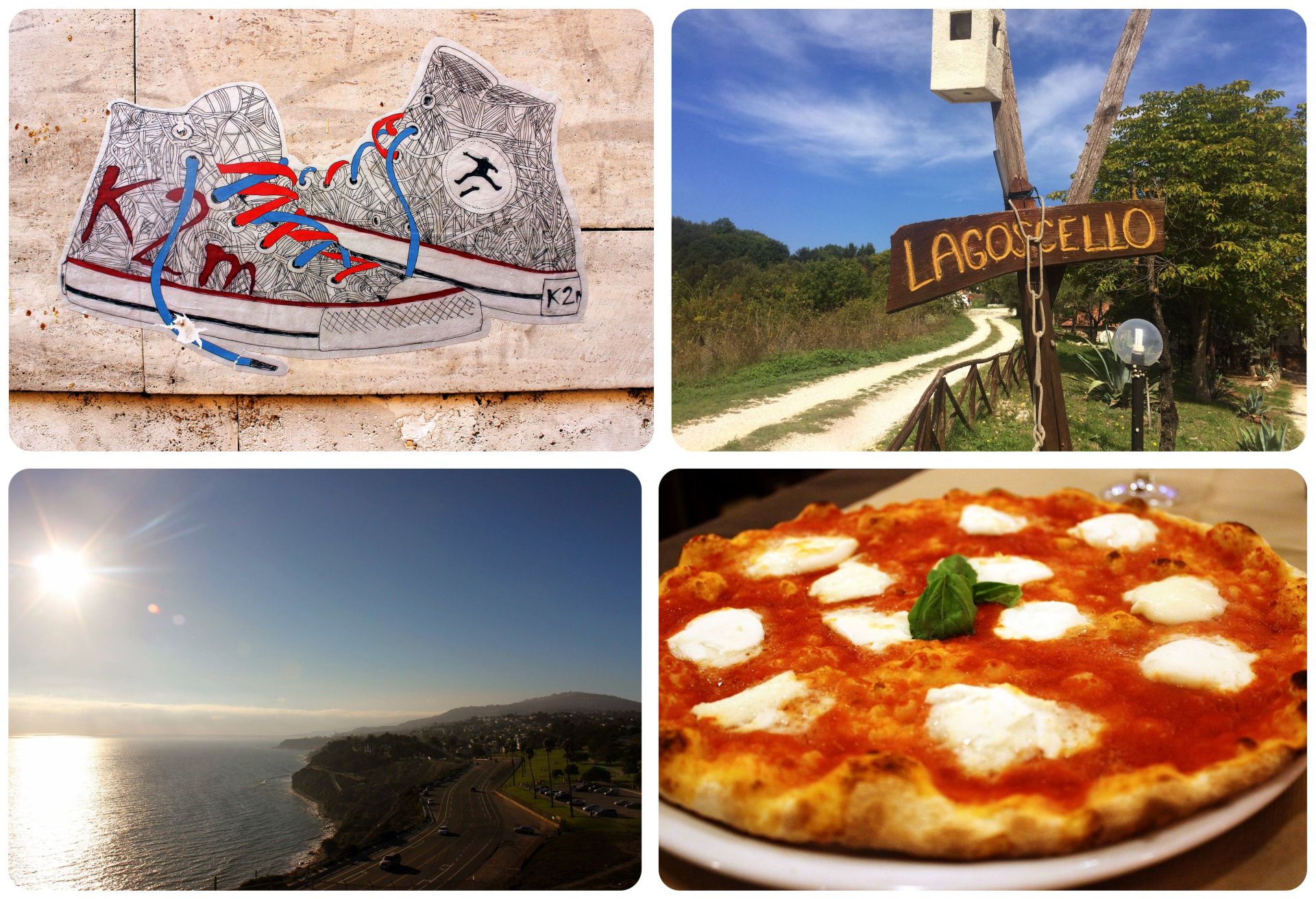 The trip to Italy didn’t get 100% confirmed until the week before I boarded my plane to Rome, but turned out to be a dream trip. I was able to walk parts of the historic Via Amerina which leads from Assisi to Rome and is one of five major pilgrims’ routes in Italy. The path ends – of course – at St Peter’s Basilica in Vatican City where we arrived on Wednesday in time for the Pope’s weekly audience. I will talk about the trip throughout this round-up but can’t wait to share more about my hike with you in detailed articles next month. 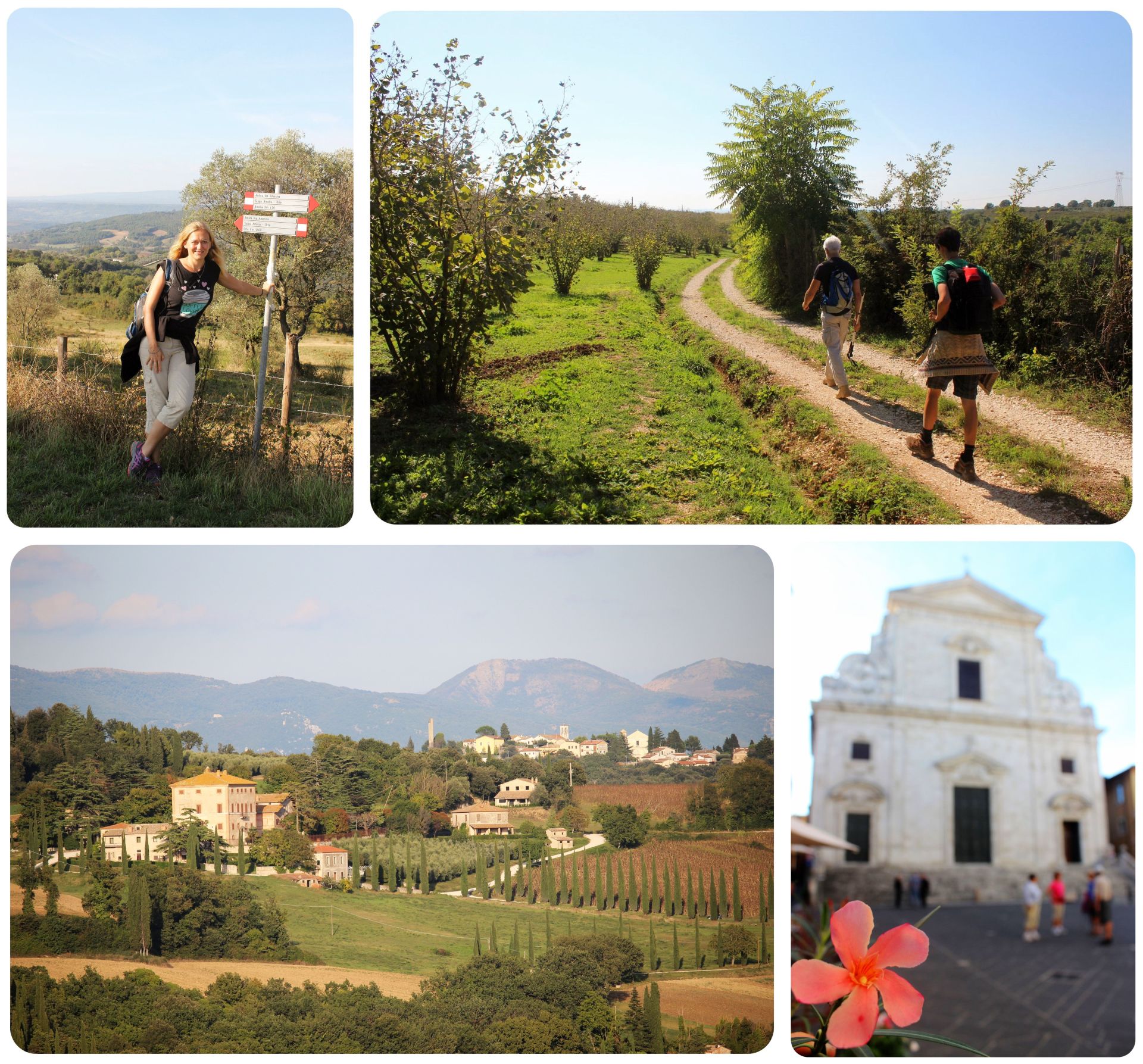 You might have noticed that I love multi-day treks: in the past couple of years I walked the 5-day Salkantay Trek to Machu Picchu, I walked the National Trail in Israel, and this year the 4-day jungle & mountain trek to the Lost City in Colombia. While I haven’t managed to find time to walk the Camino de Santiago (a 3-week trek through Northern Spain) this year, I managed to make time for a 5-day walk through Italy’s Umbria and Lazio regions.

The trip ended up exceeding my expectations by far, with 15-20 kilometer of walking per day through Italy’s picturesque countryside, followed by afternoon explorations of quaint little towns and gorging on scrumptious Italian food (and wines). My group of international hikers (Britain, Italy, Germany, Poland, Portugal and China were represented) got along great, and I got to know a region of Italy I hadn’t really known prior to this trip. 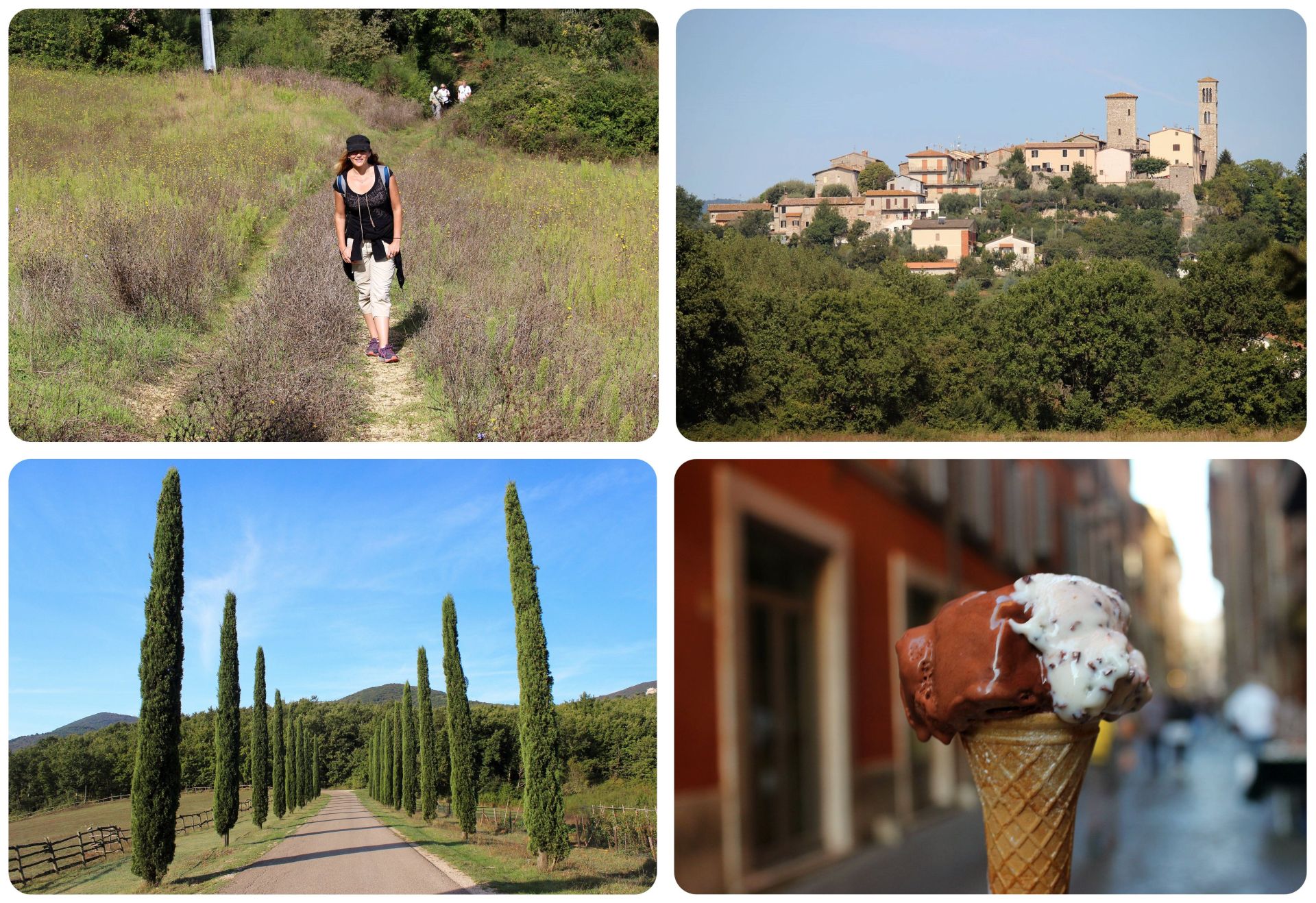 I hadn’t been to Rome in years, and finishing the walk in a city I love was the icing on the cake. My only regret is that I didn’t have more time – ideally I would’ve liked to spend at least a full week there – but I tried to make the most of the full day I had in Rome and vouched to be back soon.

I hadn’t been to Rome since I started traveling full-time and wasn’t sure if I’d still be as impressed by the city as I’d been on my previous three visits (which all happened before I got to know remarkable cities like New York, Buenos Aires or Hong Kong), but yes: Rome didn’t fail to impress me, even the fourth time around. The way historic landmarks are scattered around the city, right next to more modern, yet distinctively Italian architecture, and the historic significance of Rome make it exceptional in a way no other city compares to. 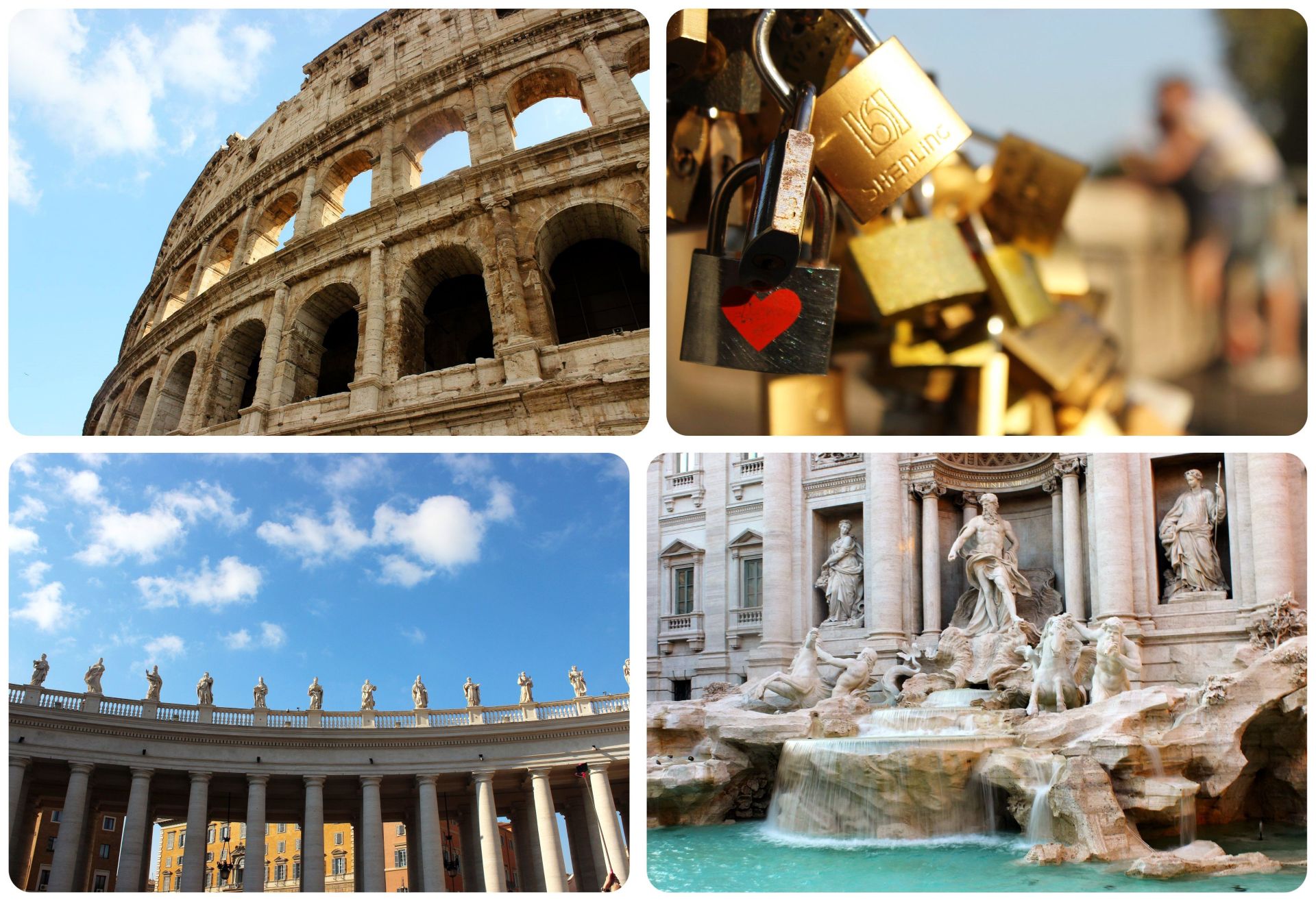 While I didn’t get around to drive up to San Francisco again (which I did in 2010), I did get around to drive the southern part again – not all the way to San Diego, but to Newport Beach. I’ve already raved about that trip in my Polaroid of the week, so I won’t bore you again with how much I love Southern California, but I felt truly blessed that I was able to do this coastal drive not just once in my life, but twice (and I have a feeling I might be able to do it a third time!) 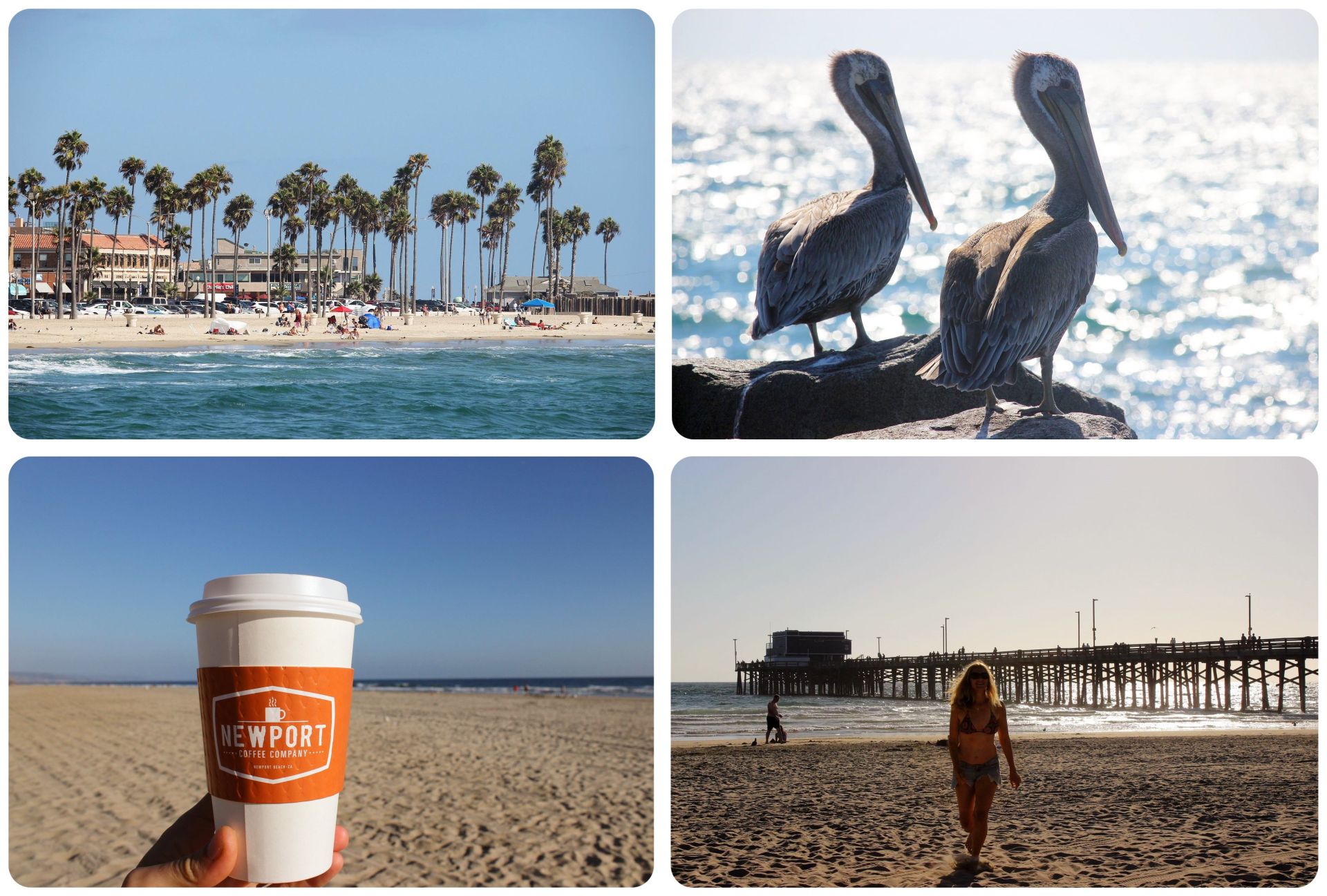 Another thing I’ve already raved about in a Polaroid of the week, but this was one of the top three things I really wanted to do while I was back in the L.A. area (the other two being Joshua Tree, which I didn’t get around to, and exploring Silver Lake, which I did do and wrote about here). After not using my feet a lot this month (except for my daily runs), this was the perfect preparation for my hike in Italy. 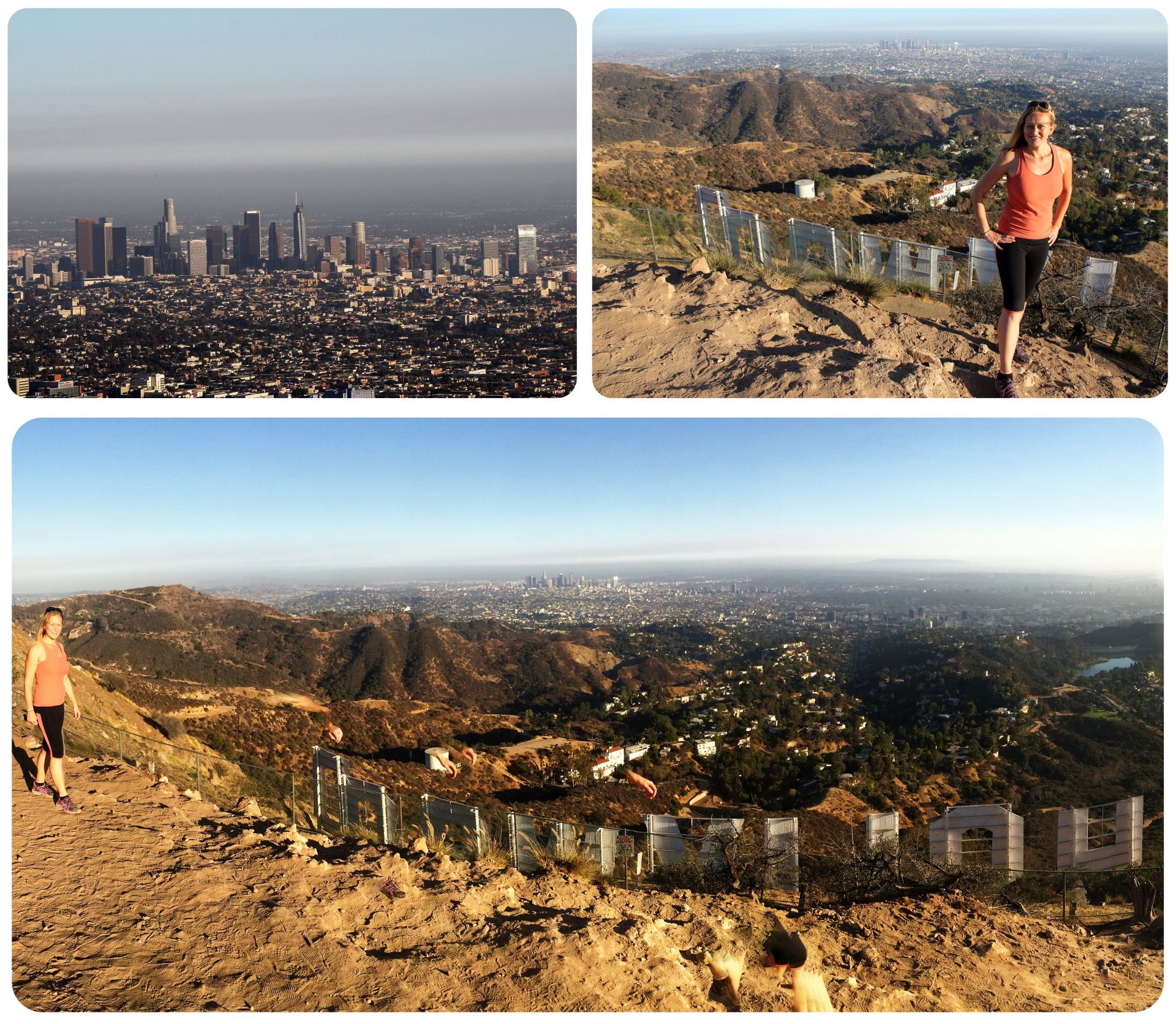 I was able to meet a couple of followers and Twitter ‘friends’ this month who turned out to be amazing people. Once again I couldn’t be more grateful for this little website and where it led me, and to the people I met through it. And then there was my hiking group which I’ve mentioned before was fantastic, and I am sure that I will see several of my fellow hikers again. 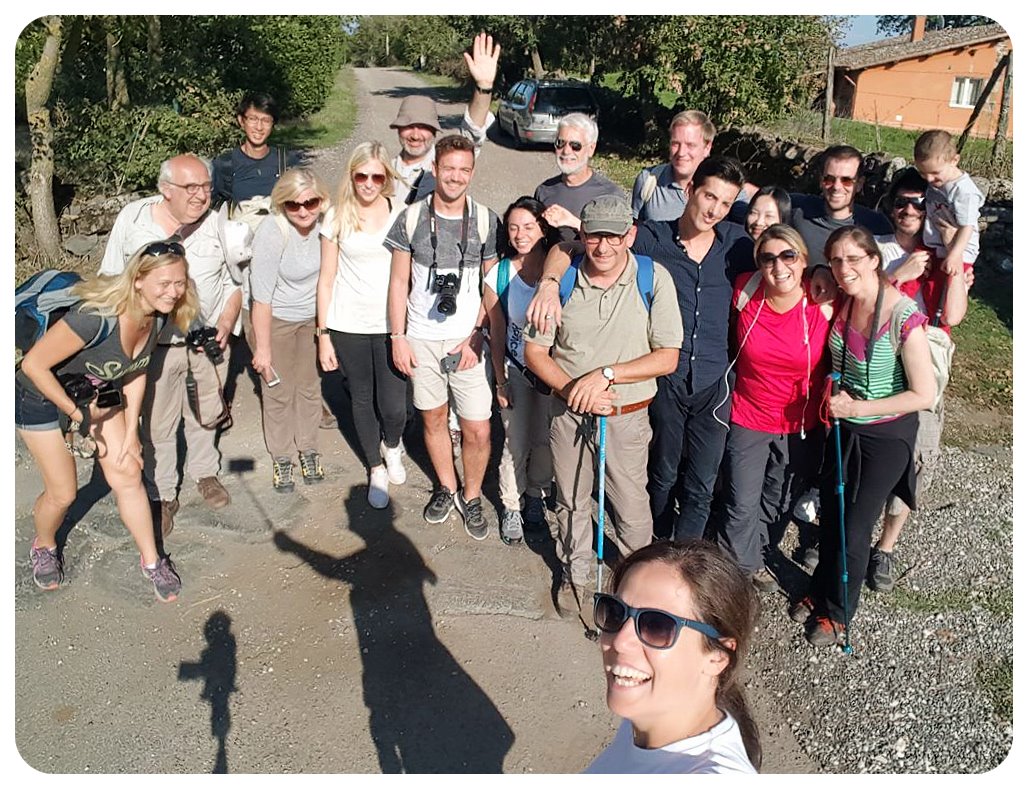 After being bitten by the dog I was dog sitting last month, I was somewhat afraid of Henry, my friend’s dog I was looking after in Long Beach. But my fears were completely unfounded: Henry was an amazing companion, and I am missing our daily cuddle sessions and our visits to the dog beach. I hope I’ll get to look after him again – one of the best dogs I’ve dog sat for, and you know that I’ve been looking after quite a few pets! 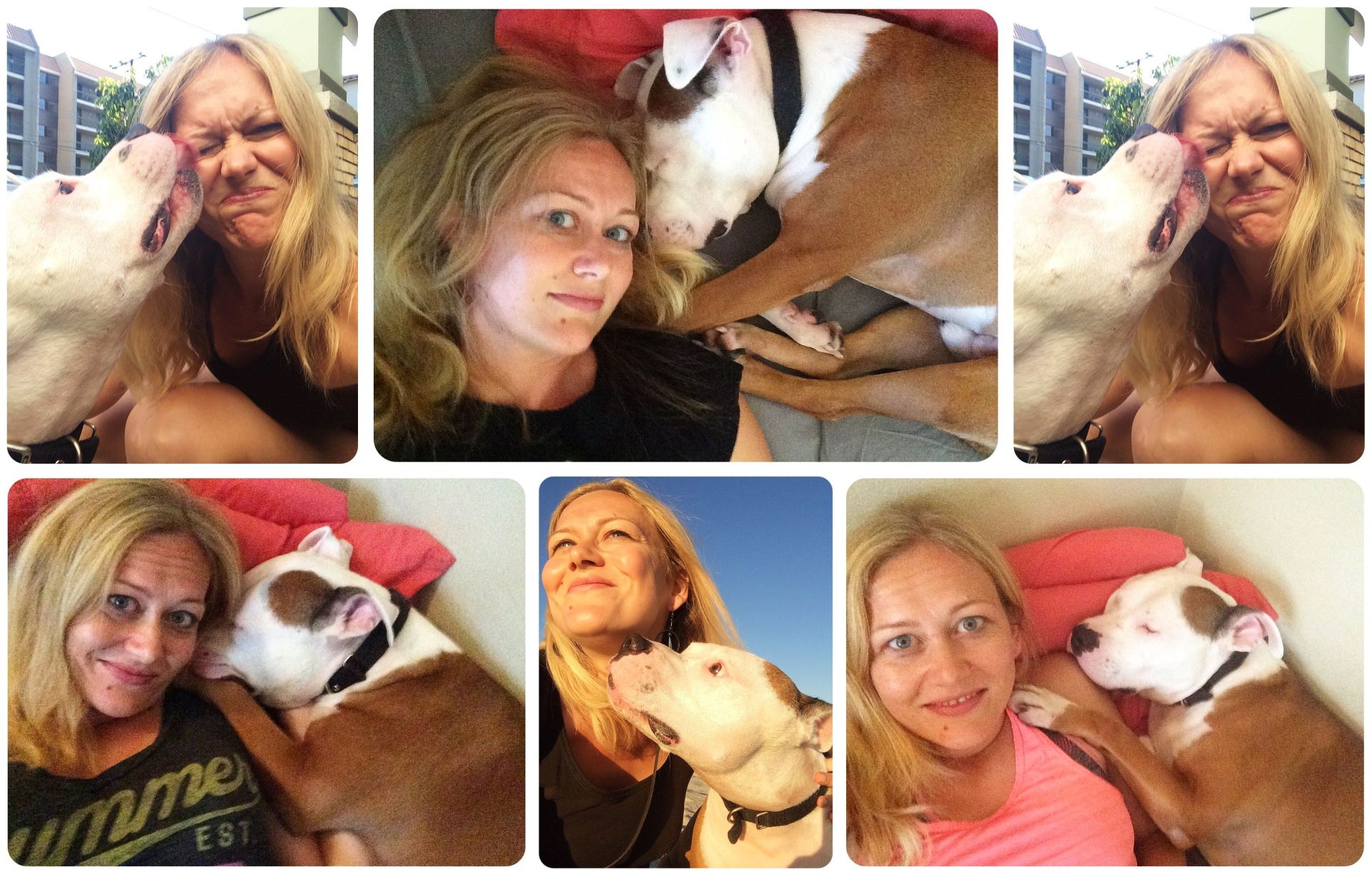 I feel like I just dealt with a broken phone (remember when my phone didn’t turn on anymore while I was in Germany in July and my iPhone had to be reset, causing me to lose a whole bunch of data?) and now, despite having invested in a decent glass screen protector, I somehow managed to scratch my screen. So much so that the left half of the touch screen isn’t working anymore, making my phone pretty much useless. This happened in Italy, and I am still not sure how, since it did NOT fall, but it was very annoying since I was shooting video on it, snapchatting, instagramming and using it pretty much all the time when I could get online instead of having to carry my laptop on the hike. I am still debating if I should replace the screen again (I had just replaced it in June) or get a new phone entirely, now that the iPhone 7 is out. 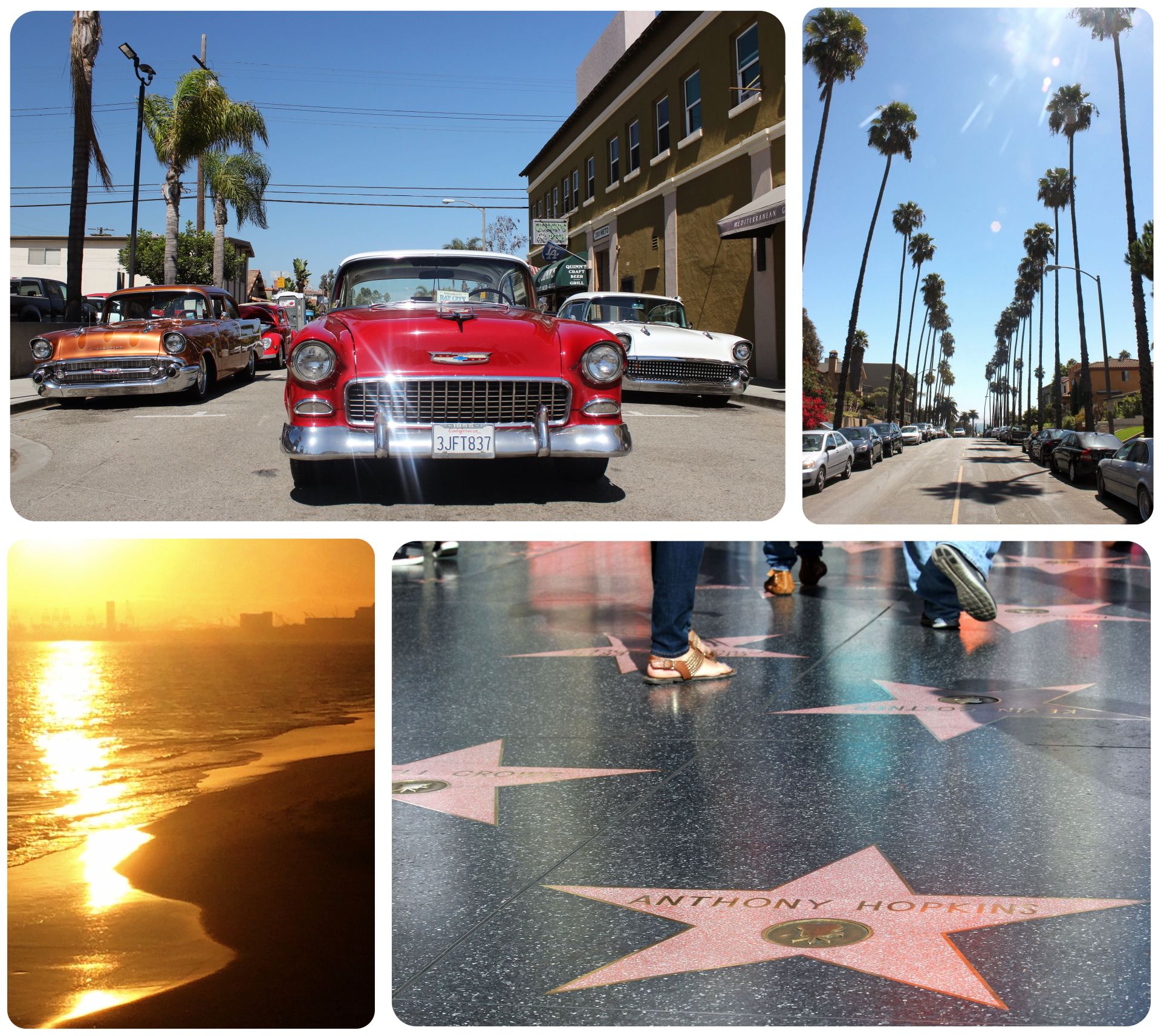 Need I say more? 😉 My friend who I housesat for left me her car, which I quickly realized without you are screwed in Southern California – public transportation is pretty much non-existent in the extended L.A. area, which means everyone is depending on a car. While I was super grateful to have a car to get around in, I was frustrated almost every time I went somewhere, because no matter what time it was I was sitting in traffic. Heavy traffic at 6am caused me even to nearly miss my flight to Italy. Luckily, the area where I was staying had plenty of coffee shops and restaurants in walking distance, so I wasn’t relying on a car.. and I had a bicycle which got quite a bit of use, too. 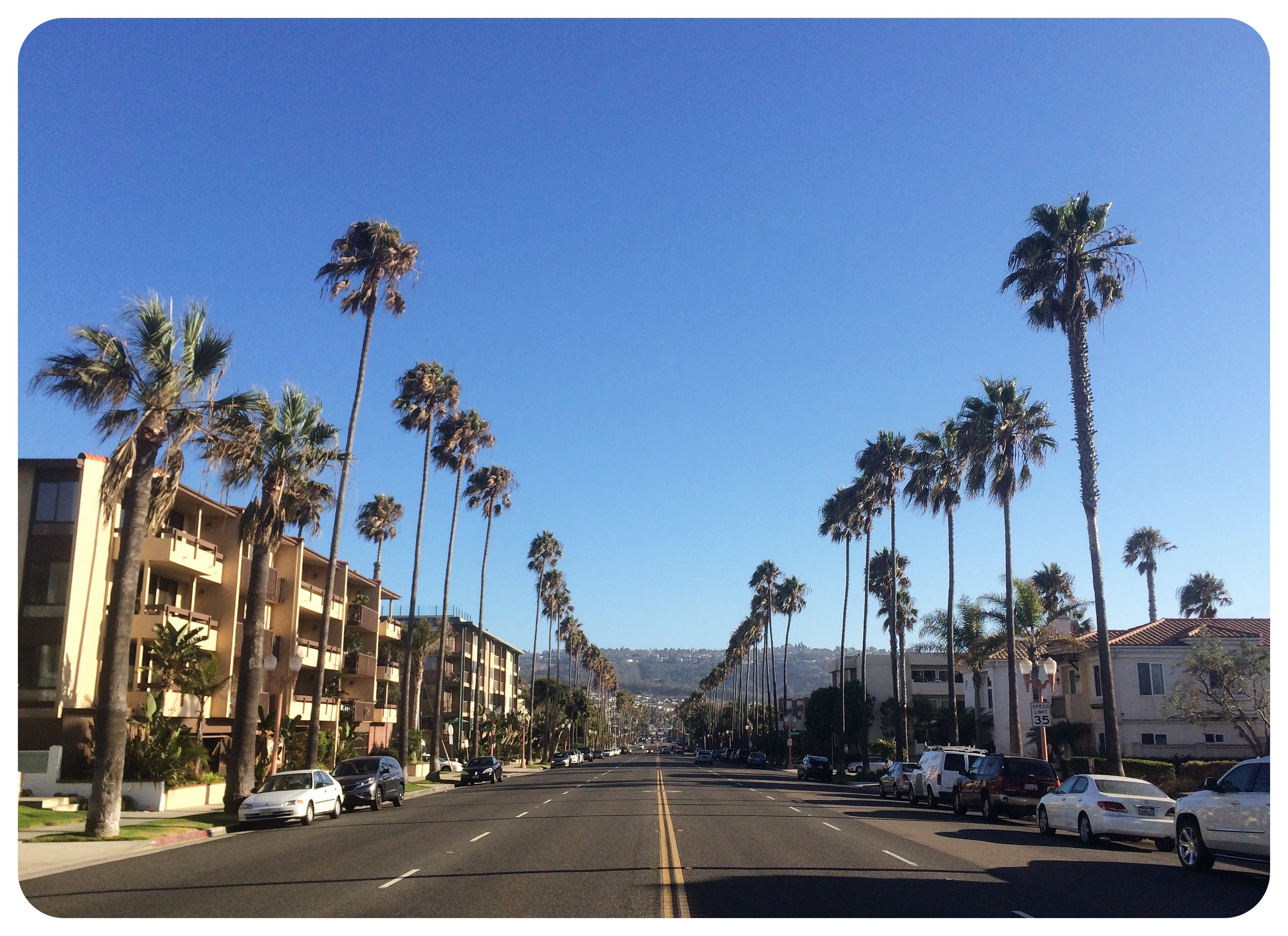 A bit of a funk

There were a few personal things at the beginning of the month that didn’t go as planned, which led me to fall in a bit of a funk. It took me a while to get out of again. So I wasn’t feeling as ‘social’ as I usually do, not socializing as much as I would’ve liked to and curling up on my sofa instead. Well, it might have also been a combination of Stranger Things, general exhaustion and the daunting thought of sitting in the L.A. traffic yet again that made me become a bit of a hermit for a couple of weeks. I guess things can’t always be perfect, and luckily I got out of my funk as soon as I arrived in beautiful Italy. This trip was just what the doctor ordered. 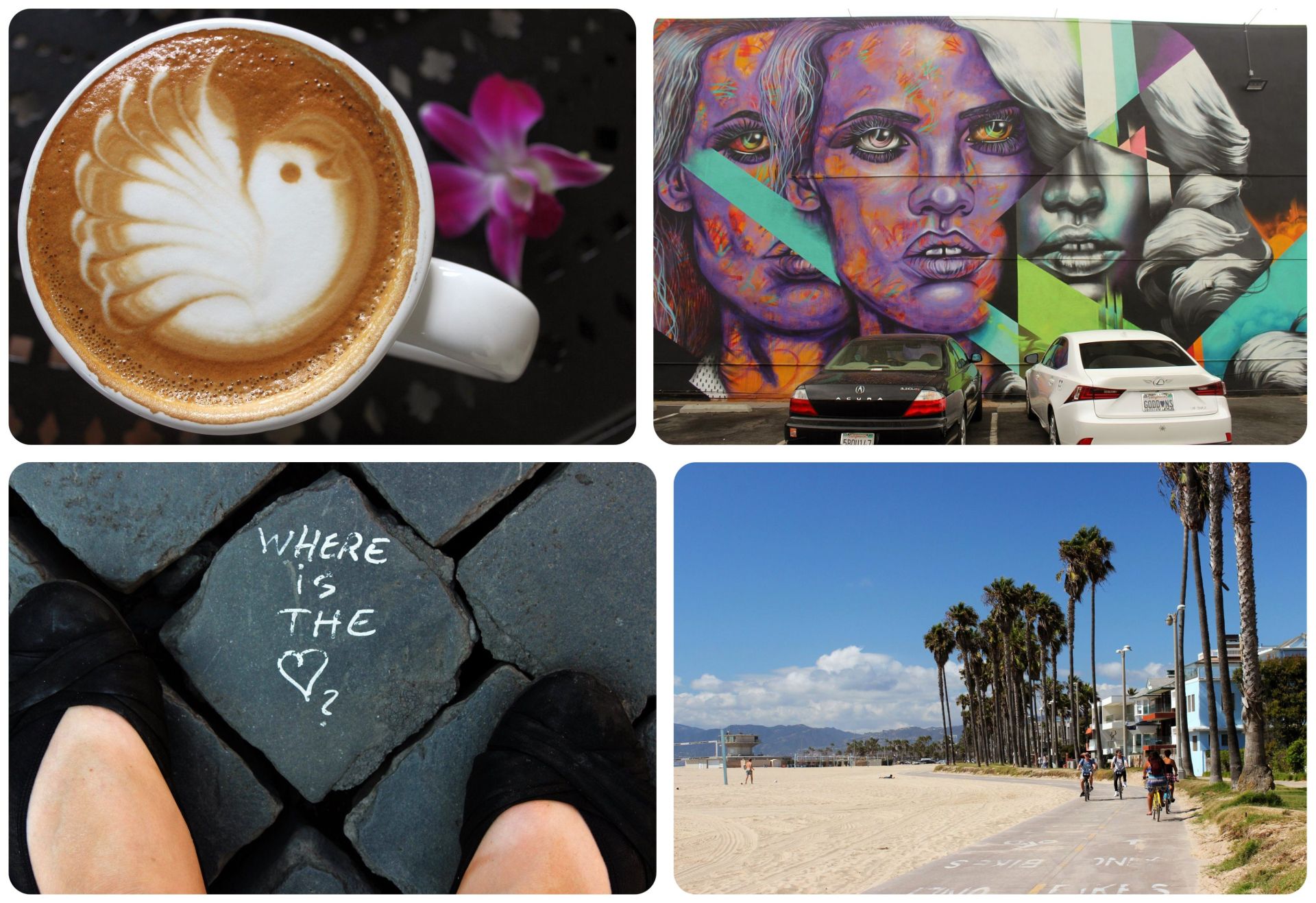 A bit of a funk doesn’t mean I enjoyed my time in Southern California!

I can’t believe that I am still talking about this, since this has been going on since June now (and I already bitched about it in last month’s round-up). My website is still giving me headaches – I couldn’t even publish this article in time because the site was offline! The site was down for several hours nearly every day, and it is simply embarrassing when readers email or tweet me that they can’t access the article they want to read. Even more frustrating? When this happens while I am hiking in Italy, unable to fix these issues or get in touch with my web host. Who, by the way, I threw a lot of money at this month to get a better hosting plan, but so far, this doesn’t seem like it worked. This will be the main thing on my agenda in October, since it is not only costing me readers but also income. 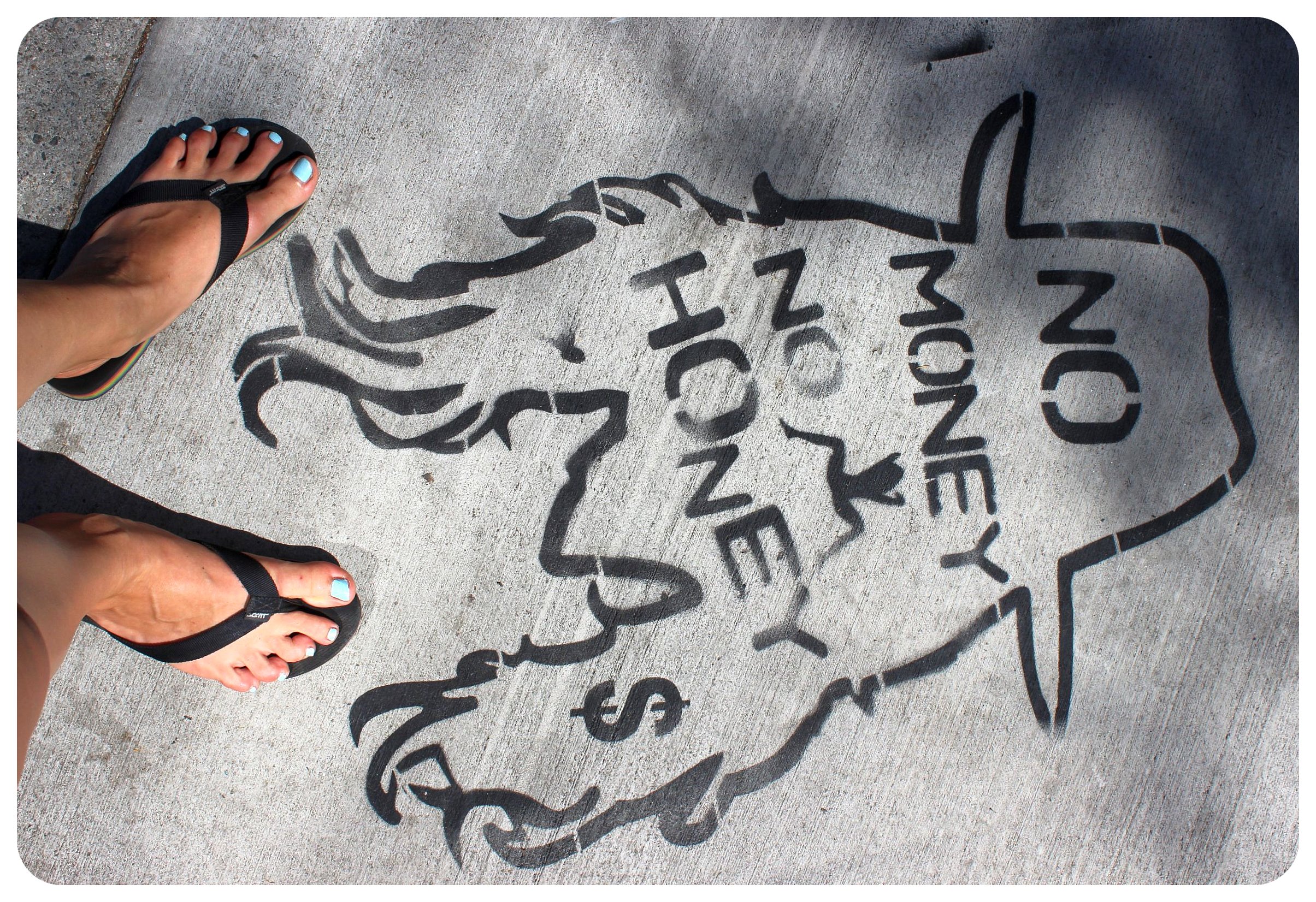 I haven’t written about lesbian travel in a while on Globetrottergirls, but I shared my thoughts on traveling as a lesbian over on Nomadic Matt’s Travel Site. Check it out here: Lesbian Travel: 4 Things To Know

I just arrived in Seattle, a brand new city for me! I will be spending the entire month here, giving me enough time to get a good feel for the city – one that I’ve been wanting to visit for a really long time. When I spent a month in Austin earlier this year I realized that this is just the right amount of time to get to see all the sights, go on a few hikes, eat and drink my way around town (after all the wine I drank in Italy I am so ready for some good craft beer!). Plus: I’ll have several special visitors coming to see me in Seattle which will make it even more fun, but I will tell you all about that in my October round-up (including what brings me to Seattle in the first place – hint: it involves tiny house living! If you don’t know what a tiny house is, click here) 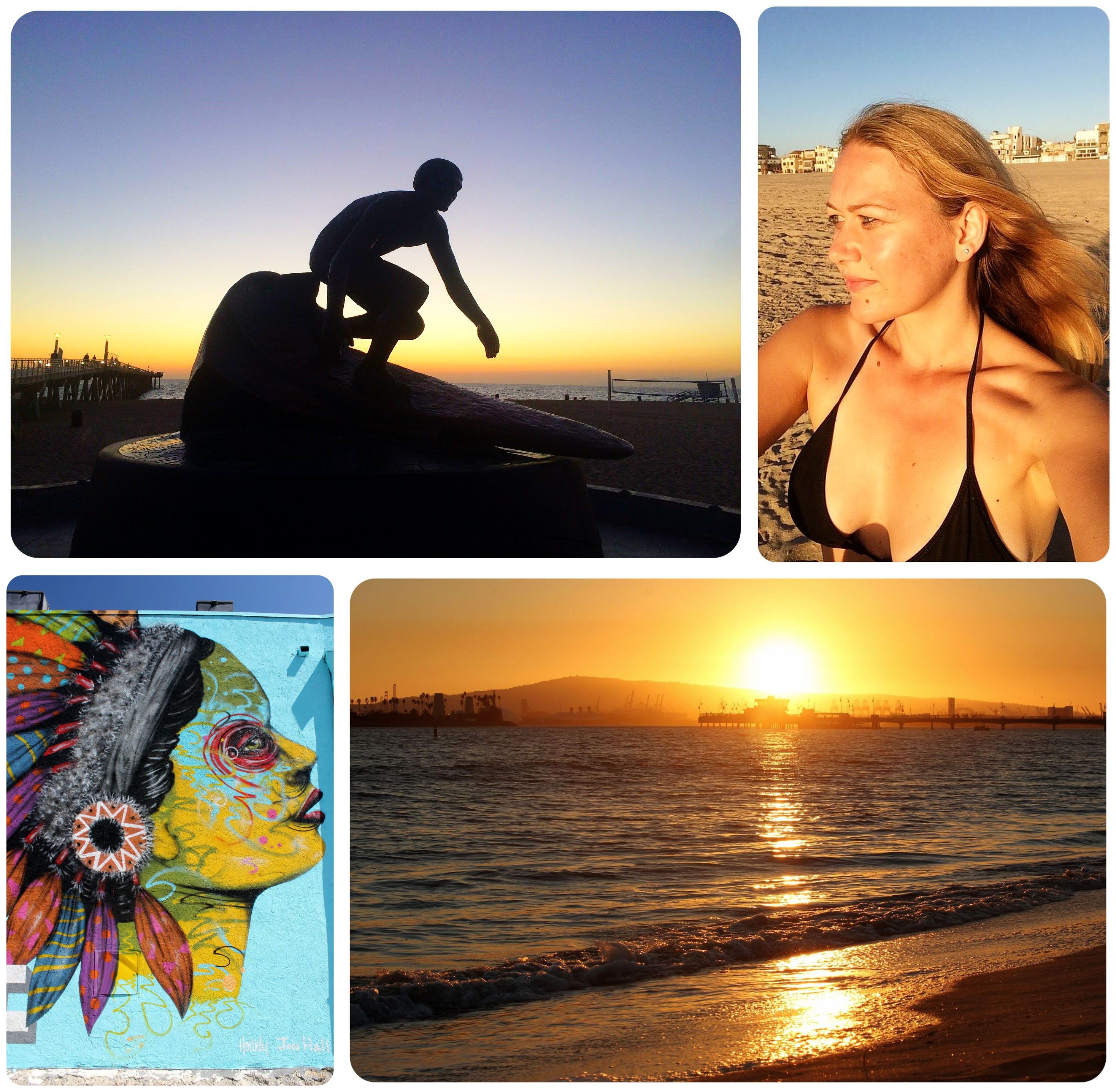 If you have been to Seattle and have some recommendations for me for things I should check out, please share them in the comments! And if you are in Seattle and would like to meet up, get in touch 🙂 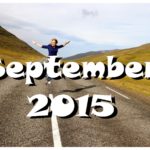 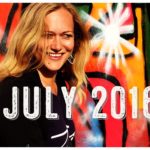 I really enjoyed your writting and pictures, hope our paths will cross one day . Karina ( Denmark )

I'm sure our paths will cross some day, Karina! Thanks so much for following my journey :)

If you want to meet up, I live in Seattle! I also work in green building so I know a bit about tiny houses. ;)

Yes, definitely, Leah! Awesome :D Send me an email and let's make plans :) I hope the rain will stop at some point ;-)