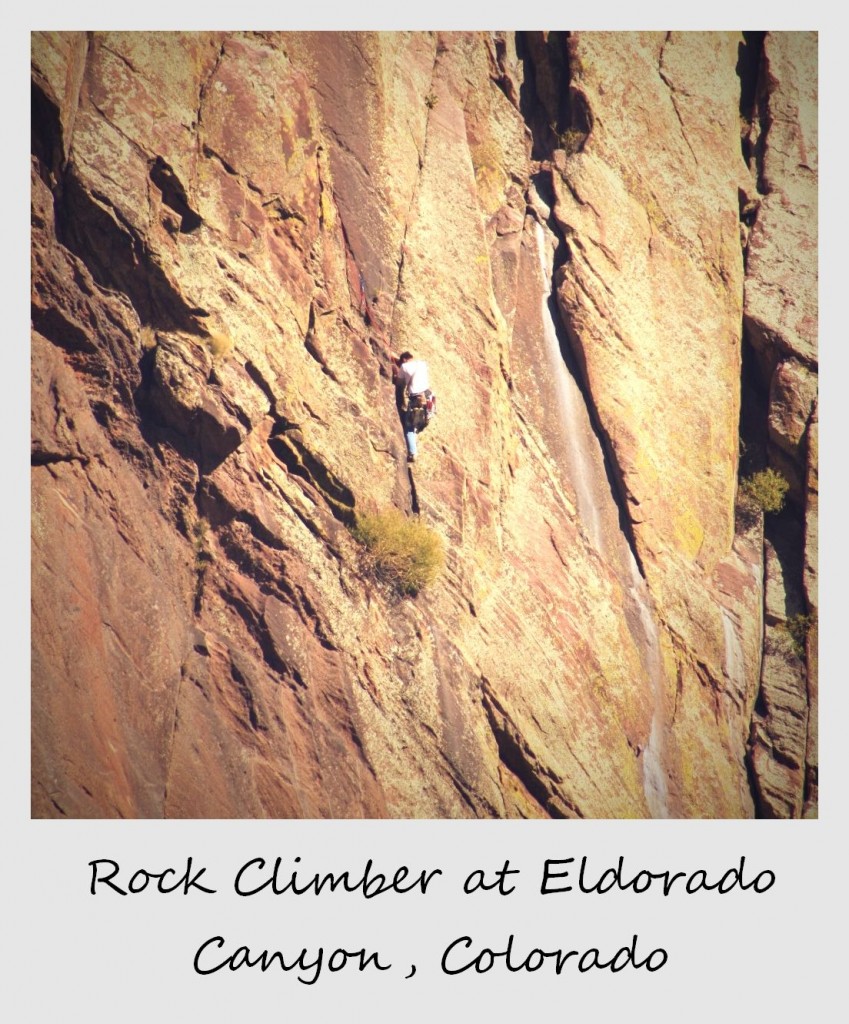 We arrived in Colorado last week to perfect fall weather and took advantage of the blue skies and sunny days by going on a lot of hikes and walks in the mountains. One of the best hikes this past weekend was a trail along the steep rocks of Eldorado Canyon, where we watched dozens of rock climbers conquering the enormous sheer red walls of the canyon. Can you spot the climber in the photo?

With temperatures over 80 degrees, many of the climbers were comfortably climbing in bare feet. It was hard to believe that ski season begins here next month! The snow covered peaks of the Rocky Mountains are so breathtaking, there is no question why so many ski lovers come to Aspen or Vail! 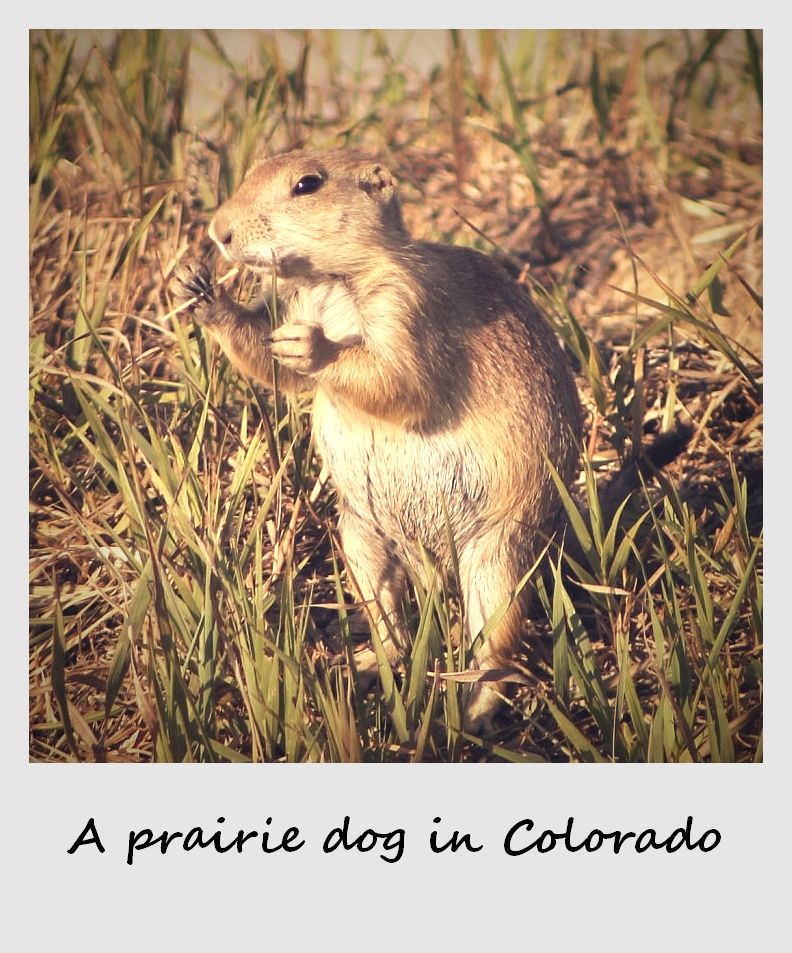 I have a bit of weakness for the cuter rodent varieties we always see in the US, like squirrels, which Jess does not quite comprehend. But when we went to Colorado together for the first time last Fall, I noticed these furry little rodents popping their heads out of holes in the ground everywhere along the roads in the Denver / Boulder area.

We learned that these are prairie dogs, which I had never heard of and was instantly fascinated by…but even Jess can’t get enough of watching them! To be honest, they are really fascinating creatures when you know a bit more about them. Prairie dogs create complicated tunnels and chambers underground, with exits marked by mounds of packed dirt on the surface. Inside these underground burrows, there are sleeping quarters, nurseries, even toilets! The largest ‘prairie dog town’ ever found was located in Texas (everything’s bigger in Texas, of course!). It covered 25,000 miles and was home to four million prairie dogs. Out where we were, our favorite group prairie dogs were working with a little over two acres worth of suburban space.

The minute you get too close, one brave soul stands erect on top of one of their holes and lets out a long, shrill yelp. This alerts their builder buddies to the stranger danger, and everyone makes a mad dash for the nearest tunnel. The town crier stays out until the very last minute before dropping down and joining his friends. Even though these little guys are great at protecting their communities, due to the massive conversion of the Great Plains into pastureland in the last century, the number of prairie dogs has been reduced over 98 per cent from their once 5 billion strong population.

Naturally scared of humans, the biggest threat to their existence, they are difficult to photograph, but when we returned to Colorado last month, I found a good way to watch them without disturbing them: like paparazzi with a long lens out of the car window. This is how I got the shot of this little cutie!

Do you think they are as cute as I do?