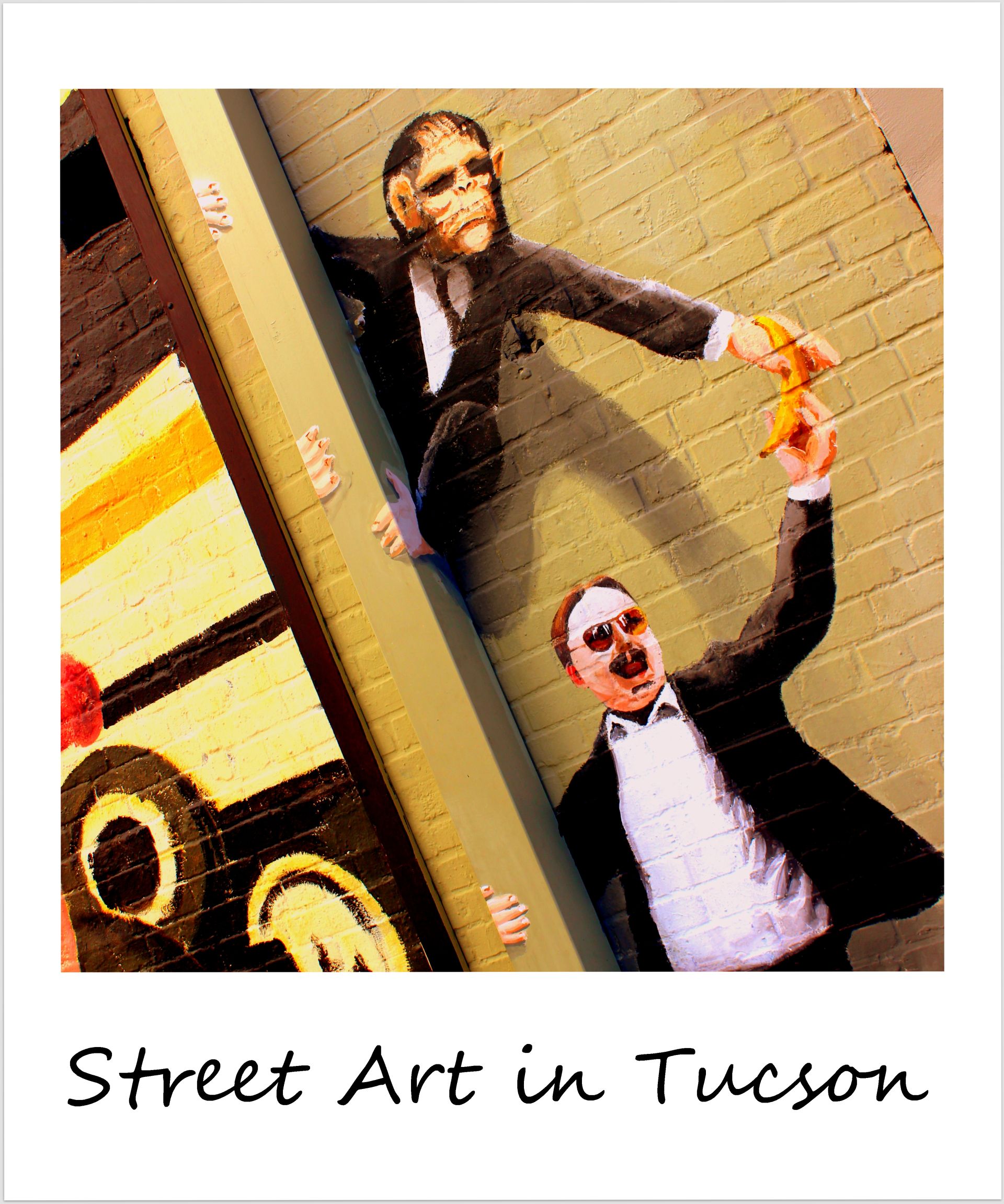 When I came to Tucson the first time back in 2010, I went downtown one or two times. That’s it. Why? Because there just wasn’t anything to do there. Barely any eateries, no good coffee shops, no stores – like in so many cities, the downtown retailers had shut down after more and more malls had opened closer to the ever growing suburbs. By the late 70s, downtown Tucson was basically abandoned. Only in the mid-2000s plans were made to revive the city center, and I am impressed about the successful revival this part of Tucson has seen over the past few years.

Every time I come back, more coffee shops, bars and restaurants have opened, buildings have gotten a facelift, a couple of years ago the tram route was reintroduced. This year, I’ve been to the city’s core more times than ever before – maybe even more often than all my previous visits combined! There are now more restaurants that sound like they are worth a visit than I could fit in my stay, breweries that serve local craft beer and a pizzeria serving craft pizza that rivals New York City pizza. Nearly 50 eateries and bars have opened downtown in the past five years! My favorite coffee shop in town, Cartel Coffee Lab, has just opened a giant new downtown branch that could fit right into Williamsburg, Brooklyn. Every time I am downtown, I am in awe about how much the city’s changed and how different it feels from my first visit with buzzing bars and restaurants now – it is as if the Tucsonians had just been waiting for this resurgence. My three-year old Tucson guide is in urgent need of an update!

What caught my attention immediately weren’t just the beautifully restored old facades, but also the new murals and street art pieces that were commissioned on some walls. 4th Avenue, where lots of restaurants and independent shops are located, has several flower pots with iron heart sculptures specifically designed to hold love locks, which were only introduced this year, but have seen lots of use by lovers already.

While on previous visits I was never sure if I’d return, this time around I have no doubt that I’ll be back. The revival of the downtown and historic center are nowhere near finished yet, and I can’t wait to see how the city will evolve over the next few years.

[…] also couldn’t be happier about my decision to return to Tucson for another housesit – and this time around, with a first-time Arizona visitor in town, I got to […]

I had no idea that Tucson had become so hip. I was there in 2009 and did not know what to make of it. I remember feeling badly for all of my friends who had spent four years living there during college. But I guess there is something to Tucson after all. Plus, any place that has cool street art is a winner in my book!

I had no idea either ;-) Like I said, when I visited downtown Tucson for the first time in 2010 I didn't even bother going back for another visit. And now there are all these chic and trendy restaurants and bars and the downtown area, which was dead back then, is busy even on weeknights! Time for another visit maybe, Justine? ;-)