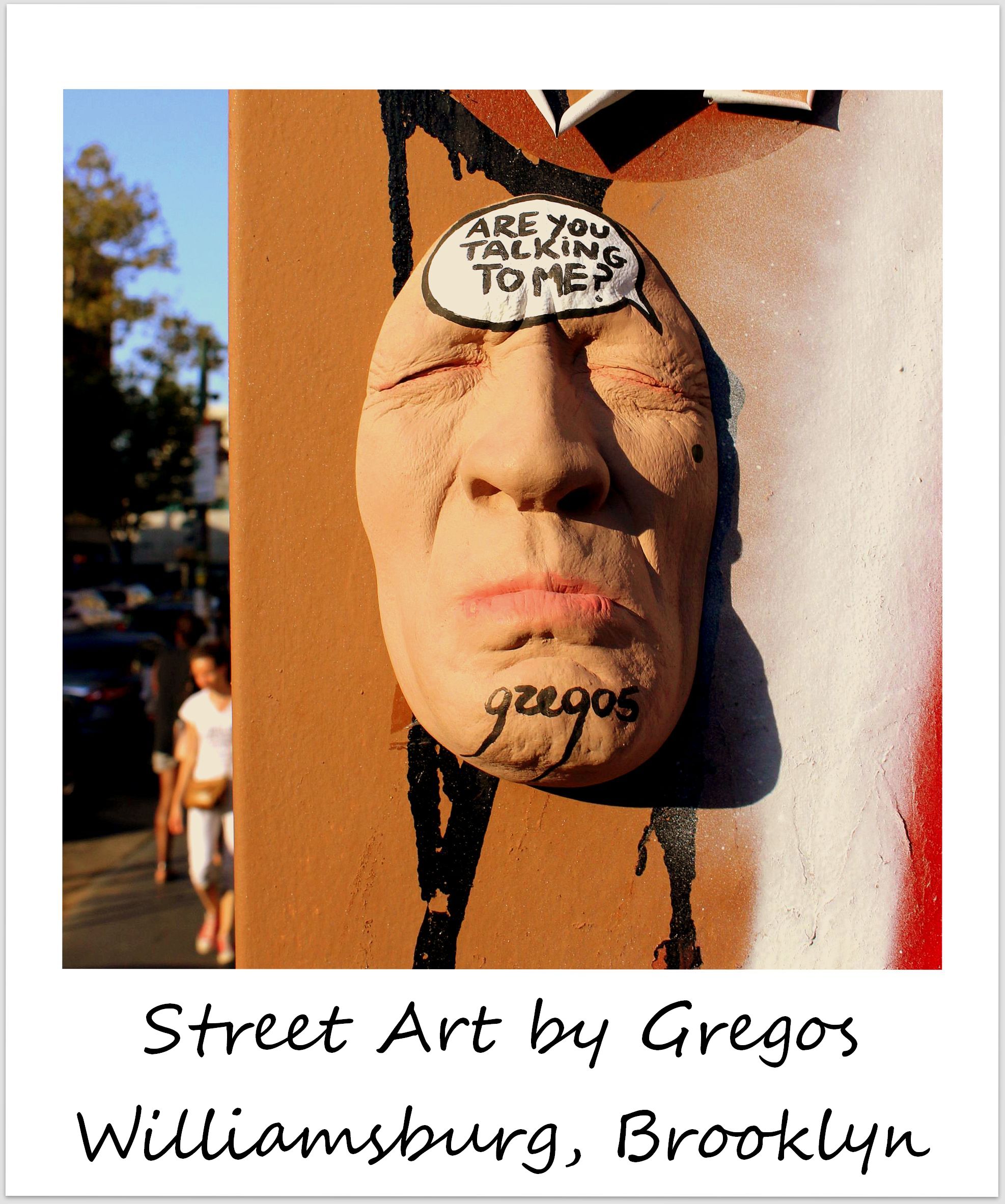 My last week in New York (for now) rolled around, and so I decided to take some time off and not hide behind my laptop the whole time, which is what I had done pretty much all month. Instead, I made time to hang out with friends and enjoyed a few more of my favorite summer activities in New York – cycling, sunset picnics, food markets and al fresco dinners (on a rooftop no less!). This year, I also got to kayak on the East River, something I’d been wanting to do for the past two summers. It was just as awesome as I expected it to be, and was a good reminder that I need to get into a kayak more often (the last time I was in a kayak was in May in Austin).

And I went on a street art walk in Williamsburg, hunting down some new graffiti pieces and murals, which I love doing, no matter if I’m in New York or in Bangkok or Buenos Aires. A highlight of that day was stumbling upon a Gregos face – exactly a month after stumbling upon one in Berlin. I was excited when I read in July on Gregos’ Facebook Page that he had just finished a project in NYC during which he plastered his face in 3D 74 times all over the city. I couldn’t wait to see some of them, but it took me nearly a month to spot one (and it should be the only one I got to see)! I’ve seen his faces (actually his very own face, always molded with varying expressions) in Berlin and London, and am hoping to find one in L.A. where I am right now.

The French street artist started his ‘face art’ in Paris, then plastered them all over cities across France, and finally ventured beyond his home country with stints in places like Japan, Malta, Brazil and Greece. Sometimes his faces are smiling, sometimes they’re sticking out their tongue, sometimes they look sad – and they’re always painted in different colors. Some are just glued onto a wall, others incorporate the surrounding wall into the piece, resulting in completely unique artwork. Check out the list of cities where you can find his faces (there are over 1,000 now) – maybe there’s one near you! If you spot one, share a photo of it on my Facebook Page 🙂

For a more detailed look at everything I got up to in August, check out my monthly round-up: Life Lately & Upcoming Travels; August 2016 Edition.