I have to admit that when I visited Buffalo, New York, I didn’t quite know what to expect. Most people who come to the area seem to rush straight to Niagara Falls, without paying much attention to Buffalo. After spending some time there, I wish travelers would pay more attention to Buffalo though – the city kept surprising me with its fascinating history, thriving art scene and recent renaissance of neighborhoods including the downtown area, which is filled with gorgeous art deco buildings.

Before I share more about my time in this fascinating city, I’d like to introduce you to ten Buffalo facts that I learned there that you might not know and that may surprise you: 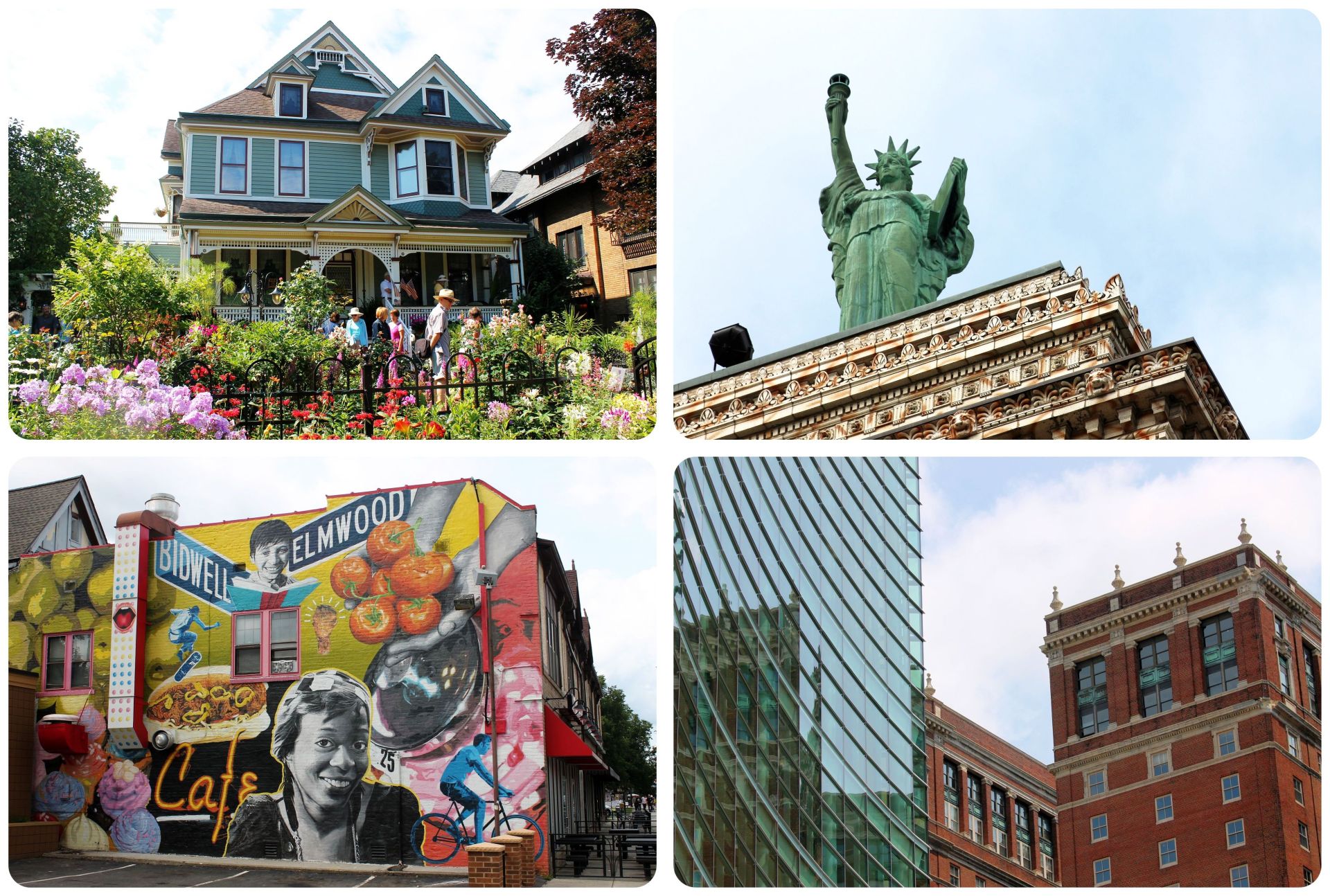 10 Buffalo facts that may surprise you

1. Buffalo is filled with architectural gems 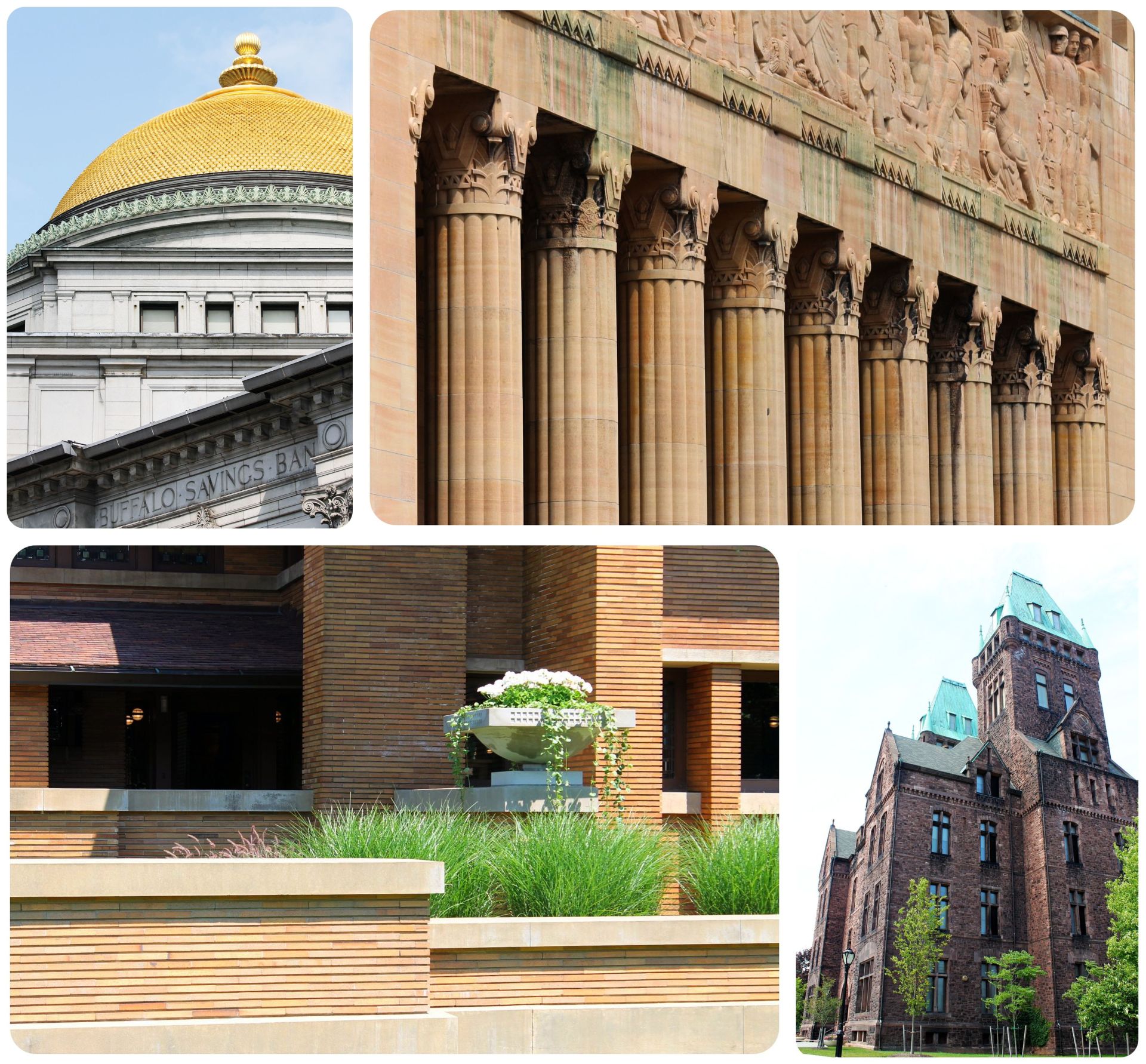 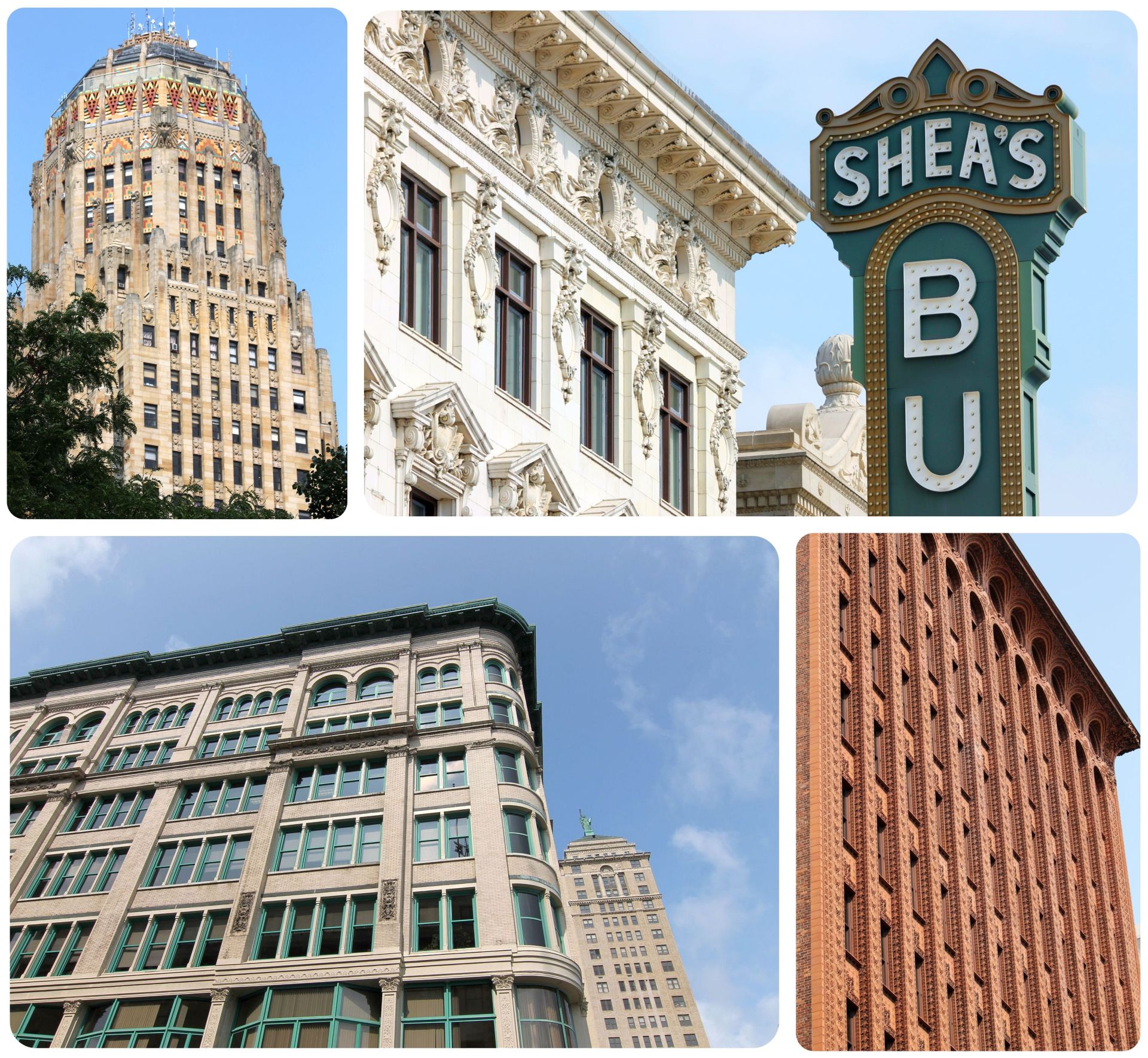 Back in its hey day, Buffalo also attracted many wealthy businessmen with money to spend on architects like Frank Lloyd Wright (who built five buildings in the area: three in Buffalo and Darwin Martin’s summer vacation residence on the shores of Lake Erie). Only Chicago has more Wright buildings than Buffalo, New York!

2. Buffalo is a pioneer in many ways

3. Buffalo is the second biggest city in New York State

Did you know that Buffalo was the second most populous city in the state of New York? I thought for sure that title would go to Albany, the state’s capital, but it is in fact Buffalo that takes 2nd place after New York City. A surprising Buffalo fact!

4. Buffalo has a booming art scene

5. Buffalo is the inaugural site of Theodore Roosevelt

I was surprised to learn that Theodore Roosevelt was inaugurated in Buffalo, New York wand not in the nation’s capital. An inauguration that doesn’t take place in Washington, D.C. is very rare, and Roosevelt was sworn in in Buffalo because President William McKinley was shot while visiting the 1901 Pan-American Exposition in the city. After McKinley died from his mortal wounds, Roosevelt was inaugurated as the 26th President of the United States in the Wilcox Mansion, which is now a museum dedicated to the inauguration and other happenings from that era. The beautifully restored mansion combines old and new by displaying exhibits from the Pan-American Exposition and offering some fantastic interactive features that make it fun to learn more about the inauguration and the events surrounding it. My favorite feature: the desk in Roosevelt’s recreated presidential office where I could play president and create a newspaper with headlines about myself 🙂 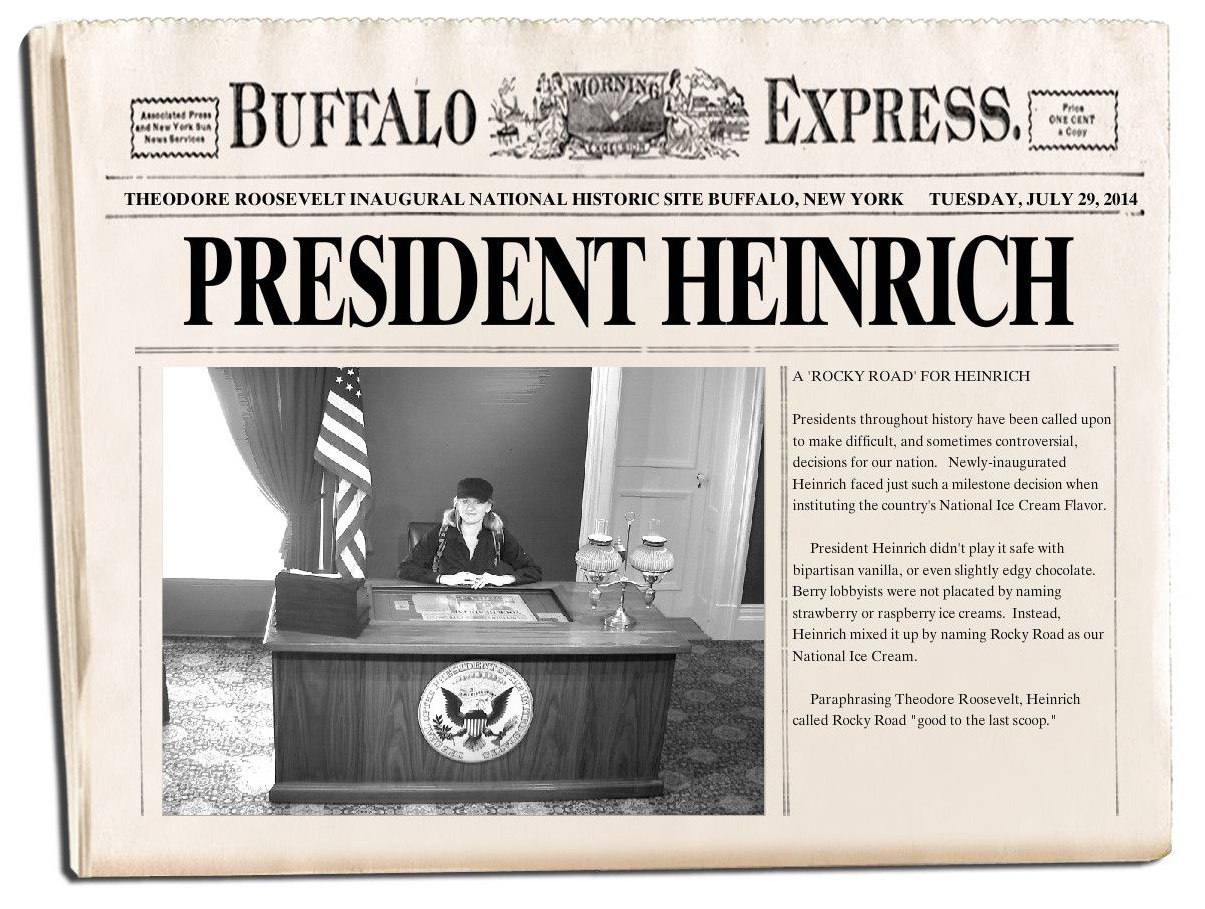 Thanks to the city’s location right at the confluence of the Buffalo River, the Niagara River and Lake Erie; Buffalo has a large waterfront –  a Buffalo fact not a lot of people know. The city’s waterfront is one part of the city that has been seeing a big renaissance in the last few years, offering a range of walkways and restaurants as well as fun activities throughout the summer – people gather here for outdoor movies and concerts, artisan markets and free yoga classes on the grass here. Alternatively, you can take a historic river cruise from here to see the massive grain elevators, which were a major contributor to Buffalo’s wealth at the turn of the 20th century, close-up, or take a boozy cruise around Lake Erie. 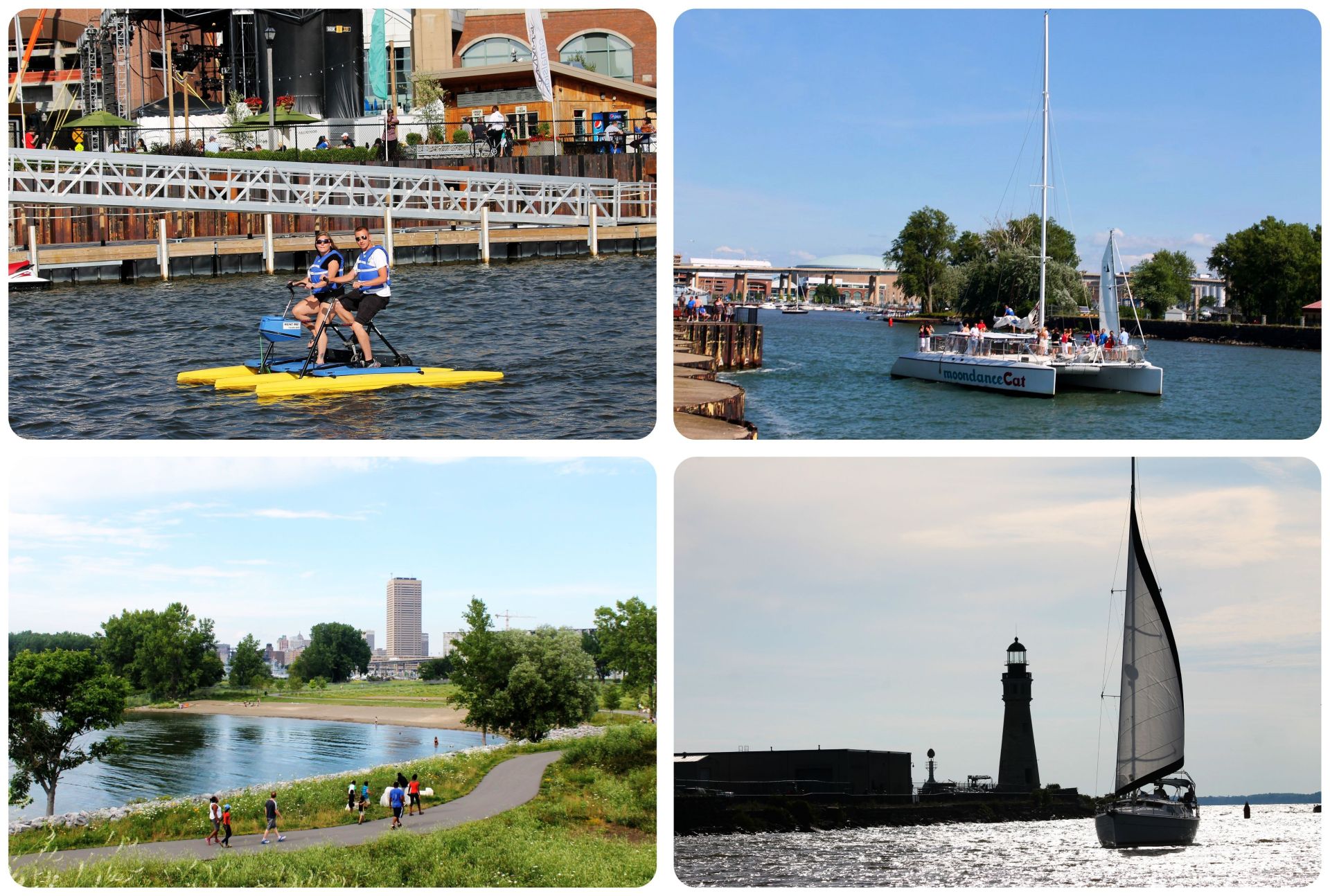 7. You can cross into Canada from Buffalo

8. Buffalo is a festive city

This was one of the most surprising Buffalo facts I learned: In the early 1900’s, Buffalo had more millionaires per capita than any other city in the United States! That was around the time when Buffalo was an important railroad hub and stop along the trade route from East to West, plus the largest grain-milling center in the United States. When the St Lawrence Seaway was opened, replacing the Erie Canal as the most significant waterway in the region, and Amtrak rerouted trains to nearby Depew, the steel industry and grain milling declined and consequently, Buffalo’s prosperity dropped. But you can still see many of the millionaire’s mansions along Delaware Avenue, which was known as Millionaires Row back in the day.

The diverse food scene was probably what surprised me most about Buffalo. Obviously, there are Buffalo Chicken Wings which are famous throughout the U.S. (but aren’t anywhere as good as at the Anchor Bar, the birthplace of the original Buffalo Wings!), but thanks to the city’s ethnic diversity, however, there is also a wide range of international restaurants to be found and the list of places I wanted to eat at was impossible to work through – I would’ve needed to eat constantly to try all the restaurants that I wanted to try. A fun Buffalo fact: There are currently 904 restaurants listed on TripAdvisor for Buffalo – which shows you how much of a foodie town Buffalo is. I’ll write about Buffalo’s restaurant (and food truck!) scene more later, but favorites of mine included Hutch’s (contemporary American cuisine), Left Bank (Italian food) and the Westside Bazaar with its selection of African, Indian and South East Asian food stands. 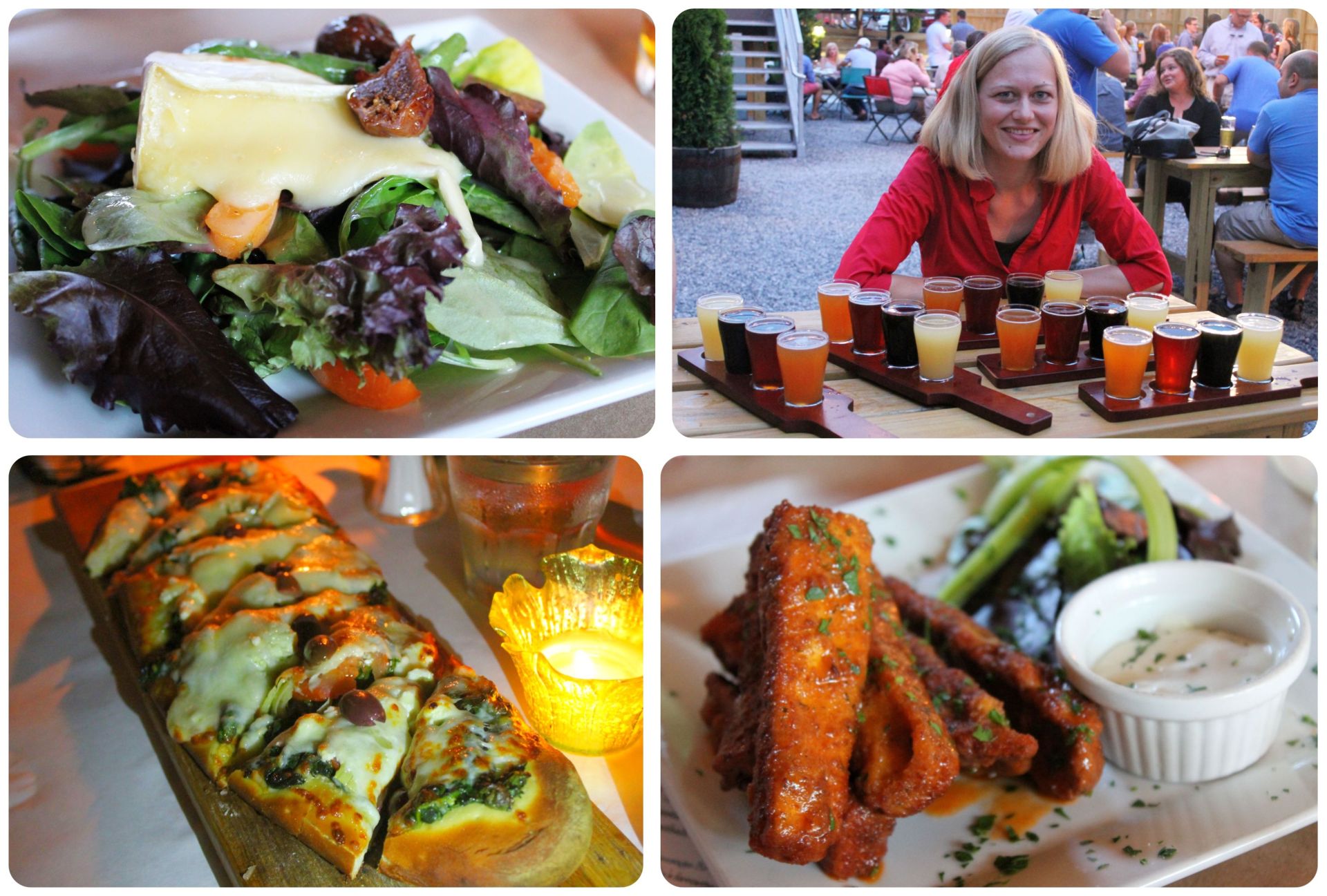 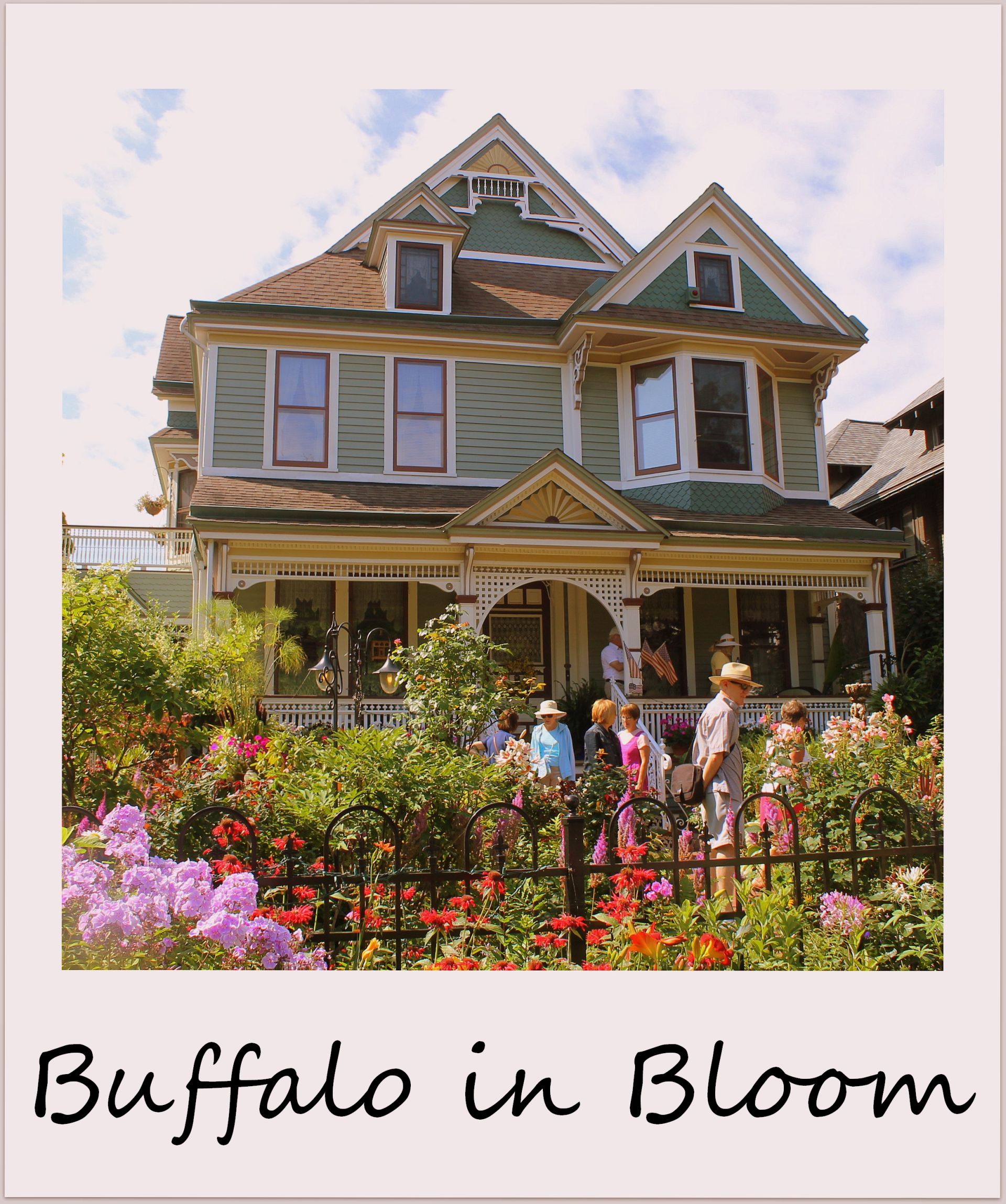 I just returned to New York City from Buffalo, where I spent nearly a week. A welcome escape from the Big Apple, where life has felt pretty rushed lately. (That might be because I am trying to fit in as much as possible before I leave next month.)

Buffalo was a complete surprise – I had no idea the city was filled with groundbreaking architecture, world class art, historic sites, quirky neighborhoods and good food! I’ll tell you all about my visit shortly but as a quick teaser: I saw five (!) Frank Lloyd Wright houses – plus one mausoleum designed by him -, paintings by the who’s who in the art world (think Picasso, Miro, Matisse, Warhol, Monet, Van Gogh …), cycled 30 kilometers through the town’s different neighborhoods, visited Niagara Falls, toured the beautiful Forest Lawn cemetery and saw the fascinating abandoned grain elevators on a river cruise, marveled at Art Deco buildings and Victorian houses, sampled local micro-brews and in lieu of famous Buffalo chicken wings I tried Buffalo eggplant wings, which – trust me – are just as delicious.

I also happened to be in town for the annual Garden Walk Festival, during which 380 locals open up their gardens to the public. You can just wander around town with a map and go on a self-guided garden tour, pop into the houses that participate in the festival, and admire their fabulous and well-designed gardens, which range from artistic and exotic to more traditional Japanese and rose gardens. I loved seeing the garden owners proudly show off their gardens, offer lemonade and talk with visitors about flowers and gardening. I am a huge flower lover, so the sight of all these gardens made my heart smile.

How did you spend your week?

We are dreaming of a beach vacation…