This month I spent between three US cities I love: New York, Austin and Tucson. I also road tripped through the Southwest, visited Dallas for the first time, and spent time with some amazing people. Overall, a great month. 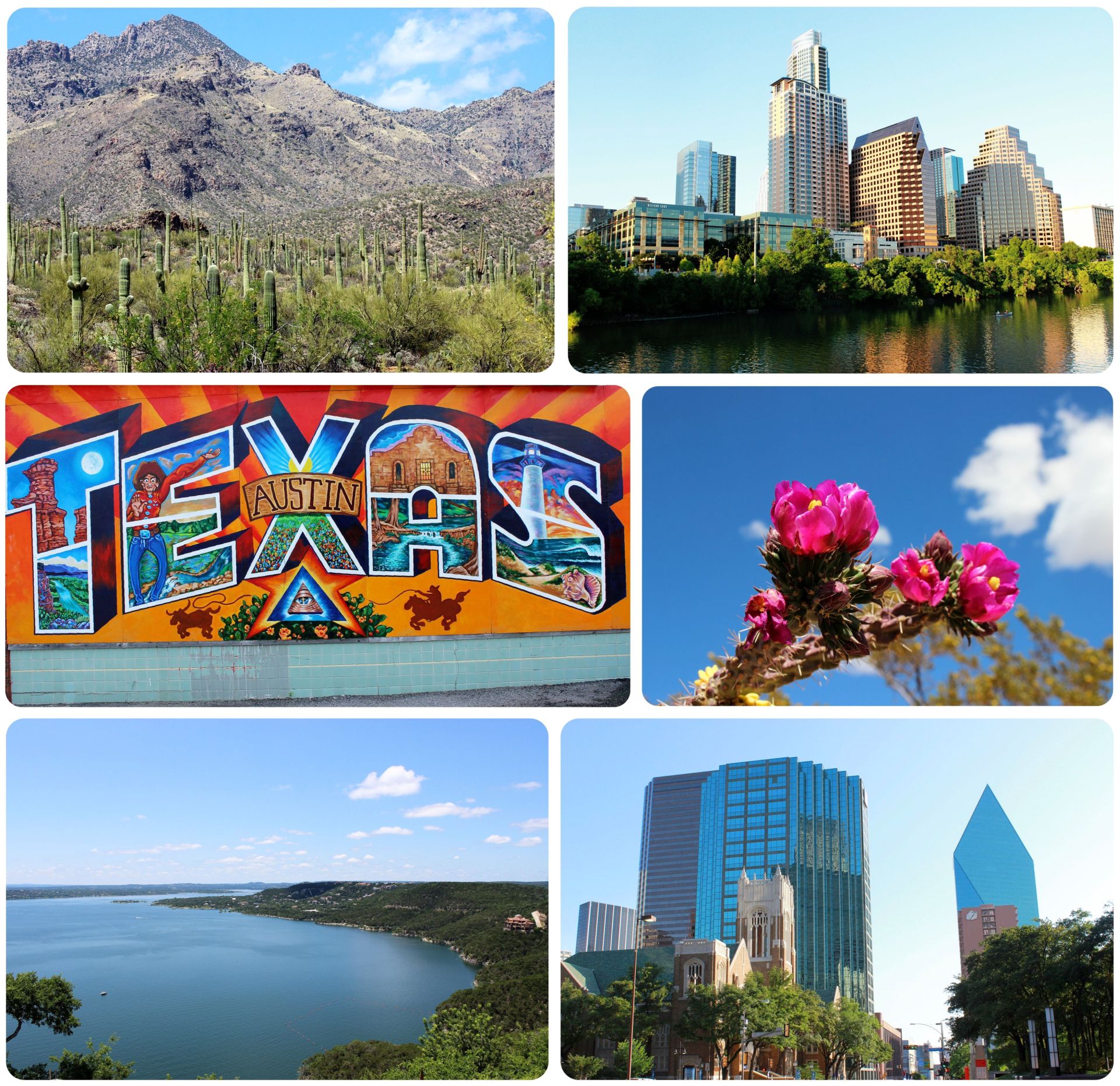 Spending nearly a month in Austin

Austin had been on my travel wish list for a while, but I always knew that I wanted to dedicate some time to exploring the city, not just a long weekend. After all, Austin is known to be a foodie city and I had more restaurant and bar recommendations than I could possibly check out in a month, let alone a weekend. And so I didn’t have to think long when a housesitting opportunity for nearly four weeks came up. And I am so glad that I spent so much time in Austin – it quickly became one of my favorite cities in the US, and I even could see myself returning for a longer stint (although I feel like I’m cheating on NYC just by saying this out loud!). You can read all the things that made me fall for Austin here: Polaroid of the week: Wonderfully weird Austin 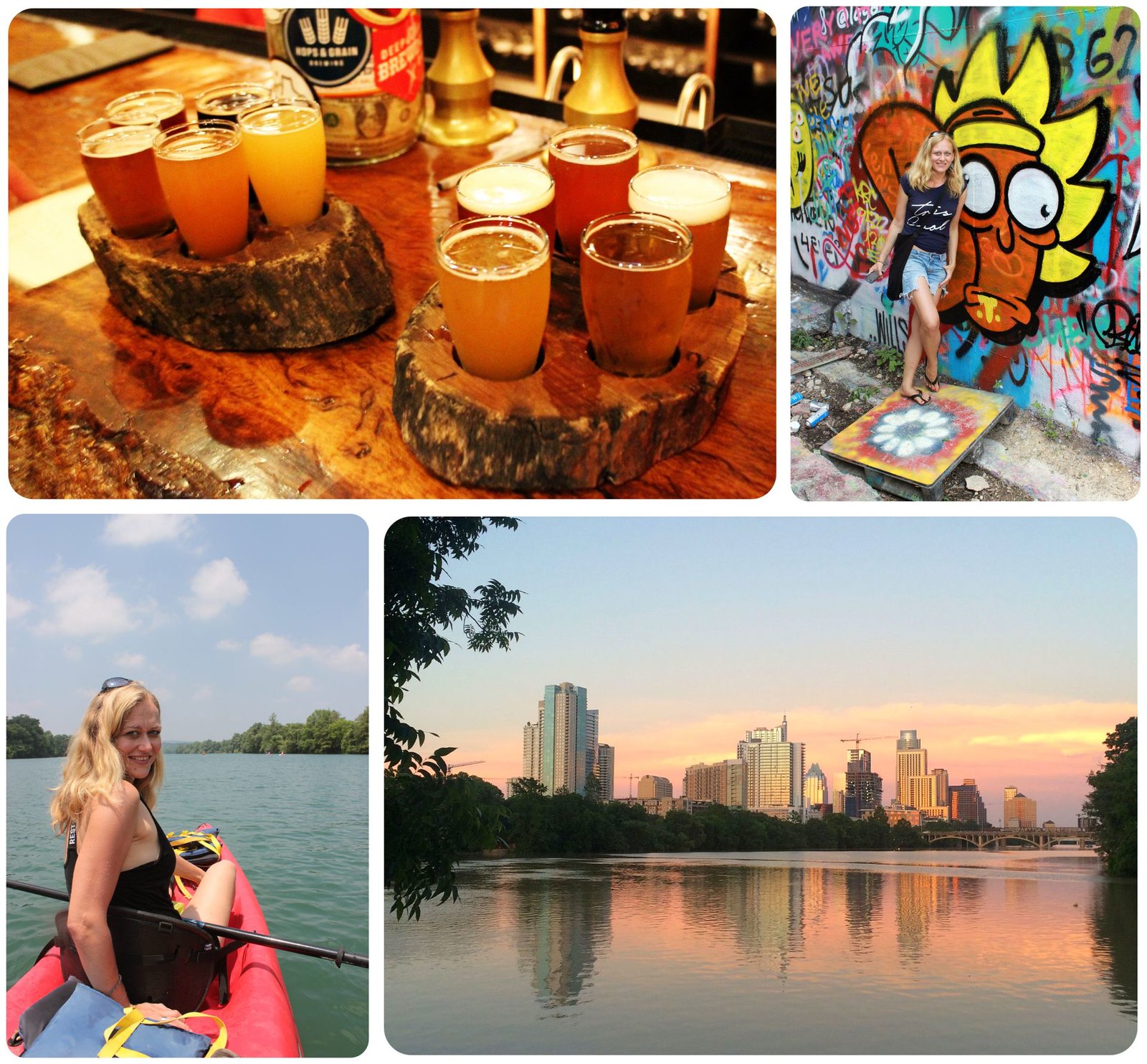 I had several people come visit me in Austin which meant: a good excuse to do a lot of sightseeing. We kayaked on the river, checked out some museums, hiked in the Barton Creek Greenbelt (basically a forest area in the city with lots of hiking trails), bar hopped our way through Austin’s nightlife districts, sampled food trucks, went on a wine tasting trip to the Texas Hill Country, watched the flight of the bats, and saw live music. But my favorite thing? Finally going stand-up paddling, something I’ve been wanting to try for a while now. And I had a blast! I am pretty sure that this is something I’ll be incorporating more often into my travels from now on, and I’m already contemplating where I could try it out on the ocean (which I feel will be much harder than on the calm Colorado River in Austin!). I think that this could happen in California later this year. And then: SUP yoga. Okay, who am I kidding here.. I don’t think I have a good enough balance for a headstand on a paddle board, but who knows. 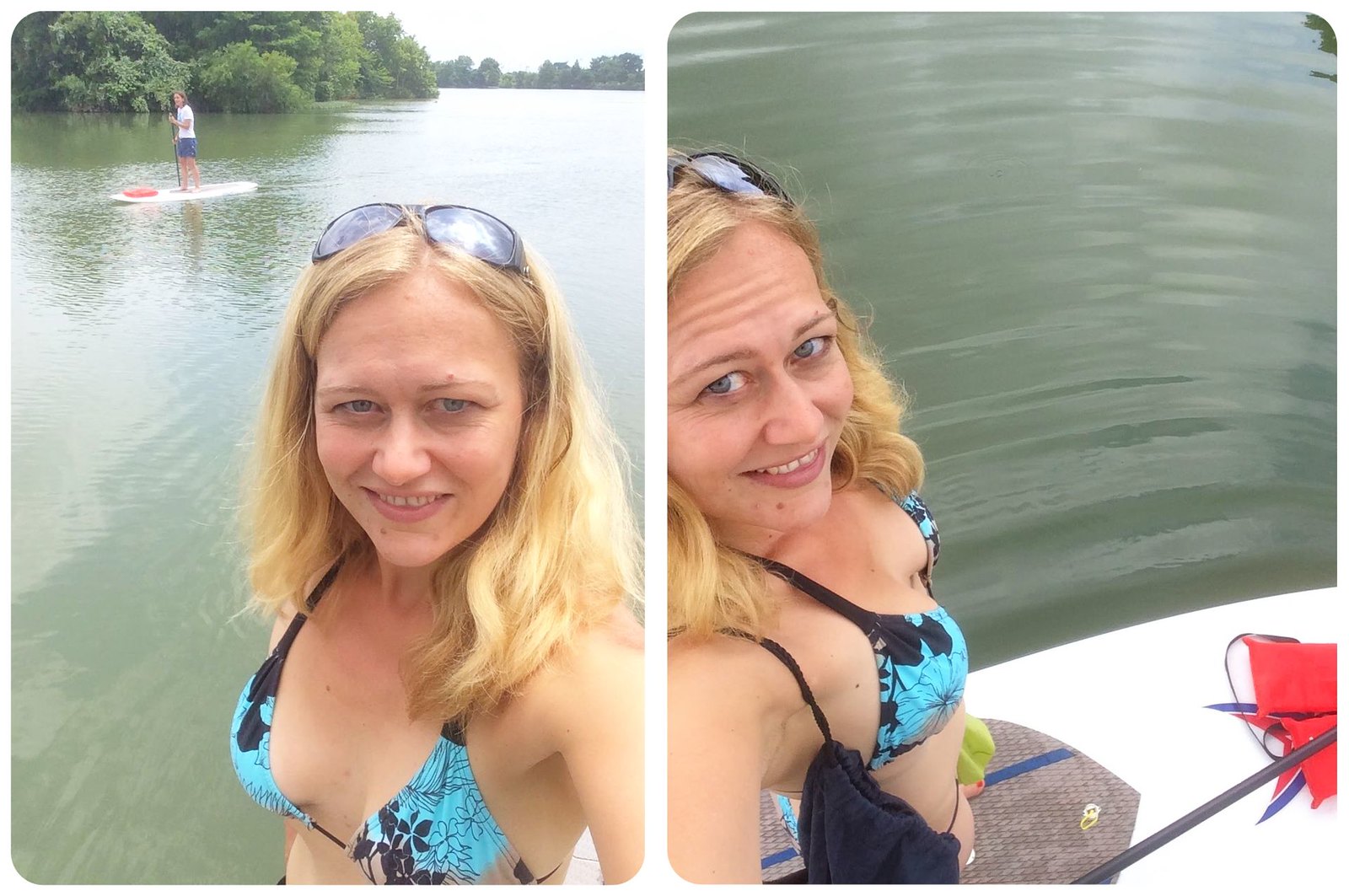 Road tripping through the Southwest

I was supposed to fly from Tucson to Austin, but at the very last minute, the opportunity for a road trip with a travel buddy arose, and of course I jumped on it. We decided to break up the long drive (900 miles) into three days: to White Sands, New Mexico on the first day, Big Bend National Park the second day to hike the Santa Elena Canyon Trail, and then the remaining distance to Austin on day 3.

While this plan didn’t quite work out as planned (see What Went Wrong below), it was a fantastic road trip. I love the barren scenery of the Southwest, returning to White Sands was everything I hoped for, and I had great company – which was important, especially on the long drag of the I-10 from El Paso to Fredericksburg, which doesn’t have any road side attractions and is apparently the most boring part of the I-10 (which runs from coast to coast). 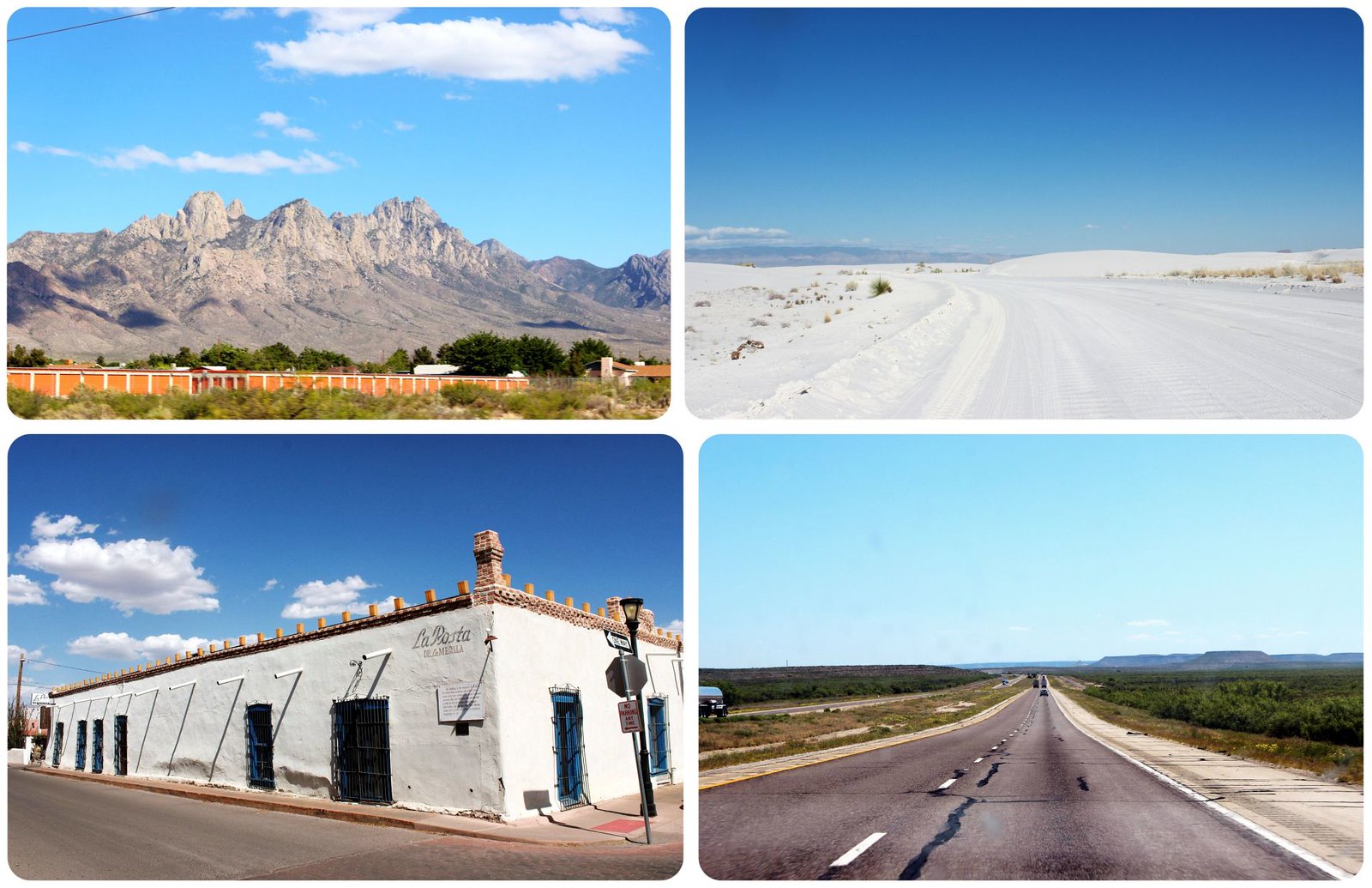 I loved the white dunes of White Sands when I visited this desert in the south of New Mexico in 2013, and I loved it the second time around, too. Even though I’d been here before, the dozens upon dozens of dunes, the bright white sand, the solitude and tranquility of this place – everything had me in awe again. And this time around, I got to experience two things I missed out on when I came here during my New Mexico road trip – I got to sled down some of the dunes, and I got to see the sunset. Would I visit White Sands a third time? Absolutely! 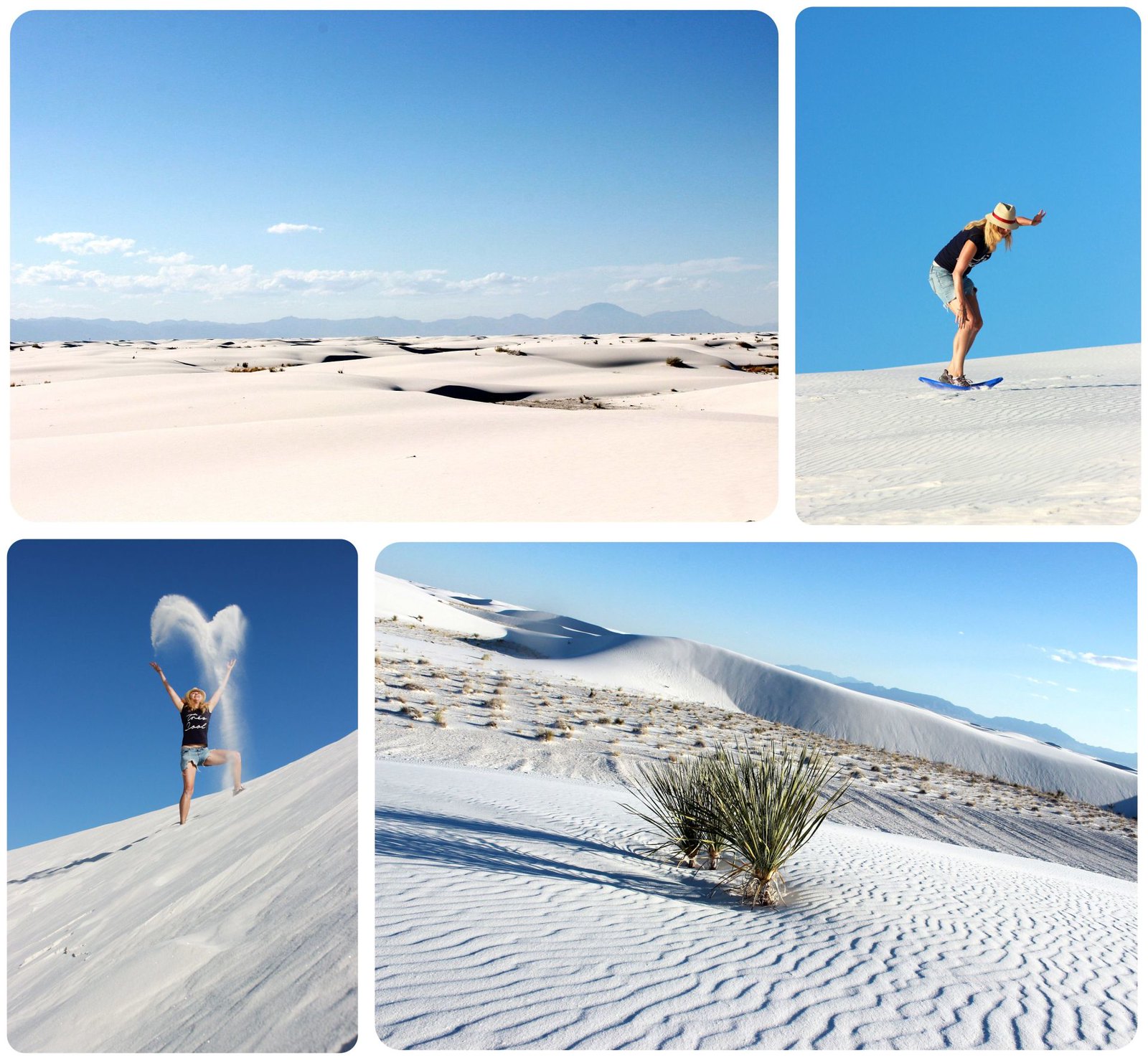 If you read last week’s Polaroid, you already know that Dallas wasn’t really on my list of must-see places, but I am not one to turn down an opportunity to check out a new city, and so I found myself in Dallas for a weekend – and pleasantly surprised by the city! Dallas, as it turns out, is way cooler than I thought it’d be, and I regretted immediately that I hadn’t allowed more time for my visit. I loved especially Deep Ellum, a trendy neighborhood with clubs, bars and great restaurants, and I hope I’ll get the chance to return one day to explore more of Dallas. 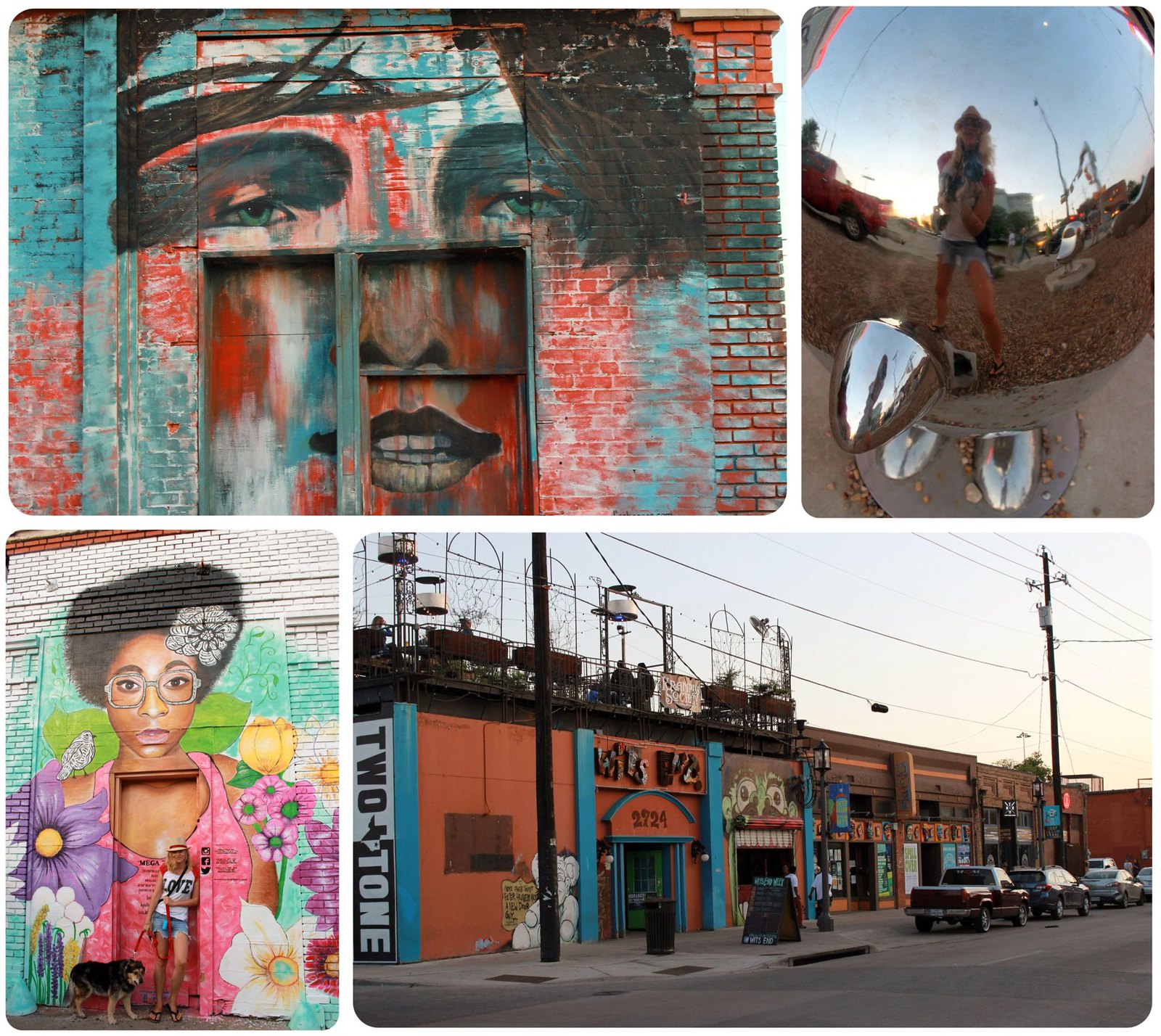 We were on our way to Big Bend National Park on Day 2 of our road trip, had finally left the quite boring I-10 and were driving towards the Mexican border when on the completely deserted road a Prada Store appeared on the right side. A Prada store in the middle of nowhere?! It had been about twenty minutes since we even saw the last house! Of course we had to stop to photograph the store. And that’s when I realized that my camera bag wasn’t in the car. We had driven for three hours from Las Cruces and were two hours from Big Bend. I knew exactly where I’d seen the bag the last time: Under the desk in our hotel room in Las Cruces. Shoot. What to do?! 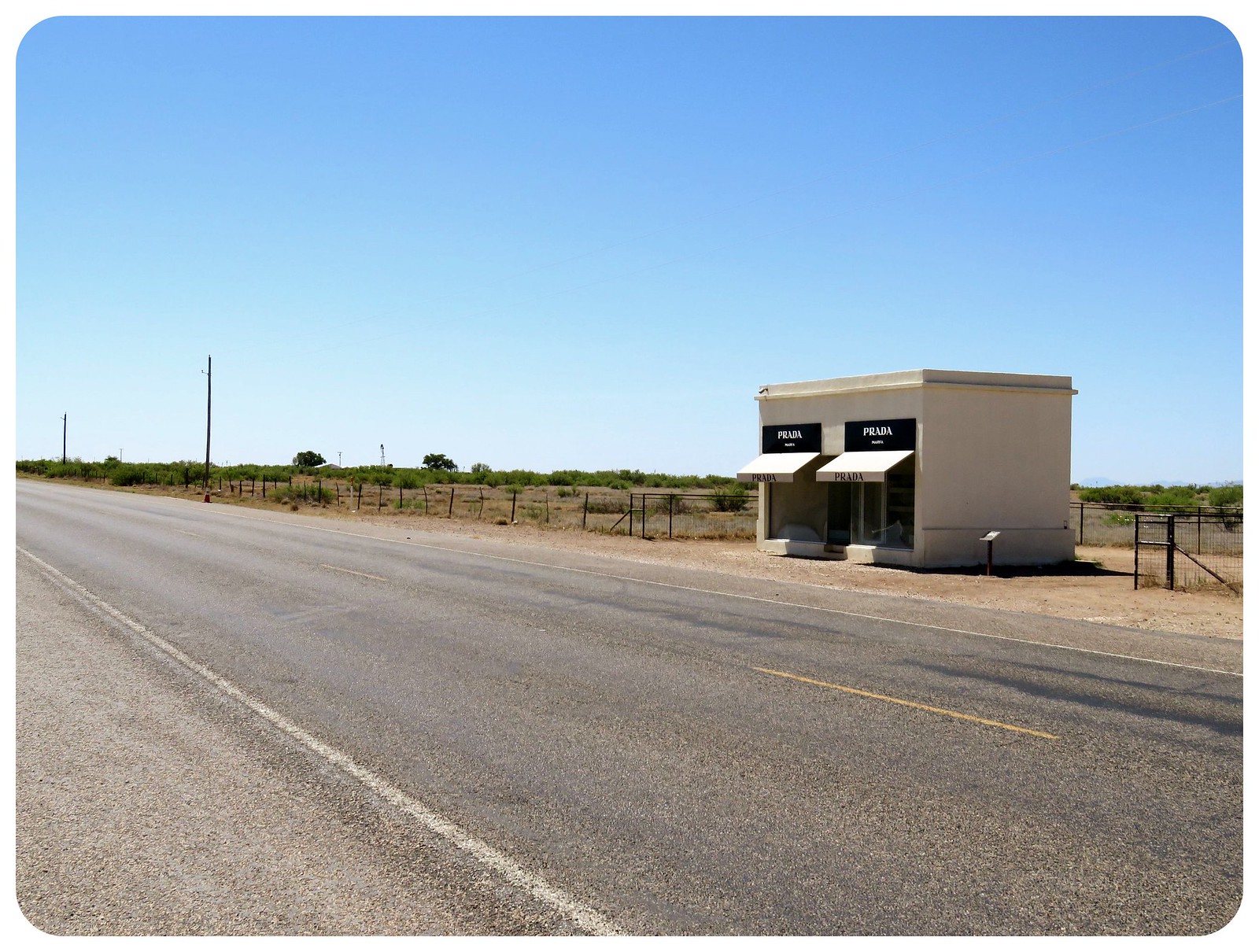 The Prada ‘store’ in the middle of nowhere

In the end, we decided to drive the three hours back to Las Cruces, because a) I didn’t want to go to Big Bend without my camera gear and b) I was afraid that my gear would get damaged or lost in the mail if i asked the hotel to ship it to Austin, and I had just replaced my lens that broke after the attempted robbery in Mexico City last month. And so we drove back to Las Cruces, on the most boring stretch of the I-10, only to drive it again, for the third time, the next day. Oh well.. I guess it could have been worse, and luckily we discovered it not only in Big Bend, which would have meant a five hour drive back to Las Cruces.

However – I kept thinking how lucky I was to not have lost all of my camera gear – this could have ended much worse than with an additional 6 or 7 hours in the car. 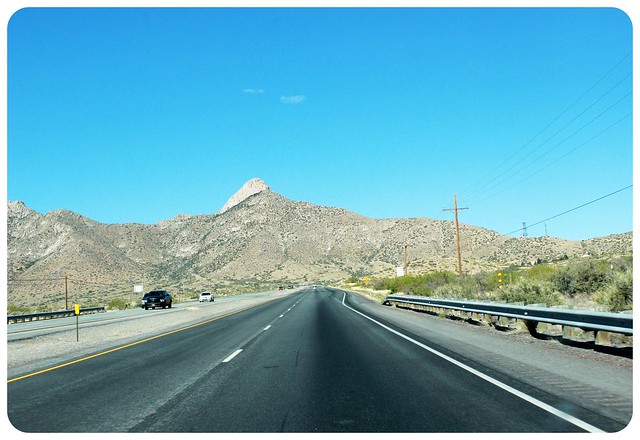 You might have noticed by now that I’m just not very good with electronics.. I lose them, I break them, I washed them (a USB stick, not too long ago), and this month it was the screen of my beloved iPhone that had to stand in for this category. My phone falls .. often.. But this month, I finally managed to break the screen (something I hadn’t done in a while) – and not just crack the screen, but really break it. 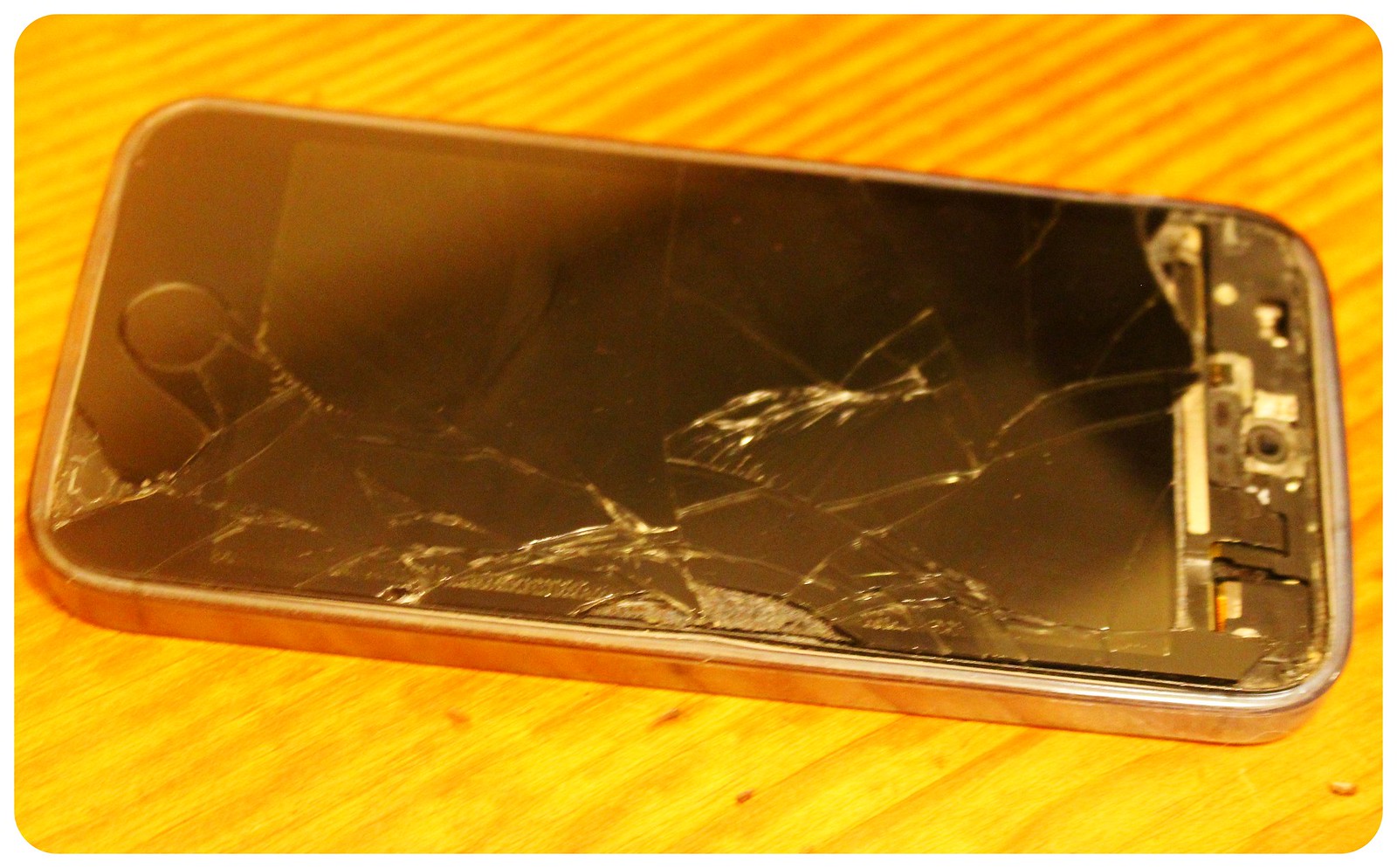 …and that’s all I am going to say about it. Or to borrow Taylor’s words: ‘Heartbreak is the national anthem, we sing it proudly.’ That song was playing a lot on the radio this month and I could relate well to this line. 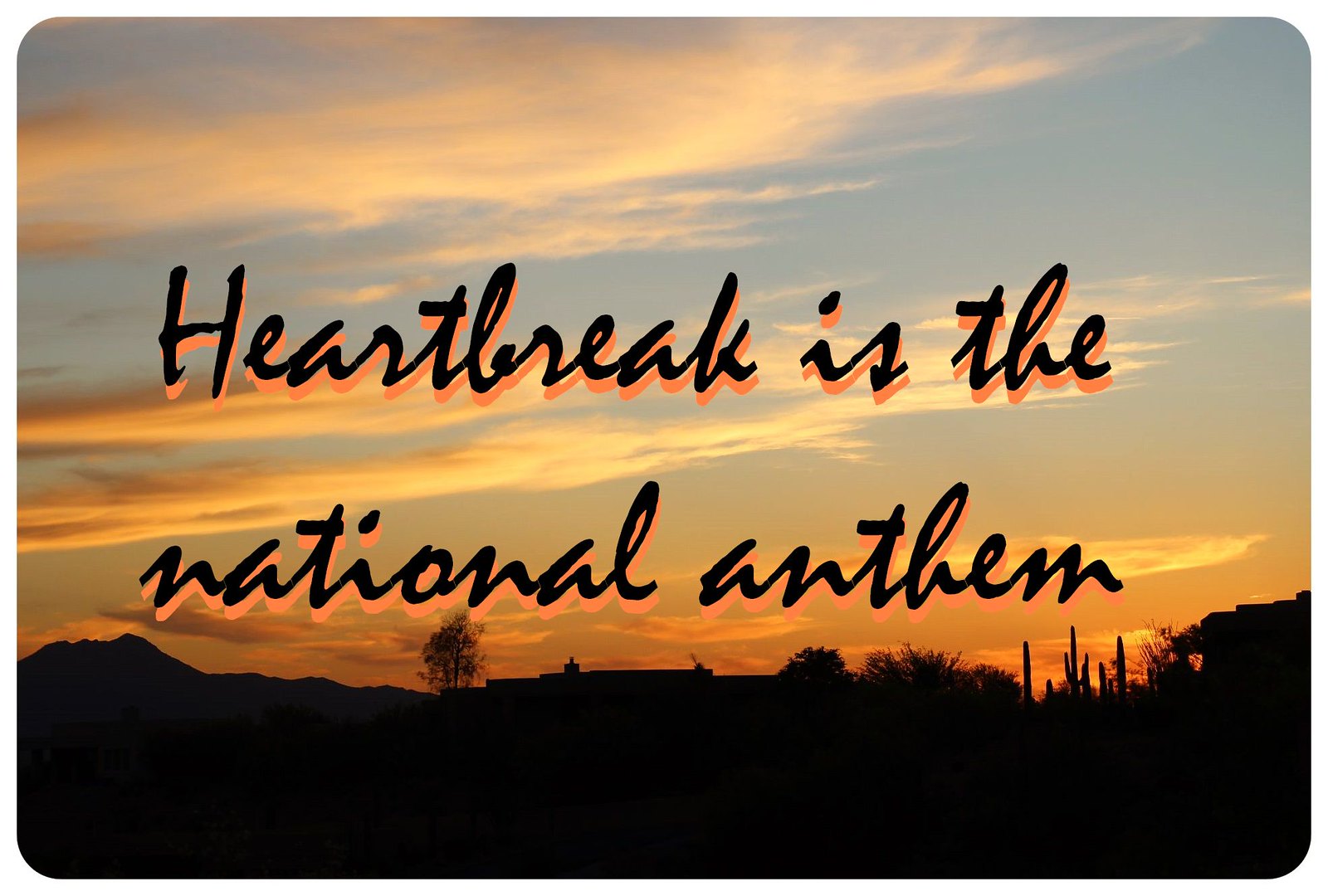 I don’t want to go into detail here either, but let’s just say that the life of a freelancer is not always as glamorous as it might seem. I get to travel a lot, yes, but trust me, I don’t make a lot of money, and this month was a tough one. 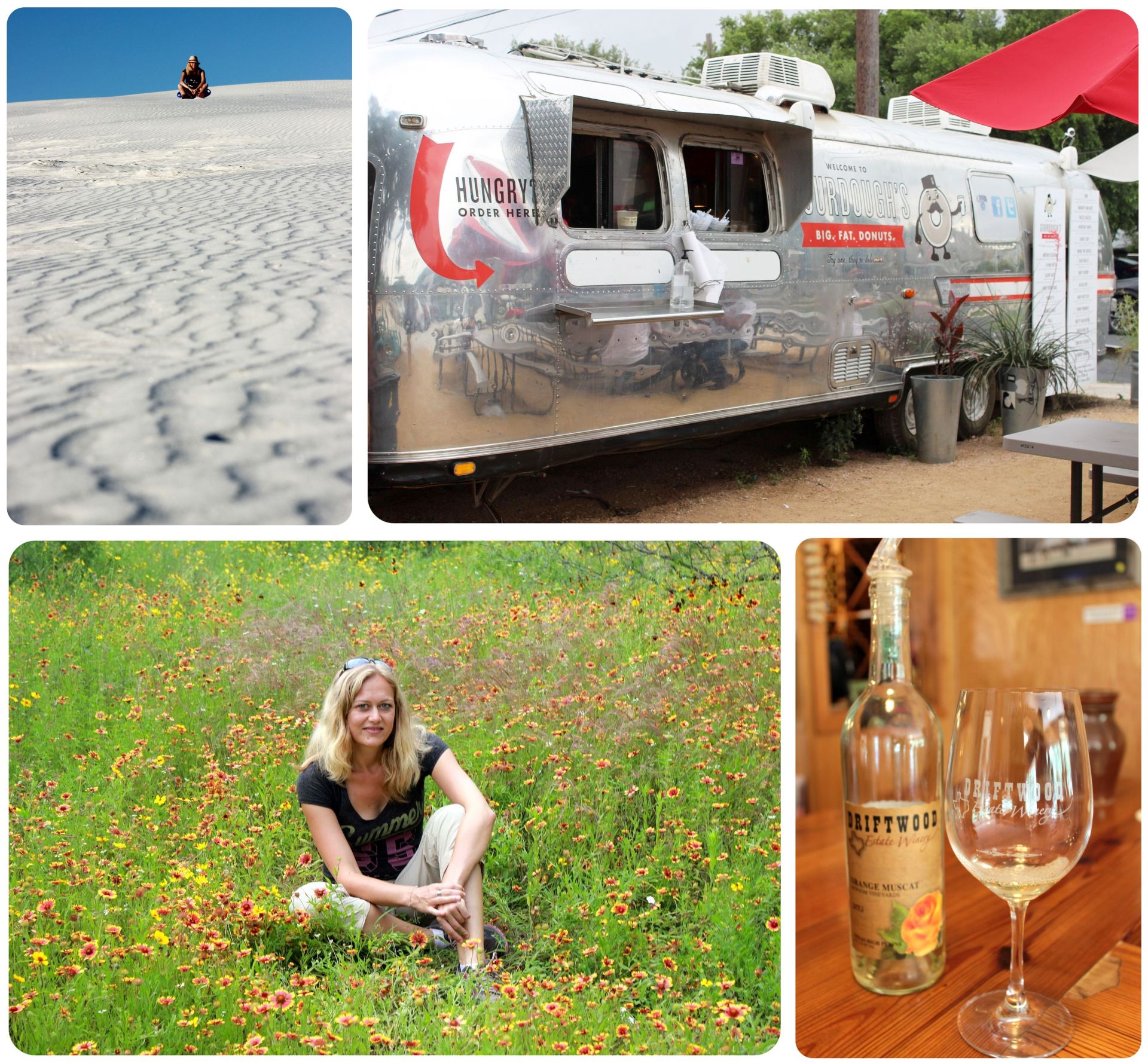 An unexpected change of plans

I am only spending a few days in NYC before I’m flying to Germany! I had no plans to visit my home country until October, but a sudden turn of events is bringing me back to Europe for a while. Unfortunately I can’t talk about the details just yet, but I hope I can shed some light on the recent events in next month’s round-up or in July at the latest. Let’s just say that this could be life changing, and I am not exaggerating here.

Of course I’m super bummed out about missing on some fun in the sun in NYC (y’all know by now how much I love my New York summers) but 1) I hope I’ll be back stateside soon and 2) it’s not the last time that there’s summer in NYC and 3) I already have a pretty packed calendar for Germany, and one confirmed visitor for a week of fun in Berlin, a place that I also happen to love in the summer! 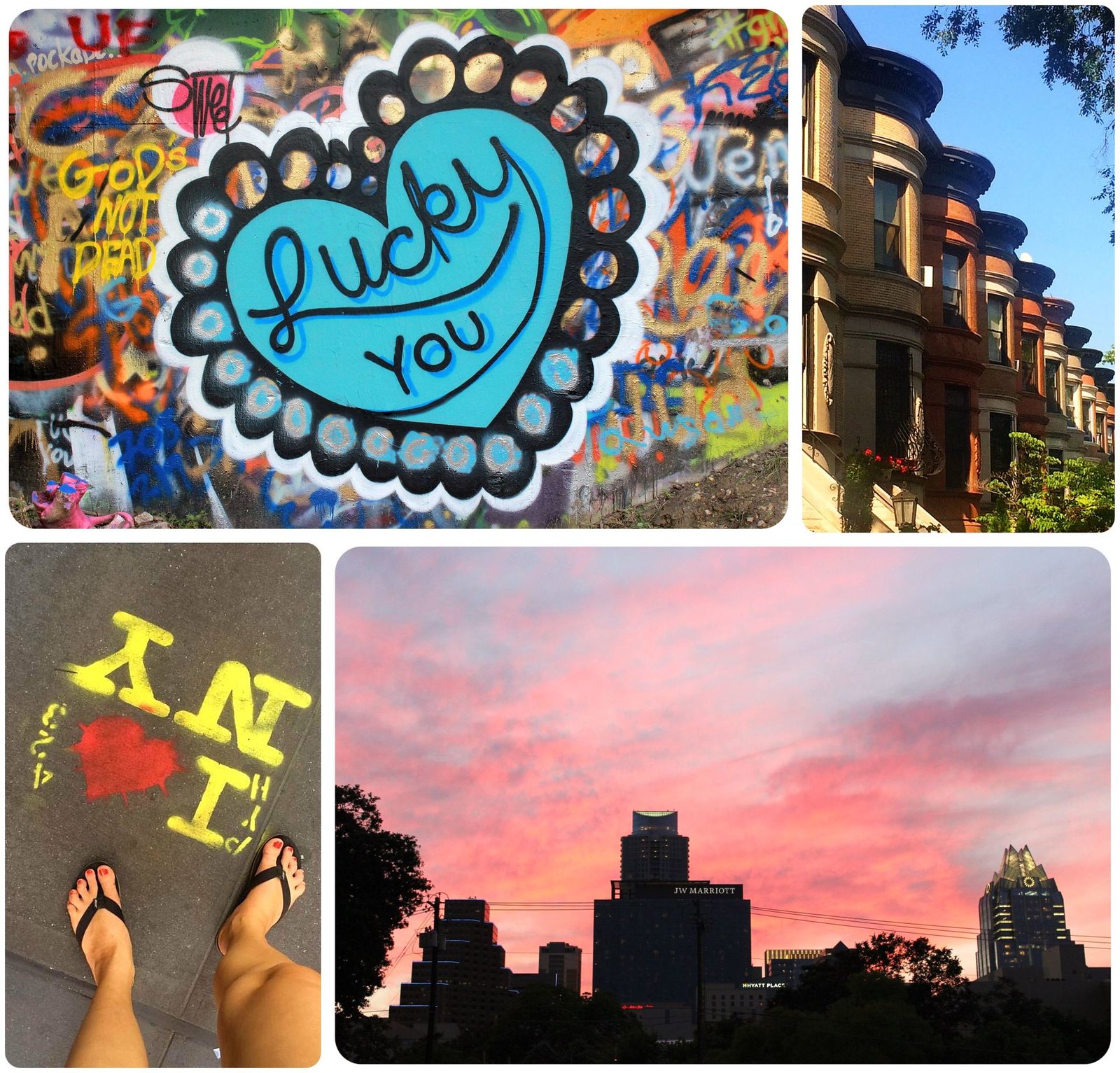 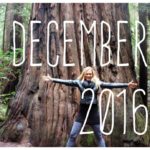 33 things I love about Austin | GlobetrotterGirls

[…] And how glad am I that I decided to fly in early – as soon as the conference started, I was busy attending workshops, talks and keynote speeches, attending meet-ups and parties, and bad weather arrived in Austin. While it was still hot and humid, it was overcast and rainy, and a post-conference day trip that I’d been very much looking forward even had to be canceled, because of the high level of bacteria in the water at Hamilton Pool, where I was supposed to go yesterday. But I guess that gives me an excuse for another trip to Texas – that along with my failed trip to Big Bend in 2016. […]

Travel is fun and lots of people travel with the sole purpose of enjoyment, wild partying or just because the funniest things happen when you’re traveling.

White sand dunes are pretty awesome. Unfortunately I don't know a place near me with those kind of sands, because I would go in that place for a weekend.

The phone doesn't look so good, but it does look better than mine. I managed to smash the screen on a side and now half of the screen is useless.

I feel some big changes in the future for you, waiting for the next update to see what's up :)