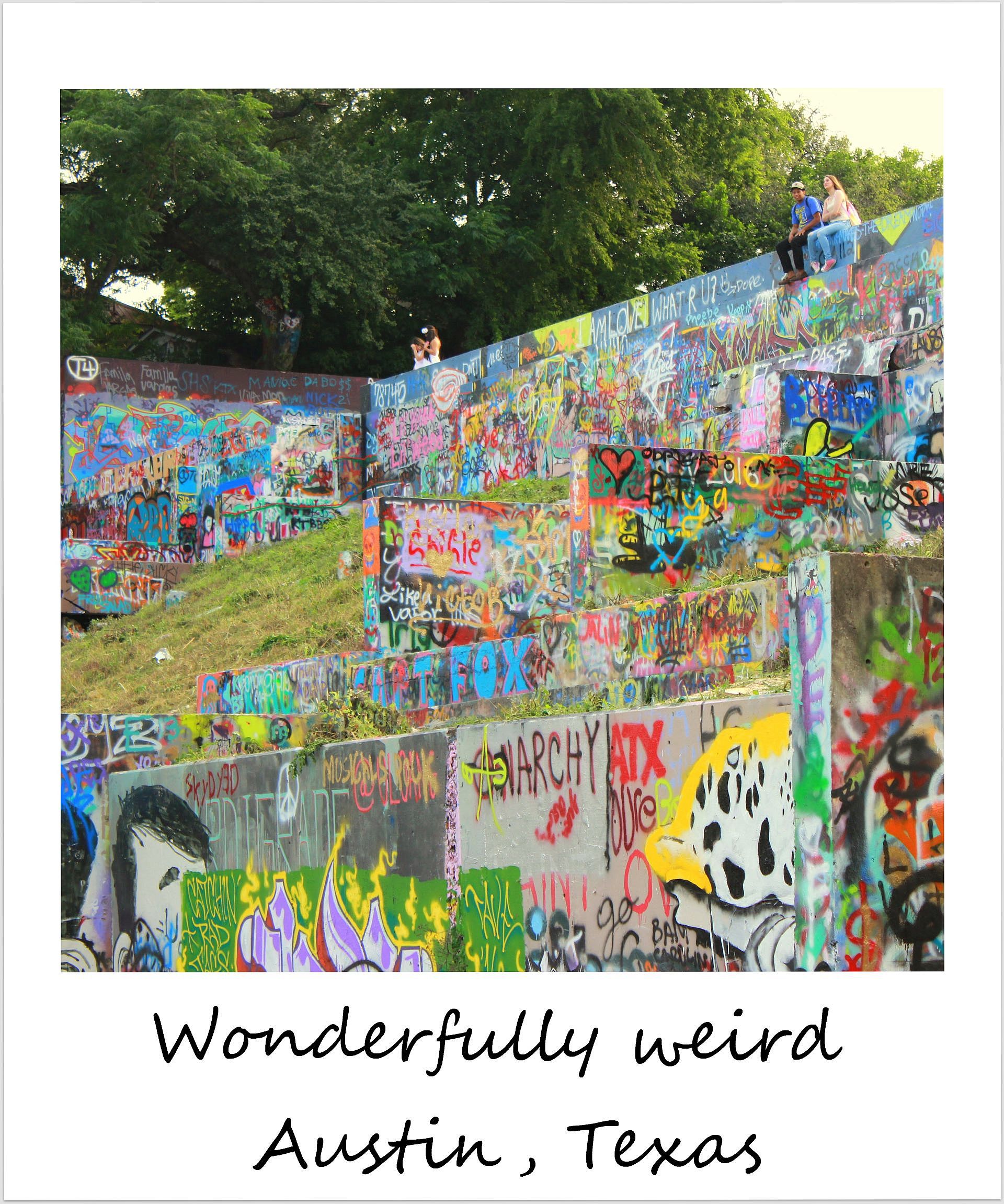 Oh, Austin… I don’t even know where to start.. This city has swept me off my feet the minute I got here! Over the years, I’ve been told by several people that I should go and check out Austin because I’d like it and it was ,my kind of city’ (and that’s what piqued my curiosity and made me eventually come here!). And yes, they were absolutely right!

So what’s ‘Dani’s kind of city’, you’re asking? A green city. A city known for its giant food truck scene. A city filled with craft beer bars, some of which have over 100 (!!) beers on tap. A city with more live music venues I could possibly visit in a month. A dog friendly city where dogs have their own little beaches along the river. A city that has wonderfully weird celebrations such as Eeyore’s Birthday (an annual hippie festival that takes place on the last Saturday in April). A city where apartment complexes don’t only come with communal swimming pools and BBQ areas, but also with kayak parking lots and their own docks on the river. A city where there are more kayaks and SUPs on the river than cars on the road (who am I kidding, the traffic in Austin is definitely something that we need to work on.. but still: on weekends, there are so many kayaks and SUPs on the river that it seems like half of Austin is out on the Colorado River). A bike friendly city. With a bike sharing system, even! A city with a forest filled with hiking trails inside the city limits. A city with great weather – year-round! (New York, I still love you, but I sure could do without your winters…). A city with impressive art museums. A city with a thriving coffee shop culture. A city with a giant store dedicated entirely to hot sauce (help, I’m spending all my money here!). A city with a winery and a whole wine country nearby. A city with enough mouthwatering food to make me gain five pounds (and I’m not done yet!). A city where you people gather in a dive bar on Sundays to play chicken shit bingo. A city with hipster bars that make me think ‘Am I in Austin or am I in Brooklyn?’ A city with speakeasy bars. A city with the most decadent doughnuts I’ve ever seen. A city with street art.

Okay, about the street art: there is by far more street art in other cities I’ve been to, but pictured above is the Hope Outdoor Gallery, sometimes also referred to as Graffiti Park, where it is legal to spray graffiti. Every time I went there, I saw young girls practice their skills, couples working on pieces together, experienced graffiti artists adding a new mural. How many cities do have an area like this, where people can simply come and do graffiti work? In terms of being a ‘gallery’ – it’s a gallery where the collection of art changes constantly. And in addition to being an outlet for artists, this place also offers fantastic city views of Downtown Austin, especially when the sunset skies paint the buildings in warm golden colors.

Yes, it’s official: Austin, I’ve got a huge crush on you.

[…] Instead, I found a city filled with interesting attractions, a fantastic restaurant scene, great bars, street art (even more than in much more alternative Austin!). […]

Definitely sounds like my kind of city too! I really need to get myself down thereat some stage. In the meantime I am looking forward to exploring Denver

It's such a cool city - I hope you'll make it down here soon!! I gotta make it to Portland now to see how it compares to Austin.. Enjoy Denver, Katie :)

Love the idea of a place where kids can do graffiti and practice their art instead of doing it on schools etc. I have seen many places similar to this - some combined with other activities as skateboarding and football/basketball courts. Where I live the local council actually hired some street "artists" to paint a big mural on a public building (supervised of course). Turned out to be a success and they are starting a similar project in one of the suburbs.

Nice! They are doing similar mural projects in NYC ... love it :)

Agree with Austin being like Portland! And now I feel like I should add Austin to my ever-growing-list of places to visit. Looking forward to hearing more about this city!

Please do! So worth a visit! And I am already planning my next trip here because even in a month I didn't get around to doing everything I had on my 'Austin list' :O

OMG I am SOLD! This sounds like an amazing city, and apparently you and I have a lot in common! I want all of those things in a city too! Now, to plan a trip... :)

Austin is amazing! I think I might make this my base for a while.. seriously, the city has it all (plus cheap flight connections on Southwest!) One thing I didn't even mention were the affordable living costs compared to New York!! Come join me here, there's a quite a big start up / digital entrepreneur scene here and even some travel bloggers :D