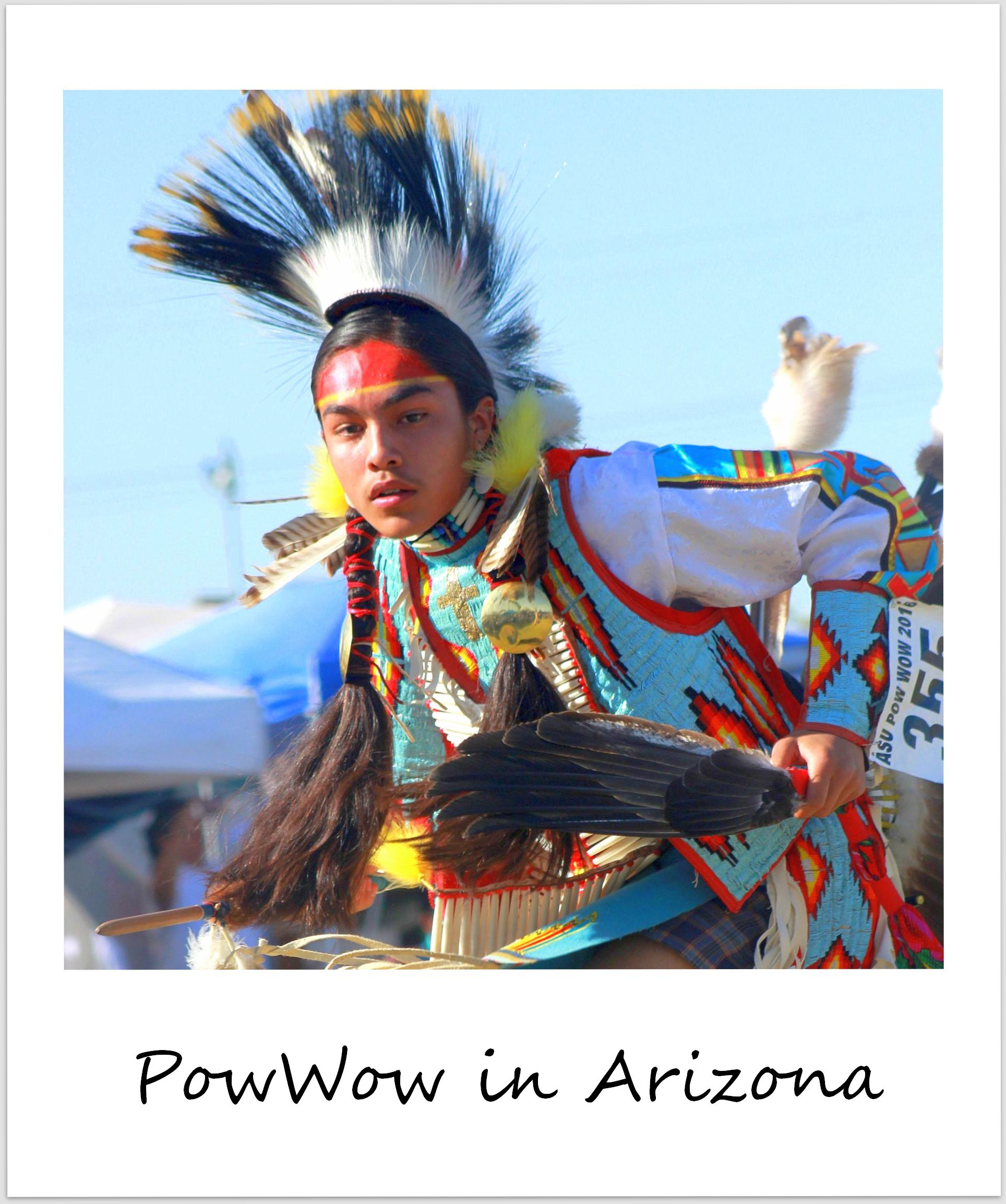 After spending my first weekend in Tucson with Katie, I had a surprise visitor in town for my second weekend, and VisitArizona had listed an event online that piqued our interest: a PowWow in Phoenix. A PowWow is a gathering of several Native American communities who perform their traditional dances and showcase their communities’ costumes, and not knowing much about Native American culture at all, despite several visits to the Southwest, including various Indian reservations, I decided that it was time to learn more about their culture and so we headed to Phoenix for the day.

A PowWow is traditional held so that Native Americans of different communities can meet, dance and sing together, make new friendships, and of course: preserve their heritage and culture. But there is usually a dancing and/or singing competition, in the case of the PowWow we went to, there were competitions for both. And so you don’t just get to see their incredible, elaborate outfits, but you’ll also hear the traditional songs and see them perform indigenous dances. I was wowed by all of it – the voices I heard, the grace and glory the dances were performed, and the intricate design of each tribe’s clothing, headdresses and ornamentation. There were buckskin dresses with hand-stitched designs, feathered bustles, breechcloths, colorful moccasins and bead work. Both men and women were wearing feathers in their hair, braids, roached hair (usually artificial), feather headdresses (men), fancy handmade shawls, breastplates, and each tribe had their own unique features that told them apart from the others.

Most of the dancers train all year for these powwows, and it was fascinating to watch them dance almost trance-like, to interact with each other, and to see them preserve their culture in a way I didn’t even know existed.