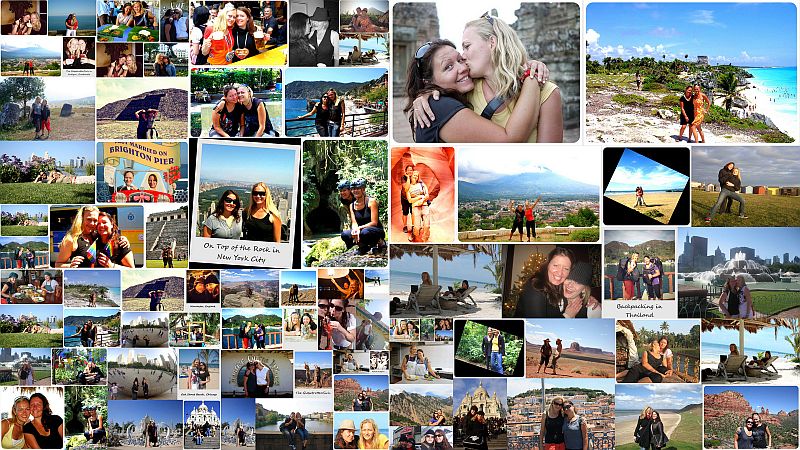 When this ‘trip’ began on April 30, 2010, there was no set finish date. Still, it is amazing to think we have been able to continue to maintain this lifestyle for 730 days now – in a row!

This has truly become a lifestyle and a mindset.

We’d like to share with you some numbers about beds, borders, and the answer to the most common question – what’s our budget? 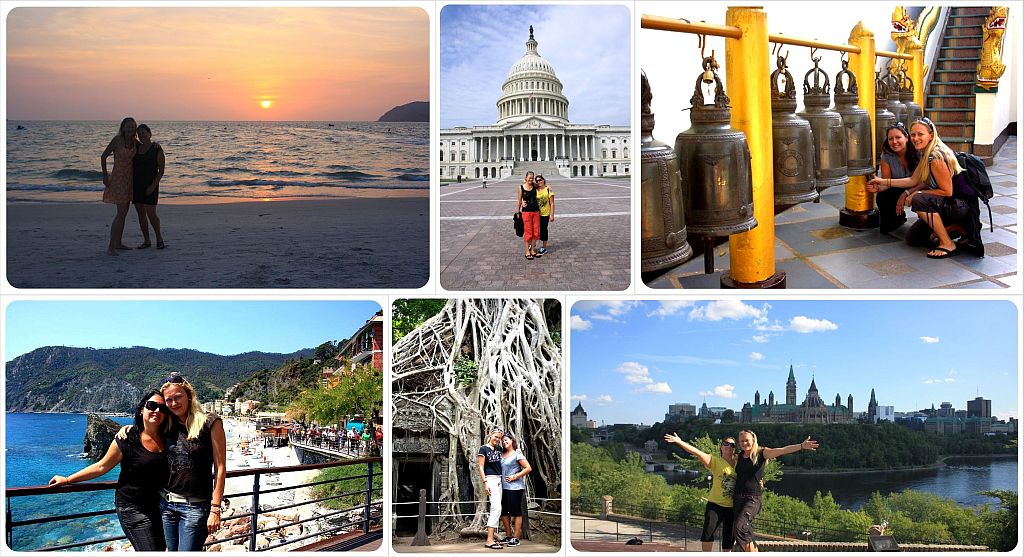 How many borders have we crossed?

The second year of travel began in Italy, and although the original plan had been to travel through South America, in the end, our desire to explore Asia was stronger. So it was off to Bangkok instead of Buenos Aires after our month-long US road trip last summer. The full list of border crossings have looked like this:

We visited 13 countries last year – which is the exact same number of countries we visited in our first year. The truth is, we had fully intended to also visit Indonesia, Vietnam and Myanmar while in Asia, but we have just run out of time – this time. Balancing travel and work means moving more slowly – but we will get there eventually!

How many beds have we slept in over the last 365 days?
We have slept in 90 beds! That, plus 4 nights spent on overnight buses and one night in the car,  comes out to an average of one new bed every 4 days. Even though we had several long-term stays – either with housesitting gigs or apartment rentals, we managed to have an incredibly high ‘bed count’. Road tripping meant a new bed almost nightly in Canada and the U.S., but we are also just picky about where we stay. If  we book a hotel online in advance and upon arrival are disappointed, we have no problem with walking around town and moving hotels until we find one that makes us happy. After all – every hotel is technically our home, so if we don’t love it, we move on.

Other modes of transport worth a mention were: Last year through Mexico and Central America, travel was almost entirely by local bus. This year, however, we took advantage of Air Asia’s excellent budget flights, and in Germany/Italy we discovered the ease of car-sharing services. On various websites, drivers advertise their journey and for a fair share of the cost of gas, passengers can hop in and share the ride at a fraction of the cost of bus or train travel. Perfect!

Somehow, we also end up on a lot of boats, despise not liking them much. We took tiny wooden ones out to remote islands and our biggest boat ever – the Adventure of the Seas cruise ship we went on in June.

More statistics from our 2nd year of travel

# of New Years: 4 (Hindu, Western, Khmer & Hmong)
That’s right, in the last six months alone, we have gone through four sets of New Years! The Hmong celebrations in Phonsanvan, Laos were fascinating to take part in. In Thailand, we celebrated Western New Years along with the Thai version – the only difference being that in Thailand, the year is now 2555!

#of fights we’ve had: 4
This is the count for the long, drawn-out dramatic ones that last more than a few minutes. For two drama queens together nearly 24/7, we’re actually proud of that! # of cities visited: 34
It has been a whirlwind, but having visited so many of the world’s global cities has been an amazing experience this past year, including Singapore, Bangkok, Madrid, New York, Montreal, Boston, Washington D.C., Atlanta, Chicago and Kuala Lumpur.

# of bicycles rented: 16
We love cycling and we discovered that the best way to explore a city is by renting a bike. We were able to rent bikes for the day in Ottawa, Montreal, Washington D.C., almost every city we visited in Laos, in Cambodia and we had bikes for a month in Chiang Mai.

# of beaches visited: 16
I can hardly believe it, but before life as a nomad, I considered myself pretty much anti-beach. I just thought I didn’t like the whole going to the beach experience, much to Dani’s disappointment. Well, now I’m as keen a beach-goer as any – and we go as often as possible. We had assumed that Thailand’s beaches would be the best, but in the end, Otres Beach in Cambodia and Langkawi in Malaysia won us over.

# of towers climbed: 7
Some days it seems that every town, big or small, has a tower to be scaled. Sometimes, it’s an easy set of stairs or even a lift, but we’ve also trudged up hundreds of steps for views of the city skyline below. Most memorable were the views over Tuscany from a tower in San Gimignano, from the Top of the Rock in New York City, from both the Willis and the Hancock Tower in Chicago, and the sunset from Marina Bay Sands in Singapore (pictured below). 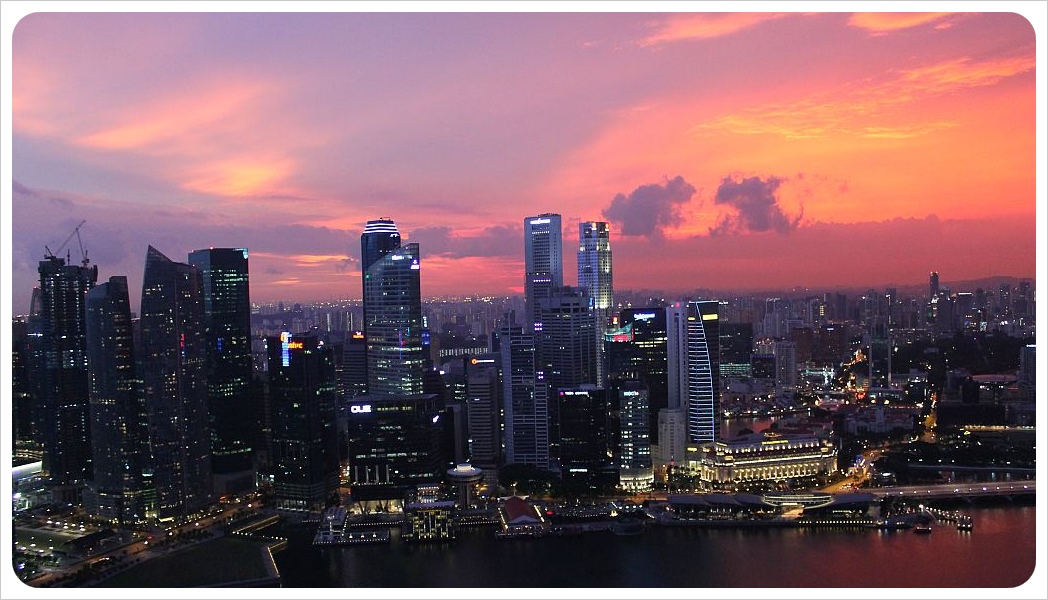 # of islands visited: 9
This number is much lower than we thought, considering how much time we spent in South East Asia!

# of pizzas eaten: 29
Much like a five-year old, if you ask us our favorite food, we’ll pretty much always say pizza. And while we love a rich, grown-up pizza with goats cheese and spinach or rocket and Parmesan, plain old fast food pizza is our go-to comfort meal. If we are in a city we don’t like or have had one of those nothing-goes-right days, you can bet we’re either sitting down or even ordering a pizza, right to our hotel room.

# of hospital visits: 5
Ah, well, you gotta do what you gotta do, no matter where you are! In a country comparison, Thailand’s hospitals, doctors and dentists offer just about the best value for money of anywhere in the world!

# of mosquito bites: Um, infinity?
There was no dengue this year (like last year in Belize/Guatemala) and so far we have stayed Malaria free, but that doesn’t mean we haven’t still served as a mosquito buffet throughout the year. The most intense mosquitoes of all this year were probably not where you might think – unless you are thinking Ottawa, Canada. These guys were huge and aggressive, and traveled in some serious packs! 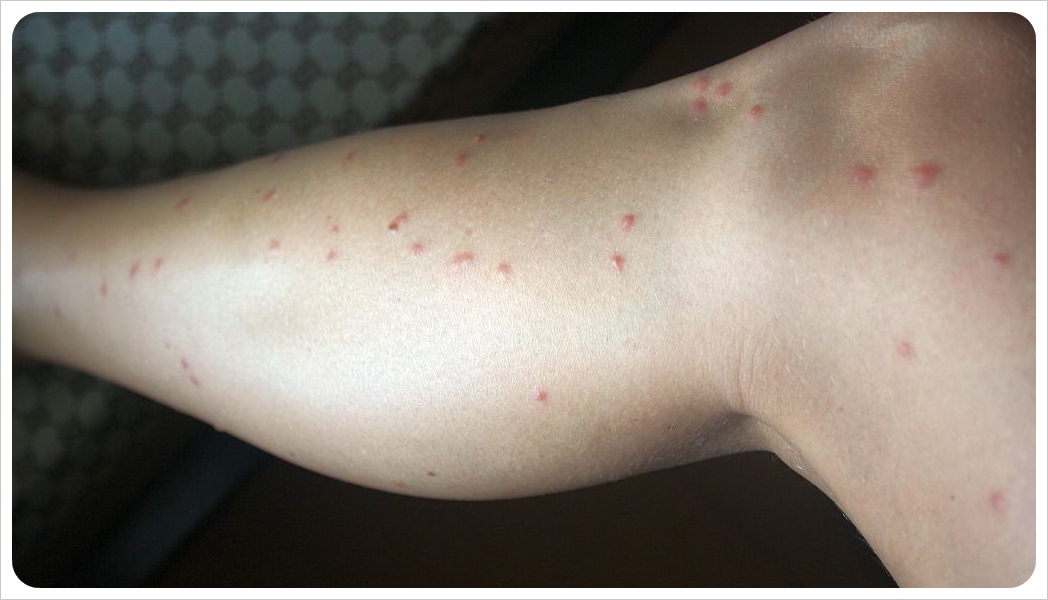 # major bodies of water crossed: 3
Just a drop in the bucket, but it’s a start! We crossed the Pacific, the Atlantic and just recently flew over the Andaman Sea from Malaysia to India.

# of posts written and published: 178 posts
We really hit our stride in the second year of running GlobetrotterGirls.com, with an average of 15 posts every month! Plus more pictures, tweets, Facebook Photos of the Day and everyone’s latest favorite – Pinterest. We hope you’ve been enjoying the ride and encourage you to get in touch with us with any travel related questions you might have or just to cheer us on!

Our expenses this year were considerably higher than in our first year of travel. While we had spent only $14,241.77 (£9,090.75) per person between April 2010 and April 2011, this year our annual budget had to stretch to include over six months traveling through the United States, Canada, Europe and Singapore. We balanced this out with six months in South East Asia, but extra costs of two new laptops, a new Canon DSLR camera, a few little hospital bills, flights, long-term car rentals and other business expenses definitely added up. 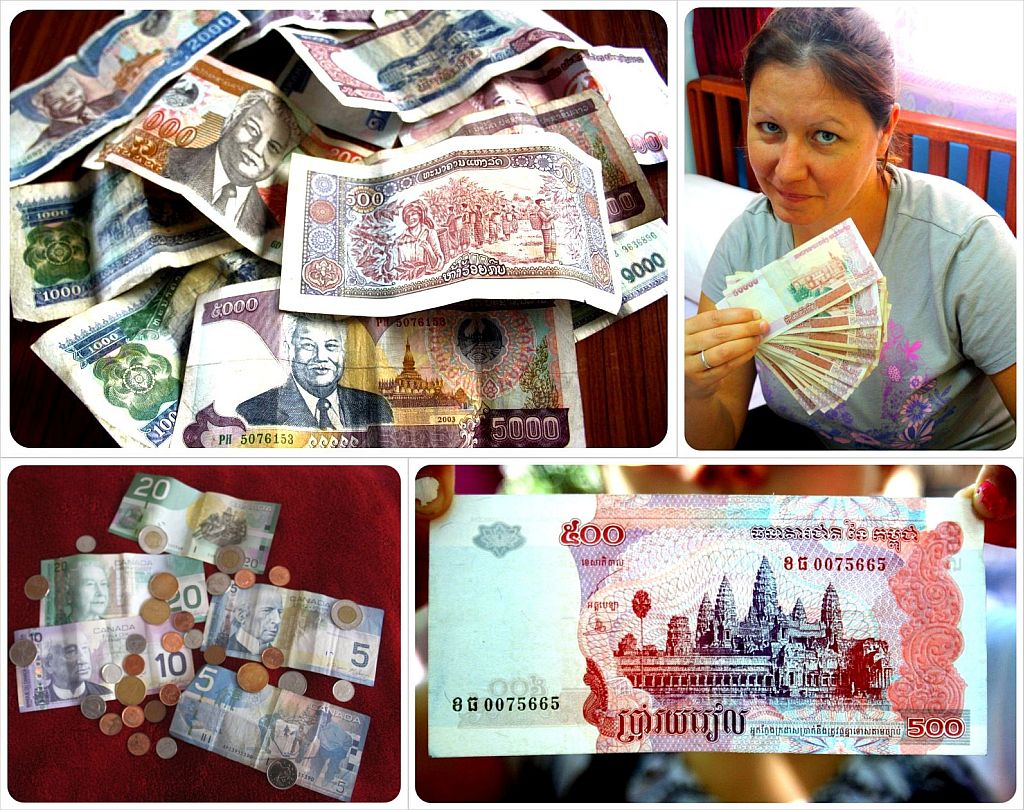 Every 100 days we reflect on our travels and pick our favorite & least favorite places, top travel moments and best foods we’ve tried – so we will keep it simple with a quick round up of our absolute travel tops this past year:

Our top 5 places of the last year

1. Lisbon, Portugal
We fell in love with this city in June 2011, and it still leaves a lasting impression with us through today. Some people leave their heart in San Francisco, but we left ours in San Fran’s twin city. 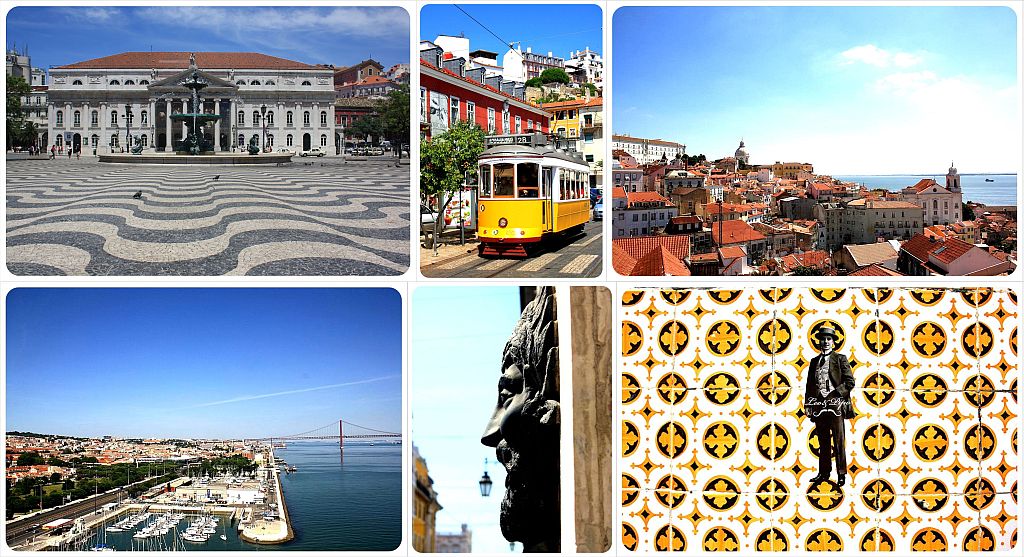 2. Penang, Malaysia
Little India, Chinatown, the sea, the sun, and the growing arts scene on Penang won us over.

3. New Orleans, USA
New Orleans was all about the music, exploring the different neighborhoods and discovering the rich traditions that blend in just the right way to make this city one of the most authentic places in America.

4. Cambodia
Thailand might be nicknamed the Land of Smiles, but neighboring Cambodia is truly the friendliest place in South East Asia. The kids waving, smiling, even running after tuk tuks as we drive by won our hearts at the same time that discovering more about the history of the Khmer Rouge broke them to pieces, plus our trip to the eighth Wonder of the World, Angkor Wat, was truly awe-inspiring. 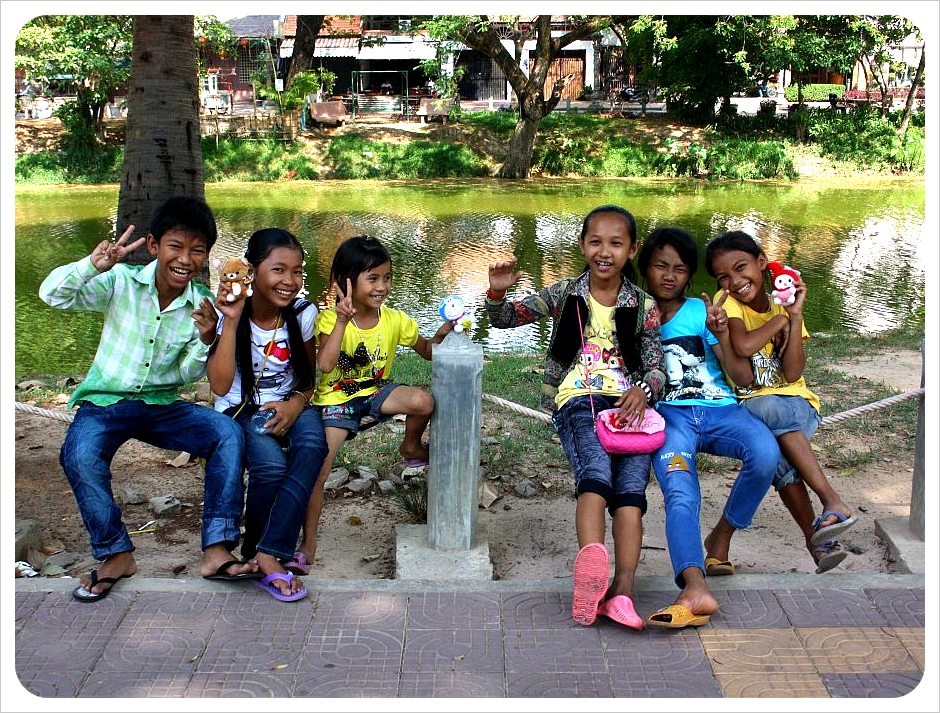 5. Singapore
One of the world’s great cities, Singapore felt to us like the London of the East with its many different neighborhoods, cosmopolitan mix of global cultures, cheap and delicious street food and we even went up on the Singapore Flyer – similar to the London Eye. The city’s nearby beaches, nearly uninhabited islands, stunning city skyline, massive shipping port and incredibly modern public transportation system, mighty Singapore truly wowed us!

1. Indian food
It’s official. Indian food seems to have nudged out Mexican food as our absolute favorite cuisine. For now… We had excellent Indian food anywhere we went, but especially loved the banana leaf meals we had in Kuala Lumpur, the countless Tosais we ate in Little India in Penang, Malaysia and the Indian food in Singapore – and we’re ending Year 2 eating real Indian food right here in Southern India!

3. Coconuts in South East Asia
How will we live without these everyday, we wonder… 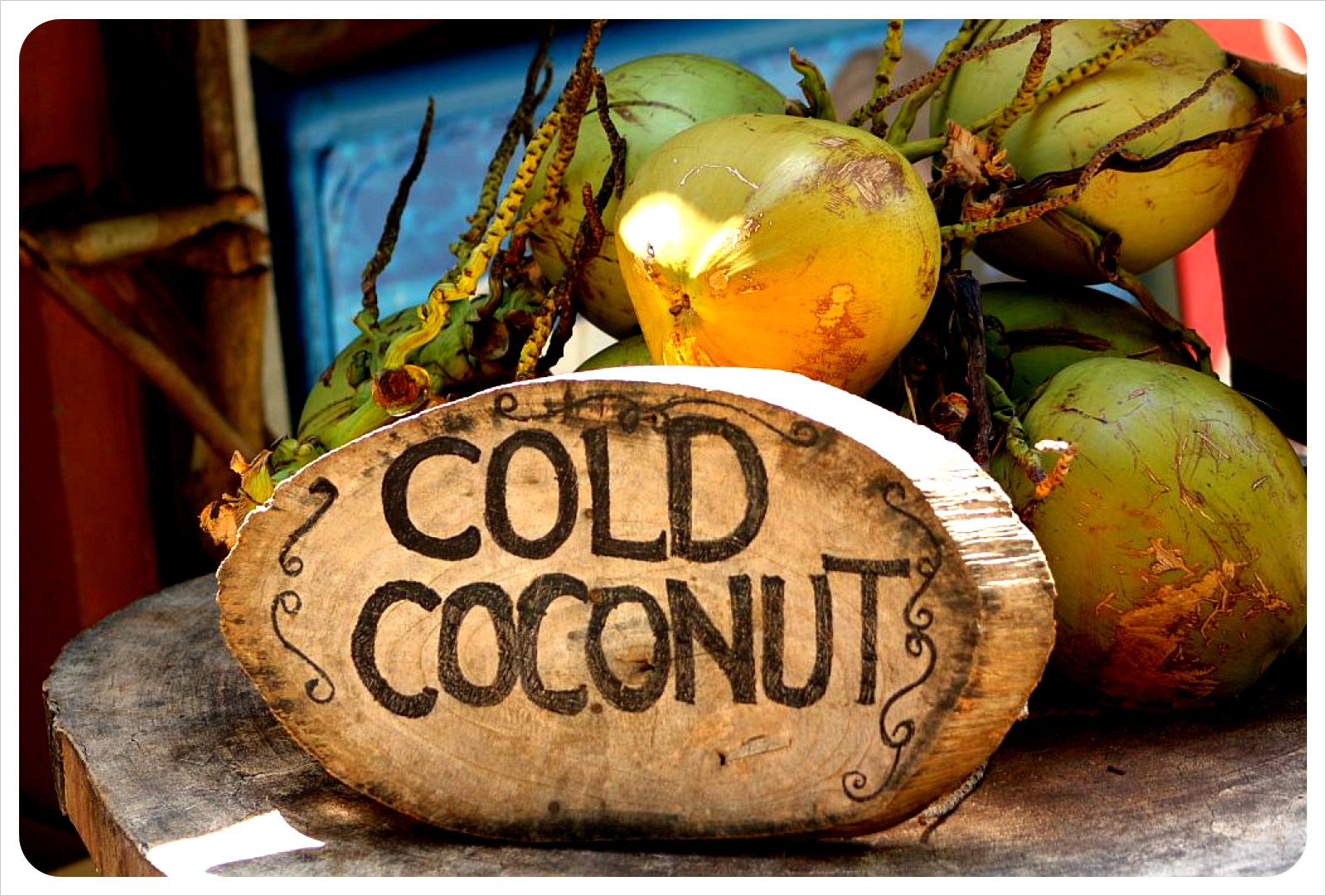 4. Lao Breakfasts
We pretty much covered our love of these here.

5. Vegetarian restaurants in Chiang Mai, Thailand
There are over 30 restaurants dedicated to us vegetarian folk and we made it our mission to sample as many as possible!

Looking back on our one-year travel anniversary post, our passion for travel has not waned in the least. In that post, we wrote: “On 30 April 2010 we boarded a plane from London to Las Vegas, where we started our round-the-world adventure. We might still be far from getting around the entire globe, but we have traveled quite a bit in the last 12 months as digital nomads and have no plan to stop any time soon.”

Sounds perfect for the end of year two as well!