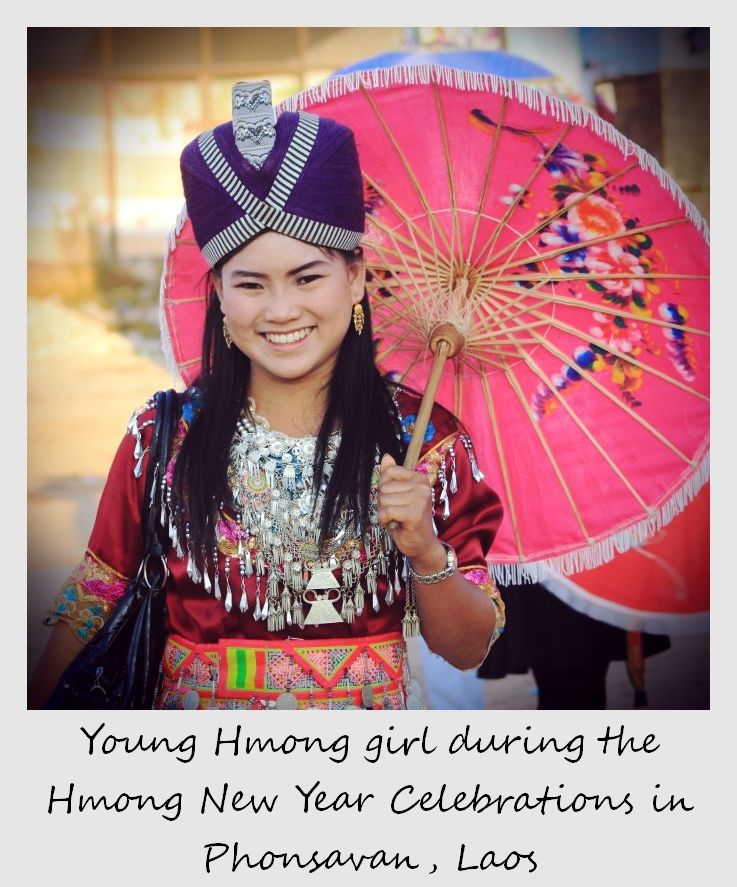 Sometimes, when you travel, you go on gut instinct alone. We had heard of the Xieng Khouang province of Laos around the city of Phonsavan, booked a ticket and endured the ten hour bus ride only to bounce into town just in time for the Hmong New Year’s celebrations.  The Hmong people, an ethnic group that originated from South Eastern China, were forced to settle in Thailand, Laos and Vietnam as a result of several wars throughout the years.  Now the Xieng Khouang province is home to one of the biggest groups of Hmong people, who, during the New Year’s celebrations (after the harvest in late November/early December), dress in their traditional costumes, dance and eat great food – for up to 40 days in most regions!

The most interesting aspect of the celebrations is the pov pob, the Hmong game of love. Unmarried boys and girls, men and women line up facing each other and toss a tennis ball back and forth – hoping that the girl or boy they like throws the ball back. If the ball drops, that means there’s no interest.  Both the girls and boys dress up in intricate costumes  which represent their clan – and they must find someone from outside of their clan to marry.

We were invited to take part – several times – but politely declined in favor of observing this adorably innocent ritual of teen flirtation. During the Pov Pob, the teens took the time to stop sending text messages and playing music from their phone’s speakers. In one sense teens are the same all around the world nowadays, so it was particularly interesting to witness the willing practice of their traditional culture as well.

Dina, if you ever get the chance to go to the Hmong New Year, you should! It was such a fascinating experience.

The colors and the smile....beautiful!

Thanks Candy :) The girls were all so friendly and happy!

She has a beautiful and happy smile...