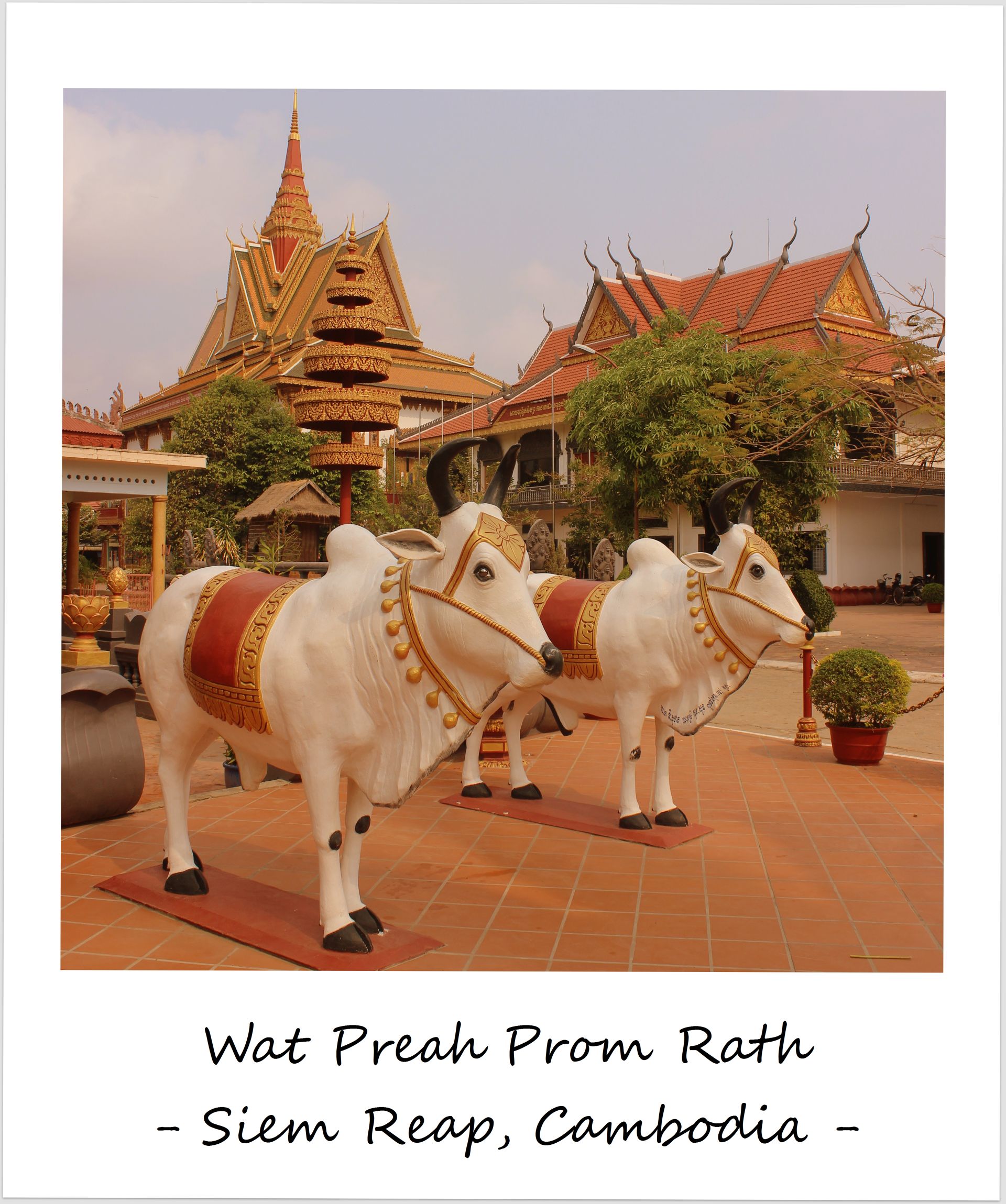 This week’s Polaroid is coming to you from Cambodia! If you’ve read my travel plans for March you might recall that they did not include any plans to visit Cambodia, and I am supposed to be in Indonesia right now, not in Siem Reap, close to the ancient temples of Angkor Wat.

However, sometimes things don’t go according to plan, and when I wanted to check into my flight to Bali last week, I was told I couldn’t get on the plane because of the state my passport was in. My jaw dropped. I had taken four flights within Thailand over the past few weeks and five flights in the Philippines (and from there to Thailand!), and no official ever mentioned that I might have problems being allowed into a country with my passport. I have to admit that it does look more … used… than your average passport, but I am still shocked that I wasn’t allowed on a plane because of it – a first in all my years of travel.

I will talk more about the whole dilemma in my monthly roundup but long story short, I wasn’t able to meet my friend in Indonesia which I am devastated about, and I was only able to get a temporary passport which limits my travels considerably.

But back to Cambodia and why I am here. I will meet a friend in Thailand at the end of the month but my 30-day Thai visa would have expired by then. In order to get a new two-week visa I needed to leave the country and when I realized that, I didn’t even need to think about where to go – Right away, I googled how to get to Cambodia from Bangkok and was on a bus to the border as soon as my new passport had been issued.

Now that I’m here, I can’t believe that I was not going to visit Cambodia on this trip, a country I fell for head over heels on my first trip, and which still mesmerizes me this time around. I wasn’t sure how I would feel about it three years after my first visit but I was happy to discover that I still love it just as much as I did back in 2012, and I am super excited to revisit old favorites and some new places before I meet my friend in Bangkok in a couple of weeks.

Polaroid of the week: Country life in Cambodia
Click here to cancel reply.

Ah man that sounds terrific and you must be gutted that you were able to get through so many countries then the final destination wouldn't let you in. At least you had somewhat of a backup plan to regroup.

Travel News / Polaroid of the week: Back in Cambodia

That's insane that you weren't able to go to Indonesia because of your passport! Part of me is really sad that you're not going to be able to explore a little bit of Indonesia. But Cambodia is a country I hold very near and dear to my heart. I just visited for the second time in January and I had the same feelings about it that (it seems) you have. I was still absolutely in love with the country the second time around! I'm actually writing a post about Phnom Penh at this very moment. I love that city ;) And Koh Rong too...if you have time you should go there!!

I know :( The people at the check-in desk (I got everyone involved, including the supervisor and Thai immigration officials, lol) mentioned that Indonesian border officials were particularly tough, apparently. I still wonder if I would've gotten held up had I tried to fly to another country. Publish your post on Phnom Penh quickly, I'll head down there on Wednesday :) And I have fond memories of Koh Rong, so I hope I have time for a return visit.