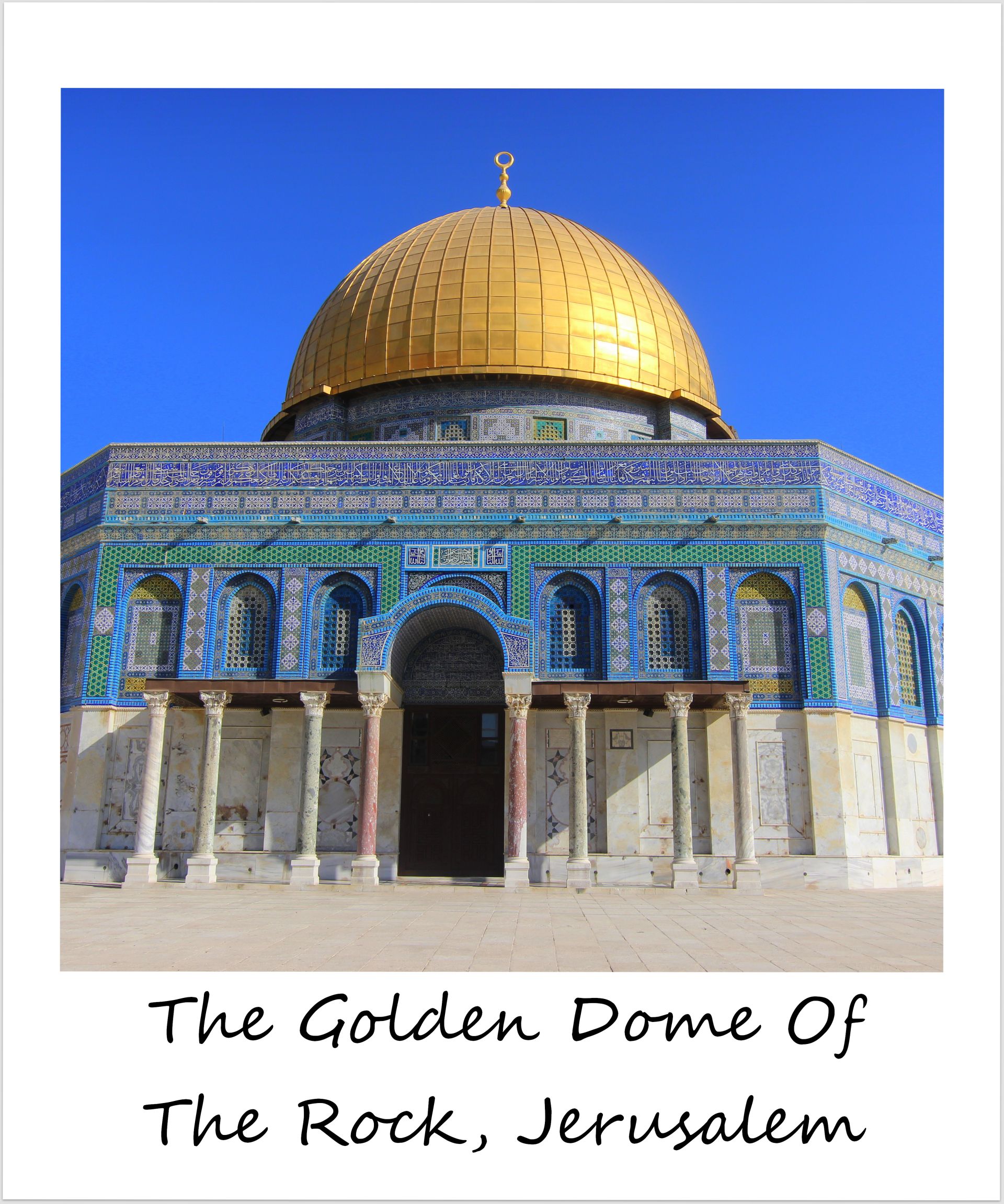 Last week I got my first introduction to Jerusalem, Israel’s capital and the most significant religious city in the world. Even though Jerusalem is not part of the National Trail, (which I was hiking), we made the detour to get a brief tour of this important site for Christians, Jews and Muslims. The religious gravity of Jerusalem creates an aura that is hard to put into words. Orthodox Jews, devote Muslims and faithful Christians living together in such a small space is something you don’t find anywhere else in the world, and I was wowed by the different quarters of each religion, all of which are distinctly different from one another.

The Dome of the Rock with its golden cupola is the most recognizable structure in Jerusalem, towering on top of Temple Mount high above all the other buildings of the city, unmistakably sticking out of the skyline of the Old City. While some sights that you know well from posters and pictures can be a letdown when you finally get to see them with your own eyes, I found the Dome Of The Rocks to be just as breathtaking as you’d expect it to be. It is known to be one of the oldest buildings in Islamic architecture, but is significant for all three religions (I’ll spare you the historical details, but you can read more about it here). I will return to Jerusalem next week and am already looking forward to spending more time there – if you’ve been to Jerusalem and have any tips or recommendations for me, please share them in the comments below.

[…] the area and the events that led to David beating Goliath, we interrupted our nature hike to visit Jerusalem, Israel’s capital and most likely the most significant religious city in the world, but since […]

Have been following my son's bike trip through Vietnam on Instagram and seeing your Jerusalem photos there too. I don't have a phone capable of doing Instagram at the moment but hope to get the new IPhone soon. So I thought I would pop over to the blog to find out all about why you are in Jerusalem. Your night under the desert stars would have been precious. We spent one night in the Moroccan Sahara, but it was cloudy :(

Hi Jan, thanks for the comment :) Your son is biking through Vietnam? That sounds awesome! Where can I follow his journey? Israel was amazing but doesn't compare to a cycling adventure in Vietnam!! ;)

Miquel - Having spent nearly three weeks here now I have to say that I am completely blown away by the diversity of the country and the welcoming people. There's so much to see and do - I can't wait to share more about my trip soon!

Wow, the dome is beautiful. I'm definitely a sucker for Islamic architecture!

Justine - me too! I loved the Islamic Quarter of Jerusalem. Can't wait to go back and see more :)

Great city with lots of history. Definitely a city to appreciate it's value for what it's worth.

De'Jav - So much history indeed... I am glad I get to return and explore the city at a slower pace. The one full day I had there last week was definitely not enough and my head was exploding with all the facts and details of the history there ;)