I am about to head out on a beach getaway to Eilat, a resort town on the Red Sea in the far south of Israel. After my challenging trek through the Negev Desert, I am in urgent need of some rest and relaxation. I plan to do nothing but read and work on my tan. That got me looking at the dozens of books I have downloaded onto my Kindle, wondering which one I should read next. There are so many books that stir my wanderlust; it’s hard to make a decision. If you have a recommendation for me, please feel free to share it in the comments below. For now, I am sharing my favorite travel books with you – read on for the five books that inspired me the most to put on my backpack and travel the world: 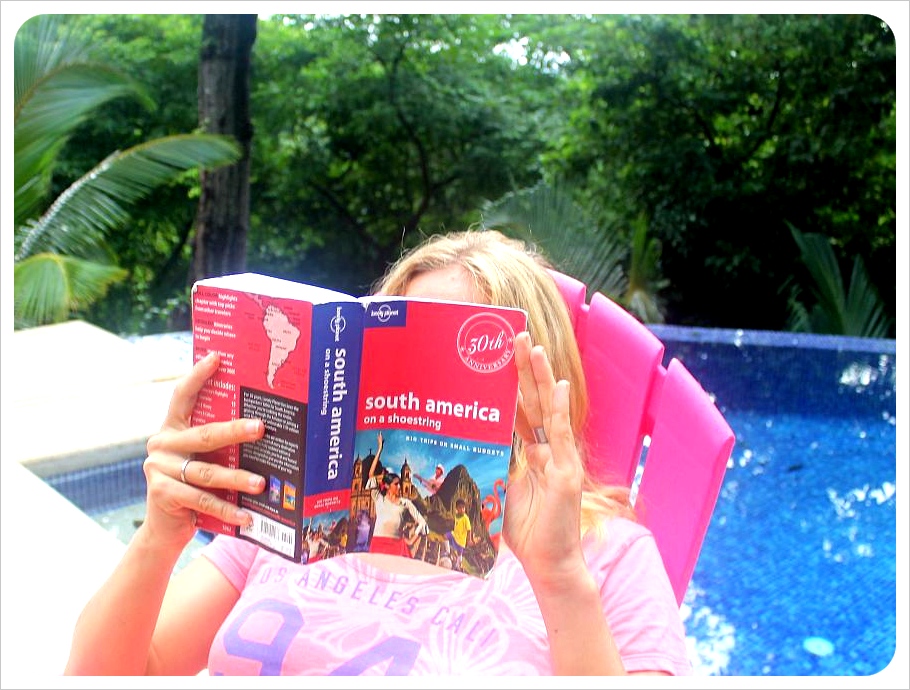 The Beach by Alex Garland

When I read this book, it hadn’t yet evolved into the backpacker classic that it is these days – it’s rare not to find a copy of The Beach in a backpacker hostel in South East Asia.

The book accompanies young British backpacker Richard on his first backpacking trip to Thailand which randomly leads him to a secret community on a tropical island that looks like the perfect commune for young hippies from around the world – at least at first sight – and results in an agitating and later dramatic time at the beach. I don’t know anyone who has read this book without looking up airfare to Thailand after finishing it. Not only a plot that gets you daydreaming, but also written in a captivating style.

Makes you want to go to: Thailand 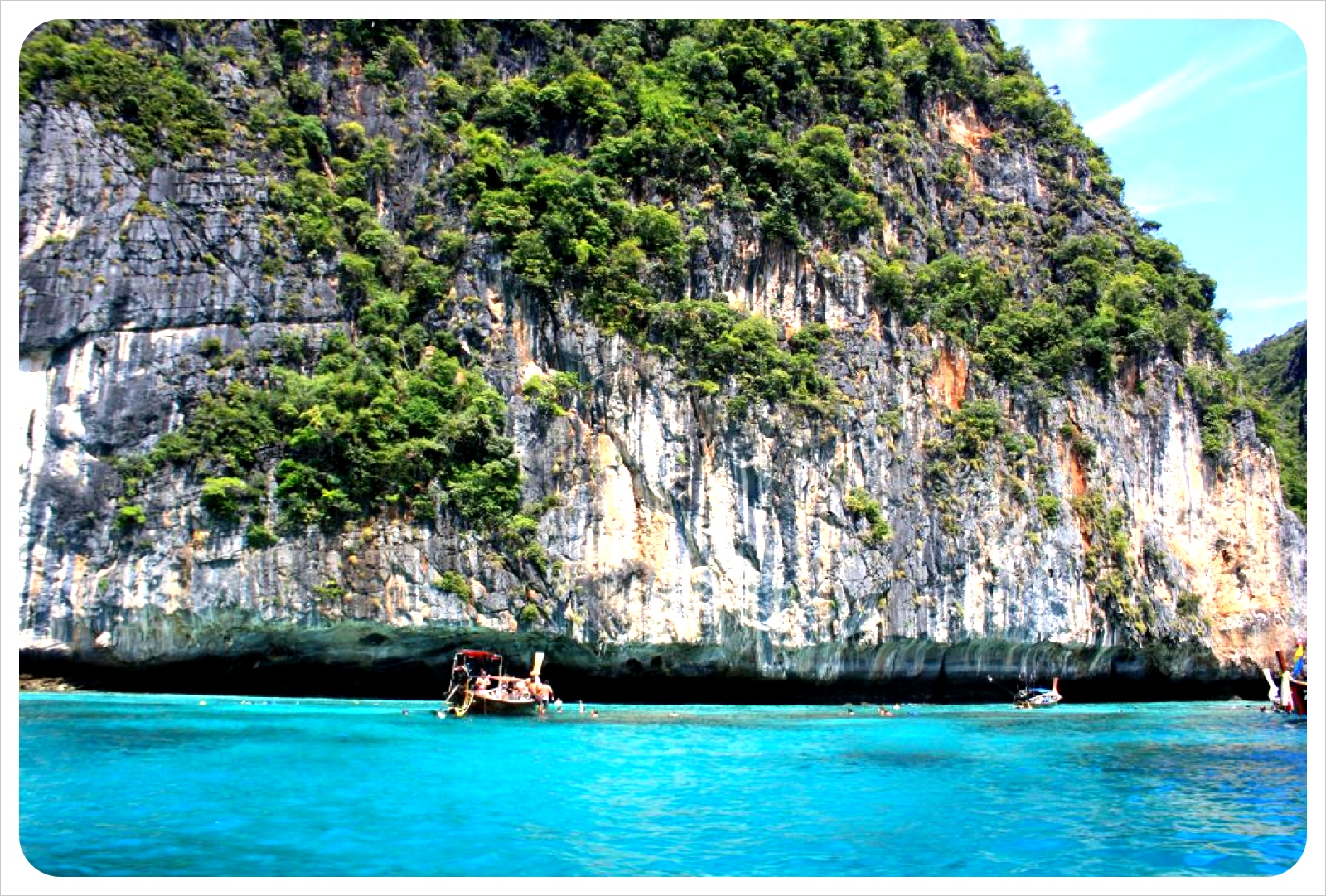 The paradisical setting of The Beach in Thailand

The White Tiger by Aravind Adiga

I read this book just before I arrived in India a couple of years ago and I couldn’t have asked for a better introduction to this mind-blowing country. The book tells the story of a poor village boy who, through a number of lucky incidences, becomes a savvy entrepreneur in Bangalore. This book offered a fantastic insight into a side of India that people usually don’t talk about, and I recognized a lot of things from the book in India and having read The White Tiger really helped me understand the culture of the country better. The book is written in a funny tone that will make you laugh out loud on several occasions and even though Balram, the main character, turns pretty dark in the end, you will miss him when you’ve finished the book!

Makes you want to go to: India

I had always been fascinated by Che Guevara, whose unmistakable face adorns millions of T-Shirts around the world, and who, as an Argentinian middle-class boy, ended up playing a key role in the revolution that turned Cuba into a socialist state in the 1950s. It was his South America travel diary that spurred my wanderlust though, making me long to follow into his footsteps and explore Latin America – ideally on a motorcycle, like he did. It was this journey, undertaken by him and his best friend when he was a medical student, on a motorbike, that radicalized his socialist thinking after witnessing poverty, injustice, hunger and disease throughout the continent. Even though the picture he paints of South America is often dark, he manages to create an image that makes you head out on an adventure like his, hoping to be able to change the world afterwards, just as he did. The disasters and discoveries Che describes in his diaries are so compelling and intriguing that you might end up packing your bags for an adventure of a lifetime like Che as soon as you put down the book. You can pick up The Motorcycle Diaries on Amazon.

Makes you want to go to: Latin America 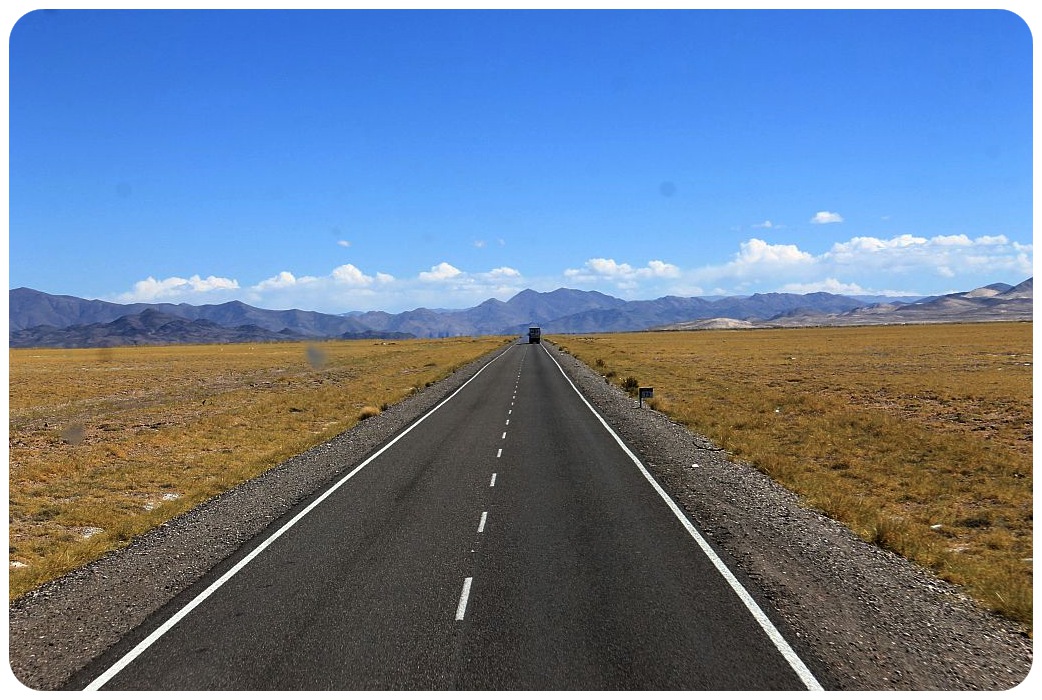 Following in Che’s footsteps in Argentina

The Long Way Around by Ewan McGregor and Charley Boorman

This was the book that actually made me decide to travel the world – after reading the book in 2009, I kept thinking about traveling the world and mapping out routes in my head. A few months later, I hit the road. Not quite like McGregor and Boorman who set off on BMW motorbikes to travel from London to New York via Europe, Central Asia, Russia and finally Alaska, Canada and the U.S., but it put places like Mongolia on my travel wish list; places that hadn’t been on my radar before. The book, in which they share details of several obstacles, accidents and challenges along the way, is very gripping and I often felt as if I was right there with them on their 19,000 miles once-in-a-lifetime journey. You can order Long Way Round on Amazon.

Makes you want to: Go around the world on a motorbike

Portrait in Sepia by Isabel Allende

Even though Portrait in Sepia isn’t a travel book per se, the extremely talented Chilean writer manages to create such vivid images of the locations her stories take place in that after each and every book of hers I read, I have a new place I wish to explore, simply based on her colorful descriptions of it. The books takes you from Chile in the late 19th century to modern-day San Francisco Allendes book keep fascinating me with the rich details of every character in her comprehensive family sagas, no matter how small his or her role in the story may be. And while the imaginative characters play the main role, you still learn plenty about Chile’s history and feel transported right into San Francisco’s Chinatown.

Makes you want to travel to: San Francisco and Chile 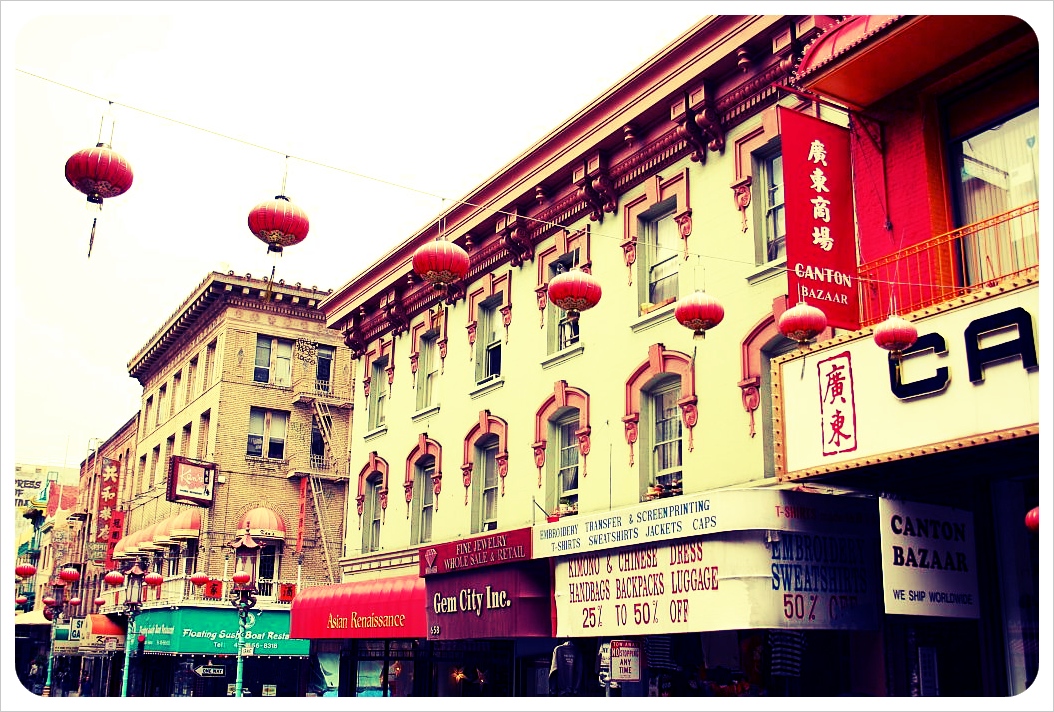 **What’s a book that induced your wanderlust? Share in the comments below!** 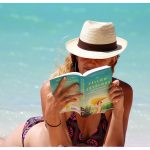 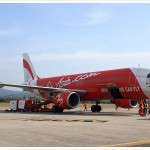 […] already shared with you the top five books that inspired me to travel, but since I wrote that article, I’ve read quite a few new wanderlust-inducing books. Today I am […]

I'm silently reading your blog so far and enjoying it so much to read about you discovering all those great places! It's inspiring.

For me, The Art of Hearing the Heartbeat by Jan-Philipp Sendker is a great book that makes you wanting to explore Myanmar uregently.

And Elias Canetti's The Voices of Marrakesh made me longing for a trip to Morocco :)

Lea, thanks so much! I was just looking for some new reads. Both sound fantastic! :) Thanks again.

Shantaram can be quite a daunting size (I struggled until p100 and then it took off for me). I might even have preferred Rohinton Mistry A Fine Balance for India. And while I think about it, a top book from a couple of years ago, Cambodia was Vaddey Ratner In the Shadow of the Banyan ... but hey, could go on for ever and always new books with a potential to make the best travel reads ever list!

Oooh, what a great list. Loved reading The Beach when I went to Koh Phi Phi; Shantaram for India; The Quiet American for Vietnam... we have been adding our books that have inspired us to travel on Pinterest http://www.pinterest.com/tripfiction/the-top-travel-books-ever/ and there must be lots more to add ( a never ending task!)

Sharantaram has been on my to-read list forever! Gotta finally read it!! Never heard of The Quiet American but will check it out :)

Great list, I have read The Motorcycle Diaries and The Beach and I loved them. Isabel Allende is a wonderful Latin American writer though. I would include in your list a very good one that inspired me a lot and also gives a unique message about life:

Into the wild by Jon Krakauer

I thought about including Into The Wild but then I realized that while I loved the book, it didn't really inspire me to go anywhere ;-) It left a deep impact on me though, loved that book!