You never know which small detail you ignore in the middle of a stressful day that will become an issue later.

Our backpacks were heavy and getting heavier by the minute as we walked back and forth along one block of Mexico City’s fabulously restored Centro Historico. According to the address and the map, the Chill Out Flat B&B had to be there somewhere, but where would the cozy little bed and breakfast we saw online be hiding amongst some of Mexico’s grandest historical buildings, we wondered. 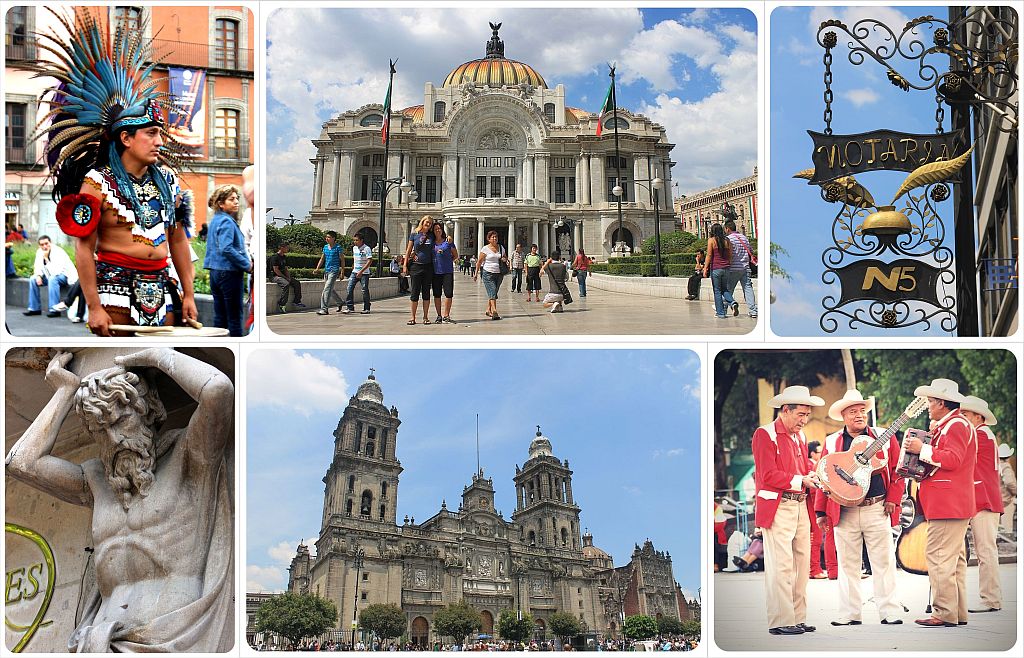 A female security guard in front of what appeared to be an office building watched us pass by, but gave me a knowing look when I caught her eye. When we wandered by a second time a few minutes later, I climbed the steps to ask her what I thought was a ridiculous question, about a little hotel. Before a word left my mouth she smiled and said in her Spanish accent – Chillout?

Why yes, yes, we are looking for the Chillout, we said happily. This way, she said, pointing us to the elevator in the back of the building. 1st floor.

It was then that a few words on a screen buried deep in my memory wiggled its way into my mind. Ah…yes…complicated directions in the confirmation email. I meant to have those up on my iPhone.

The building itself is a six-story building, with apartments and businesses spread throughout. Once we arrived on the first floor, we entered a patio surrounded by closed, private apartment doors. Sure this had to be wrong or the start of some strange adventure, one quick glance to the right down a short hallway revealed a sign, in colorful stick-on block letters: CHILL OUT FLAT B&B. Seconds later we were embraced by a ray of sunshine, Eloisa, who owns and operates the place with her partner David.

Despite being in the middle of cleaning, a mop in her gloved hands, she couldn’t have been more friendly as she led us into the apartment and chatted for a few minutes before rushing off to make our room ready.

If the Chill Out felt as comfortable as staying in a private home, it’s because that is essentially what it is. David’s mother bought the apartment years before the city center’s renovations, against warnings from friends and family about what was then an undesirable neighborhood. Thanks to her foresight, twenty five years later, she has let David and Eloisa run the B&Bl while she lives in a much more comfortable spot in Mexico City’s high-end suburbs. The living room is comfortable with two small couches around a coffee table filled with guide books, maps, flyers and pamphlets, plus a TV, DVD player and computer with internet access in the corner. The fully-stocked kitchen is available 24 hours a day to guests, so we immediately made ourselves each a cup of green tea and set about planning our afternoon in Mexico City while we waited for our room to get ready. Within minutes, the Chillout felt like home. We don’t meet David until later that evening, when we are busy writing and working at one of the kitchen tables. He popped over from the apartment across the hall where they now live. David could not be more friendly, and we talked travel for ages. A flight attendant for a few years, including the first year or so when he launched the bed and breakfast, David finally quit serving drinks at 35,000 feet when the B&B took off – thanks, in part, to the hundreds of five star reviews on Tripadvisor. Today, they have taken their success to the second floor of the same building, where they have opened a Chillout Yoga Studio.

There are six rooms here, so the feeling is incredibly intimate. Ours is outside the main apartment, with a separate entrance. The en-suite room is small and simple. Immaculately clean with a comfortable Queen bed, a bedside table and lamp, dresser and colorful Mexican paintings on the wall. It could be a room in anyone’s house, except that extra bit more comfortable which, along with warm, fuzzy towels and organic toiletries make it a quality bed and breakfast. 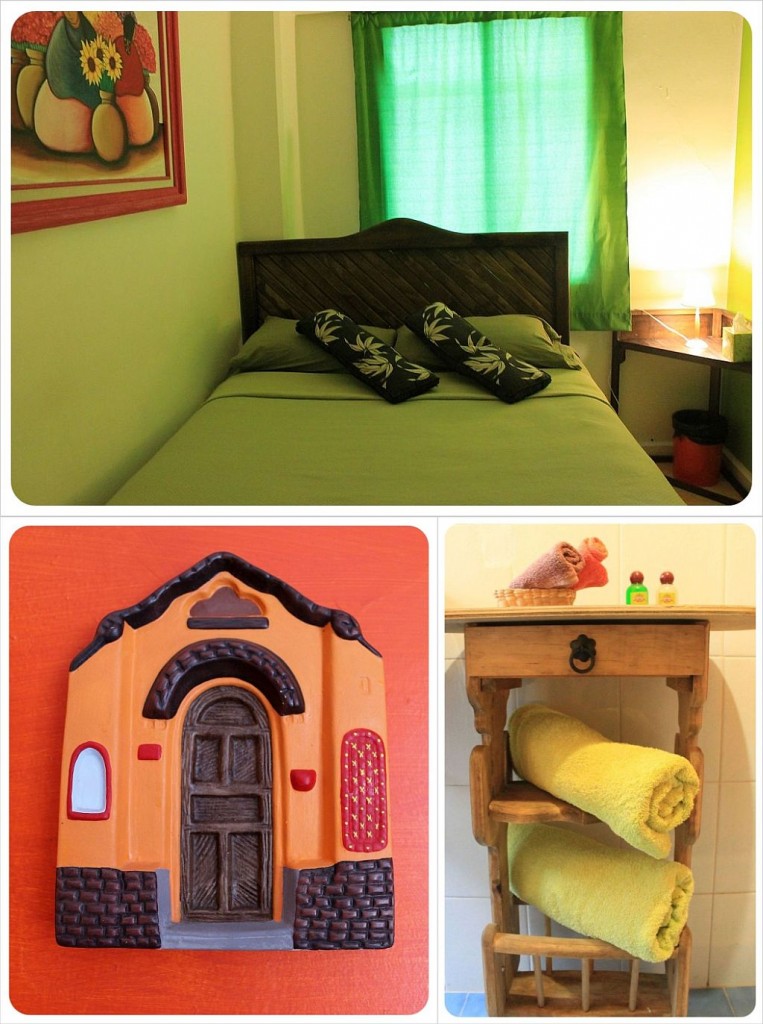 Stand Out Feature: Community in the Kitchen

Every morning from Monday to Saturday, Eloisa prepares a full Mexican breakfast for guests. Unfortunately we are only there on Sunday, but in a way this gave us some great insight. Even on her one day off, the kitchen is fully stocked with homemade yogurt, fresh fruit, breads and jams, coffee, tea, a kettle, water and other little snacks available until 10pm. The kitchen is roomy, with three tables and unlike other B&Bs where the kitchen feels off-limits, the sense of community feels almost like a hostel, though the cleanliness, quality and privacy are definitely several levels up from that.

Normally we try to avoid choosing a feature that owners have so little control over, but it would be a mistake not to at least emphasize how incredible the location of the Chill Out Flat B&B is. A ten minute walk from the Zocalo, and we can see the Palacio de Bellas Artes from the window. After a few hours of exploring the city center, we hopped back upstairs and just had a quick lie down, maybe 30 minutes or so, before heading back out to find the famous Mexico City bakery and have a drink at a popular nearby restaurant. Later that night, when Dani ran out to get us tickets for the airport bus in the morning, she left the hotel and was immediately engulfed in a street festival. At 6am the next morning we snuck out and walked five minutes to the airport bus. Staying at the Chillout is like having an extremely well-connected friend with a coveted downtown apartment.

Magnified by being placed in this section, the issue of the lock is a small detail, it is just the only issue we had, so it bears mention here. The lock to the main apartment is old, sticky and complicated to open. We came in and out often and early, and felt we had to rattle, bang and scrape at the lock too much, once or twice feeling like we actually wouldn’t get in on our own and worrying at the same time about waking up the other guests. Although the whole experience is very personal and homey, nice, new industrial keys and locks would be a final little touch bringing the Chill Out to perfection.

A stay at Chillout Flat B&B is an intimate, personal experience unlike any other in Mexico City, a perfect combination of friendliness, quality and location at a completely fair price. The only thing you have to worry about is reading those directions in the confirmation email carefully. David and Eloisa take care of the rest for you.

What a cool place, love the name!

I was instantly drawn by the name, as well, Andi :) It's such a great B&B and the location is superb. Highly recommend it.