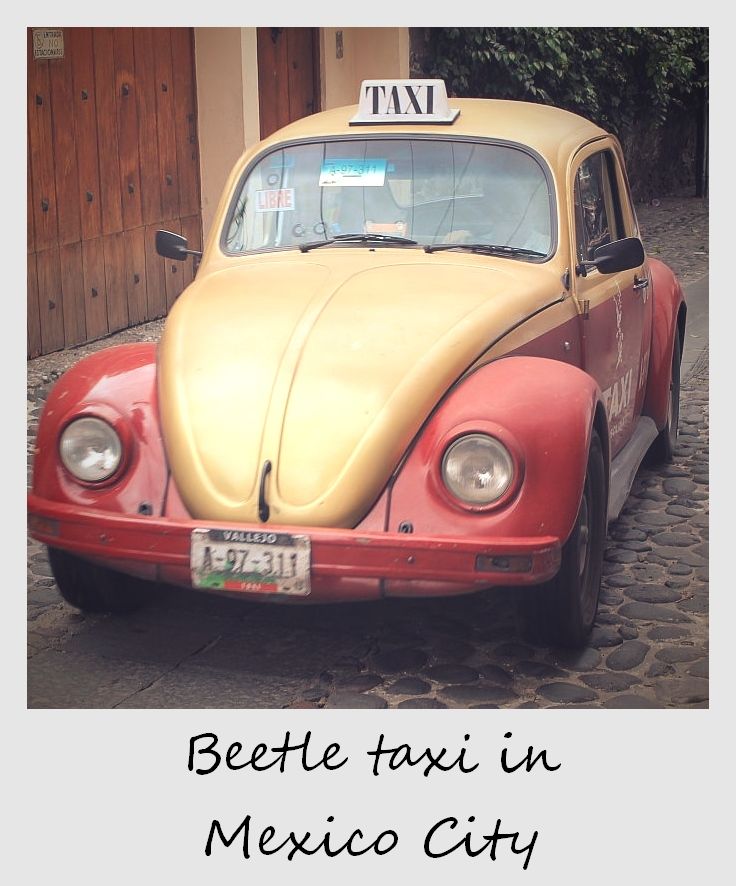 Much like London’s iconic double decker buses, the VW Beetle taxis are a symbol of Mexico City. Seen whizzing around the city non-stop, these VWs are soon going the way of their cousins around the world, as city officials have decided to retire all Beetle taxis by the end of this 2012.

This means we may have seen the last of these ‘vochos’ (Spanish for ‘bugs’ in Mexico) during our recent stop there this month.  At the height of their popularity, there were 50,000 Beetle taxis cruising around town, but numbers have been dwindling since their production in Mexico finally ended in 2003.  In addition to being tiny, these two-door cabs are said to be less safe than four-door taxis and no longer meet emission standards. This major contribution to Mexico City’s already high levels of air pollution was the major factor in the city’s decision to squash these bugs.

So, if you’d like to go for an adventurous ride in one of these old, rattling vochos, you have to act quickly and head to Mexico City before 2012 ends.

So sad they are being retired, I love them! Great shot!!!

Thanks, Andi! Mexico City will look so different without the beetle cabs!