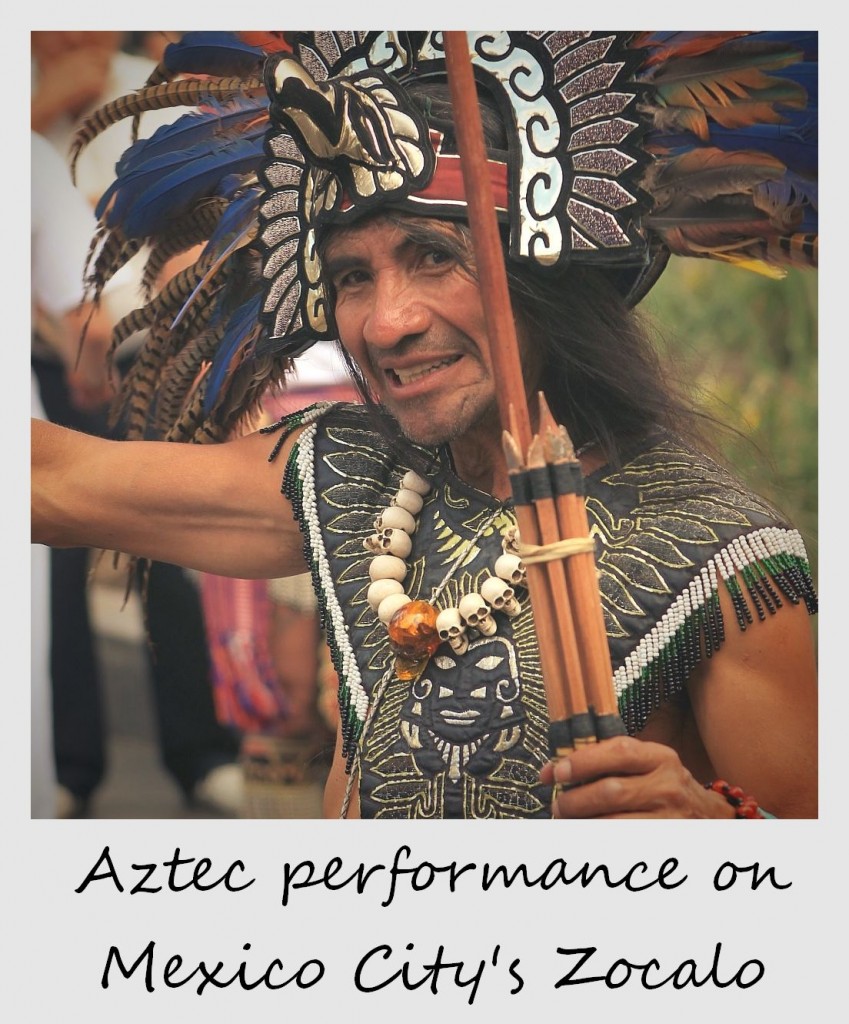 When we visited Mexico City the first time in 2010, we spent nearly two weeks exploring all the major tourist sights the city has to offer. On our second visit this month, we stayed away from all the tourist sites and explored lesser known neighborhoods like San Angel and San Rafael instead. For our last day, however, we decided to return to Mexico City’s main plaza, the Zocalo, for some people watching and for some Tlayudas – a Mexican street food we had discovered on our first visit.

Returning to the Zocalo felt as if we had never left. We remembered how we used to watch the Soccer World Cup on a big screen with thousands of Mexicans, and how we gazed in awe at the Aztec dancers who are performing their dances here on the weekends. Mexico City is built on the grounds of the Aztec’s empire former capital Tenochitlan, and its main temple, the Templo Mayor, sat right where Mexico City’s Zocalo is today. The dancers recreate ancient ceremonies and the Aztec Dance (La Danza Azteca), performing in traditional dresses using long feathered headdresses and leather skirts. Music is played on drums, flutes and rain sticks, and little bells on their ankles jingle while the dancers move. The dancers also perform spiritual rituals with incents and herbs to remove bad spirits from people in the audience, worshipping their ancestors and keeping the spirit of the Aztecs alive – a big spectacle for Mexicans and foreigners alike.

The Zocalo is an amazing location. I've seen Aztec dancers, Hare Krishna singers and a Peruvian flute band in different parts of the square on the same evening. This is, ofcouse, in addition to the regular salesmen, hawkers, shoeshiners, families and kids... crazy :)

Yes - there's always something going on there :) Love it! I actually just read that apparently there are three big Aztec Dance events every year where hundreds of them perform on the Zocalo together - have to experience that one day!!

I'm so happy my friend recommended this blog to me! Fantastic! I dream of the day I can self-sustain myself online and travel forever.

Thanks, Patricia :) I always say: if we can make it happen, anyone can!!