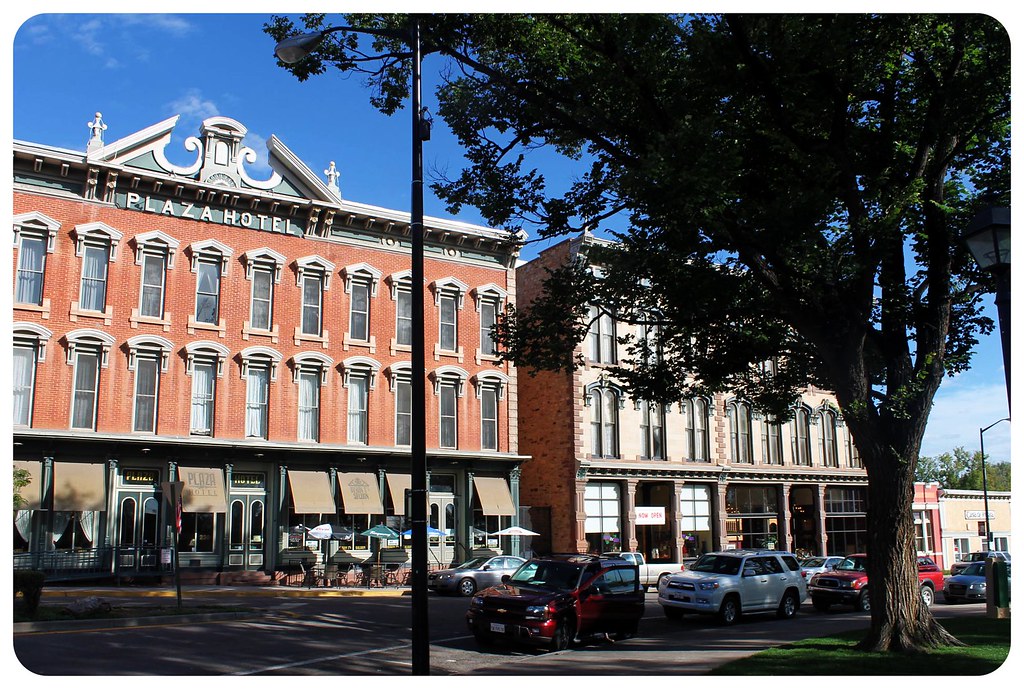 I felt like the hotel was straight out of the 19th century – what a change to all the Comfort Inns and Econo Lodges that usually showed up in my searches. Staying anywhere else was not even an option; I had a feeling that the Plaza Hotel would be just the right place to rest our heads during our time in Las Vegas.

It turned out that the gorgeous Italianate-style red brick building looked beautiful in pictures, but was even more impressive in reality. It thrones majestically over the historic Park Plaza, now in addition made up by two buildings: the original Plaza Hotel, plus the adjoining Ilfeld Building, both lovingly renovated and well maintained. 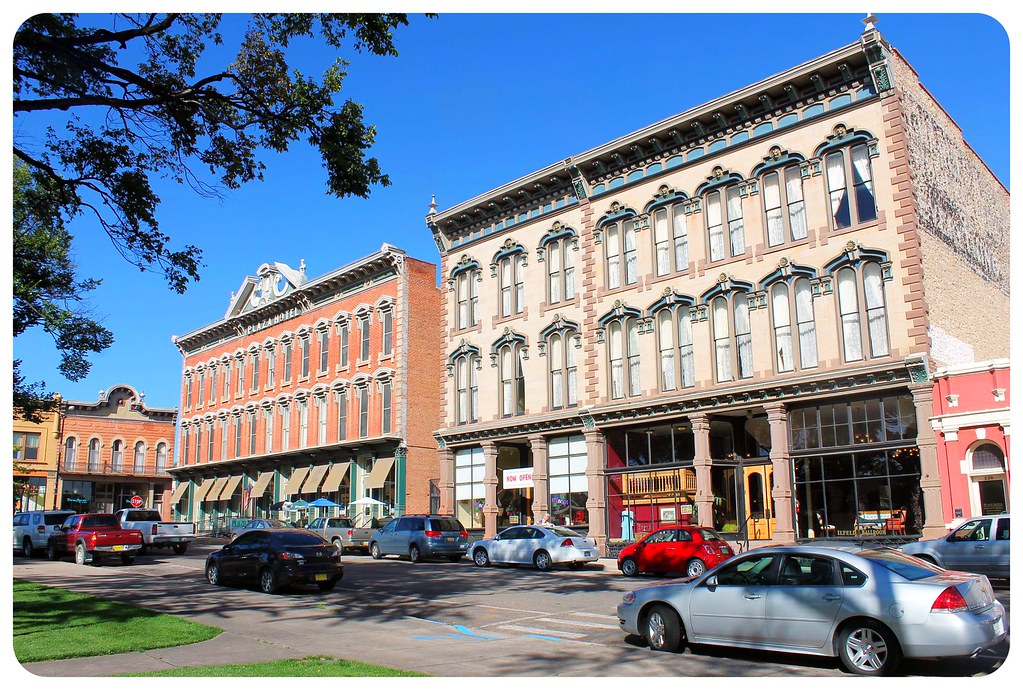 As soon as you enter the building, the grand entrance hall evokes fantasies about the scenes that must have happened here over one hundred years ago, when the hall must have been filled with wealthy ladies on the way to their cattle farms or horse ranches. Instead of cars, horse carriages would have lined the green central square, and the entourage of the ranch owners would have rushed in and out of the hotel with all the suitcases, boxes and other luggage they were traveling with.

Stepping into the hotel almost felt like stepping onto a movie set – with the exception that this place really exists! The building was constructed in 1882, when Las Vegas was a booming transportation hub thanks to its strategic location on the newly built East West train line. One hundred years later, the entire building was renovated and modernized, without losing any of the original features or the character of the building. 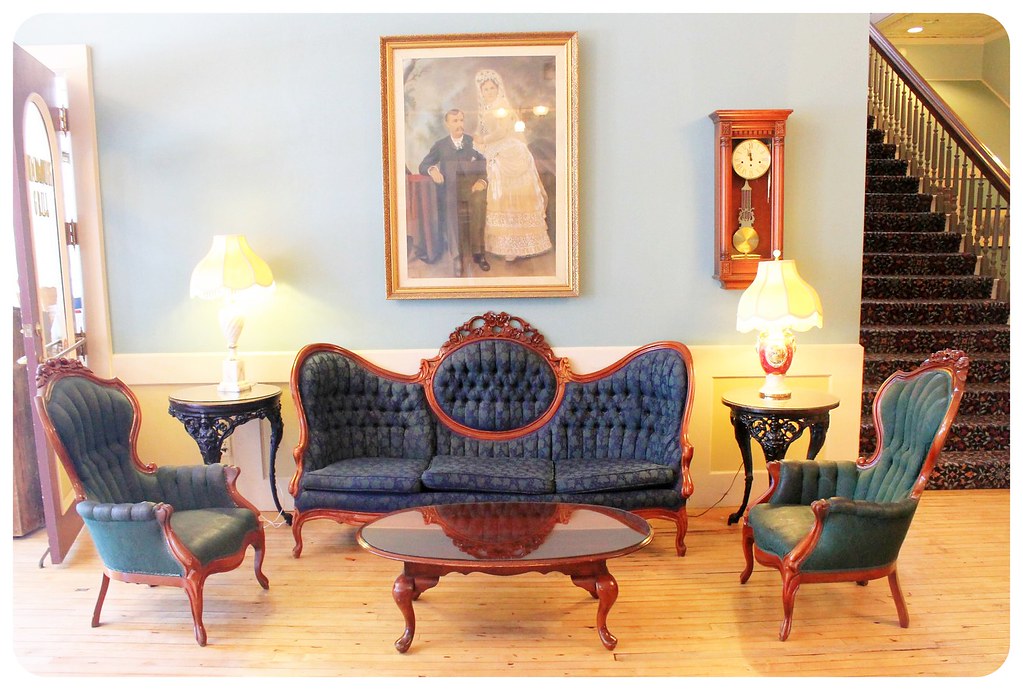 After extending the hotel by adding the Ilfeld Building next door, it now houses 66 guest rooms plus 5 suites. Thick, soft carpets absorb the noise of the hurrying steps up and down the stairs, and antique furniture lines the hallways, maintaining the Old West feel of the hotel. 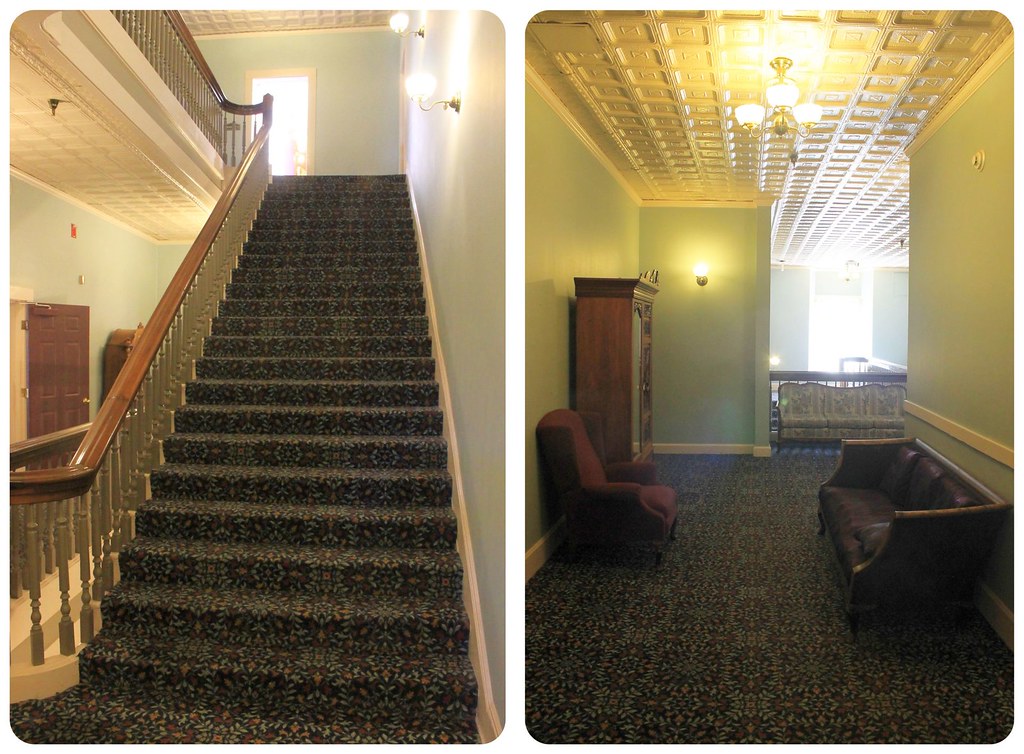 While the room is clean and comfortable, it is nothing extraordinary, but the hotel is doing a good job by keeping up the southwestern atmosphere here, too, with wooden furniture and a wash basin in vintage look. The bedside tables are covered in True West cowboy magazine, the matching read for our stay here. The bedroom might feel a little bit antiquated, the bathroom, however, is modernized and shiny. 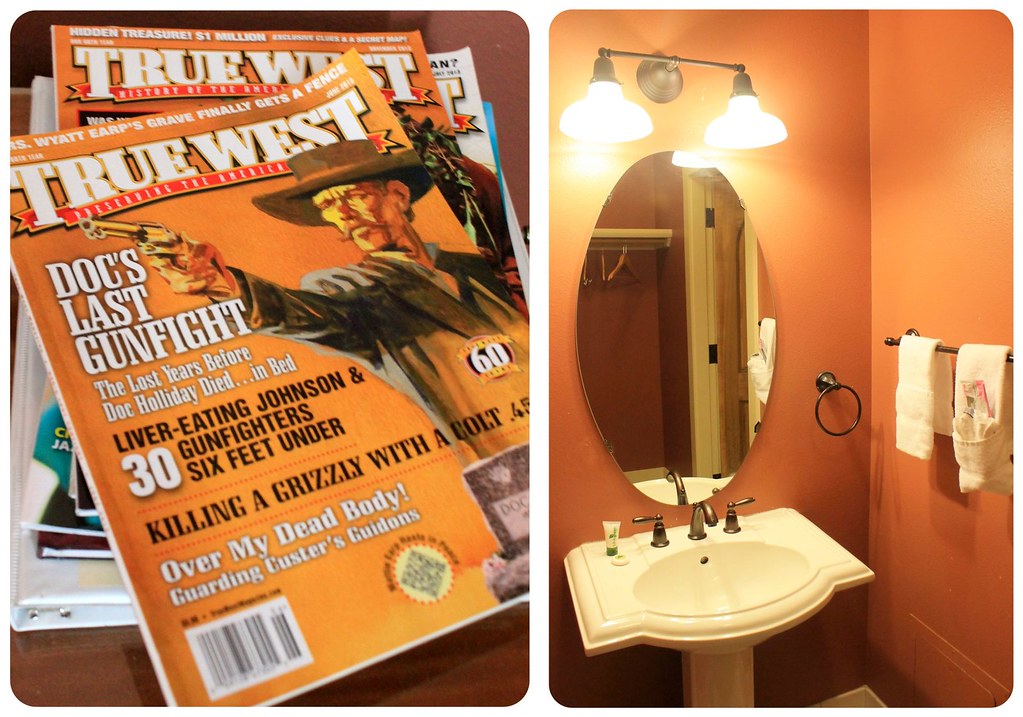 The building itself hasn’t lost anything of the grand aura it must have emitted when it opened its doors in the late 19th century, with the Victorian dining room still in use, and the adjoining Ilfeld Building offering a ballroom that is often used for weddings and other receptions. 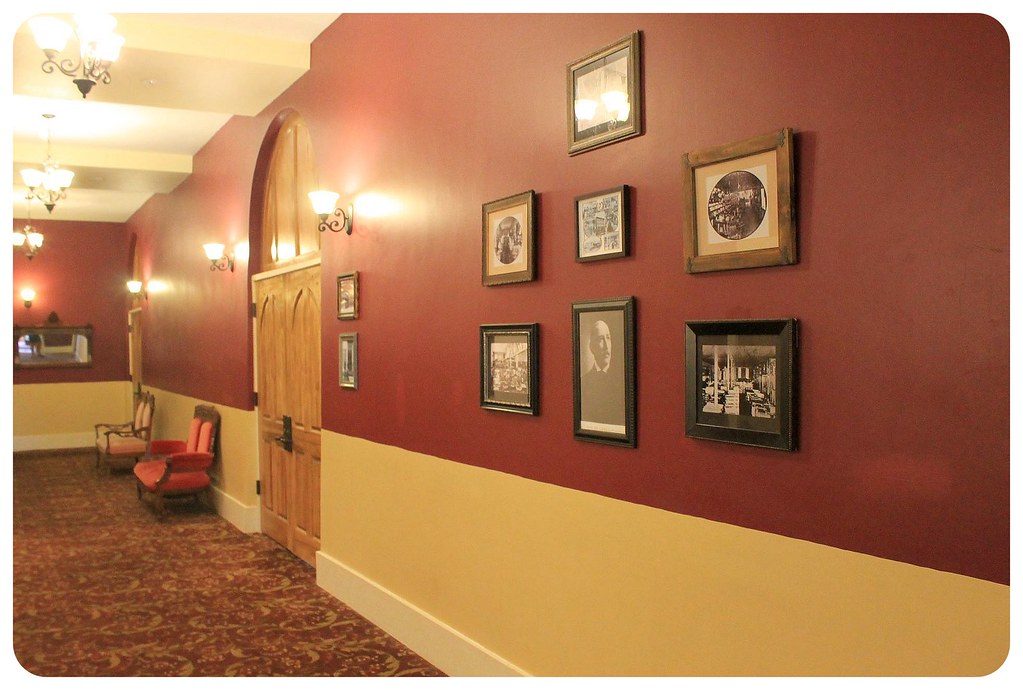 The hotel bar, Byron T.’s is designed in Western style, and you wouldn’t be surprised if some of the notorious figures that were known to have spent time in Las Vegas would step through the wooden swinging saloon doors at any time – outlaws that included Jesse James, Doc Holliday and Billy the Kid. What I also loved was that the locals use Byron T.’s as their hangout, too – it is not just made for tourists! 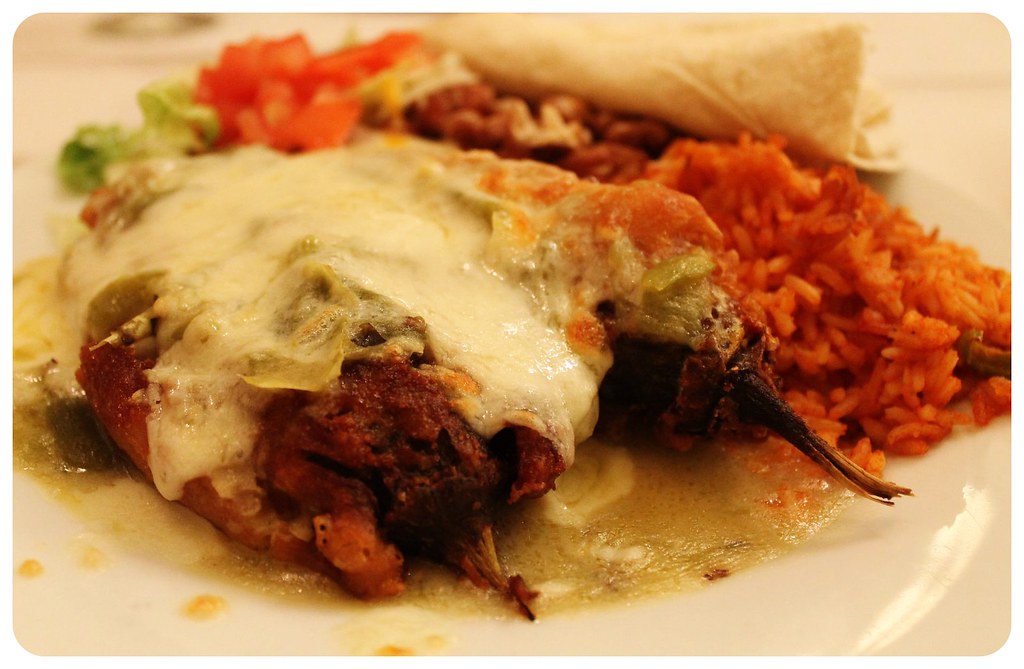 The Landmark Grill is the main restaurant though which had a decent selection of New Mexican dishes, all at an affordable price (ranging from $7 to $27). We even found two different vegetarian dishes on the menu (including a spinach salad with cranberries and walnuts) and the Stuffed Green Chile was the best I had had on our road trip thus far.

The Landmark Grill is also where breakfast is served in the mornings, included in the room rates. Instead of a typical mediocre road trip motel breakfast buffet, you get to order a full hot breakfast a la carte – both the Berry Waffles and the Huevos Rancheros lived up to our expectations. 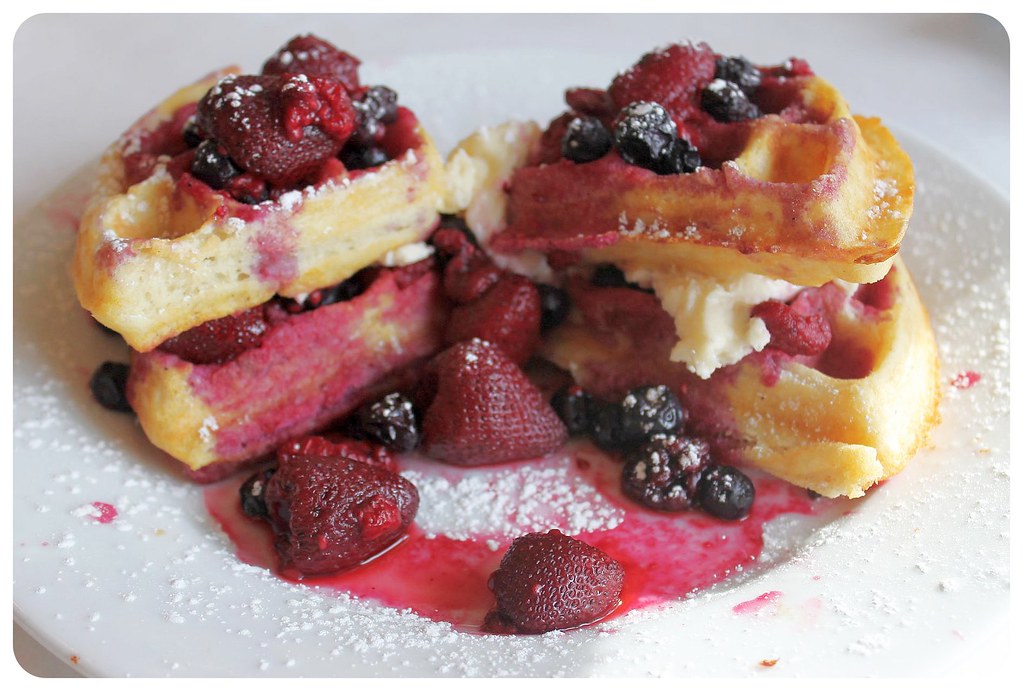 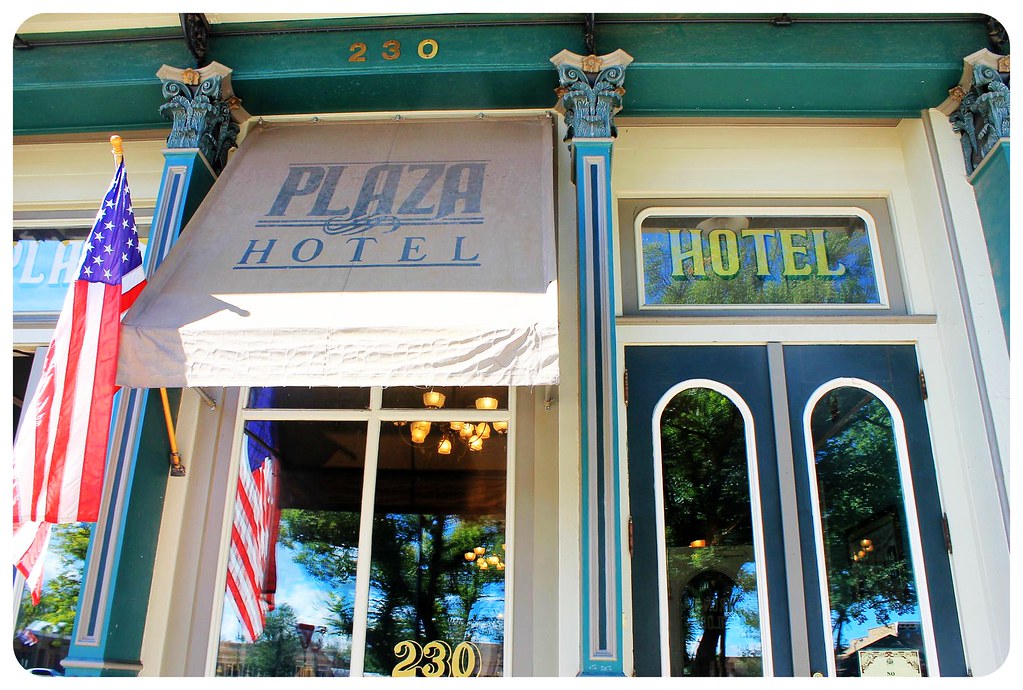 Tip: We found an amazing bargain deal for the Historic Plaza Hotel on Booking.com! 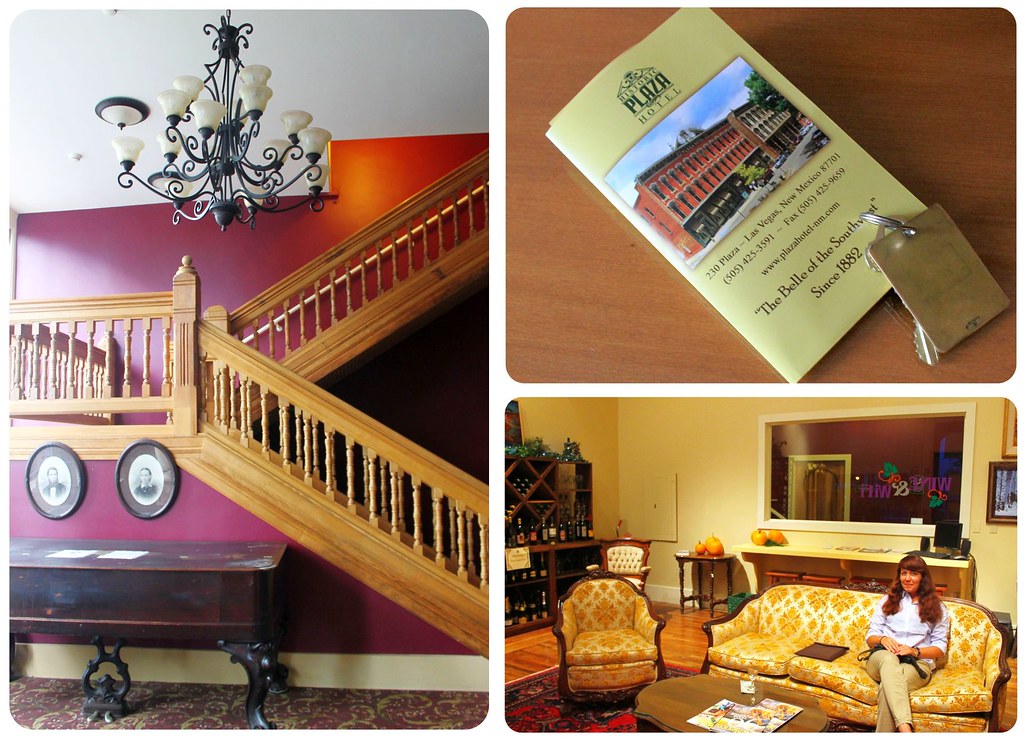 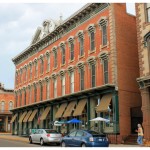