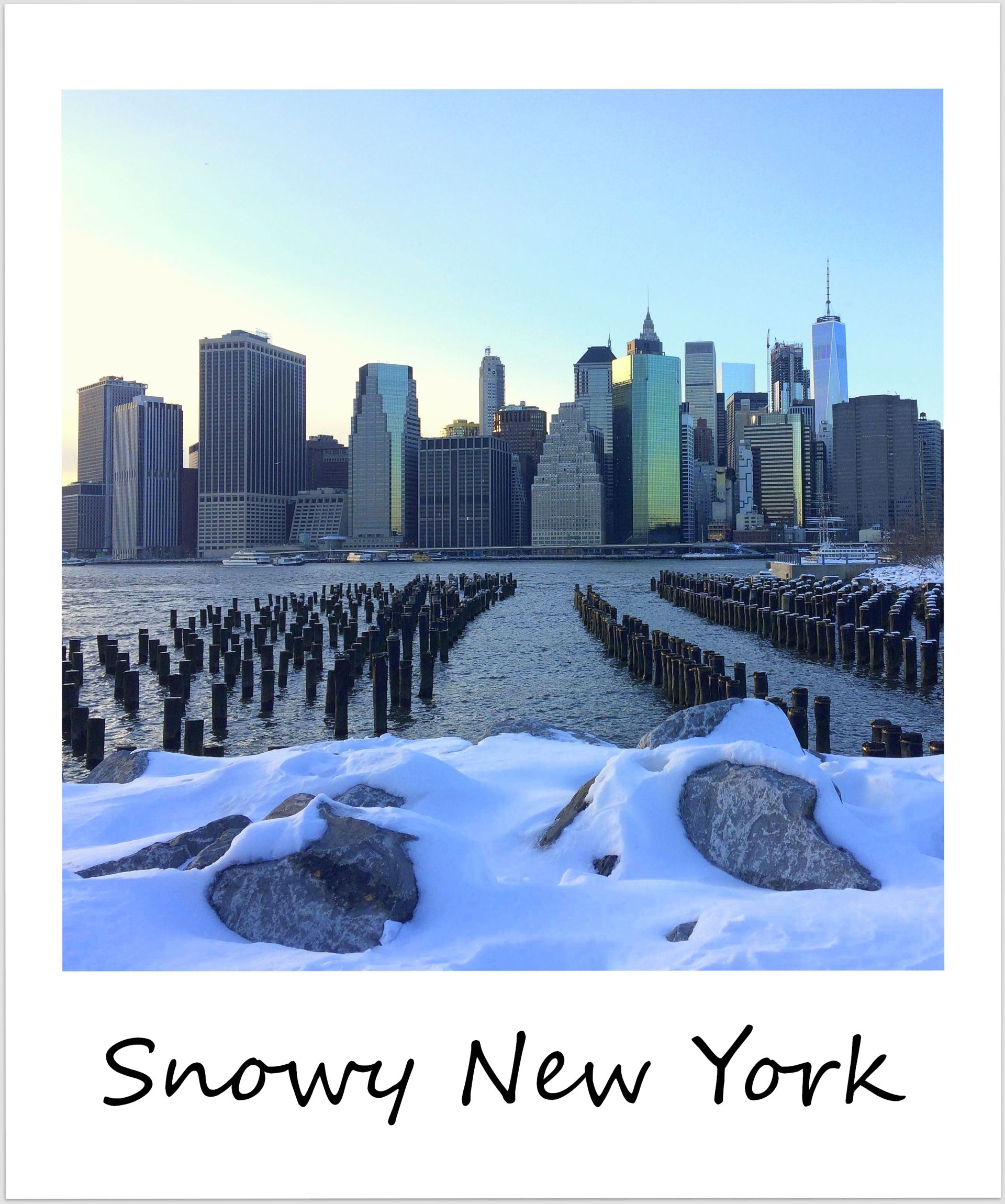 After returning from Israel, I only had a few short days in Germany before I boarded a flight back to New York – just enough time to pack up my clothes and a few other belongings I wanted to bring to New York with me and hug my friends and family goodbye.

When I arrived in New York, I learned that I’d been lucky – had I flown a day later, I wouldn’t have made it to New York, because a massive blizzard hit the city, causing over 1,700 flights across all three airports to get canceled. That blizzard was the first real snowstorm I’ve ever witnessed! Yes, of course we get snow in Germany, but not like this. Seeing the city get covered in 10 inches (30 centimeters) of snow in the span of a few short hours was an incredible experience for me – I was amazed to see how quickly New York transformed into a winter wonderland. I watched the spectacle from the inside of a warm coffee shop while I was working and couldn’t resist taking a couple of walks through the snow, even though I decided NOT to bring my winter jacket with me to New York (I brought a vest because I figured it’d be enough for my last few days of winter). The novelty of the experience made me forget how cold it was and I adored the quietness of Manhattan in the snow – I don’t think I’ve ever seen New York that silent.

Yesterday, I woke up to bright blue skies and lots of sun, which made the winter storm the day before almost seem like a dream. Even though I am not the biggest fan of running in the snow I put my running clothes on and went for a jog along the East River. It was just too perfect of a winter day to not enjoy the views over Manhattan – another first for me, a winter run in New York.

This will be as much as I am getting of winter in New York – I am escaping the cold weather and won’t be returning until the spring! My next Polaroid will be coming to you from Ecuador, my first new country of 2017.

Why People Are Speaking About The New York Speakeasies