Do you remember when I asked you not to go to Todos Santos, Guatemala? Or Samara in Costa Rica? Valladolid in Mexico? It has been a while since I found a place that I wanted to keep all to myself, but when I stumbled across Koh Poda, it took me only a few steps along the white soft sand to realize I had found another little gem that I didn’t want to share with anyone. But you guys belong to my inner circle, so how could I not share this with you: 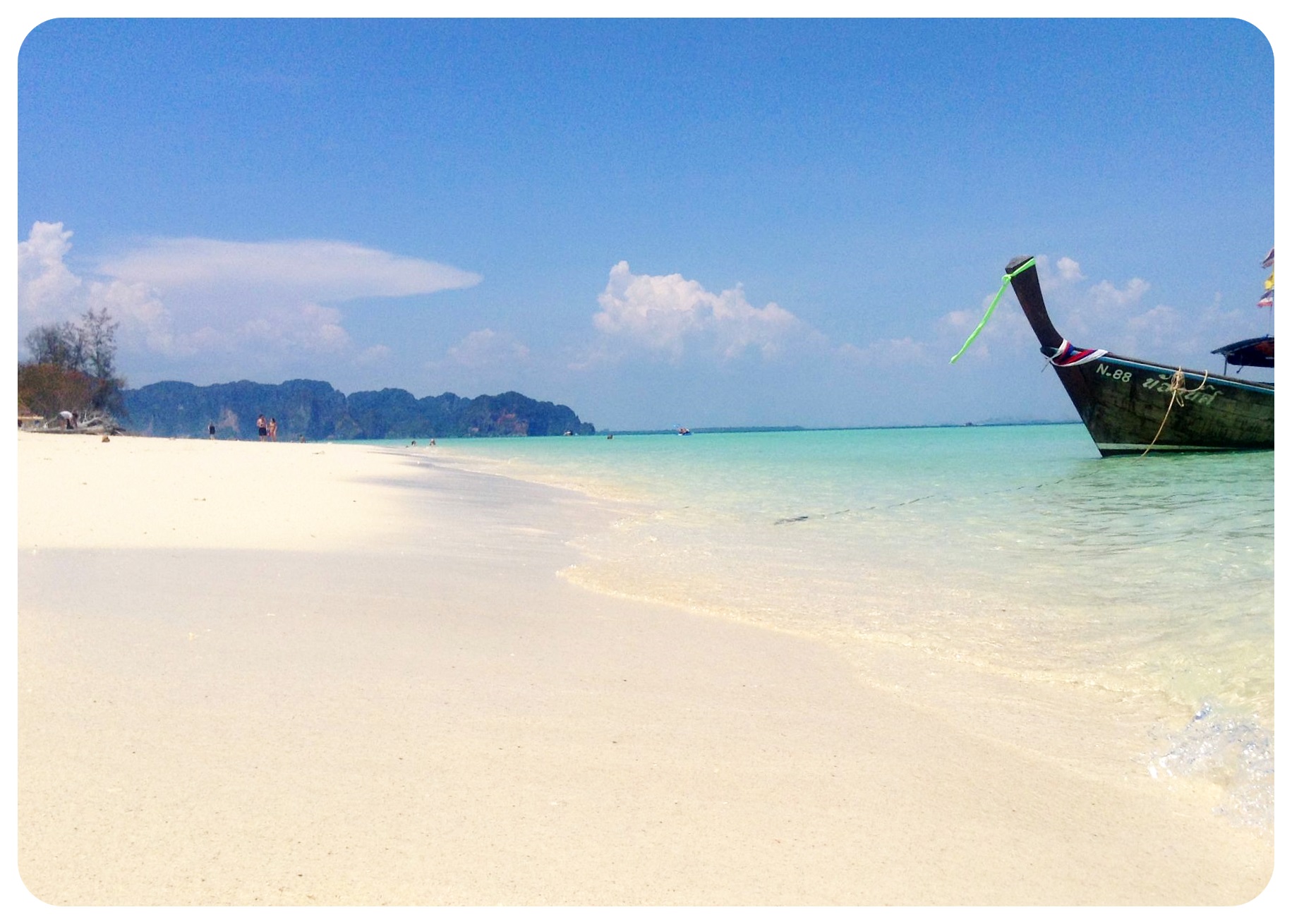 And you’ll keep this little secret to yourselves, right?

So how did I find this tiny paradise? Krabi is the one coastal region in Thailand that everybody is raving about. I’d been to Krabi before, but it was shortly after getting scammed in Bangkok, and my mindset was just not right at the time, I was prepared to dislike everything about Thailand, and being ripped off right upon arriving in Krabi didn’t help. Beyond Koh Lanta, Koh Phi Phi and Phuket, I didn’t see much of the area back then – and admittedly, I didn’t love any of the islands I visited. On the contrary: I found Koh Phi Phi smelly and crowded, Phuket seedy and dirty, and our trip to the famous Maya Bay extremely disappointing. I had always seen stunning photos of the imposing limestone cliffs around the beaches of Railay and Tonsai and heard good things about Ao Nang. I owed Krabi a second chance and this year, I made it part of my Thailand itinerary to return to the Andaman Sea. 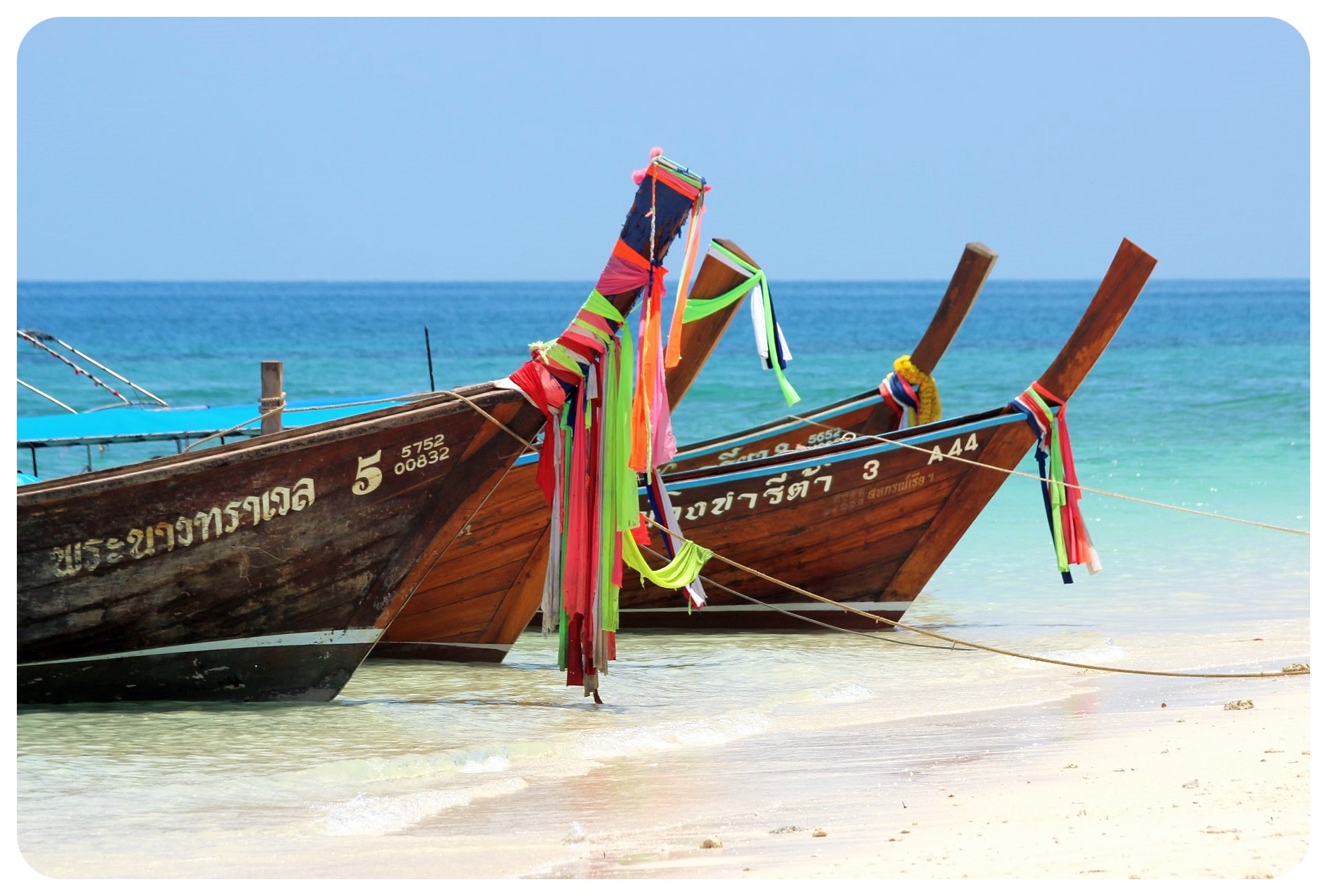 But when me and my travel buddy arrived in Ao Nang, neither one of us was very impressed. The beach looked nice but smelled of sewage, and walking by a canal that I am sure holds all of Ao Nang’s wastewater caused me nausea every time we passed it. Right next to it, there was even some kind of landfill where garbage was left to rot in the sun. On the other side of the canal, there were several restaurants – we couldn’t even bare the thought of eating in any of them, so close to the horrendous smell.

So the next day, we hopped straight onto a long tail boat to Railay, excited to finally hit a dream beach. And again, while it looked pretty nice, it didn’t wow us. We didn’t even feel like going into the water because the bay was filled with long tail boats that were blowing their fumes into the air and water, and it was so stony that walking into the water required zigzagging around rocks and pebbles. 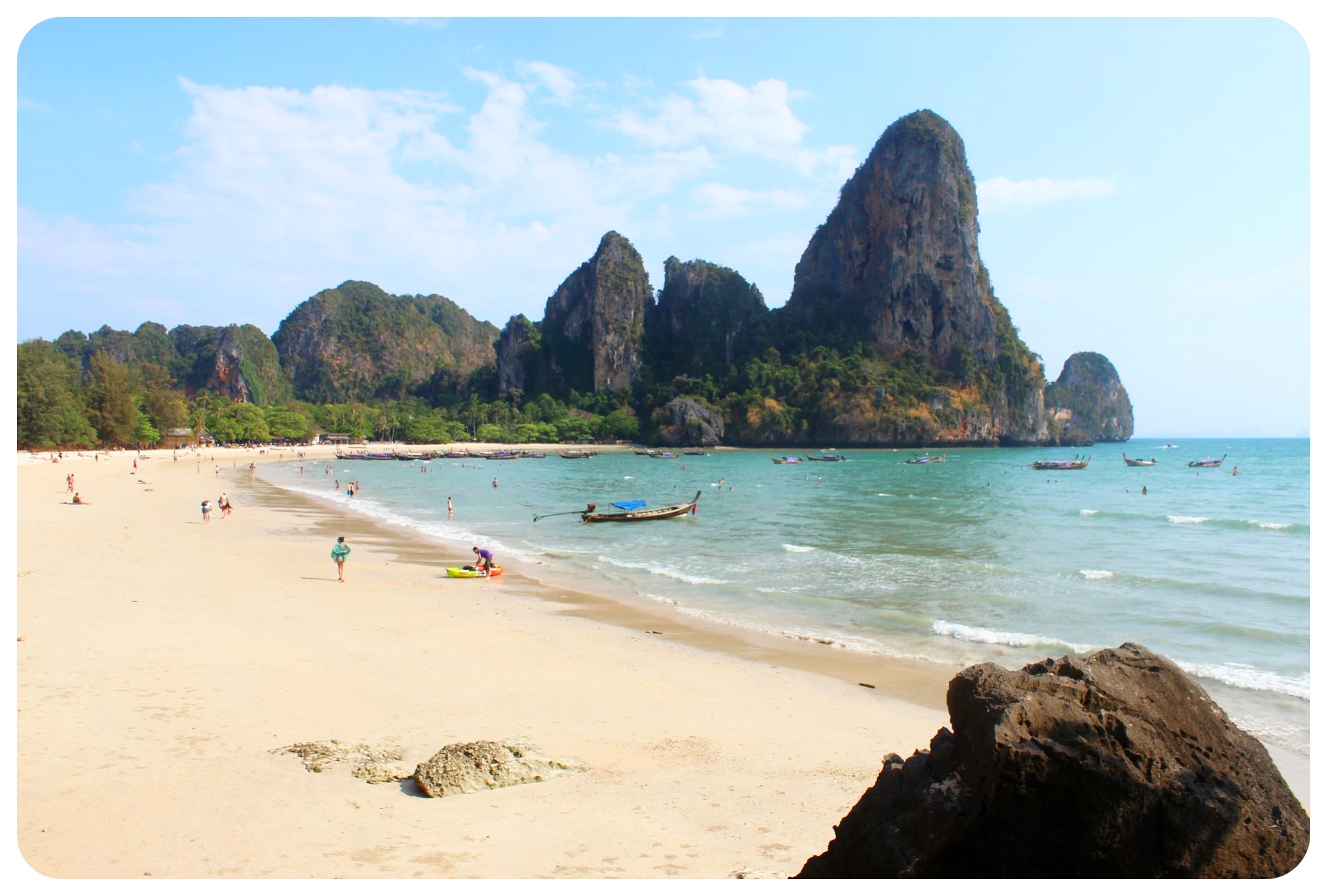 We decided to go for lunch and a drink instead, but the prices at the beachfront restaurants (which I believe all belong to resorts) were so outrageously steep, that this wasn’t much fun either. I was aware that Railay would be more expensive because it is only accessible by boat, but if a simple Pad Thai is more expensive than in New York City, something is off. In general, prices for accommodation, food and drinks were considerably higher than in Koh Tao for example – often twice as much. I don’t mind paying more if the quality is better but not a single dish I had in eight days around Ao Nang and Railay was memorable. 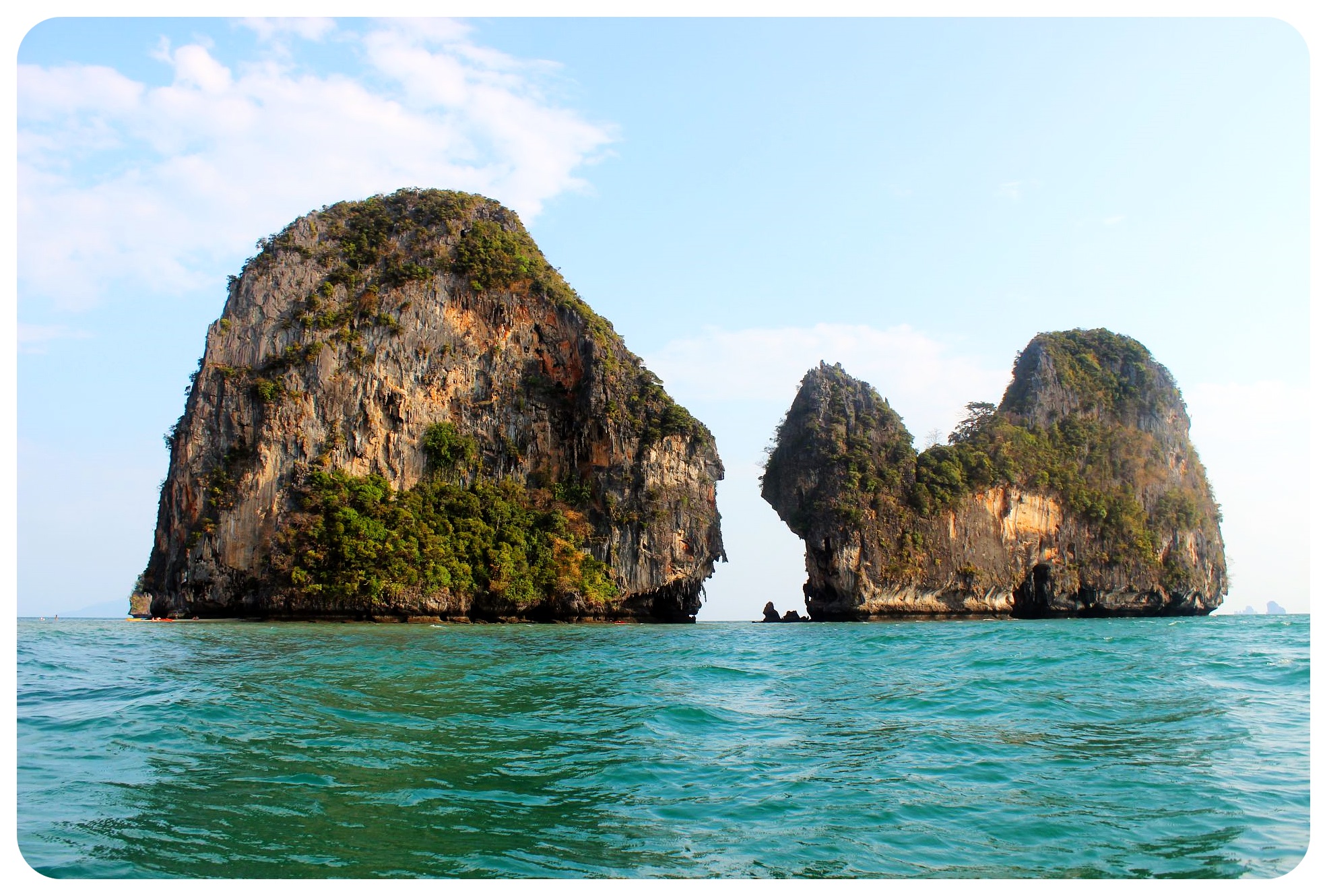 Before giving up on Krabi, we decided to email a tour company that advertised private island tours, and whose contact form was titled ‘Tell us what your dream is‘. The dream was, we wrote, to spend a day on an island with no tourist crowds, no tour groups, simply a small secluded beach. The email that came back was disheartening: such a thing didn’t exist in this part of Thailand, they wrote. Were there really no secluded dream beaches anymore?

Our last try would be a boat trip out to the islands we could see scattered across the Andaman Sea on the horizon and for which day trips were offered in the small travel agencies and along the beaches of Ao Nang. After a quick Google search about the various islands, we opted for a combined snorkeling trip of Chicken Island and Poda Island, just for the two of us.

And finally, when I least expected it, there it was. The Thai island paradise I had dreamed of. Crystal clear water and wide, white deserted sand beaches. 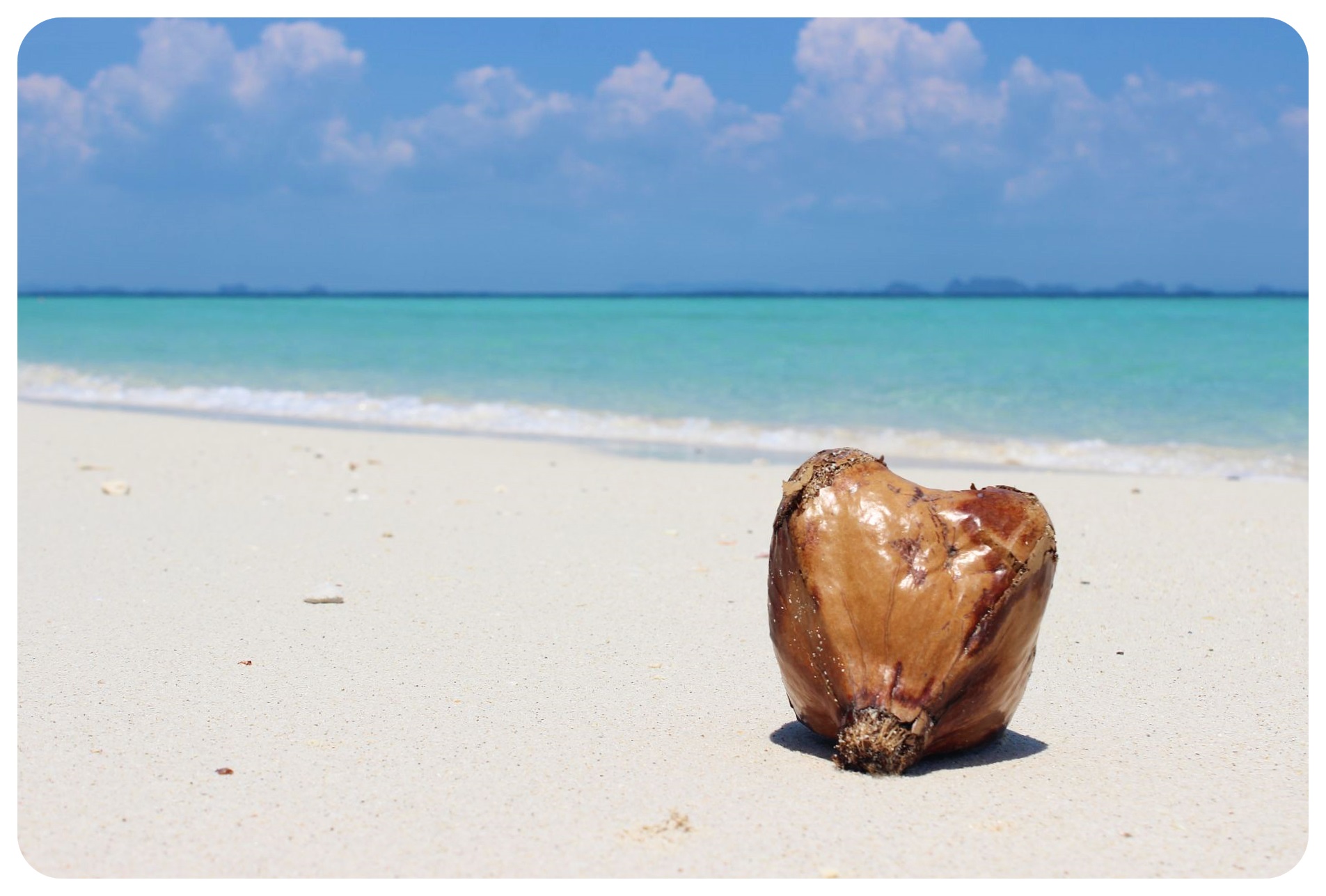 To be honest, I didn’t think this would happen when we first approached Koh Poda and around 20 long tail boats and speed boats lined the shores of the tiny island. Hordes of tourists were swimming in the shallow water around the boats, taking selfies, the beach filled with beach towels in bright colors. 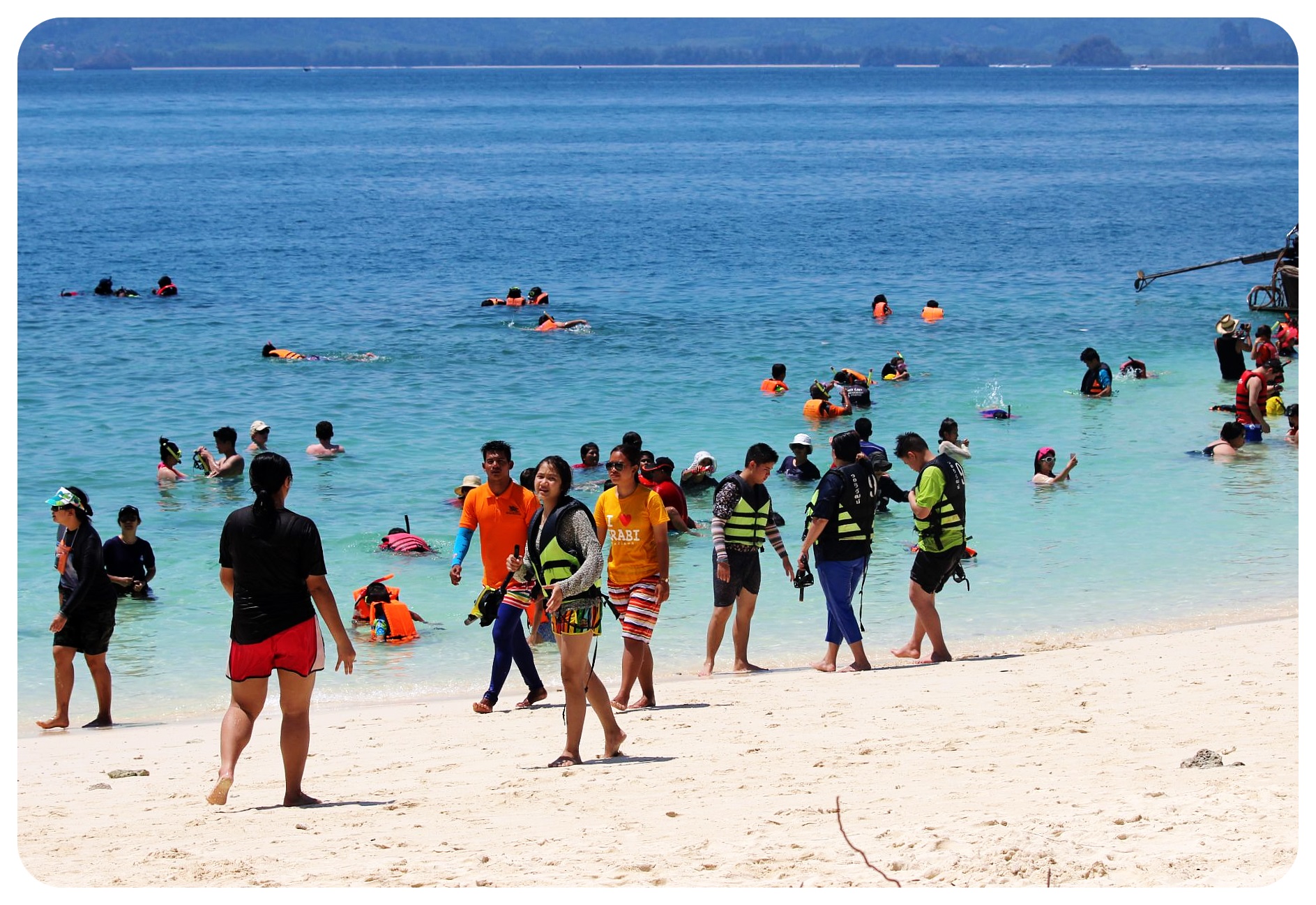 We walked down the beach, away from the boats and the crowds, and the unthinkable happened: suddenly, we weren’t surrounded by people anymore. No more boats. Just crystal clear turquoise water, an empty beach, and the occasional sun seeker hidden between trees or tree trunks. It felt glorious. 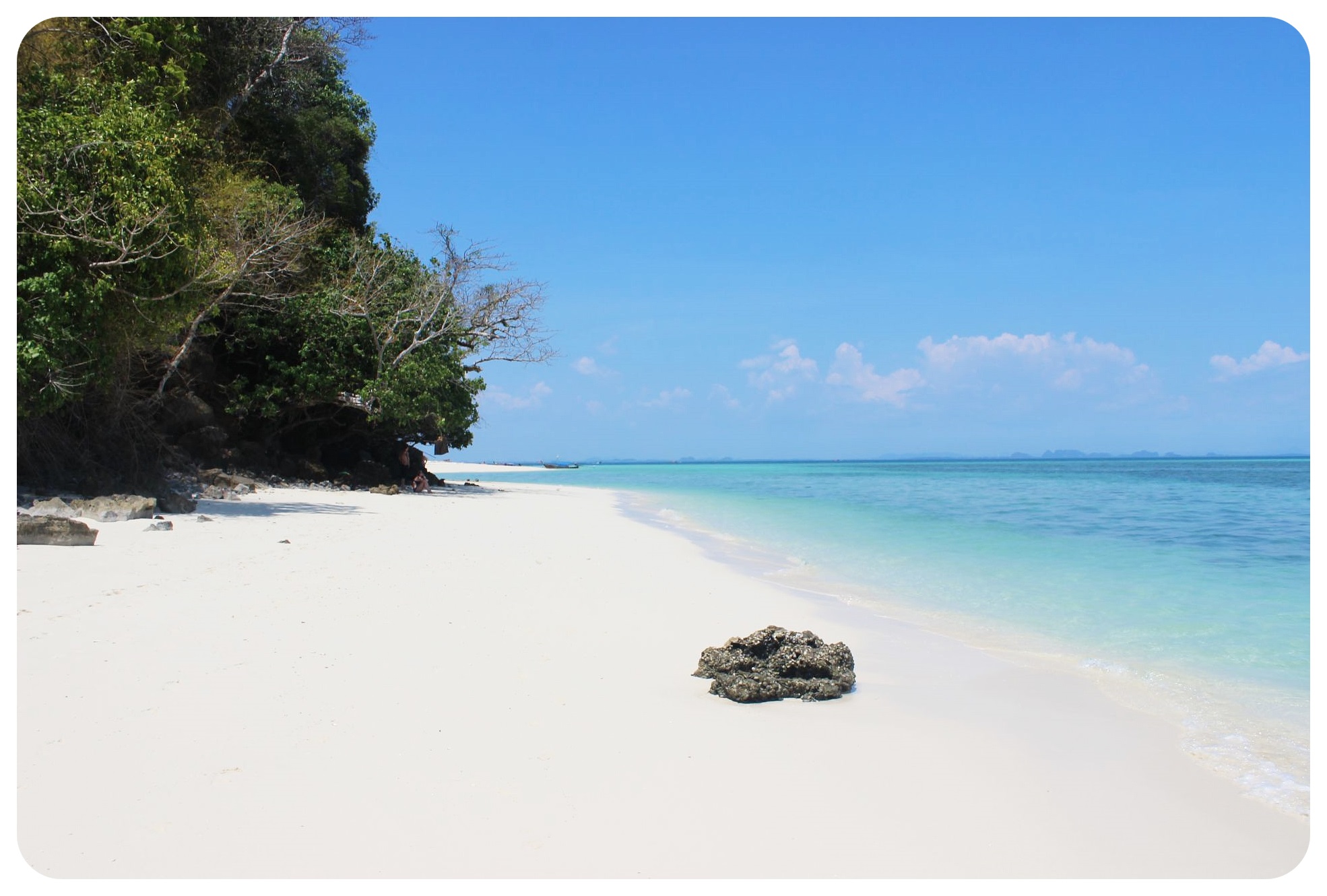 I couldn’t believe that the island didn’t have hotels or resorts on it, because the grassy space behind the beach would be perfect for it, and you could get here easily in twenty minutes from Ao Nang.

Other than a tiny hut selling cold drinks and snacks near the boat landing, there was no restaurant. And the further you walked away from the boats, the more the island felt like a completely deserted Robinson Crusoe island. 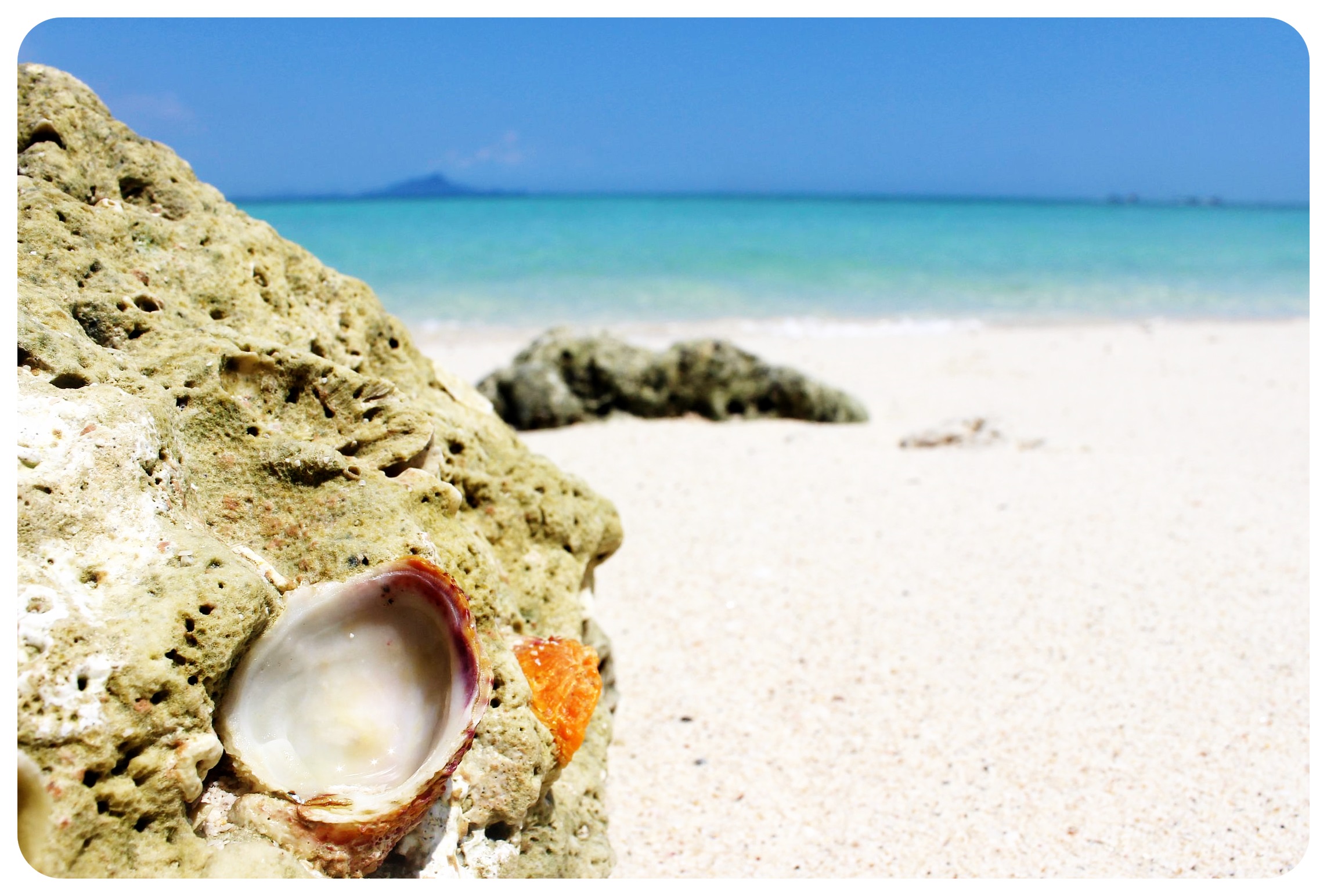 I wished we could have spent the night but we were not prepared and didn’t bring any food or even a change of clothes. I am not sure if camping is officially allowed there, but when we followed the path through the woods, we saw several extinguished campfires and other signs of overnight camping. 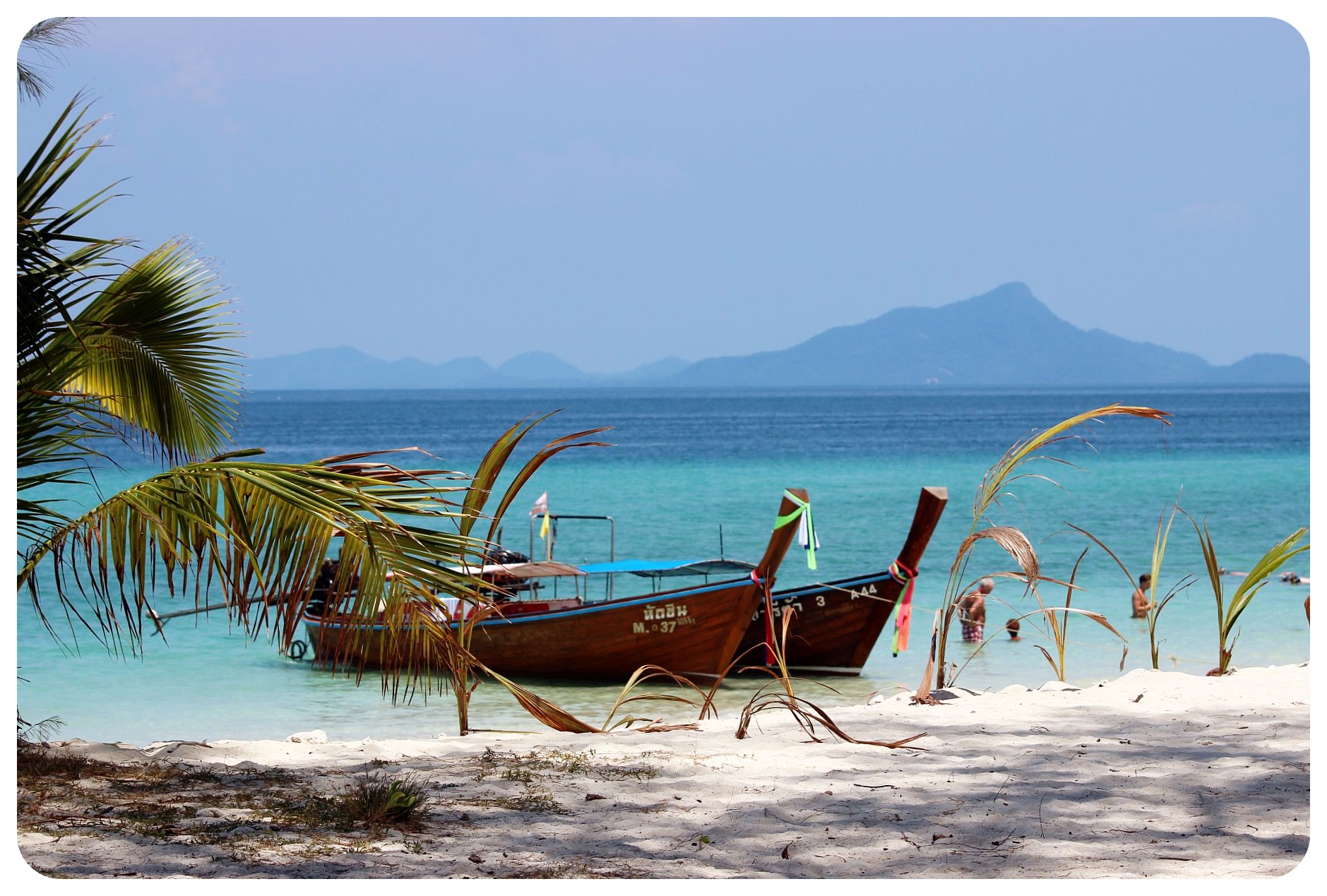 I was so thrilled to have finally found the paradise island I’d been looking for all over Thailand, that I didn’t want the day to end. 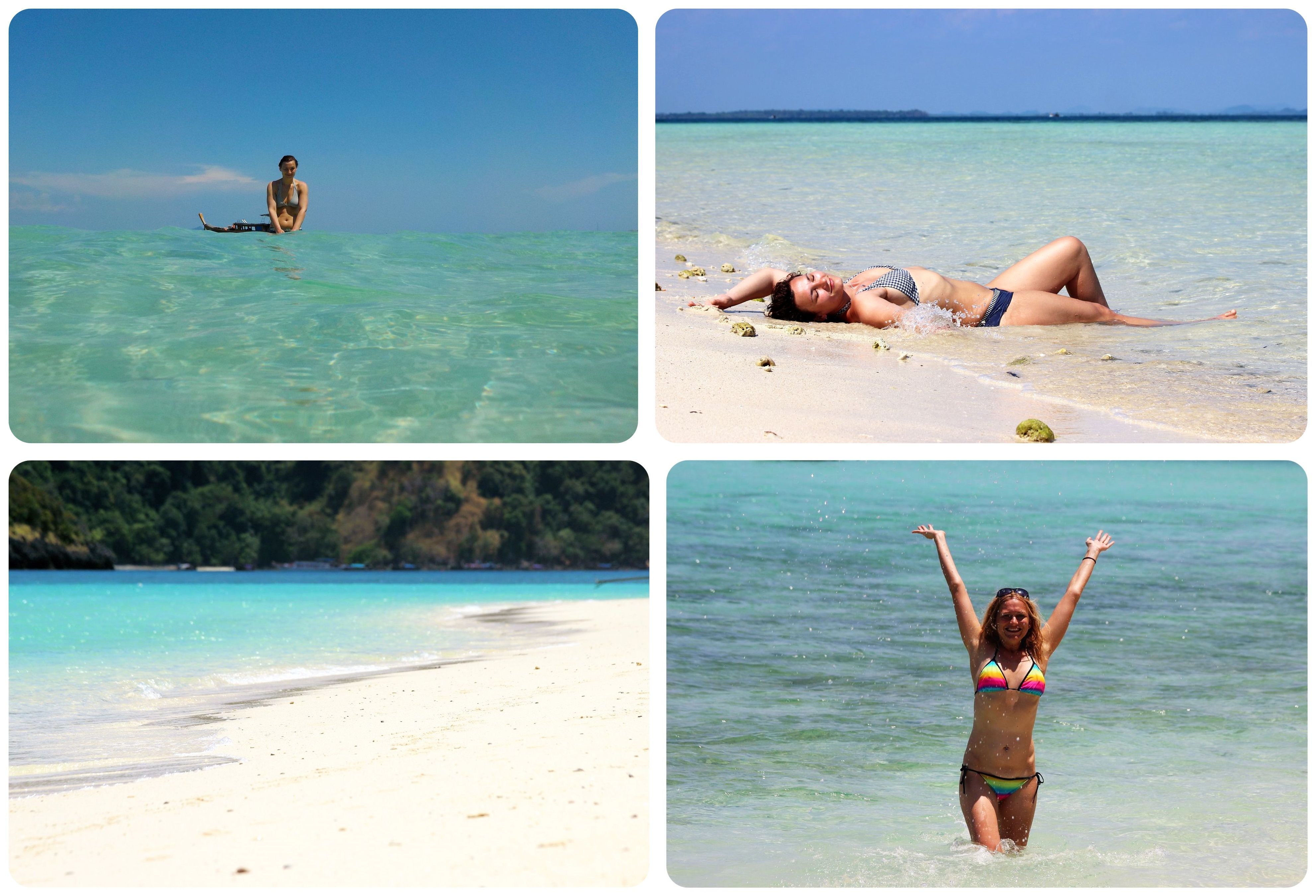 I think the photos show why I don’t want to share the island with anyone, but there are some other reasons why I’d like to keep Koh Poda to myself: While I thought Koh Poda was stunningly beautiful, I found the amount of garbage on the tiny island disturbing, especially considering that it is such a popular day trip destination (most boats seem to anchor for 30 minutes to an hour and then move on to the next place, as part of an island hopping trip). And I don’t want this little paradise to turn into another Ao Nang. 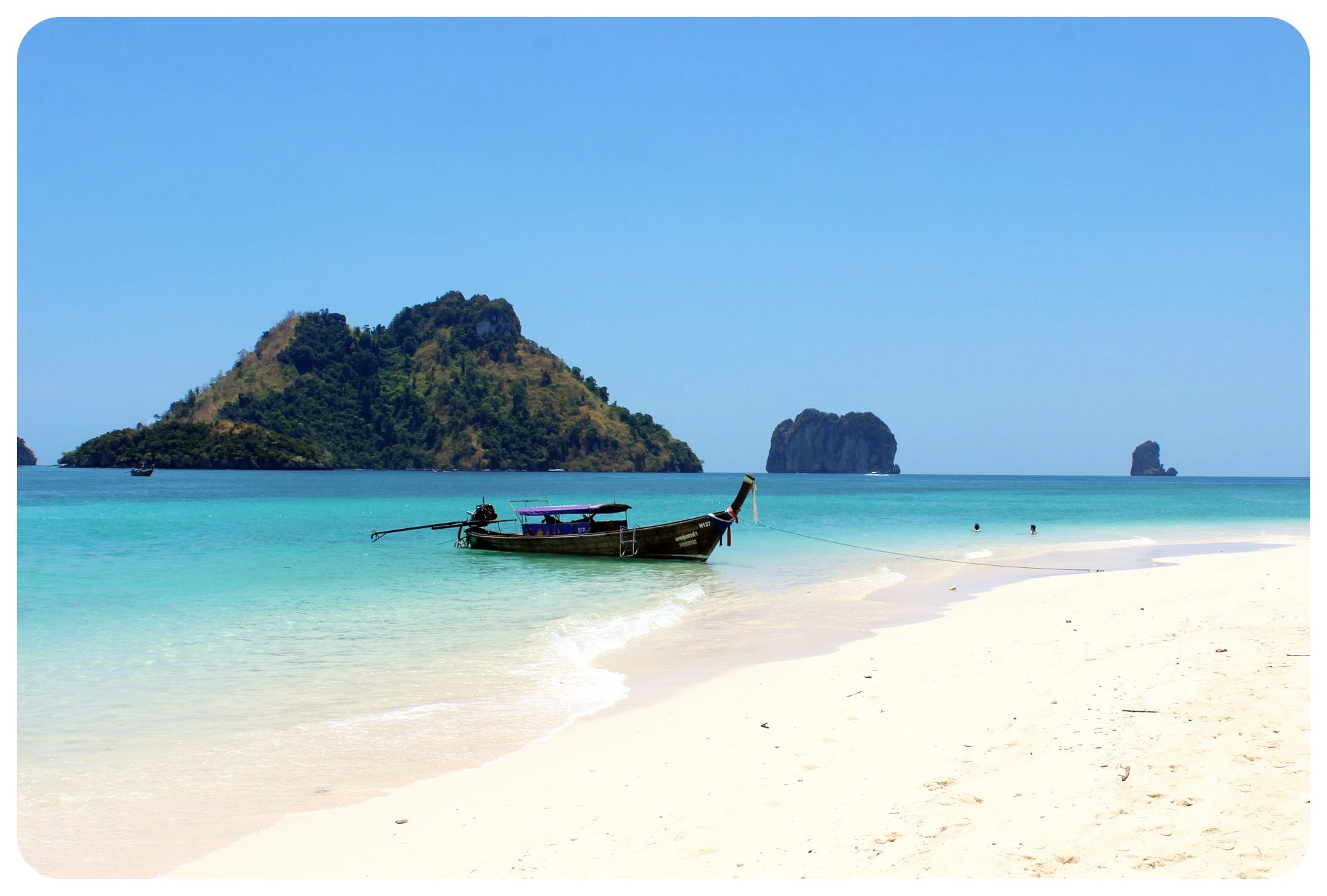 When people spend the night in such a paradise, why can’t they take their garbage home with them? Why would they not want the island to stay in a gorgeous state so that other people can enjoy it too? I simply cannot understand how tourists can just pile up garbage in such a pristine place and leave, but the overnight campers seemed to think differently.

Also: Koh Poda is a designated National Park, so why does nobody clear the garbage on the island? Wouldn’t the people who are in charge here want it to stay as jaw-dropping as it is, for the hundreds of people that come and visit it every day? We were charged an admission fee of THB200 (about US$5.88) each when we came on a private boat and THB50 (US$1.47) when we came back on a shared long tail boat the next day, so one would think enough money is collected every day to be able to employ someone who cleans the entire beach, and not just the tiny part where the boats arrive and the majority of people stay during their visit (I assume that this part is cleaned every day, but I don’t know for sure). 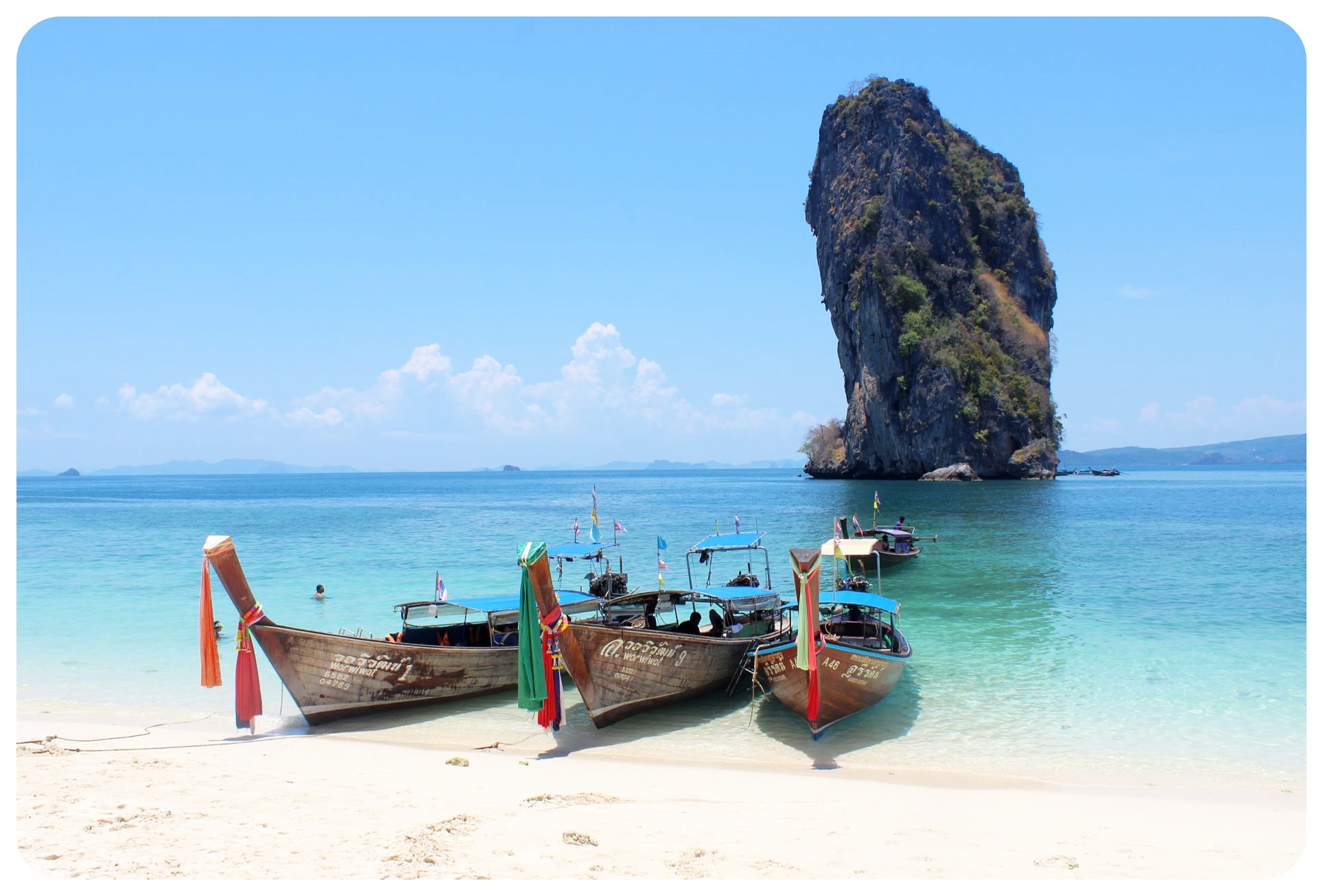 In addition to the garbage, the damages of the 2004 Tsunami are still visible everywhere. There’s not a single palm tree left on the beach, dozens of massive tree trunks line the beach, making it even impossible to walk the entire length of the beach during high tide (there is a forest path though, and you can climb over most of the tree trunks). It gave me shivers to see how much damage the tsunami caused, still so prevalent on this tiny rock, more than a decade after it happened. I found myself wondering about the lack of clean-up here too, not sure why the tour operators wouldn’t get rid of these nuisances along the otherwise picture-perfect beach. 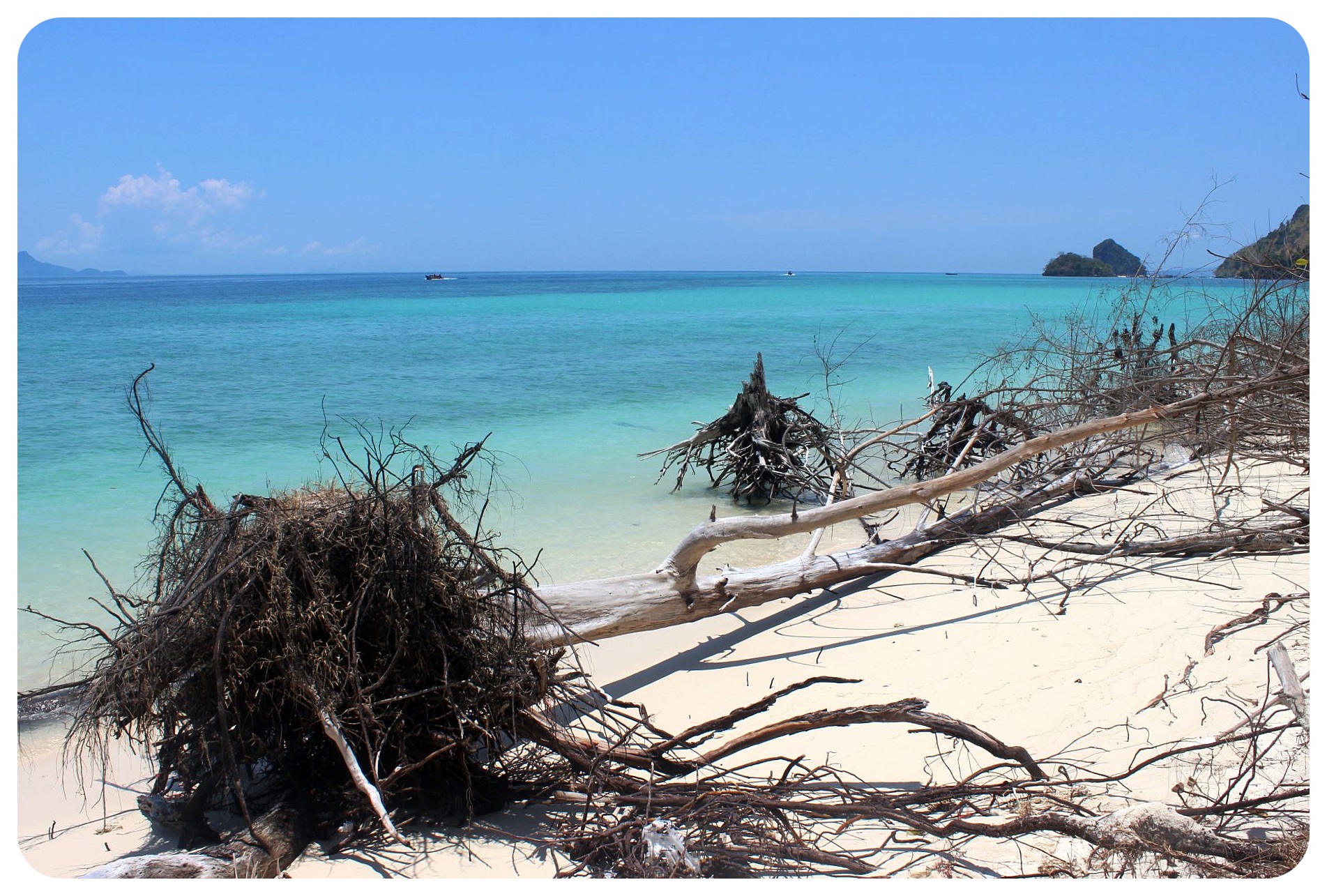 Despite the garbage and the tsunami damage, Koh Poda was such a dream destination for us that we decided to return the next day. One day was just not enough. 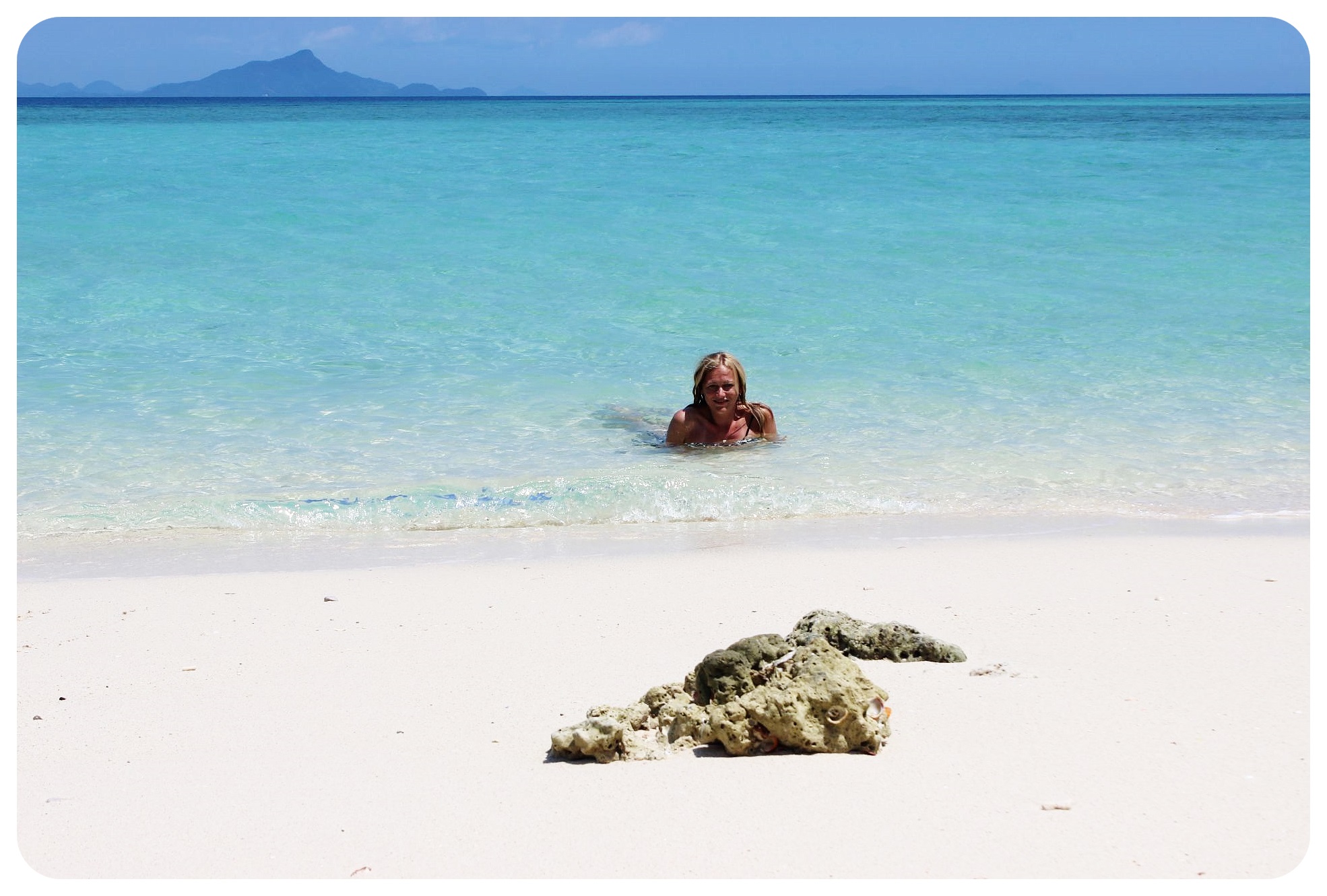 And so the next day, we hopped onto another long-tail boat and set off again to spend another day in paradise. 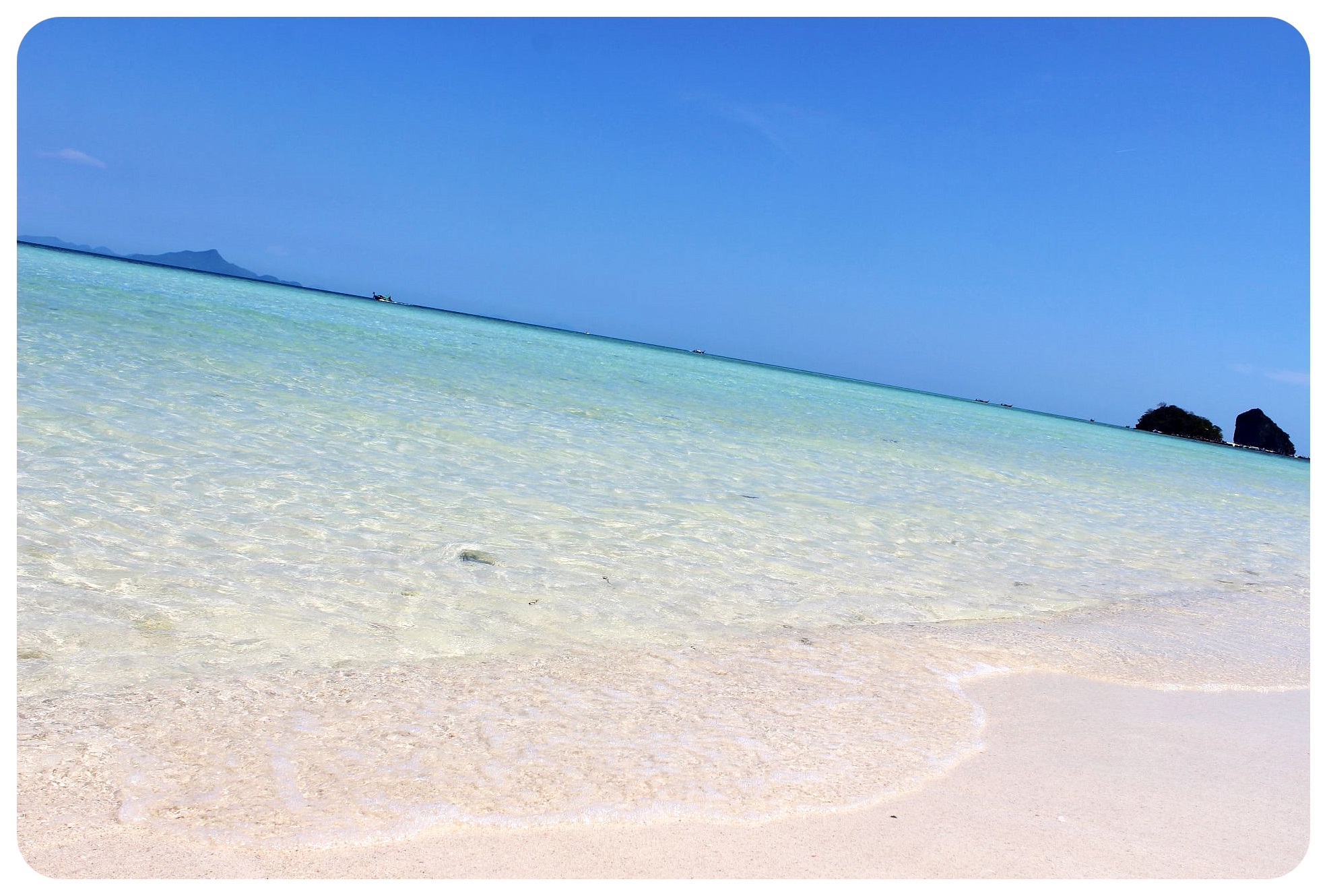 I don’t know what will happen to Koh Poda – seeing how developed the Krabi area is, I would be surprised if it stayed resort or hotel-free forever. And that’s why I ask you: Please don’t go to Koh Poda. (But if you do, don’t forget to take your garbage back with you.) 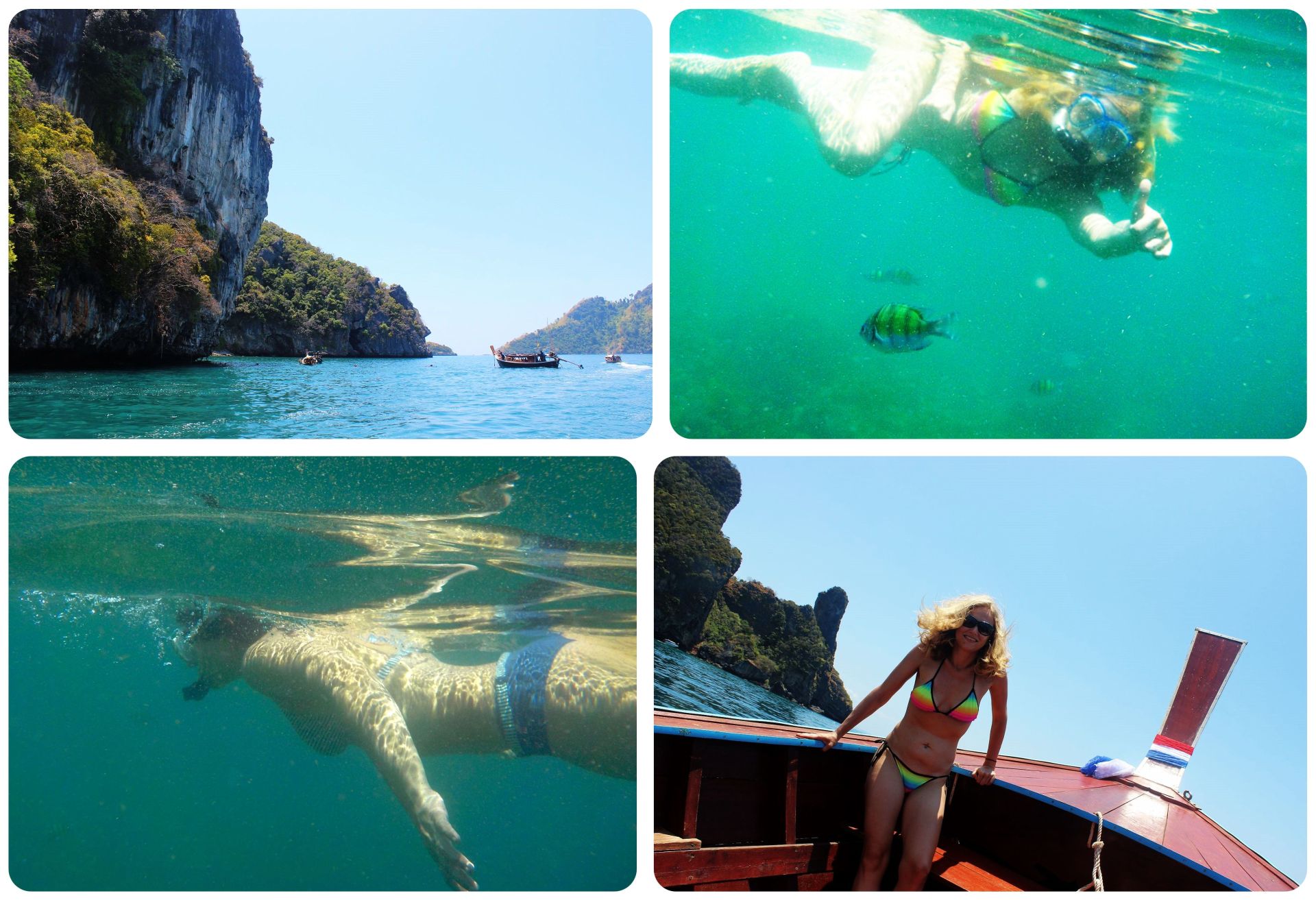 Have you found a dream beach in Thailand? If so, feel free to share it with me in the comments below…