I spent February in the Philippines and in Thailand, and with the exception of short city breaks in Manila, Bangkok and Chiang Mai, I’ve been island hopping pretty much the entire time.

I promised myself that I’d slow down after my hectic six-countries-in-one-month January and that’s exactly what I did. Still, when I count all the places I visited this month, it seems I got around quite a bit: Boracay, Siquijor, Apo Island, Palawan, Manila, Bangkok, Koh Tao, Koh Phangan, Chiang Mai. 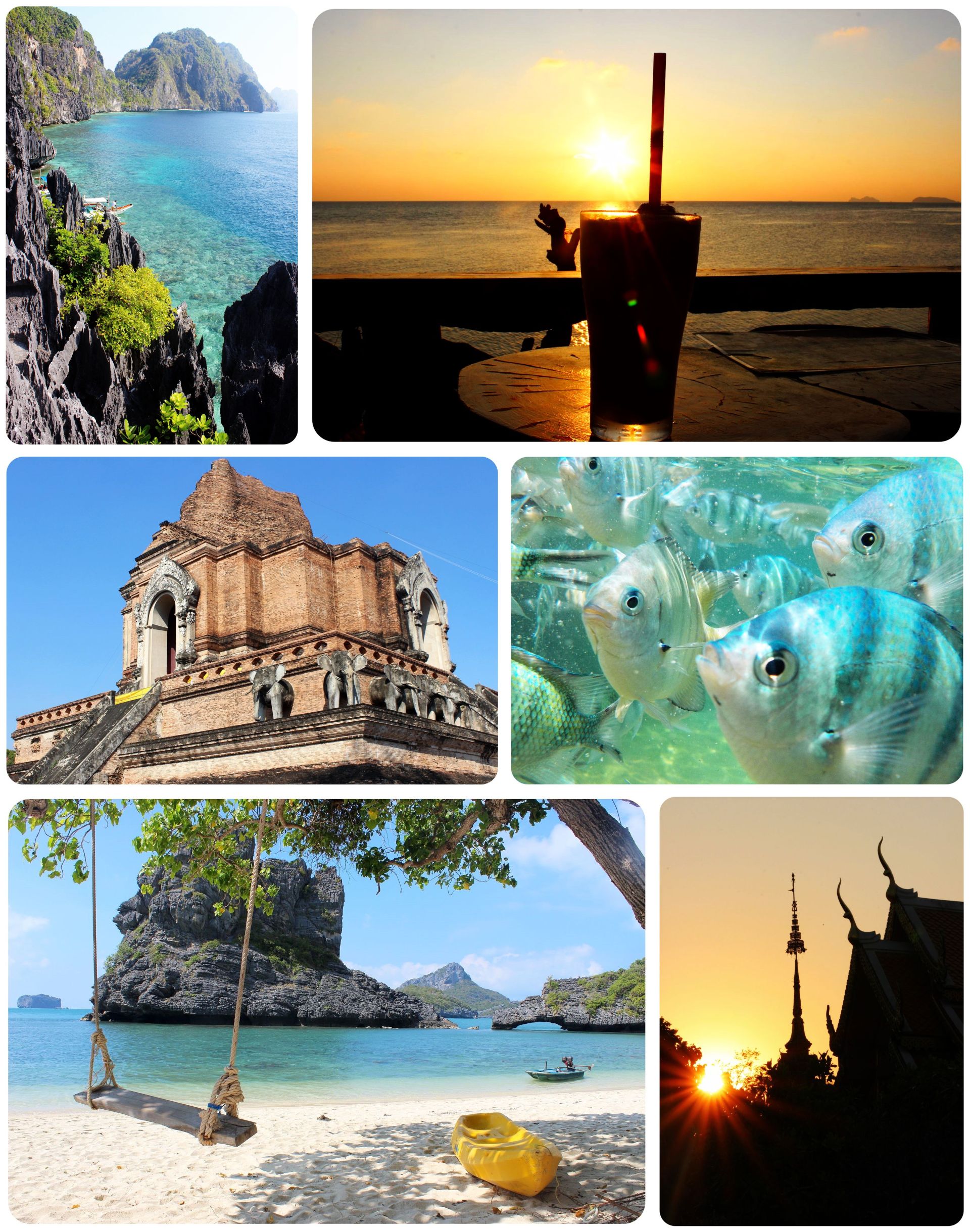 On the one hand, I wasn’t ready to leave the Philippines at all, on the other hand I was so ready to leave. This trip to the Philippines was one of the occasions when working while traveling weighed on me (I’ll touch more on that in ‘What went wrong‘), and I found myself wishing I could just travel without any work commitments several times during my time there, since sticking to work commitments turned out way more difficult than expected – due to the terrible internet connection on most of the islands I visited.

The responsible part of me was dying to get to a country with better WiFi, the other part of me was longing to see more of this beautiful island nation. The Philippines are an absolute paradise and I wanted to see so many more places there than I had time for. When I boarded my plane to Bangkok, I didn’t say ‘Goodbye’ to the Philippines, I said ‘See you soon’, and I mean it. (Next time I make sure I don’t have any urgent deadlines though).

Arriving in Bangkok felt like coming home, and even though I still don’t love the city, I can appreciate it for the many good food options and some big city amenities. Hopping around islands for nearly a month was fabulous, but in my heart I am a city girl, and I couldn’t wait to indulge in some yummy Thai food (the Philippines are not very vegetarian-friendly) and good coffee (which is surprisingly hard to come by in most places in the Philippines, but then again I was hanging out on tropical islands most of the time where people don’t really care about their caffeine fix. Manila of course has great coffee), go see a movie and shop for some gadgets at MBK.

After a couple of days of getting my city fix I was ready for some beach time again and I already mentioned that I’d be showing several people around South East Asia this winter, so I was ecstatic to start in Thailand (the next visitor is already waiting for me in Bali), and combine island hopping with temple hopping.

I finally visited Koh Tao, an island that I’d been wanting to visit for years because everyone who travels to this tiny island in the Gulf of Thailand seems to fall hard for it. And I would be lying if I said I wasn’t tempted to just stay there for a couple of months and enjoy the laid-back island life instead of moving on to Koh Phangan and Chiang Mai.

Manila
I have to mention Manila here because I thought I’d hate the city, based on the stories I had heard from other people. I love it when a city surprises me and Manila did exactly that – I had a great time there!

The Philippines in general
I had seen the photos of the glorious islands in the Philippines, so I knew that I was in for a treat, but I just didn’t expect to like the country as much as I did. And I am saying this in spite of lack of good coffee, food and WiFi, the only three things I need to be fully content, so you know this must mean something. I am already excited to return to the Philippines.

Meeting new people
If you’re subscribed to my newsletter, you already know that my first solo trip went exceptionally well and that I never even had the chance to feel lonely – in fact, I had to escape people sometimes because I am easily distractible, meaning if I’m hanging out with other travelers and they’re going out while I have to stay in to work, FOMO kicks in and I might neglect my work commitments in favor of a fun night out.

Lack of wifi
WiFi is something that is left to be desired in the Philippines – and while I knew that it would be slow, I just didn’t expect it to be that slow. I hard a hard time posting articles because I could barely upload photos, and it took forever for my emails to load every time I connected to the internet.

I ended up being unreliable towards clients, missing out on some opportunities because my inbox was overflowing and I consequently didn’t earn as much money as I would’ve liked. I had several meltdowns because of the WiFi in the Philippines, especially in my last week in El Nido where not even the 3G on my phone worked, and so I was almost completely offline during my stay there.

When I finally arrived in Bangkok and discovered that the WiFi in my hotel room wasn’t working, I burst into tears because I had been waiting for high speed internet for weeks – that’s how frustrated I was at that point. Luckily the WiFi situation improved considerably after that incident.

Planning fail in the Philippines
I had many more destinations on my Places I Have To See list for the Philippines, but I learned the hard way that you actually have to plan in advance there. While I prefer getting to a place, see if I like it, and then decide when I’d like to move on to the next place, this is often not possible in the Philippines because you have to take flights between most of the islands. While I’m usually good at finding cheap flights, booking a flight a couple of days in advance will cost you, even in the Philippines where you have several budget airlines. Some flights ended up being just too pricey, forcing me to stay longer in some places and having to skip some destinations completely, but on the upside: I now have am excuse to return to the Philippines and I ended up making a detour to some places I might have skipped but ended up loving, like Apo Island (see pictures below). 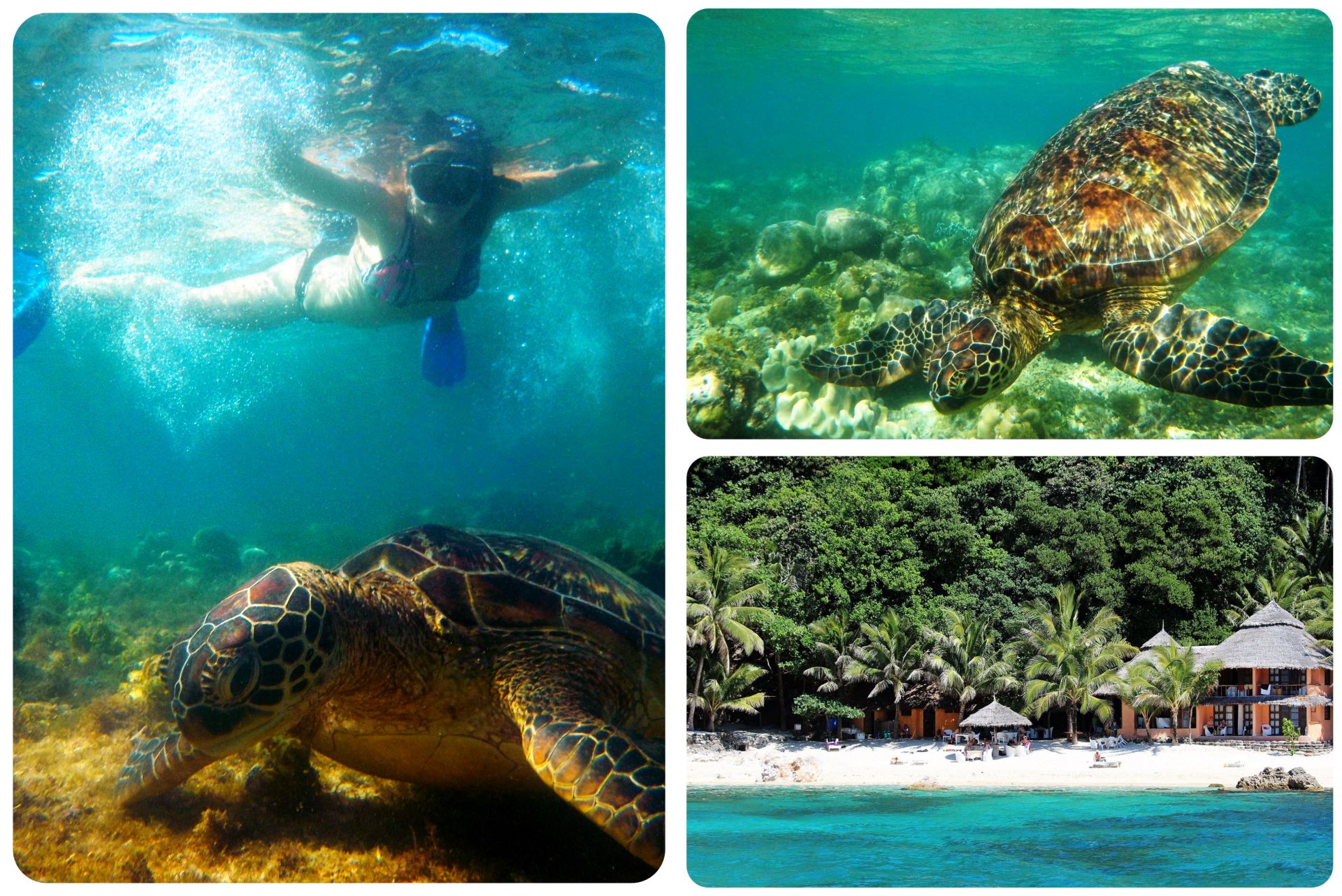 Injuries
I severely burned myself on my first snorkeling trip in the Philippines. I thought I was being super careful applying sun protection over and over again, but apparently I missed some spots above and below my butt every time. 13-hour transportation days with a burned butt are no fun.

On another snorkeling trip I cut my foot on some coral which caused me to limp for several days. I was lucky both time that it wasn’t worse and I didn’t need to see a doctor (the day before my snorkeling trip a tourist on Apo Island had to be flown to a hospital because he stepped into a sea urchin), but traveling with injuries is something I can do without.

Meltdown at the ATM
In Siquijor, I had a great day touring the island with a local and asked him if we could stop at an ATM somewhere along the way. I had seen several ATMs but learned then that they don’t accept foreign cards – the only one that worked for foreigners was a one-hour detour away. When I finally got there, I let a British girl skip the line and get in front of me – that girl ended up being the last one to get money. After that, the ATM was out of service. A bank clerk told us to wait, and I had no other chance because I wanted to leave the island the next morning and needed money for my guesthouse and for the ferry. Two hours later, I was still in line. The bank had tried to reboot the machine several times, so far without success. It was then when I started to think that I might not get any cash out and felt absolutely helpless. I was just about to start bawling when the ATM magically came back to life. 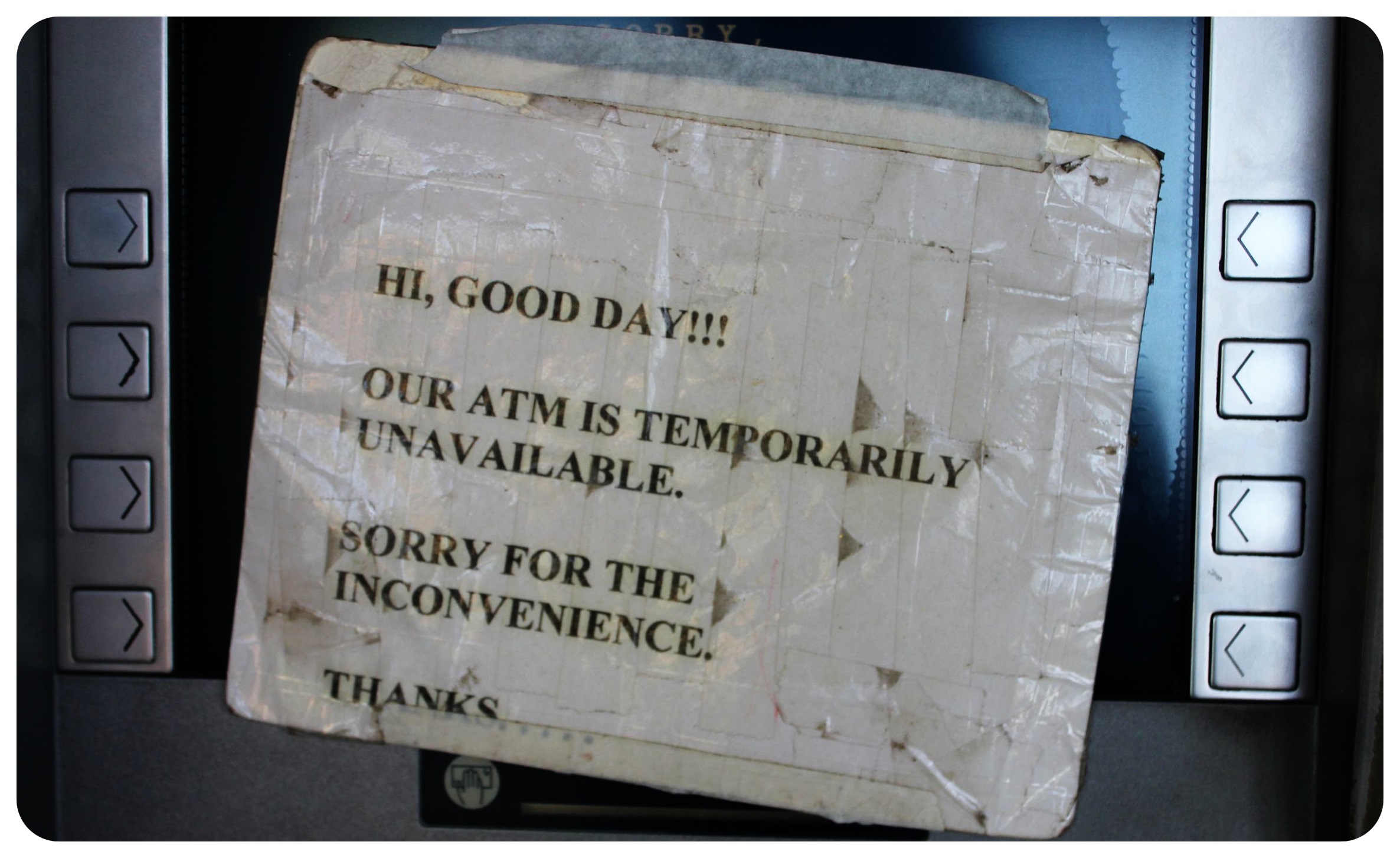 Side note: Reading through this, I just noticed that quite a few things went wrong this month. Despite these travel fails, this has been one of the best months in a while!

You might have noticed that I’ve started posting about my current trip beyond my weekly Polaroid, and I am going to continue to mix in new stories with my posts about previous trips. At this point, my backlog has gotten so large that if I post chronologically and wait to share my new travel adventures, you won’t get to read them until the summer (or even later than that), so I’ve decided to mix up the stories of my recent travels. That way, you’ll get to read some more diverse content as well.

Have you seen my latest giveaway? I partnered up with Norwegian Air who were generous enough to offer a $150 flight voucher to one lucky reader. You still have until 24 March to enter the giveaway. Click here to for your chance to win! 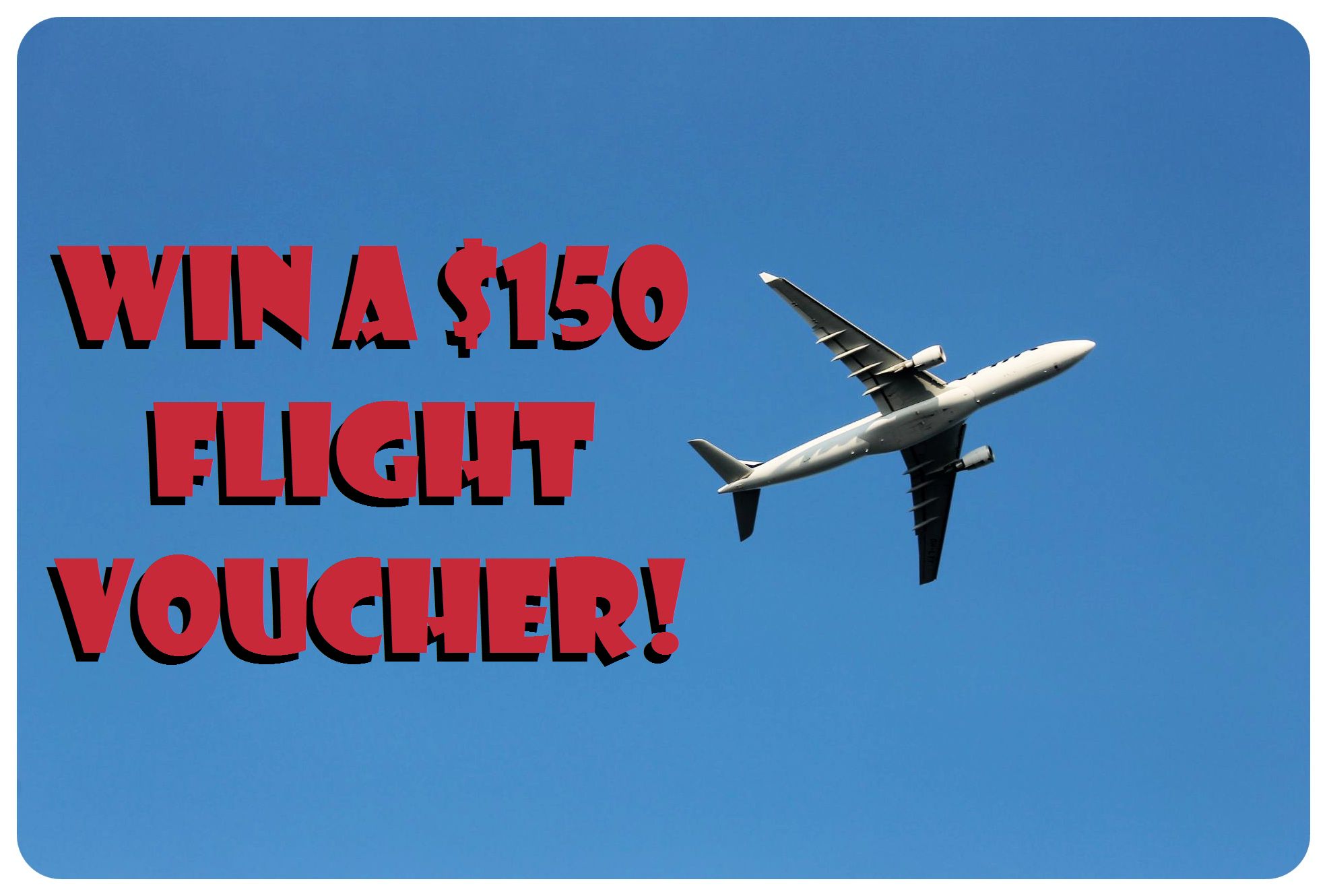 I still have another week of touring some of my favorite spots in Thailand before flying to Indonesia – another new country for me! 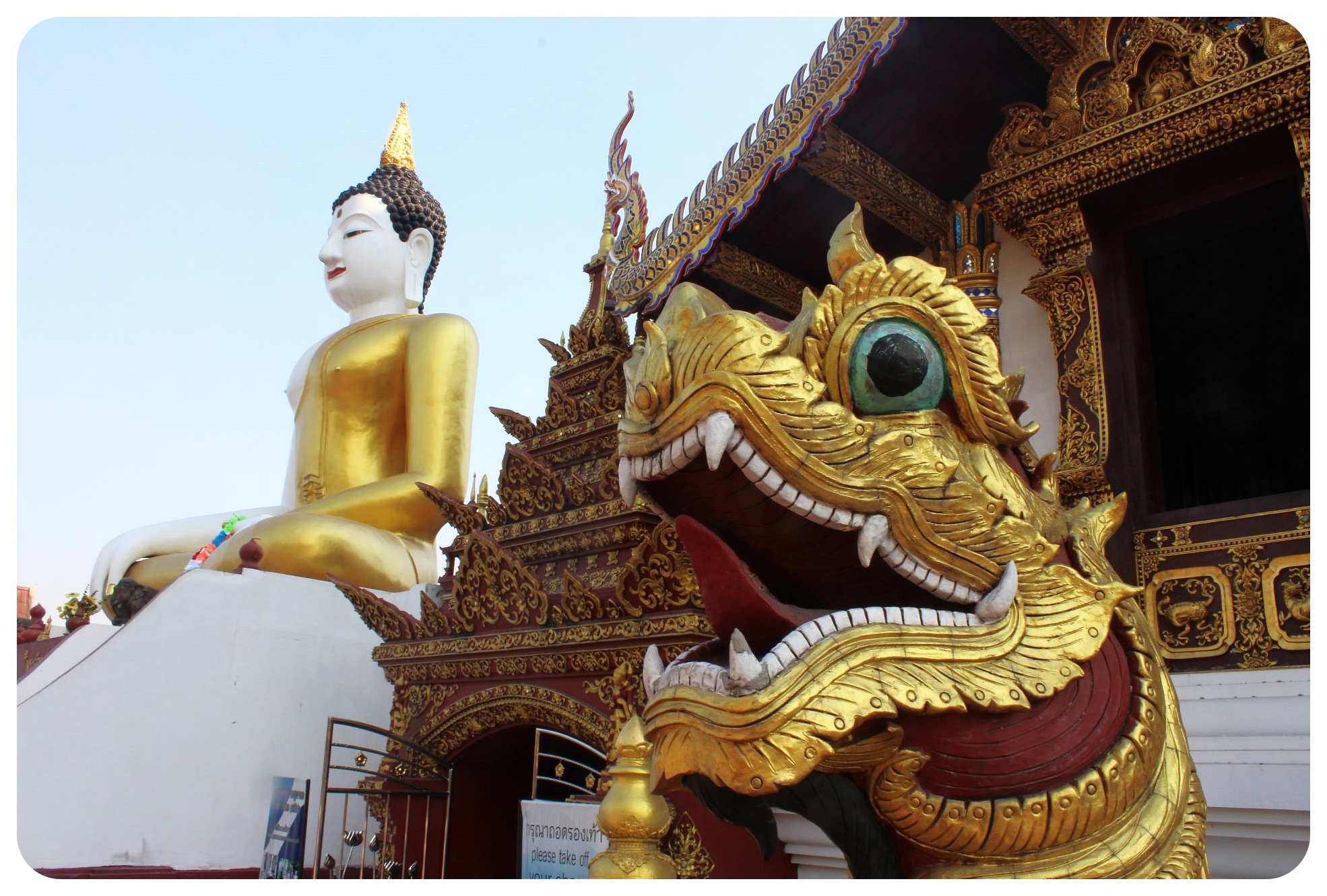 Most popular posts of the month 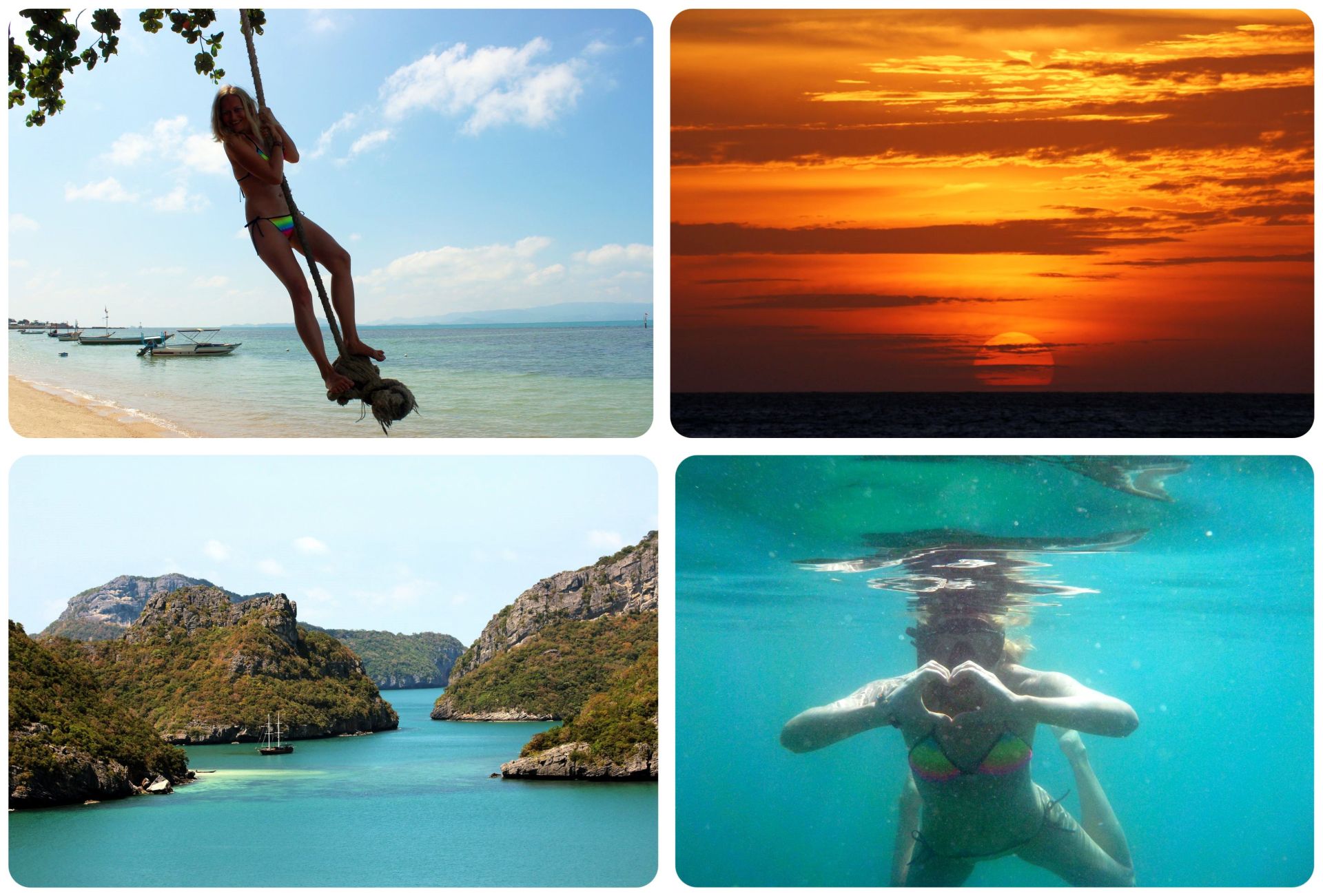 Eight Things to Pack for a Trip to San Diego