Our Top Five Places To Visit In Chile 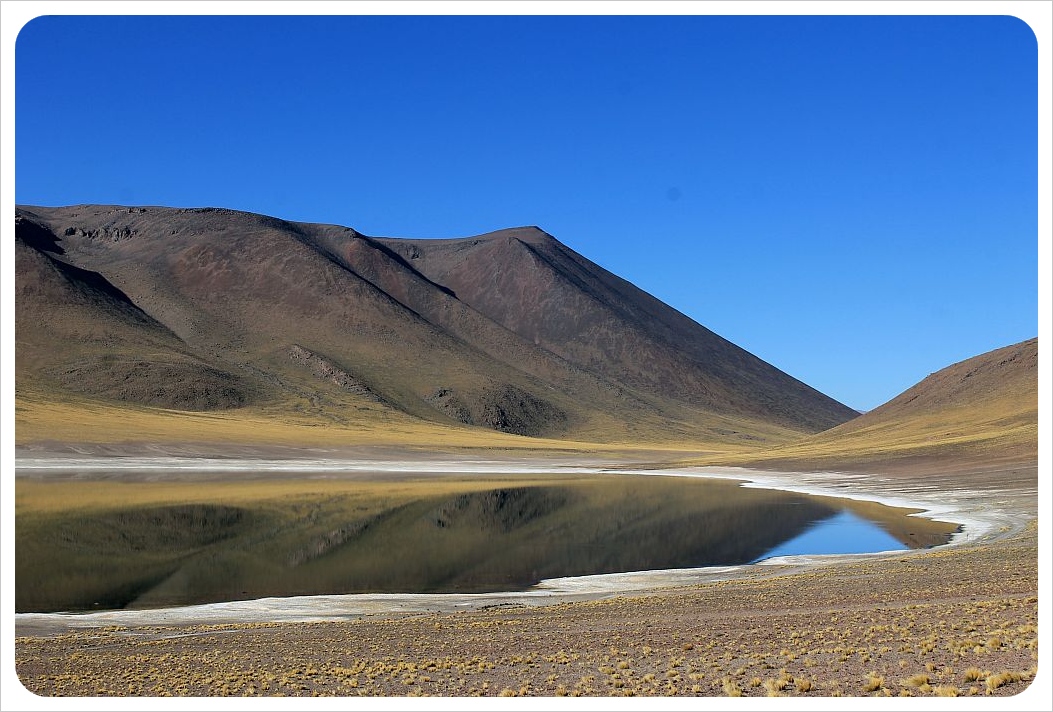 We have spent nearly four months traveling through Chile from north to south, east to west, and south to north again.

Due to the country’s unique shape, Chile can actually be quite an overwhelming country to conquer. Not the width, with the average east to west span only 177km (110 miles); it is the length of Chile, extending 4,270km (2,653 mi) that makes travel here so daunting. Expect lots of loooong bus rides, since the best places to visit are hundreds of miles north or south of each other. The Atacama Desert, for example, is a 24 hour bus ride from Santiago, for most the next logical stop southward while traveling through Chile and over 4,700km (2,920miles) from Puerto Natales, the jumping-off point for Torres Del Paine National Park. Despite its geographical challenges, Chile is an incredible place to travel with glaciers, deserts, lakes, the Andes mountains and thousands of miles of coastline. 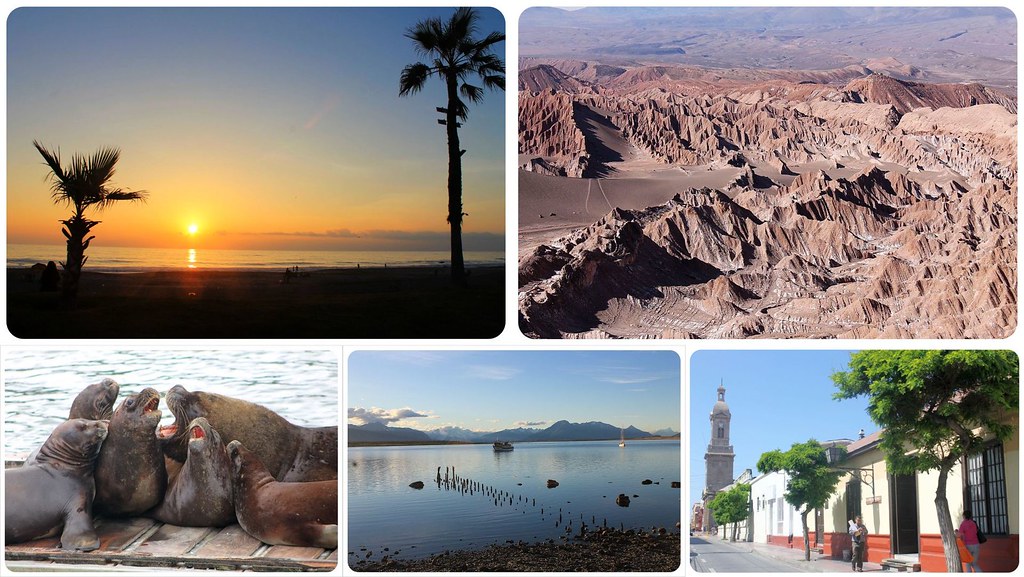 We’ll cover logistics and keeping to a budget in Chile in a future post, but for now we wanted to share our top five favorite places to travel through in Chile.

An serendipitous discovery on our recent trip from Santiago to Iquique, the narrow Elqui Valley stretches all the way from the adorable beach town of La Serena (about 7 hours north of Santiago) to the Argentine border – roughly 140km. There is a dramatic contrast between the rough mountain sides and the lush green valley in between, where grapes for pisco and wine are cultivated, as well as Chilean papayas, avocados, oranges and other fruit. Little towns with sleepy town squares dot the valley and you can stop at a pisco distilleries that invite to stop for a tasting. The valley is also known for its crystal clear night skies, perfect for excellent star gazing conditions. 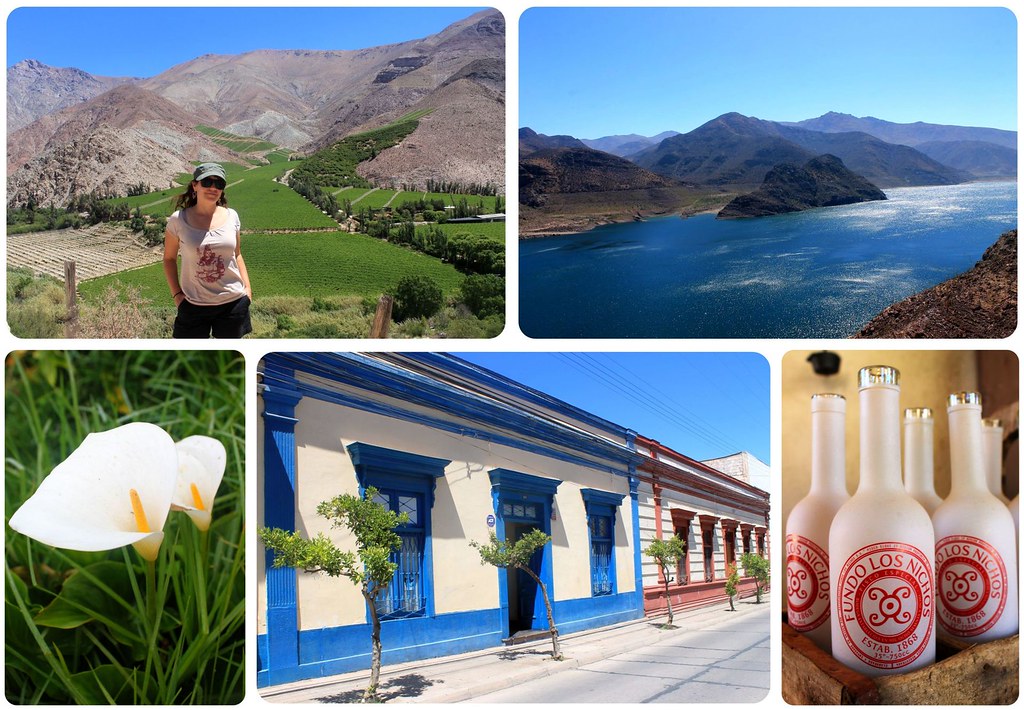 Visit the valley on an organized tour from La Serena or take the public bus which stops in the main towns: Vicuña is the birthplace of Nobel Prize-winning poet Gabriela Mistral; Monte Grande is where you can visit Gabriela Mistral’s childhood home; Pisco Elqui makes a great base for two or three days of hikes into the mountains, bike rides or horseback riding. If you have more time, spend a couple of days – there are some great hotels in the valley (mainly in Pisco Elqui) and that way you get to see that amazing clear night sky!

The Lake District is about 1,000km (620miles) south of Santiago and is often compared to Switzerland and Austria, thanks to its many lakes in an Alpine setting. However, the surrounding volcanoes (there are six of them) and touches of Chilean culture definitely gave the area its very own charm, despite traces of German settlers found everywhere – especially in the widespread kuchen custom! The region is a mecca for hikers and active travelers. You can do anything here from here climbing volcanoes to rafting or other water sports, skiing in the winter months and mountain biking in the summer. There are twelve lakes that give the region its name, and you can spend weeks exploring the Lake District’s National Parks without getting bored. We only visited Pucon and Puerto Varas because the weather was not great when we visited the area, but Temuco, Villarica and Osorno would also have been worth a visit. 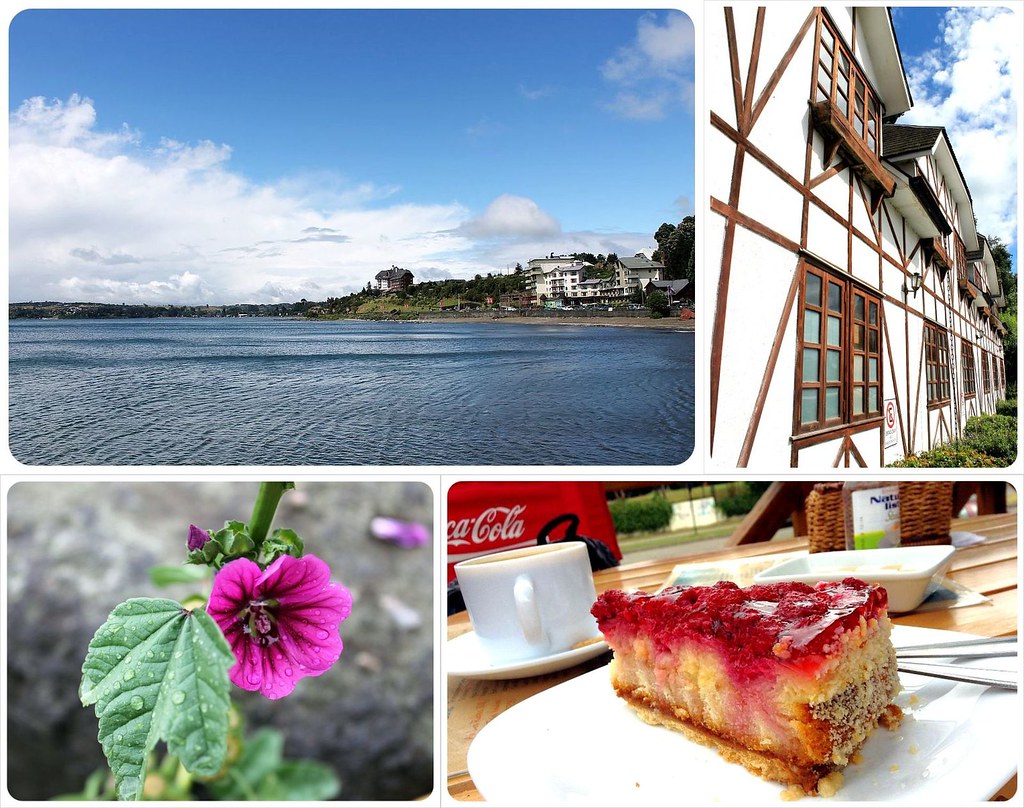 If you visit the Lake District, you should consider visiting the island of Chiloe from here, which is only a couple of hours away that offers a rare look at a more indigenous side of Chilean culture.

Chile’s historic seaport city sprawls up the sides of 42 hilltops, making it the most unique city we visited in all of Chile. One of the most important players in world trade in the 19th century, there is a bohemian vibe and crumbling grandeur in Valparaiso. You can take several ascensores, steep hillside funiculars, up and down the hills and get lost wandering around the maze of cobble-stone streets and alleys that all magically connect the hills. 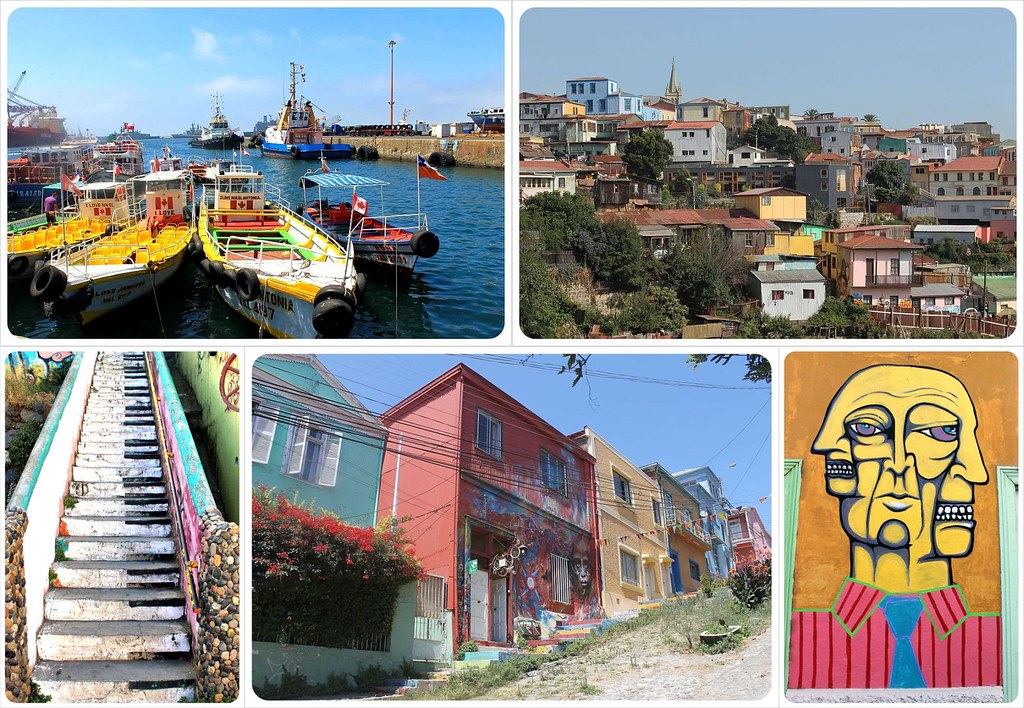 As if the houses themselves aren’t colorful enough, there is street art everywhere, little cafes dot the hills, and we loved the view over the sparkling lights across the bay from our lovely B&B, the Casa Kreyenberg. The graffiti and the buildings that are in need of restoration (much of Valparaiso has been renovated since the city was awarded UNESCO World Heritage status in 2003) give parts of Valparaiso a gritty feel, but that is part of what defines the colorful city by the bay.

Uninterested in the famous 4-5 day W Trek, we almost gave Torres del Paine a miss, but we ended up spending much longer in town than we originally thought. By in town, we mean Puerto Natales, the city and jumping off point for the Torres del Paine National Park. The city itself is a pleasant place with great food and modern facilities – albeit almost entirely geared toward trekkers.

The National Park offers some of the most spectacular scenery in Patagonia: glaciers, mountain lakes, waterfalls and the Cerro Paine mountain range which is a paradise for trekkers. Guanacos roam freely through the steppe and might actually the only other sign of life you’ll encounter for hours on a hike. Even though we didn’t hike any of the trails with the best views, you can drive around the park and see the main landmarks in a day or two (there are several lodging options in the park, from basic refugios to high-end glamping). 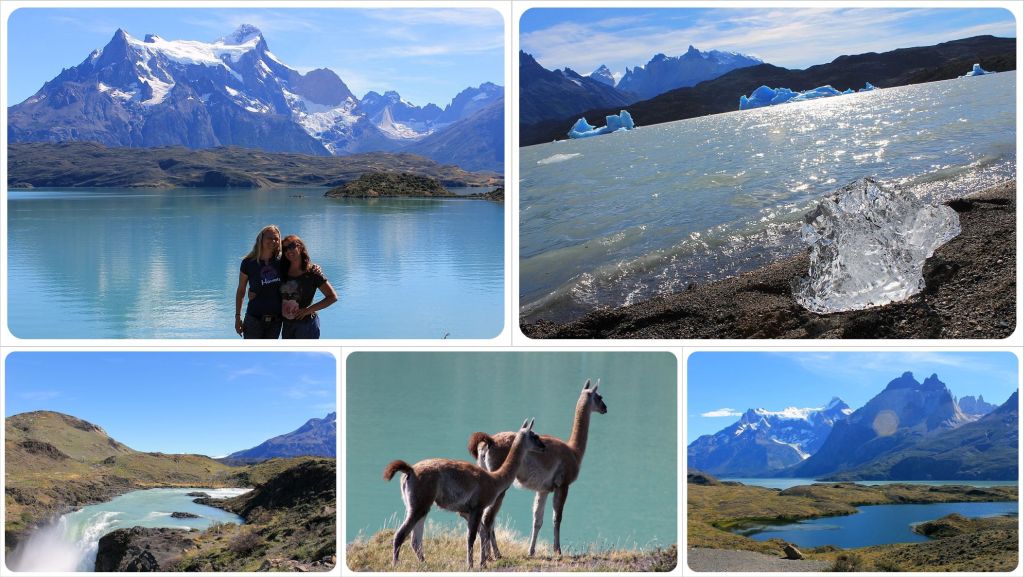 Our absolute favorite place in Chile is San Pedro De Atacama, a tiny town in northern Chile, surrounded by the driest desert in the world – the Atacama Desert. The town itself has maintained its Spanish-colonial charm with a bright white church on the tree-filled town square and one-story adobe homes that now house little hotels, restaurants and souvenir stores. 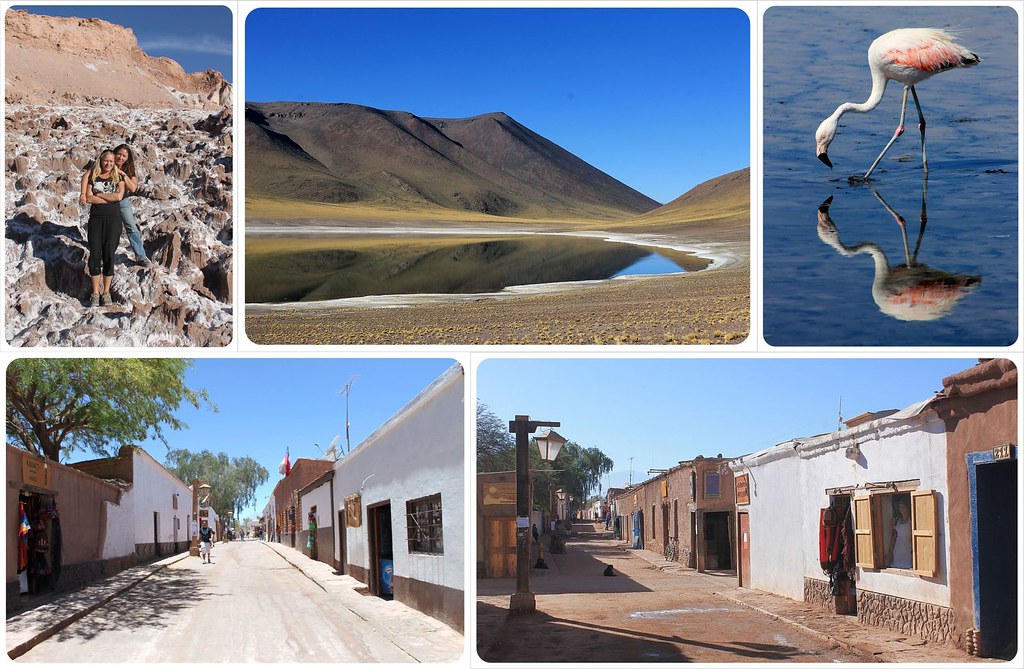 We were amazed that this little town in the middle of the desert turned out to have some of the best food options in all of Chile and the surrounding area can keep you busy for days: tours to the Valle de la Luna, El Tatio Geyser, mountain lagoons and hot springs, salt flats and salt caves – no matter which direction you choose, the landscape is spectacular. Similar to the Elqui Valley, the Atacama has some of the clearest night skies in the world and you can take a stargazing tour to observe the milky way from the southern hemisphere.

We spent over two months in Chile’s capital and have grown to love Santiago… slowly. We have to admit that it was a slow burn and it took us a couple of weeks to truly love Santiago, which is way more time than most travelers have. But since you’re likely to spend at least a couple of days here, these are the things you shouldn’t miss in Santiago, and if you have more time, make sure to go beyond Central Santiago. 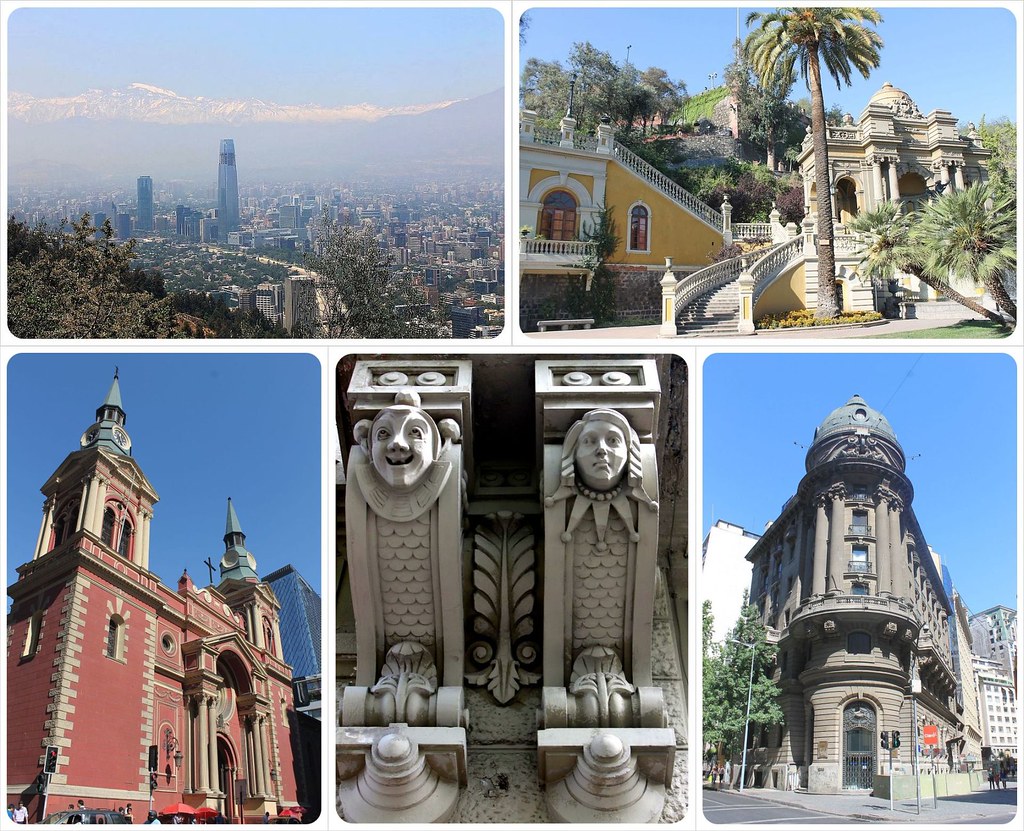 Have you been to Chile? What are your favorite places? Please share them in the comments below!