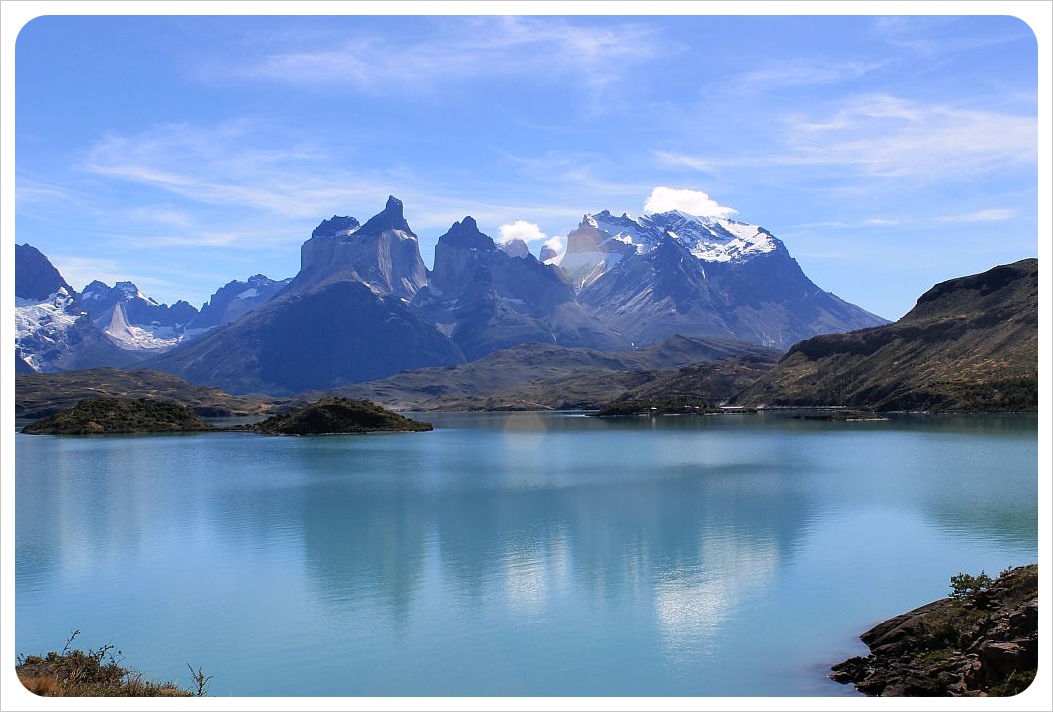 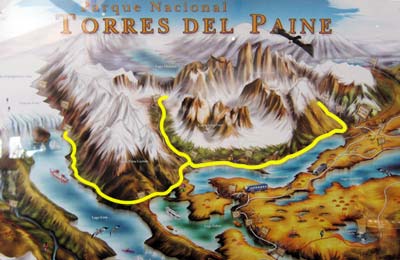 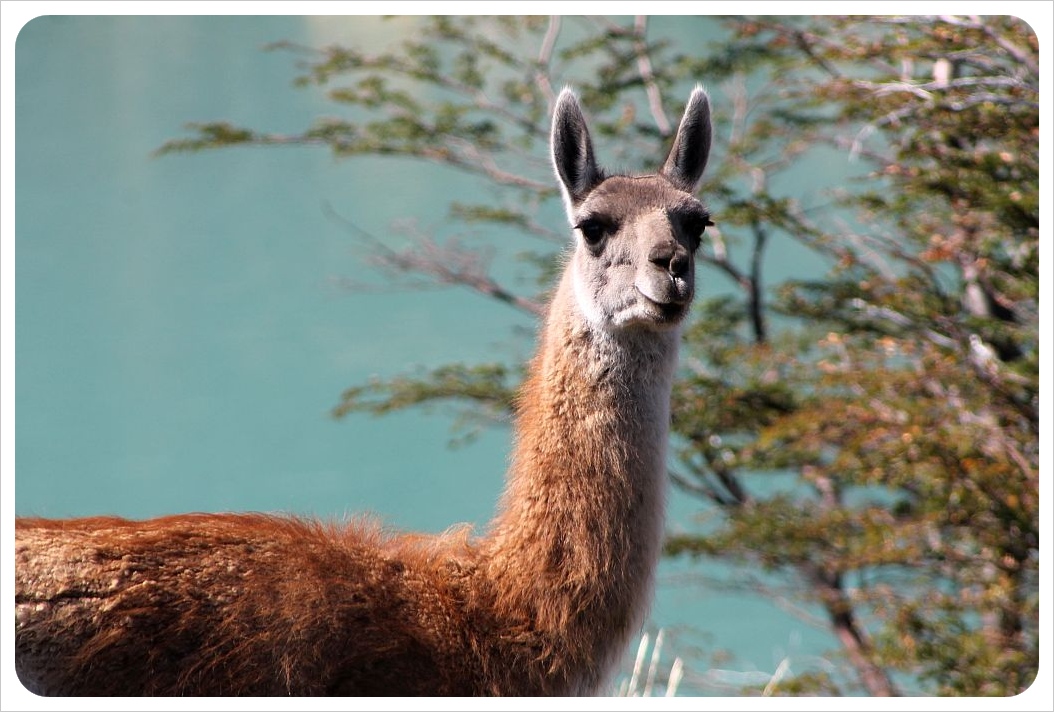 Instead, we took the five-hour bus ride from El Calafate, Argentina to Puerto Natales, Chile, the small Patagonian city popular as the base for trips into the park. We had intentions of sorting out a day trek to the three towers, which is a highlight section of the trek, but after a few failed attempts, we settled on an all-day Torres Del Paine tour that included several stops at the main viewing points and short hikes in the park.

For those non-trekkers out there, this Torres Del Paine day tour was a great way to actually see more of the park than you would on the W Trek. The Torre Del Paine tours from Puerto Natales all cost roughly the same, at $40 per person, plus the $36 park fee on top, which worked out to be more expensive than renting a car but easier to get to the park’s highlights without having to do any more of that pesky research! 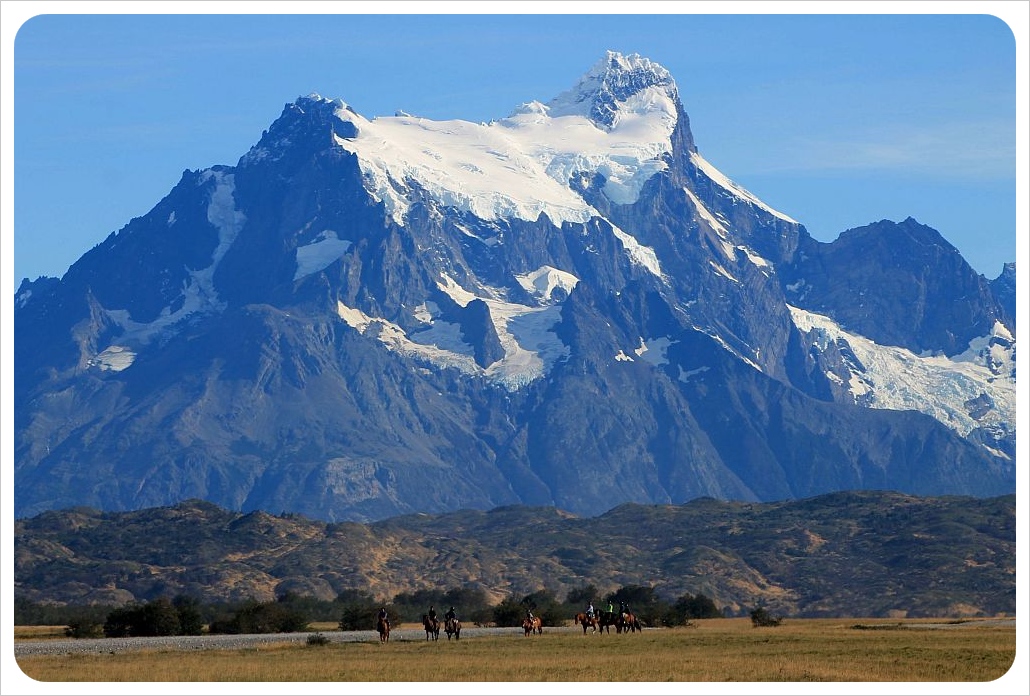 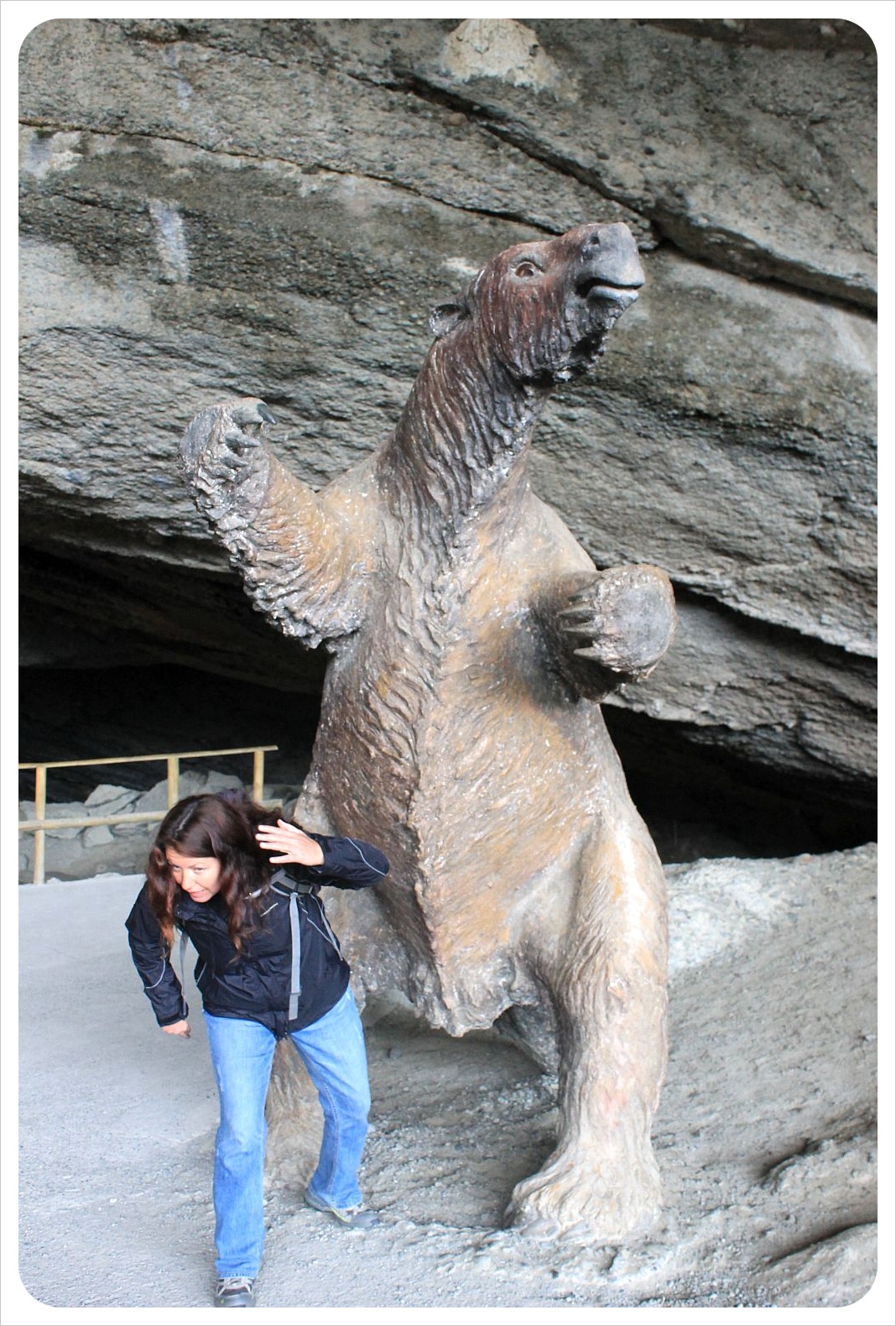 The first hike of the day was a short trail to Lago Grey, walking across a wooden footbridge, through a forest and down onto a beach around the lake. The temperature dropped dramatically as we neared the massive blue icebergs floating in the lake which had calved off the nearby glacier. Wind-whipped and freezing, we posed in front of the blue ice blocks and even got to touch some of the smaller ‘cubes’ that floated to the water’s edge. 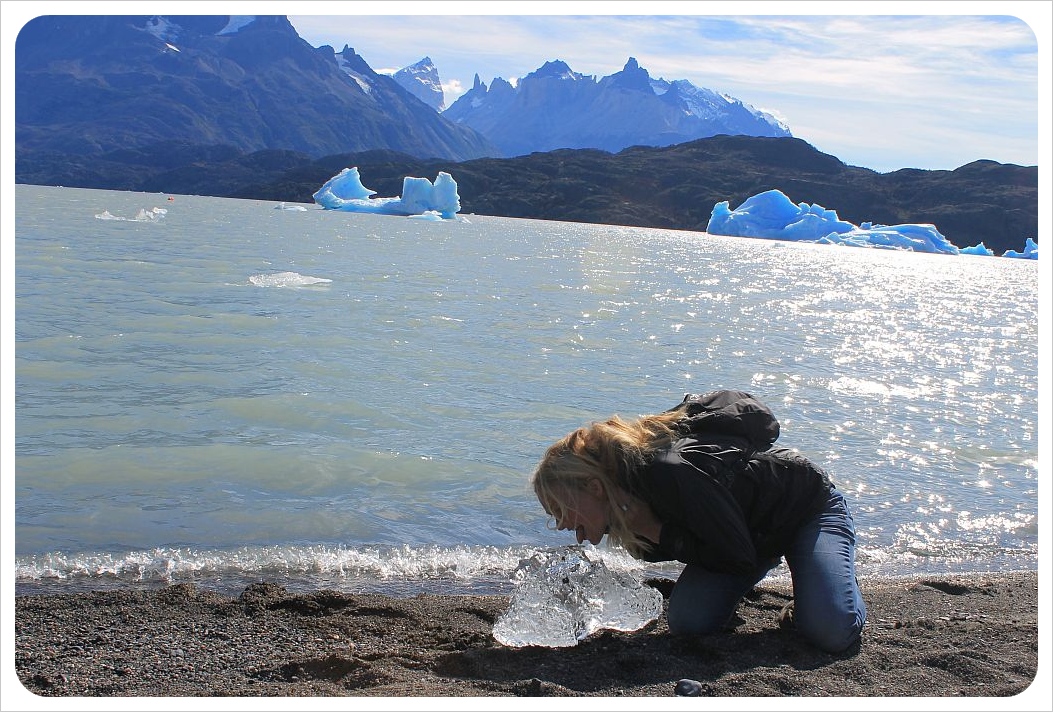 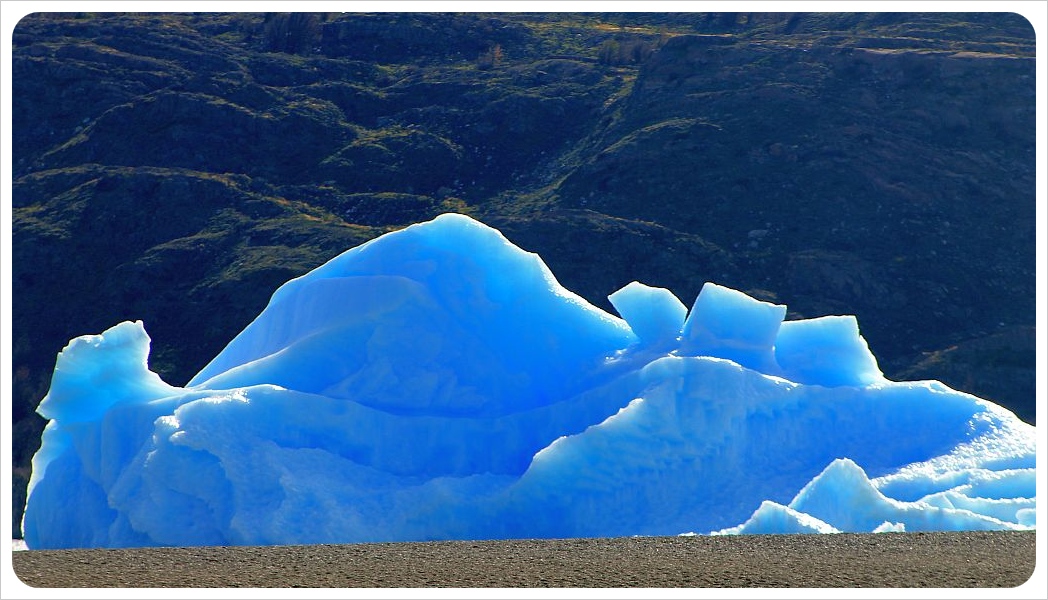 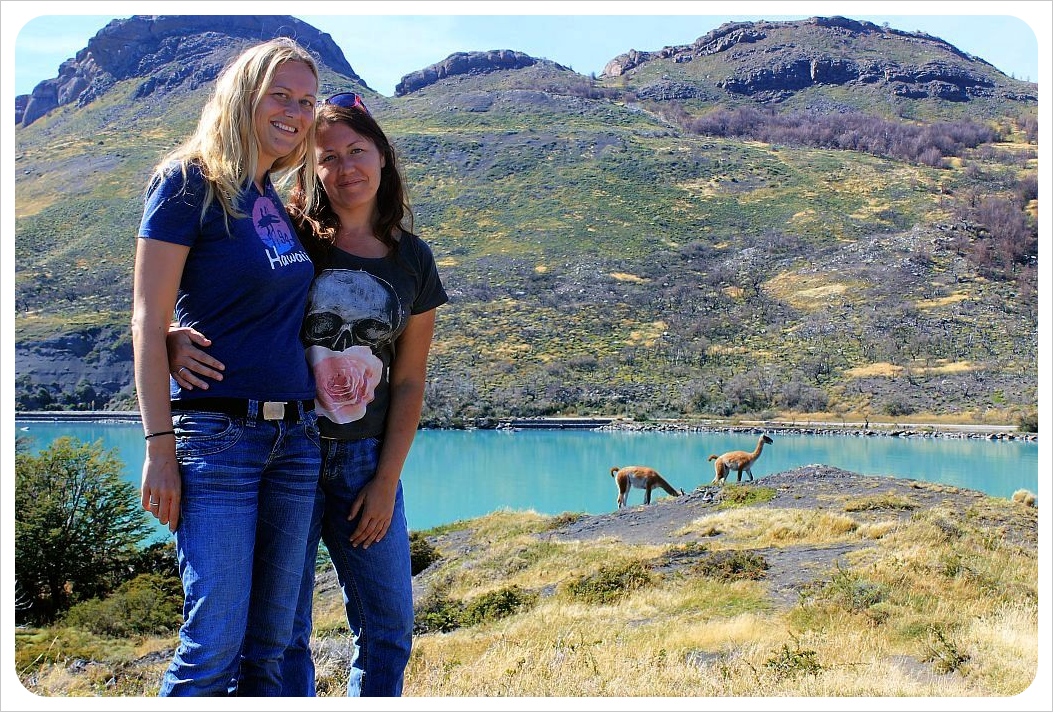 The Torres Del Paine tour continued on with gorgeous viewpoints every so often until the driver stopped for our second ‘hike’, which was really a 30 minute easy walk that led to a lookout above and just to the side of a rushing waterfall and paths up and down to different vantage points. 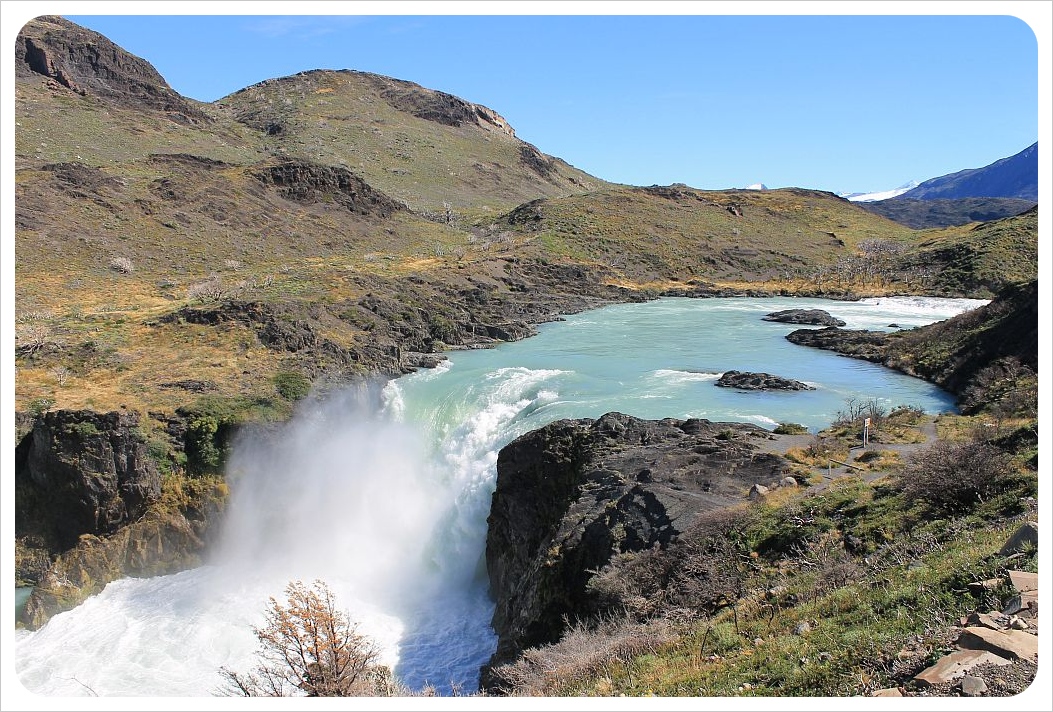 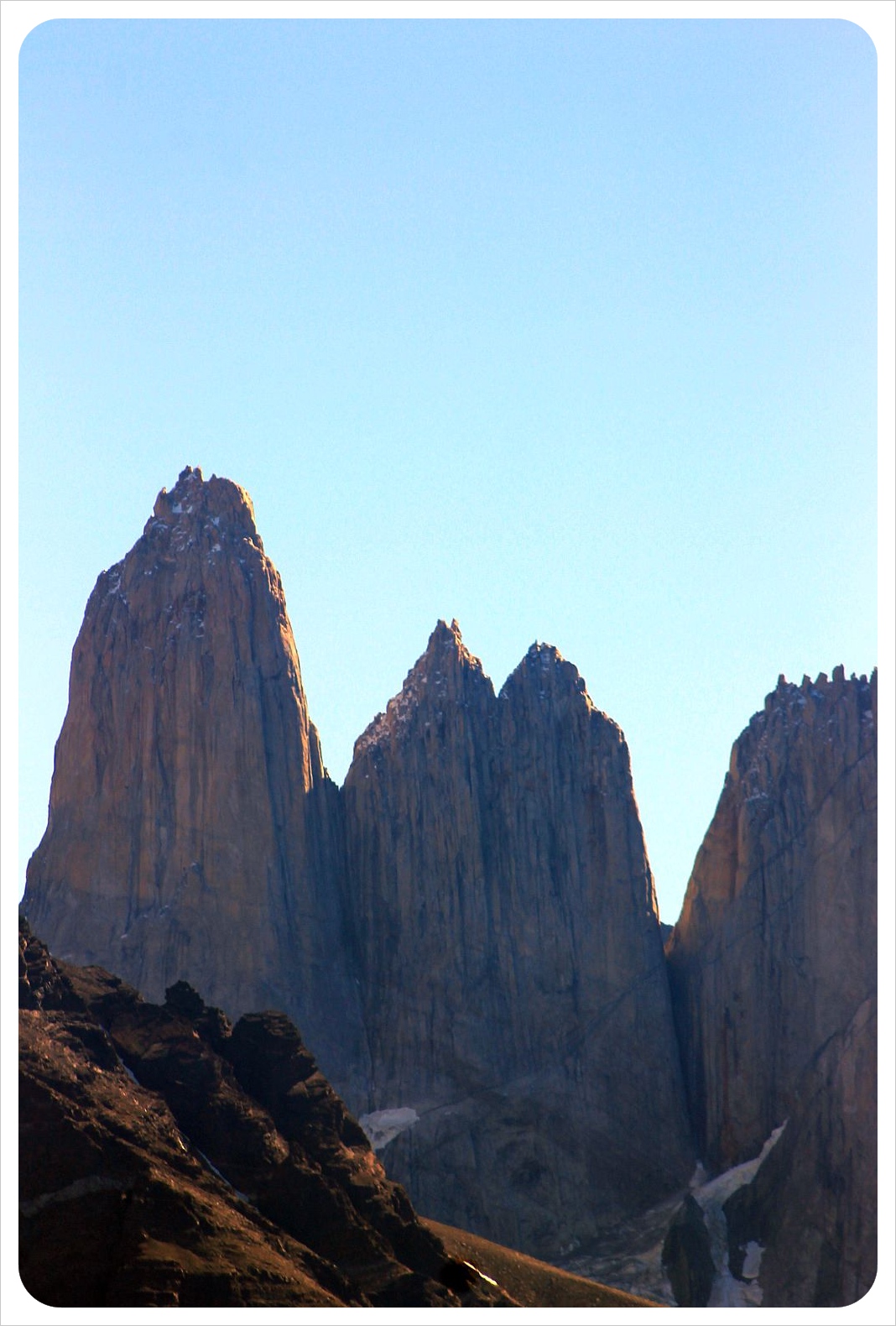 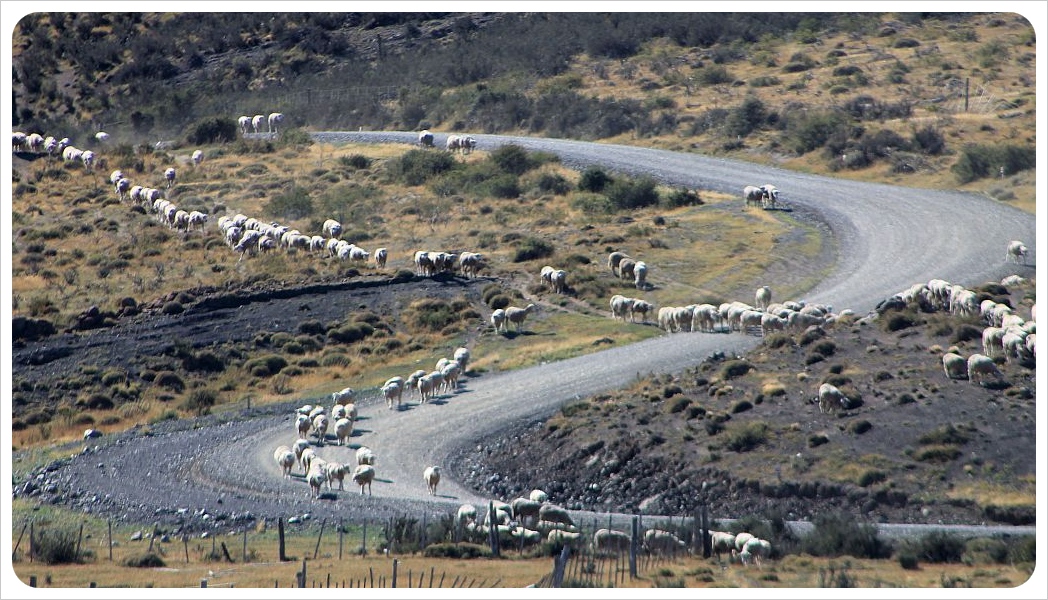 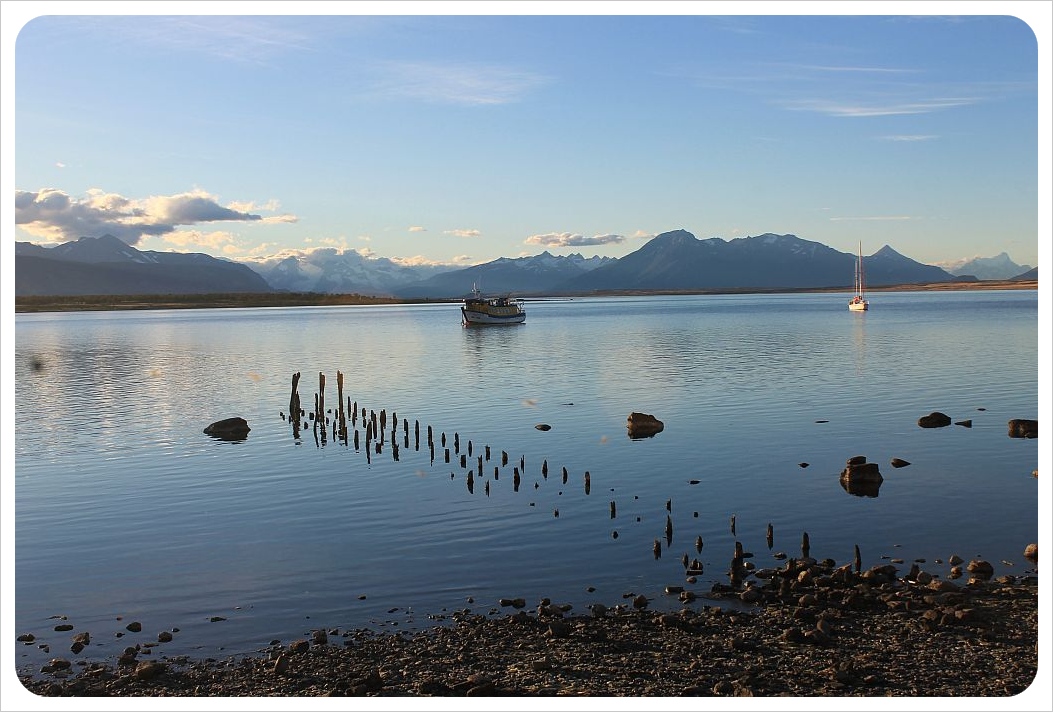 If you are looking to do a Torres Del Paine National Park day tour, check out the tour agency at the Patagonia Aventura hostel (on the west side of the Central Plaza in Puerto Natales). They can also set up multi-day hikes and other excursions.

Alternatively, you can book these tours online ahead of your arrival in Puerto Natales:

TorresdelPaine.com has a range of maps for the W trek, the Circuit (an 8-9 day hike in Torres Del Paine) and other treks. They also have a listing of all the lodging options in the park and other useful information like ATMs and detailed gear lists. Make sure to book ahead since the refugios fill up quickly, especially between December and March. Check out Thomas & Tony’s Ultimate Guide To Hiking in Torres Del Paine for more practical information on the various treks in the park. 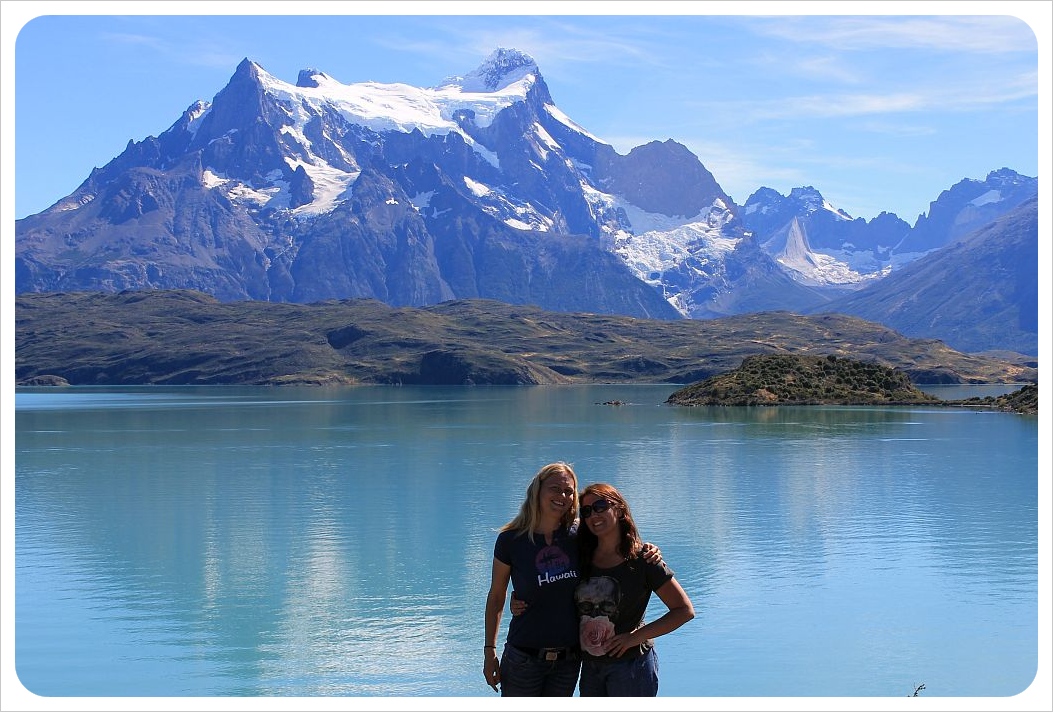 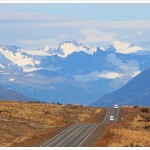 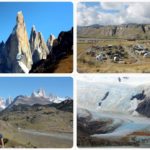 The day I became a solo hiker in Patagonia
Click here to cancel reply.

[…] it was back over the border to Chile to see Torres Del Paine. We opted for a full day tour of the National Park, and it became one of our favorite places in all […]

Thank you so much for your helpful information here! I'm planning my trip to Torres Del Paine but do not want to do the famous W circuit. So glad I've learned about this one day tour! Did you guys stay in Puerto Natales? Do you know if this tour picks up from that area?

Thanks so much again!

Yes we stayed in Puerto Natales and that's where we booked the tour :) Enjoy Patagonia, Gib!

Thank you so much for the advice with the Patagonia Aventura Hostel. I was searching the whole day for a trip like that.

Love the photos and the blog! We will be travelling through Puerto Natales early next year and would love to do this bus trip before we head to El Chalten.

Unfortunately, the link you have posted of the tour provider is broken. Any chance that you have some more info?

Hi Grant, I think this is their new link: http://www.apatagonia.com/en/tour_1.html It has all the info you need. I will fix the link now :) Thanks for pointing out that the old one was broken :) I hope you'll have a good time in Patagonia - such a beautiful part of the world!

[…] the Week: Sea Lion Attack in Valdivia Chile Warming up to the Iquique Coastline in Northern Chile Torres del Paine: Patagonia’s Essence in a Day And yet this one post is the only post that has ever gone viral on the […]