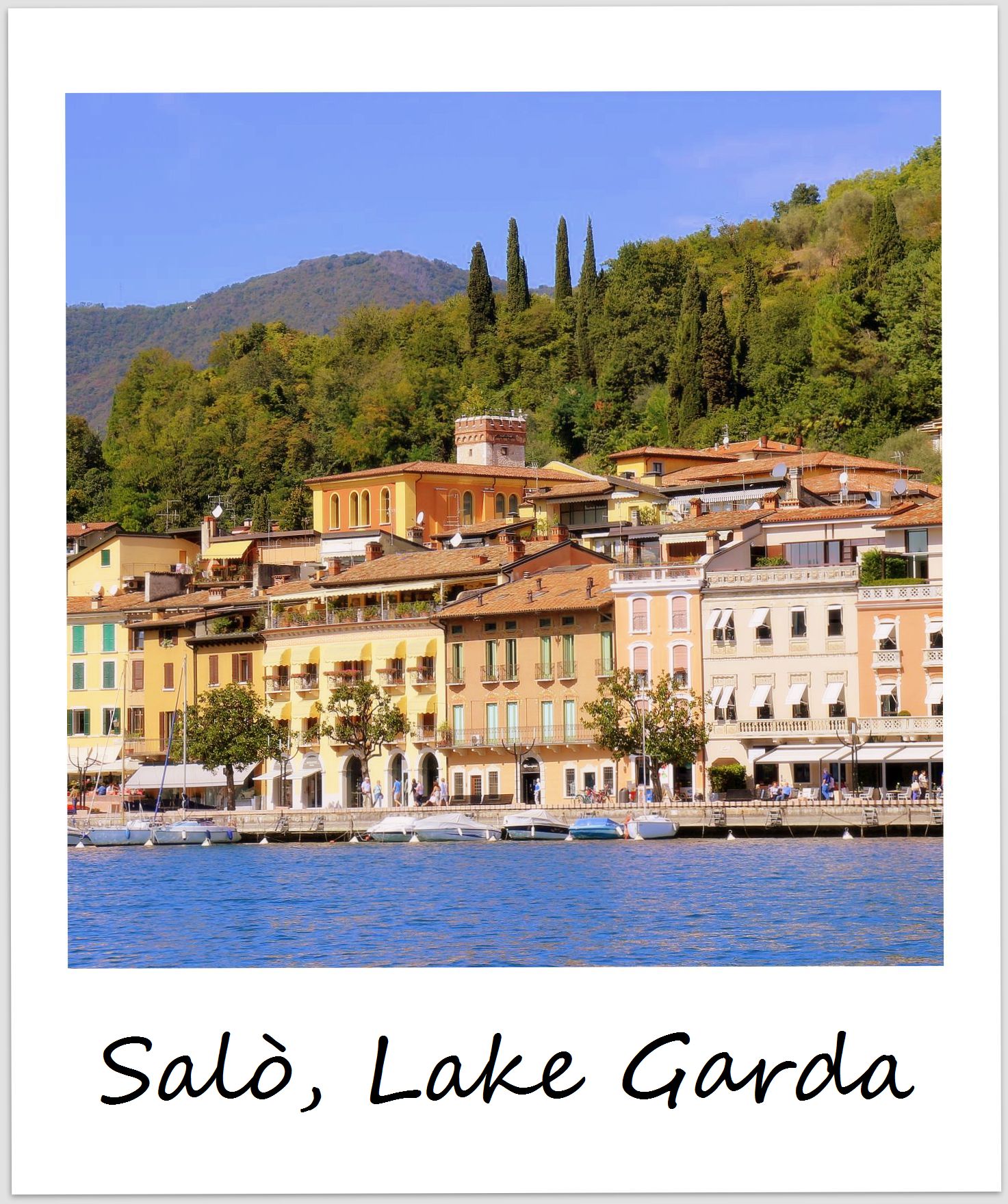 Last week I thought it was hard to select one picture out of the 1,500 I took in Iceland, but did I think it was going to be easier to pick one shot out of equally as many photos I’ve taken in the past seven days here in Italy? Once again, it seemed like an impossible task. I finally chose a picture of Lake Garda, where I spent a day exploring Sirmione and the nearby Roman ruins Grotte di Catullo before taking a boat over to Salò, a small town on the southwestern shore of the lake. I took the photo when our boat was approaching the town, laying in front of us like the picture-perfect lakeside resort town you imagine in Italy.

I’ve been to Italy so many times, but I have to admit that other than a quick visit to Milan and a day in the Cinque Terre a few year’s ago, I’ve always blissfully ignored the north, driving straight through it to hit destinations further south, like Tuscany or the Amalfi Coast. After my week here in Lombardy, I am not sure why I didn’t visit the region earlier – and a week was way too short to properly explore it; I am already pondering a return trip. I used Milan as a base for day trips around the area – and there’s so much to see around here, from the vineyards around Brescia, UNESCO World Heritage Sites, the famous lakes like Como and Garda, and the many Alpine ski resorts close to the Swiss border, which are superb hiking destinations during the summer months.

I managed to visit the towns of Bergamo, Brescia and the aforementioned towns on Lake Garda and used the rest of my time to get to know Milan, a widely underrated destination in Italy. After feeling pretty ‘meh’ about it after my first visit, I finally got to see what’s underneath the surface, ie. beyond the tourist sights. I visit several neighborhoods, bar hopped in the evenings and ate my way around town; visited the popular Sunday antiques market, strolled along the canals, biked around the city, had gelato in the park, joined the cool kids for some street food at Mercato Metropolitano, took a ridiculous amount of photos of cool street art, I even made it to a famous jazz club. I could easily spend a month because I feel like there are many more layers to uncover here, but for now, it’s time to say goodbye and to head to my next stop: Venice!

Polaroid of the week: Charmed by Venice | GlobetrotterGirls

[…] was the last stop on my little tour of northern Italy, and it is safe to say that I picked the perfect place for a truly grand […]