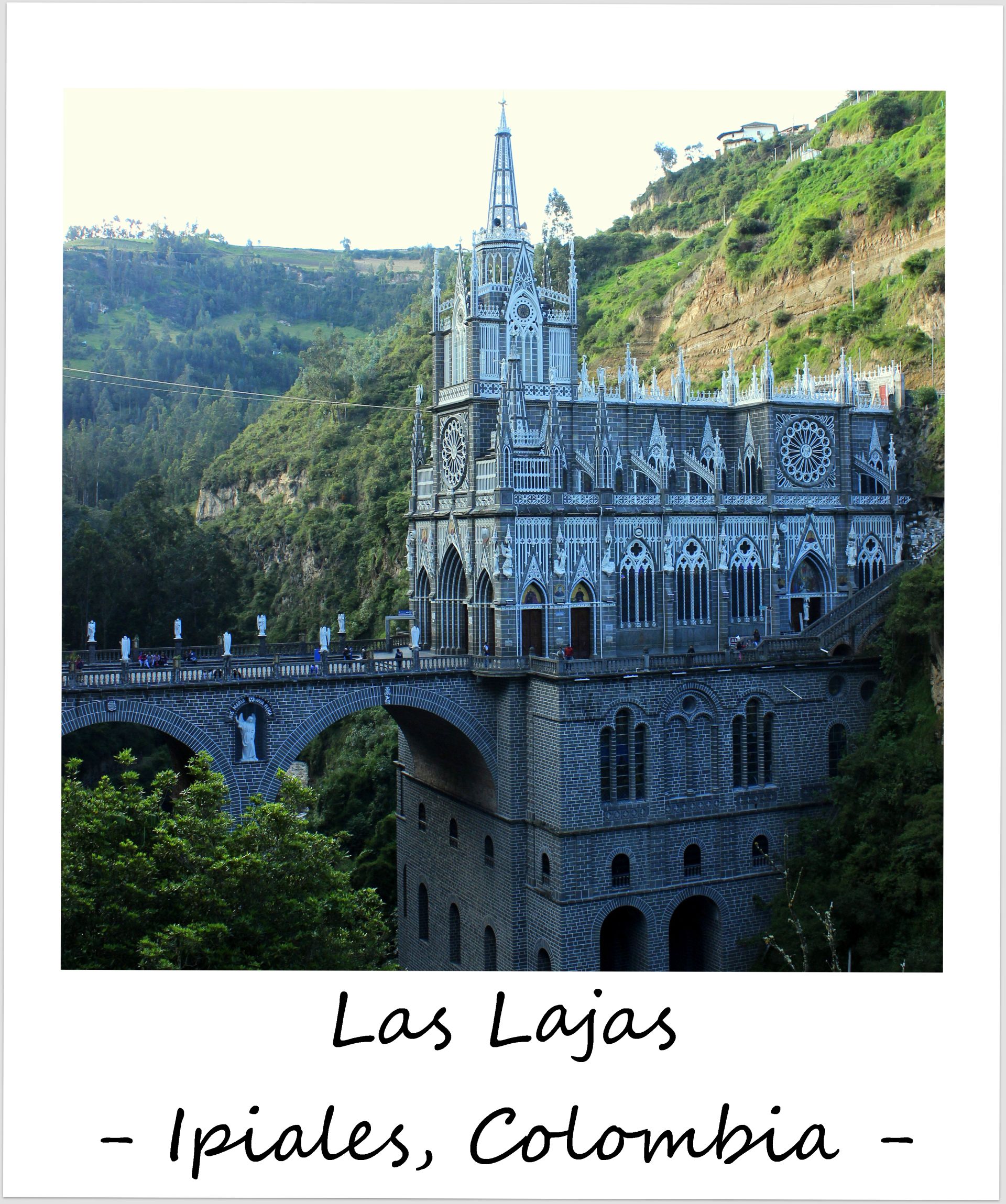 There are landmarks and monuments that you see a picture of and you just think: ‘Wow! This place looks amazing! I want to go there one day.‘ I feel that way every time I see a picture of the pyramids in Egypt, the Taj Mahal, the rice terraces in Bali, but also lesser known places like the ‘Swing at the end of the World‘ (where I made it to last month). And Las Lajas. You might not have heard of Las Lajas, but maybe you’ve seen a picture?

The first time I saw a photo of it was many years ago, before I even started my round-the-world trip in 2010. When my partner and I decided to make our way south from Mexico all the way to Argentina, I put Las Lajas on the itinerary. I didn’t even know where exactly it was, I only knew that it was in Colombia.

And then we stopped our travels south in Panama, made a detour to Europe instead of continuing on to Colombia (back then, we needed a change of scenery after nine months in Latin America).

When we returned to Latin America a couple of years later, we started in Argentina and wanted to work our way up to Colombia. We only ever made it to Peru (and then this happened). It was like I wasn’t supposed to see Las Lajas.

But last year, I finally made it to Colombia. I was finally going to visit Las Lajas! When I mapped out my trip, however, I saw where Las Lajas was located: all the way in the south of Colombia, close to the Ecuadorian border. I’d only make it there if I was going to Ecuador, which was something I’d contemplated, but eventually I ran out of time to visit both countries. Was I ever going to see Las Lajas?

Well, the Polaroid already gave it away, I guess. Yes, I finally made it to Las Lajas! I decided to add a whirlwind tour of Southern Colombia to my Ecuador trip, crossing the border overland. The town of Ipiales was my first stop in Colombia, and from there, it is only a short 15-minute drive to Las Lajas.

The church is built into a canyon, right over the Guáitara River, and the name actually refers to the rock that it is built into (laja is the Spanish word for this kind of sedimentary rock that’s found in this canyon). The entrance of the church, built in Gothic Revival style, is reached via a 160 feet (50 meters) high bridge over the river, and the height from the bottom of the canyon to the top of the church is exactly 100 meters (330 feet). It is a spectacular sight.

What makes Las Lajas special for Catholic pilgrims from all over Colombia and beyond is the story of how it came into existence in this rather odd location: In 1754, a woman and her deaf-mute baby daughter were caught in a storm in this canyon, and saw a cave they could find shelter in. Inside the cave, the little girl pointed at a silhouette illuminated by lightning – an apparition of the Virgin Mary – exclaiming “The woman is calling me!”. All of a sudden, the girl was able to speak. It is believed that the virgin cured her and caused people to start heading to the site as news about this miracle began to spread across the region.

A shrine was built, which eventually was replaced by a larger shrine, which then resulted in the construction of a church in the beginning of the 20th century in that very spot. It took several decades to finish the church that you can visit today. In 1952, Las Lajas received canonical coronation from the Vatican and it was made a minor basilica in 1994. In 2007, Las Lajas was declared on of the ‘Seven Wonders’ of Colombia.