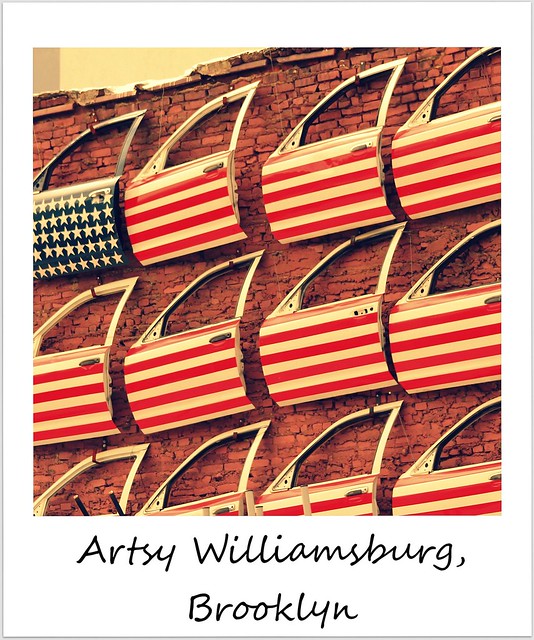 After a rather stressful travel day (it somehow took me 26 hours to get from Germany to New York!), I finally arrived in the States. I had (not for the first time!) forgotten to print my ESTA confirmation, proving that my visa was still valid, but the lady at the Norwegian Air check-in desk was kind enough to let me check in anyway, and then I spent nearly ten hours at the Oslo Airport because my connecting flight was delayed. This resulted in me losing my hotel room, which they gave away thinking I wouldn’t show.

A few other mishaps followed, and my first ten days back here have been more hectic than I’d expected but I am finally settling in. I arrived to – as I have been told – the first truly warm and sunny days this year, and it seems like all of New York is out and enjoying the gorgeous weather which feels much more like summer than spring with temperatures in the high 70s. I decided to take a few days off to catch my breath after announcing the new chapter I’ve begun and before running my first race, a 10k in Central Park (more on that later).

Knowing that I’d be staying on the Upper West Side for the next few weeks, I decided to spend some time in Williamsburg, my favorite neighborhood in Brooklyn, before starting my housesit, to see what has changed since my last visit (not too much, considering that it had only been in November!), and joining the freelancers on their MacBooks in one of the many ‘coffices’ around there. I loved just walking around aimlessly and discovering new street art pieces, new shops and bakeries, devouring some amazing food and finding original creations like the ‘American Flag’ pictured above.

On my first morning back in New York, I ran along the East River, taking deep breaths of the fresh, salty river air, taking in the familiar smells and noises of New York, and I knew I had made the right decision to come here. I felt at home.

Hey Dani, sounds great! Sucking in life is always a good idea! In the long run (pun intended...) you will find some soothing quietude, I'm sure... :) Enjoy your time in NY! Btw, I never came across the term "coffice" before I have to admit... interesting!

Ha - coffice is an interesting term, isn't it? ;-) I am still not sure if I love it or hate it, lol. I used it because I actually have a list saved in my Foursquare that's called 'Best Coffices In New York' and I follow @CofficeNearMe on Twitter :D I love how many 'digital nomad friendly' coffee shops there are around NYC, especially in Williamsburg!! Makes going to work so much fun :)