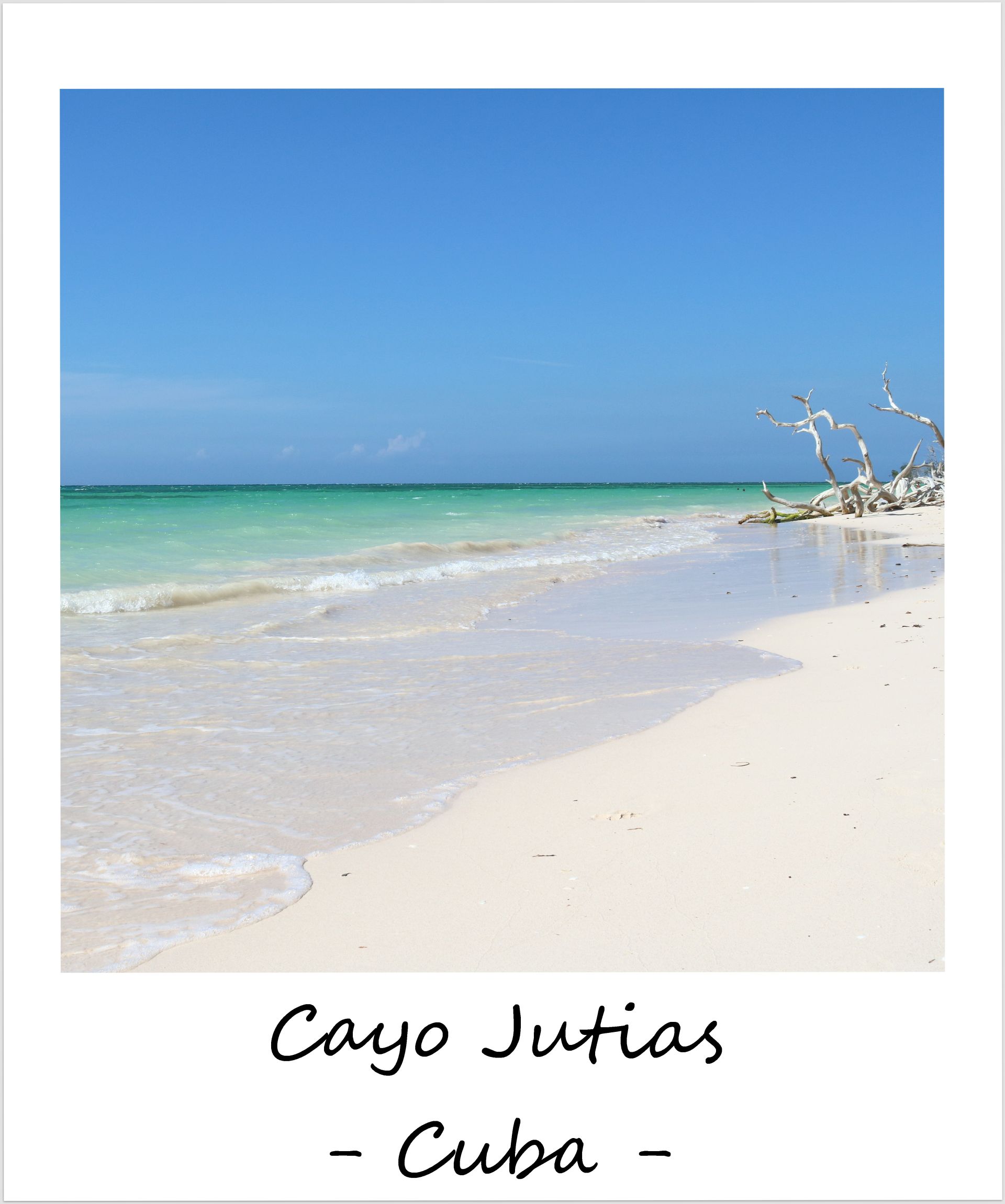 Even though Cuba is a Caribbean island, whenever I thought of Cuba, a Caribbean vacation was not what I had in mind. Instead, I pictured Spanish-colonial colorful towns, lush green tobacco fields and the crumbling facades of Havana’s grand buildings. What I wasn’t thinking of were turquoise, crystal clear waters and pristine beaches fringed by palm trees. But of course, there are lots of exactly those in Cuba, and I am glad that I got to include a couple of them into my packed Cuba itinerary.

The first beach we went to, Cayo Jutias, happened to be a beach that is one of Cuba’s most stunning beaches (nearby Cayo Levisa on a tiny island off of the coast is supposedly the absolute best beach in Cuba. And yes, every beach we saw afterwards looked just.. uh.. nice.. in comparison (but those were still Caribbean beaches..!). Cayo Jutias doesn’t have any hotels, only a couple of restaurants. Other than that, it is just miles and miles of untouched, picture-perfect beach. And the best thing? Since Cayo Jutias is fairly difficult to get to – located on the northern tip of the island, a bumpy 75-minute ride on a pothole-filled country road from the small town of Viñales – there aren’t many tourists there.

As we walked further away from the restaurants – not before trying a Coco Loco, a fresh coconut to which rum and honey are added – we encountered less and less people, and found a large stretch of beach that we had all to ourselves. Parts of the beach aren’t fringed by palm trees but by a mangrove forest, which makes for an interesting backdrop and some lovely photo opps (see some of the pics in my April round-up). After a few days of city life in Havana and exploring the countryside around Viñales, I couldn’t have asked for a better beach getaway than Cayo Jutias…

Polaroid Of The Week: Soaking Up Cuban Life In Trinidad
Click here to cancel reply.