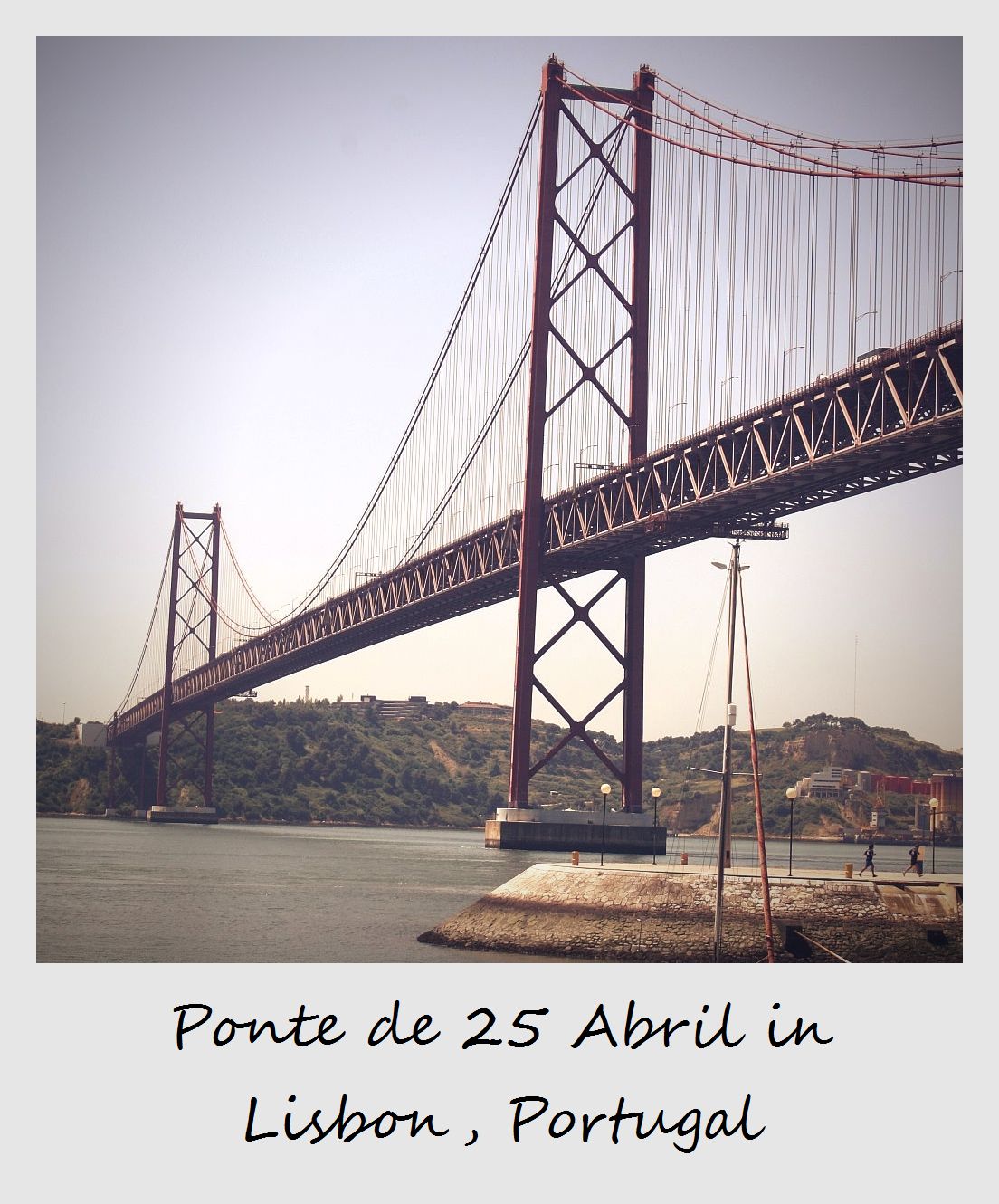 Look Lisbon has a Golden Gate Bridge, who knew?! Actually, it is the Ponte de 25 Abril (named after a famous battle), the longest central span bridge in Europe and, with a total length of 2,277 m, it is the 20th largest suspension bridge in the world. It also holds the world record for the world’s deepest bridge foundation by going 80m (262ft) below the riverbed to stand on basalt rock.

The bridge, which bears such a striking resemblance to its San Franciscan twin, was in fact built by the American Bridge Company, the company who constructed San Francisco’s Bay Bridge (the other one, not the Golden Gate Bridge). Completed in 1966, the upper platform carries six car lanes (it was widened twice), and a lower platform with two train tracks was added in 1999.

The bridge is crossed by more than 150,000 cars and 160 trains every day, carrying a total of 380,000 people across it each day. Unlike the Golden Gate Bridge, there is no pedestrian crossing allowed.

Lisbon on Wheels – Get Out and Ride! - GlobetrotterGirls

[…] de Caparica, over and past two world famous monuments you never knew existed in Lisbon. Cross the Ponte de 25 Abril bridge, which is the spitting image of the more famous Golden Gate Bridge in San Francisco, and at the end […]

The 25 April bridge wasn't named after a battle, it was the bloodless coup that recovered democracy in Portugal 8 years after the bridge was inaugurated. Initially the bridge used to be named the Salazar Bridge, named after the prime minister who signed the contract.

Was the bridge originally named after the dictator Salazar de Oliveira?

I was just about to mention it. Thanks.

Pitty that there's nor sidewalk neither cycle path. It would be great to cross the bridge either on foot or by bicycle for FREE.

The dwellers of the south bank that commute to Lisbon everyday actually have a hard time with traffic jams and car tolls. The bridge had to be reinforced a decade and half ago so as to withstand the enlargement to 6 lanes - often packed with cars, plus the railway. I've heard it's the largest train / road bridge in the world, but I am not sure about it.

Oh that's interesting - I didn't know that it was so congested! You are right about the missing bike paths - it would be awesome to be able to do that. I think the longest train bridges in the world are all in China now - they have been busy building bridges in the last couple of decades :)

Belem | On our way home

[...] and it is the longest central span bridge in Europe and 20th large suspension bridge in the world [1]. It was actually built by the American Bridge company – the same company that made the San [...]

Agreed, at first glance i thought it was the Golden Gate. Very similar indeed!

Yes, we are still surprised how similar they look every time we pass it! We found that Lisbon and San Fran have even more similarities than just this one :)