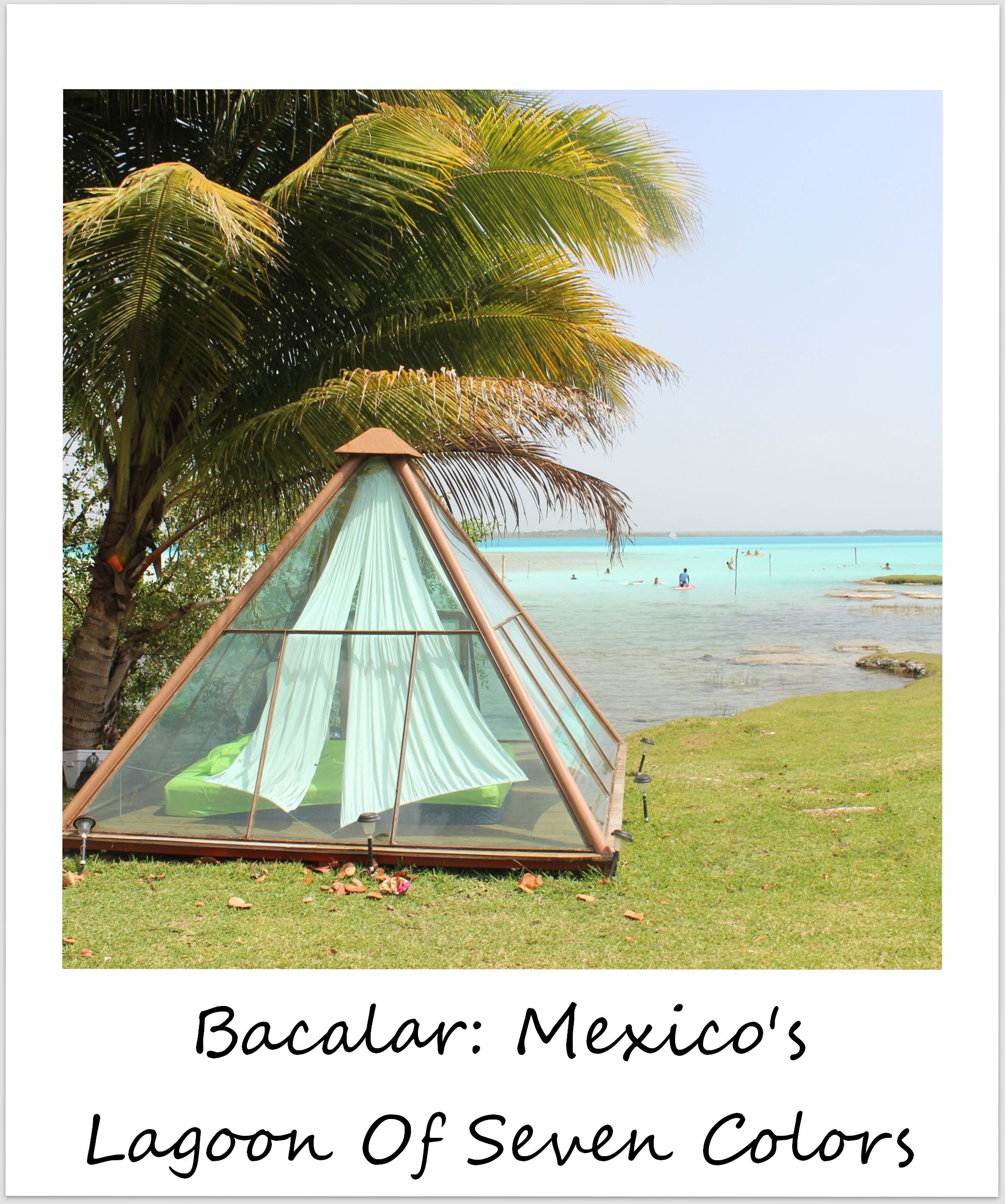 Have you ever heard of the Lagoon of Seven Colors? This lagoon in the far southern Yucatán peninsula, close to the border with Belize, isn’t on the main tourist trail in this popular area because it is quite a drive from Playa del Carmen or even Tulum, which are very much the center of the Yucatan’s tourist trail.

I wouldn’t have known about Bacalar had I not lived in a small fishing village not far from there for a couple of months in 2012. Back then, I had to pass through Bacalar on my way to Chetumal, the border town with Belize, every time I went for a big grocery shopping.

I have to admit though that, since I was living right on the Caribbean, I never made an effort to truly explore Bacalar and the beaches of this marvelous lagoon, which is the second largest lake in all of Mexico. Having my own private beach with ocean views that offered similarly mesmerizing shades of blue, I never felt the need to spend much time in Bacalar.

Luckily, this oversight has finally been rectified. I was not only completely smitten by the lagoon with its beautiful blue-ish tones, which result from the varying amounts of sand on the bottom of the lake, but also by the little town itself. Small Mexican restaurants blend in effortlessly with hipster L.A. style gallery /cafes and fancy lagoon-side eateries where you can swing in hammocks right at the shore. Because the lagoon is such a unique feature, Bacalar was rewarded the ‘Pueblo Magico‘ status, making it one of Mexico’s famous ‘magic villages’, of which there are now 111.

There is only one small free public access to the lagoon, but we found two good beaches that are well worth paying for (one of them was only $0.50, the other one around $1.10 – so those were almost free, too!). One was a bigger camping area right in the center of town which had a long pier into the lake and a couple of man-made wooden islands to sunbathe on. The other one was a smaller camping area outside of town where you have some swings right in the water! This is where I took the above picture of what might be the most scenic tent I’ve ever seen.

Admittedly, I am not a big fan of camping, but this tent, in its glorious location, would convince even me to spend the night!

I don't love camping, but I might make an exception there. Looks amazing!

Right?? Even I, the absolute anti-camper, would've stayed there ;-)

[…] Yellow City; Campeche, a coastal town filled with pastel colored Spanish colonial buildings, and Bacalar with its spectacular lagoon, which I somehow blissfully ignored when I lived in nearby Xcalak a few years […]