It’s been a while since I last spent an entire month in only one place but in October, I sat still: I spent the entire month in Seattle! Except for a few visits to Tacoma, I didn’t leave the city limits. That doesn’t mean it was a boring month though: In the past four weeks, I explored as much of Seattle’s many neighborhoods as possible. 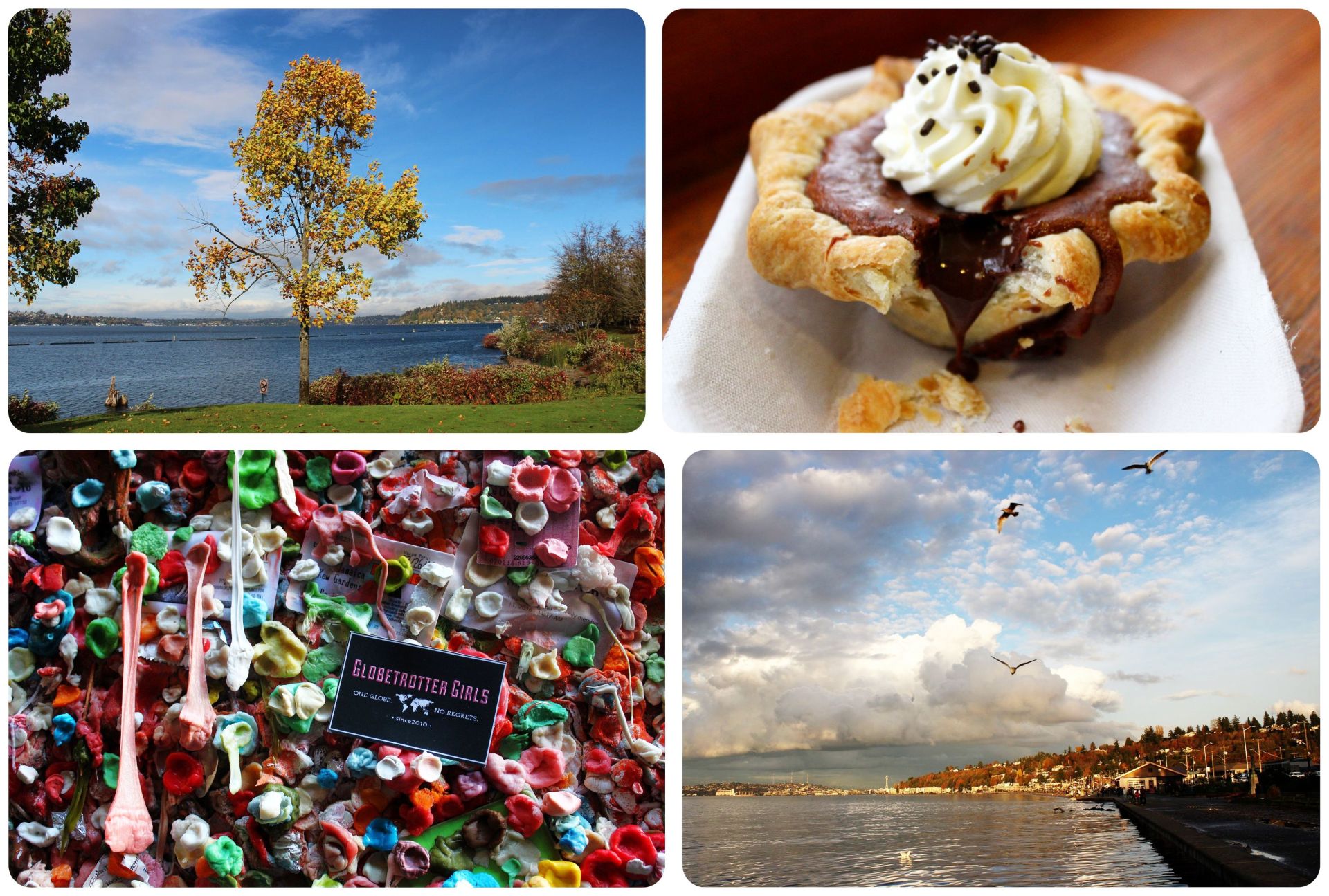 October was interesting, to say the least. From not knowing at all where to go after Seattle, to making awesome travel plans, only to have them fall through two days before my scheduled departure from Seattle. I am going to be honest here: October has been somewhat of a difficult and challenging month – more lowlights than I’m happy about, but I guess that’s all part of the journey. The still (!) ongoing issues with my website caused me tears, grey hair and me almost giving up on this little website, but instead I pushed through and it looks like all web-related issues are finally resolved (I changed to a different hosting plan because the site had outgrown my previous one). 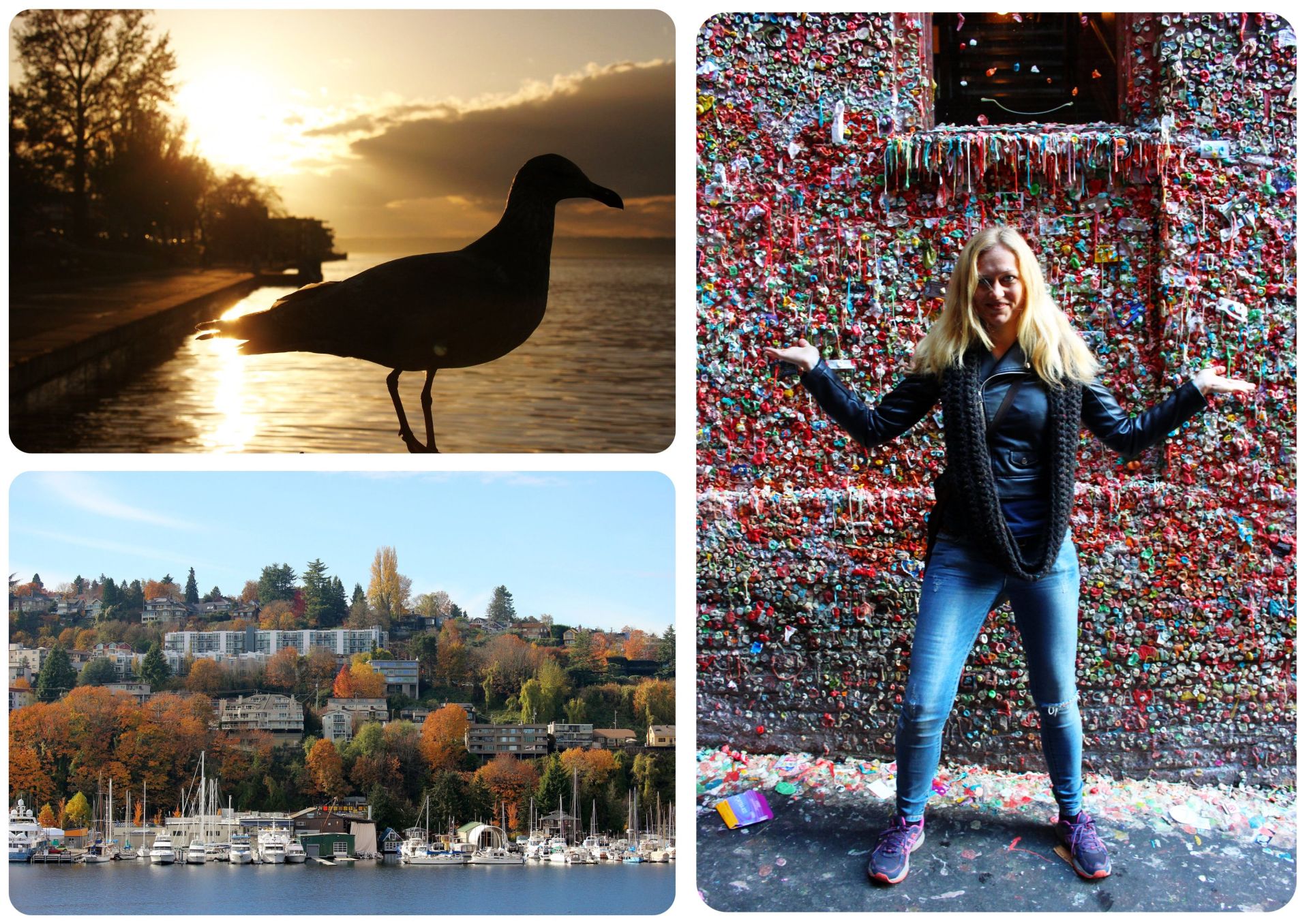 Luckily, Seattle has been equally as rewarding as challenging – it was my first time here and I had been looking forward to exploring the Pacific Northwest for a while. However, the weather gods weren’t on my side this month. The weather was miserable for most of October. On Friday I heard on the news that it was the wettest October since the beginning of weather recordings. Often, my sightseeing and exploring plans were rained out. I had forgotten how much this can influence my mood – and not in a good way. It reminded me a lot of the dreadful fall weather I’d endured for four years while living in the UK – a good reminder why I left London in 2010. 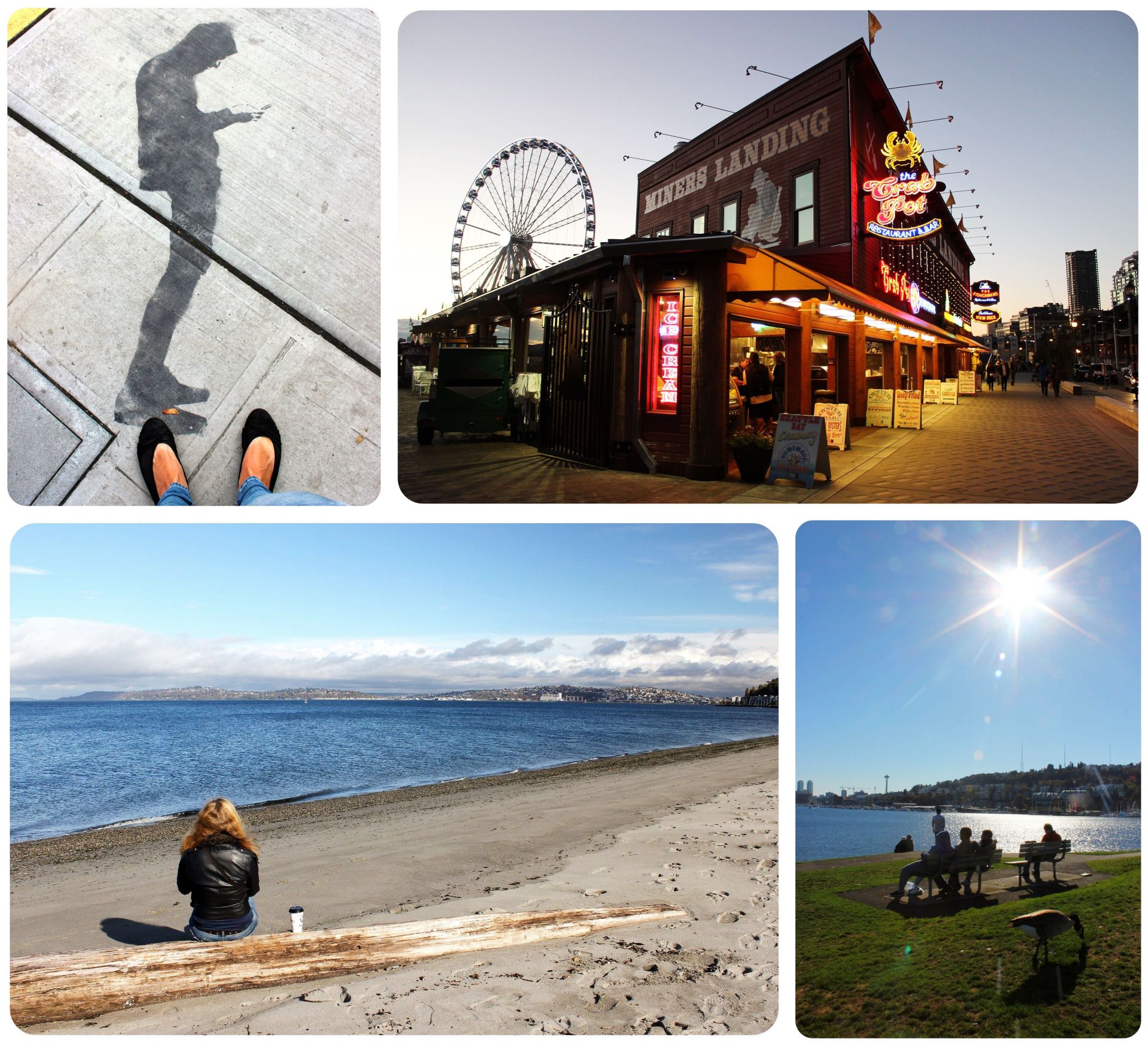 Whenever the sun decided to show itself, I had an amazing time in Seattle, and tried to make the most of it by visiting beaches and parks, explore different neighborhoods around town, and meet up with friends. Let’s look back at the highlights first: 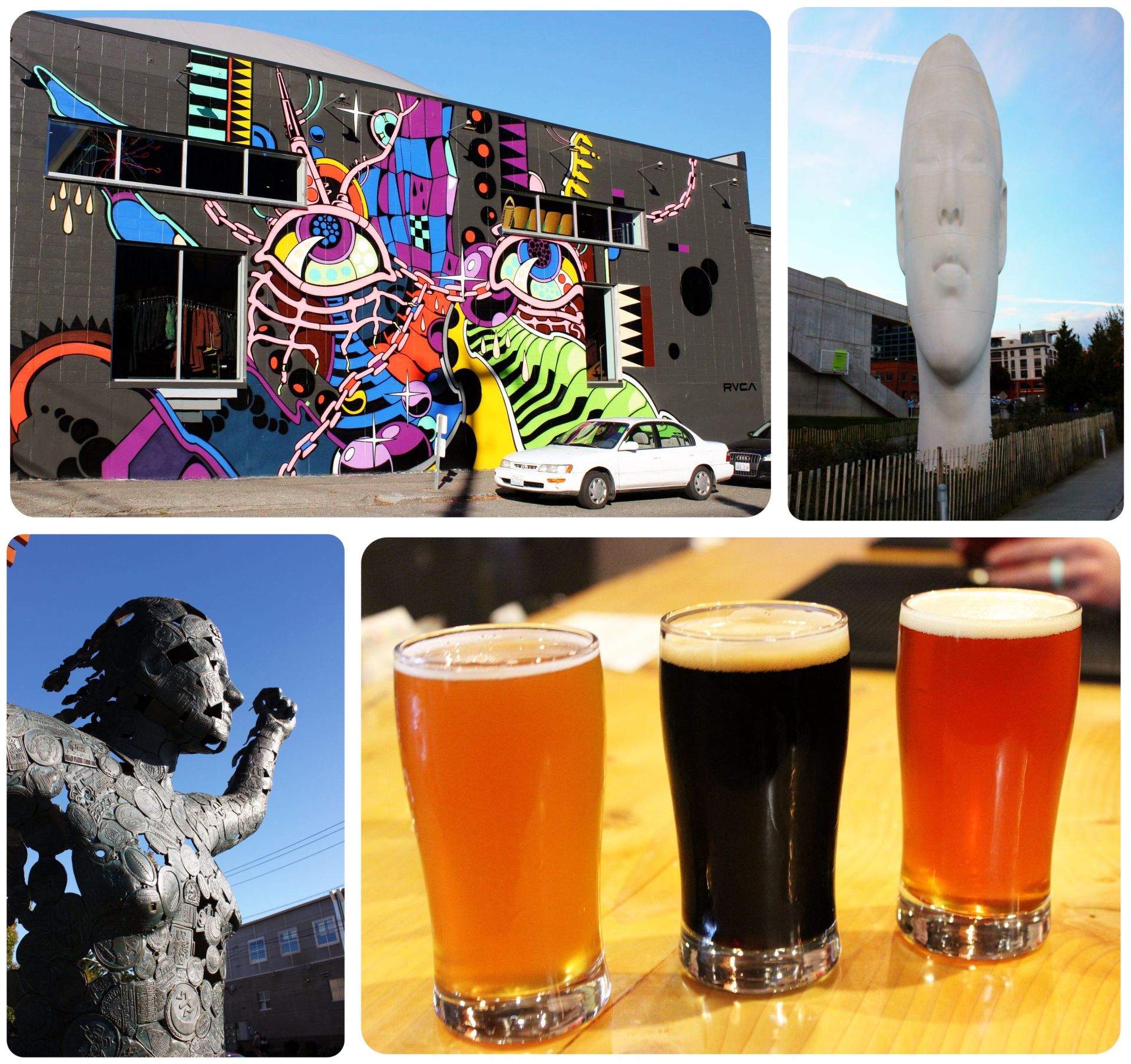 Hanging out with some of my favorite people

One of the reasons why I wanted to come to Seattle? Because I happen to know several people who live here, who I was keen on visiting, including the cutest babies on the planet. And much to my delight I later found out that even more awesome people would be in town during my stay here, including Katie, who already came to see me in Tucson earlier this year, Dalene and Pete (two of my favorite bloggers, and two people who I absolutely adore) and Brock, who I had missed this year several times – he was on his way from Mexico to Colombia when I headed to Mexico from Colombia and I missed him in New York by a mere day. With Brock, I got to go on the awesome Boos and Booze Tour that our friends Chris and Tawny run in Tacoma, (and who took me out to my first ever pumpkin patch, see below) and with Katie I ate as many doughnuts and pies as humanly possible. 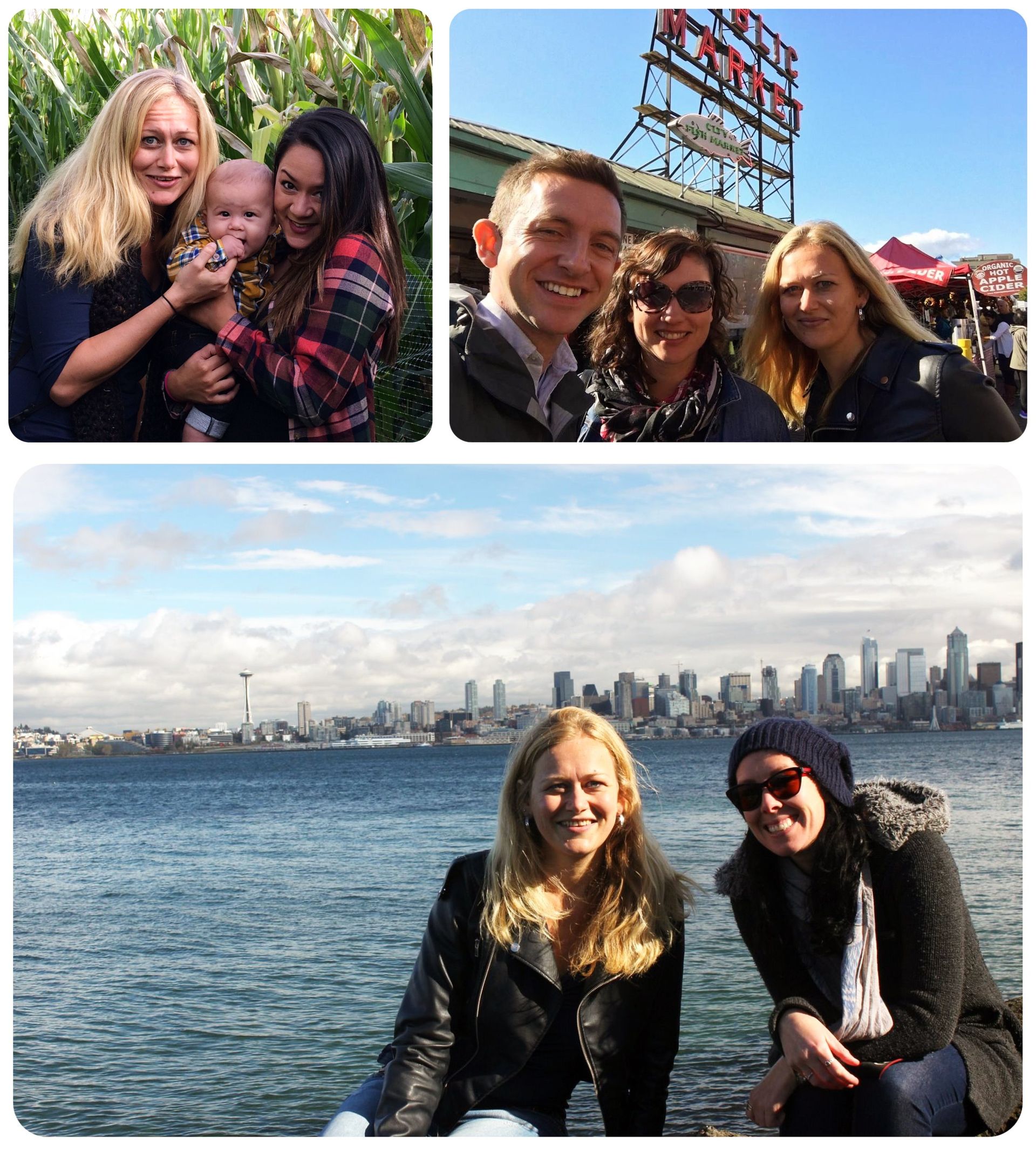 Of course I also made some new friends during my stay, and actually met some really interesting people. I have to thank Tarun for taking me to my first ever bikini barista espresso shop (um, apparently that’s a thing here in Washington State!?), Shannon for the lesbian bitch session, Eric for knowing all the best coffee shops and for telling me about Seward Park (which became my favorite running spot in the city), and so many more. Without all these guys I wouldn’t have bar crawled around Capitol Hill, tasted local craft brews in Fremont, explored Kubota Gardens, found the little known Joe Block Park with its great panoramic views over downtown Seattle, or gone out to Snoqualmie Falls, to name just a few things. 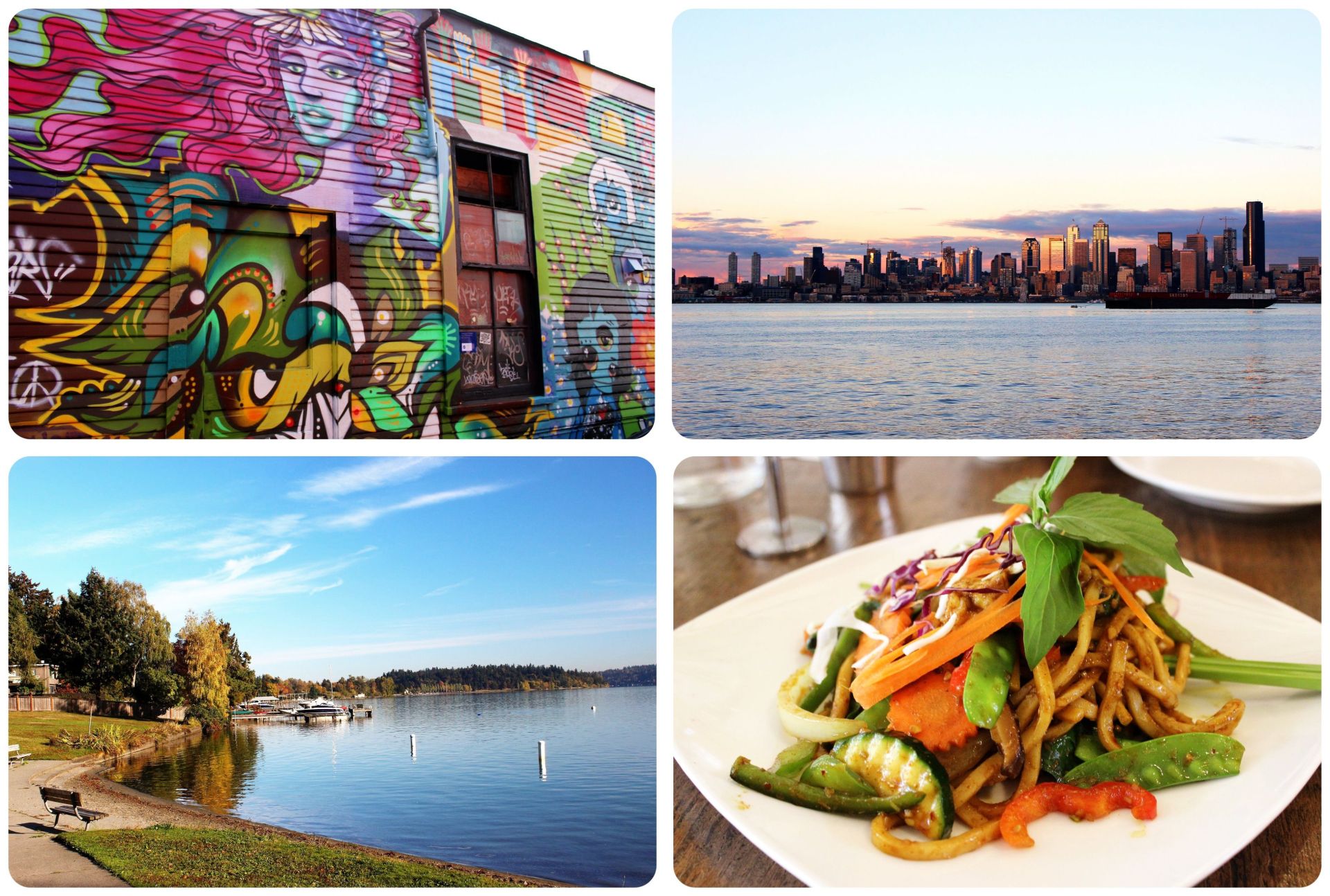 So much good coffee

The weather might not be the best in Seattle, but luckily there are enough coffee shops to duck into when it rains – 1,692 to be precise. I knew that coffee was big in Seattle, but to be honest, I had no idea just how big. In addition to bigger chains (Starbucks, ahem), there are too many coffee houses to try in four short weeks – I feel like I’ve only scratched the surface! There are 253 coffee shops per 100,000 residents in Seattle, and more coffee is consumed here than in any other U.S. city. Being a huge coffee lover, I was more than happy to try as many coffee shops as possible. 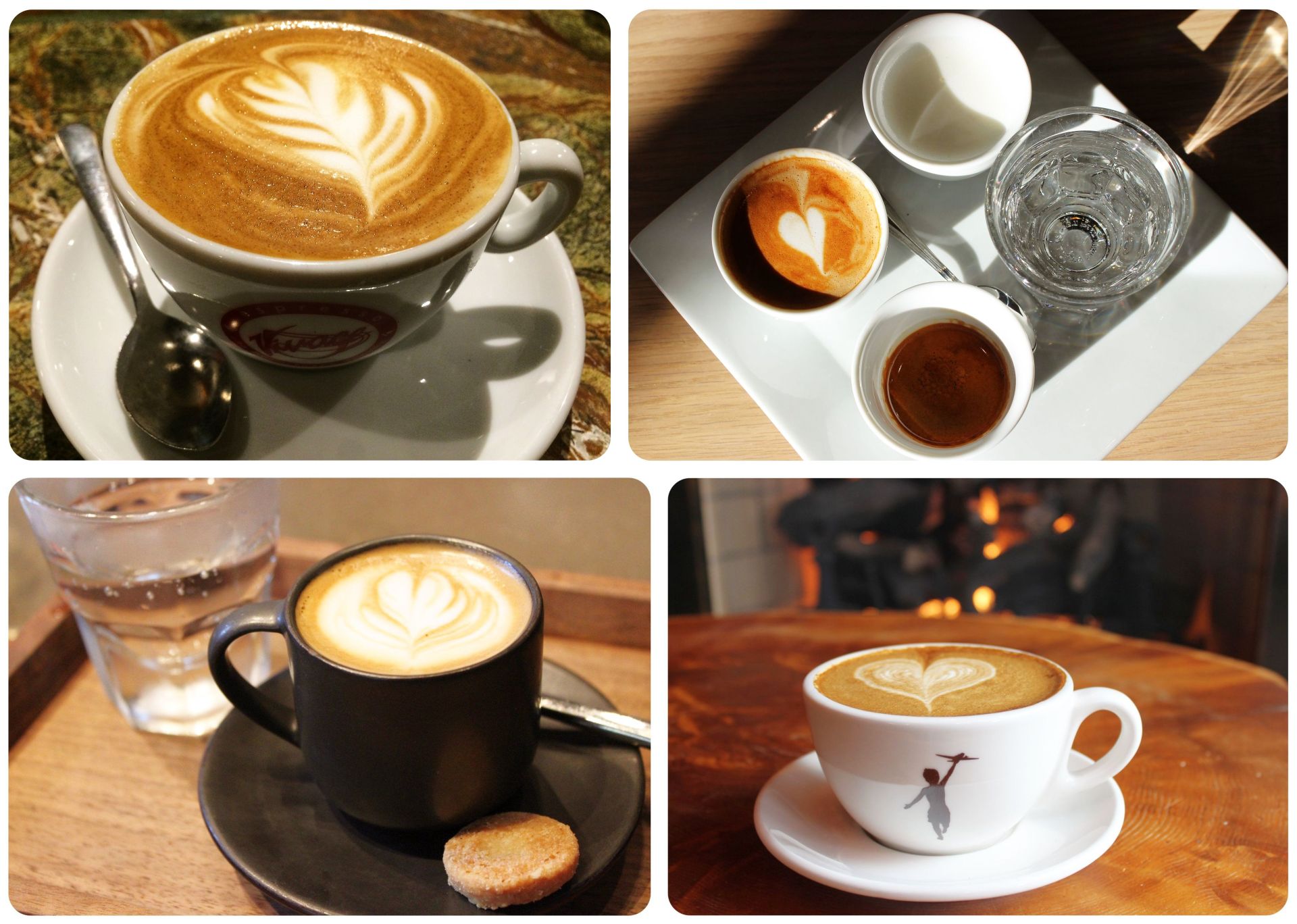 I’ve already dedicated a Polaroid Of The Week to this, but I just want to highlight it again: I visited my first pumpkin patch and had such a fun day out at Maris Farms with my friends Tawny and Chris. Roasted corn, a corn maze and apple cider, plus the hilarious goat walk and more bikini baristas on the way there and back (I will probably write a separate post about bikini baristas, so you’ll have to wait to see pictures…) – it was such a fun day! 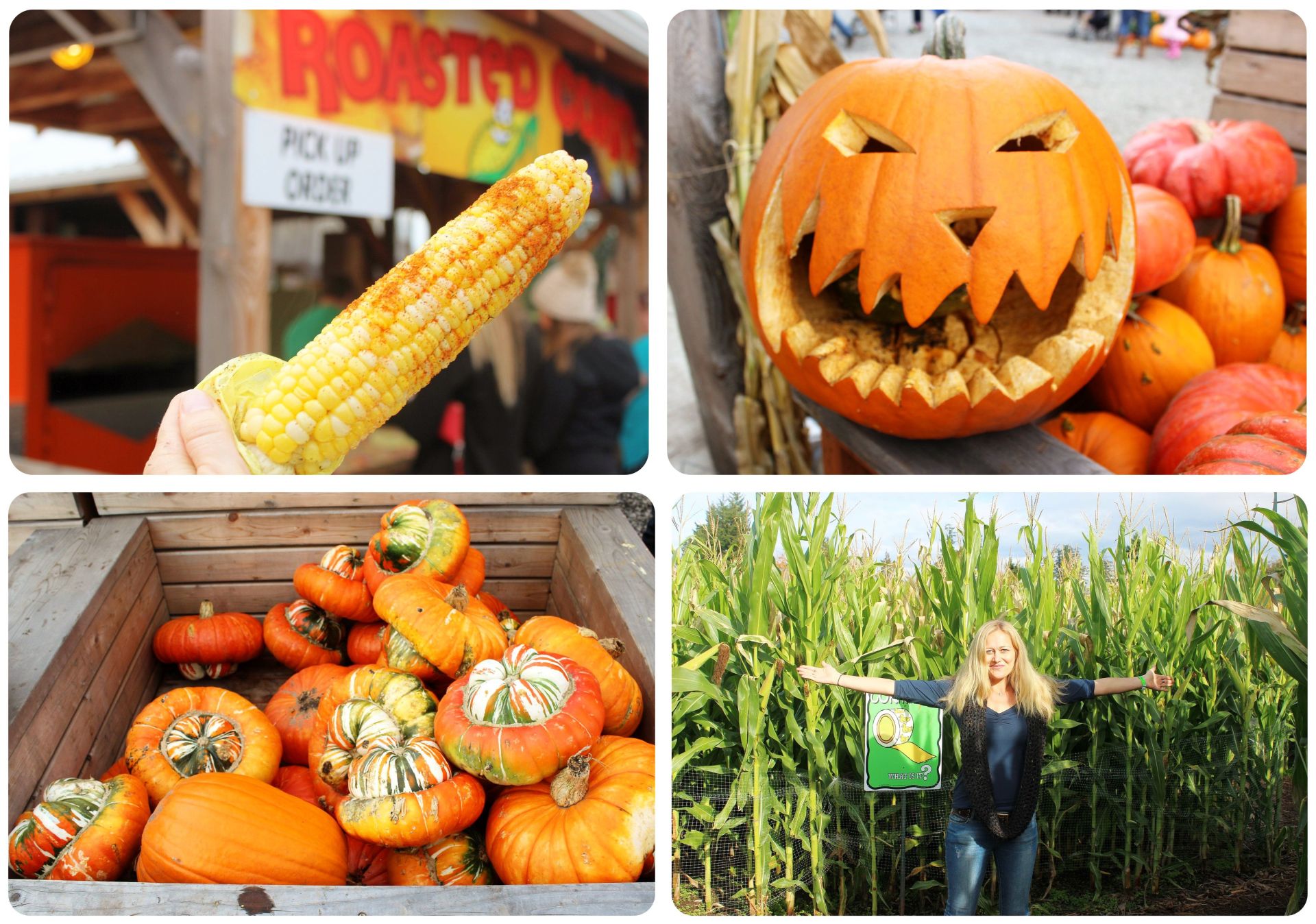 On that note: I don’t know when I started to love fall so much, but pumpkin carving, Halloween, the colorful fall leaves and apple orchards make me so happy! While fall surely isn’t always great, especially in the Pacific Northwest (see lowlights below!), it does have it perks: the colors of the changing leaves are just so beautiful, especially when you’ve got clear blue skies, making for a great contrast to the bright yellow and red leaves. I can’t get enough of the vibrant autumn colors – but I will never be okay with pumpkin spiced-everything. When did we have to eat and drink everything pumpkin-spiced in the fall? That said: I had a really good pumpkin spice IPA beer in Tacoma 🙂 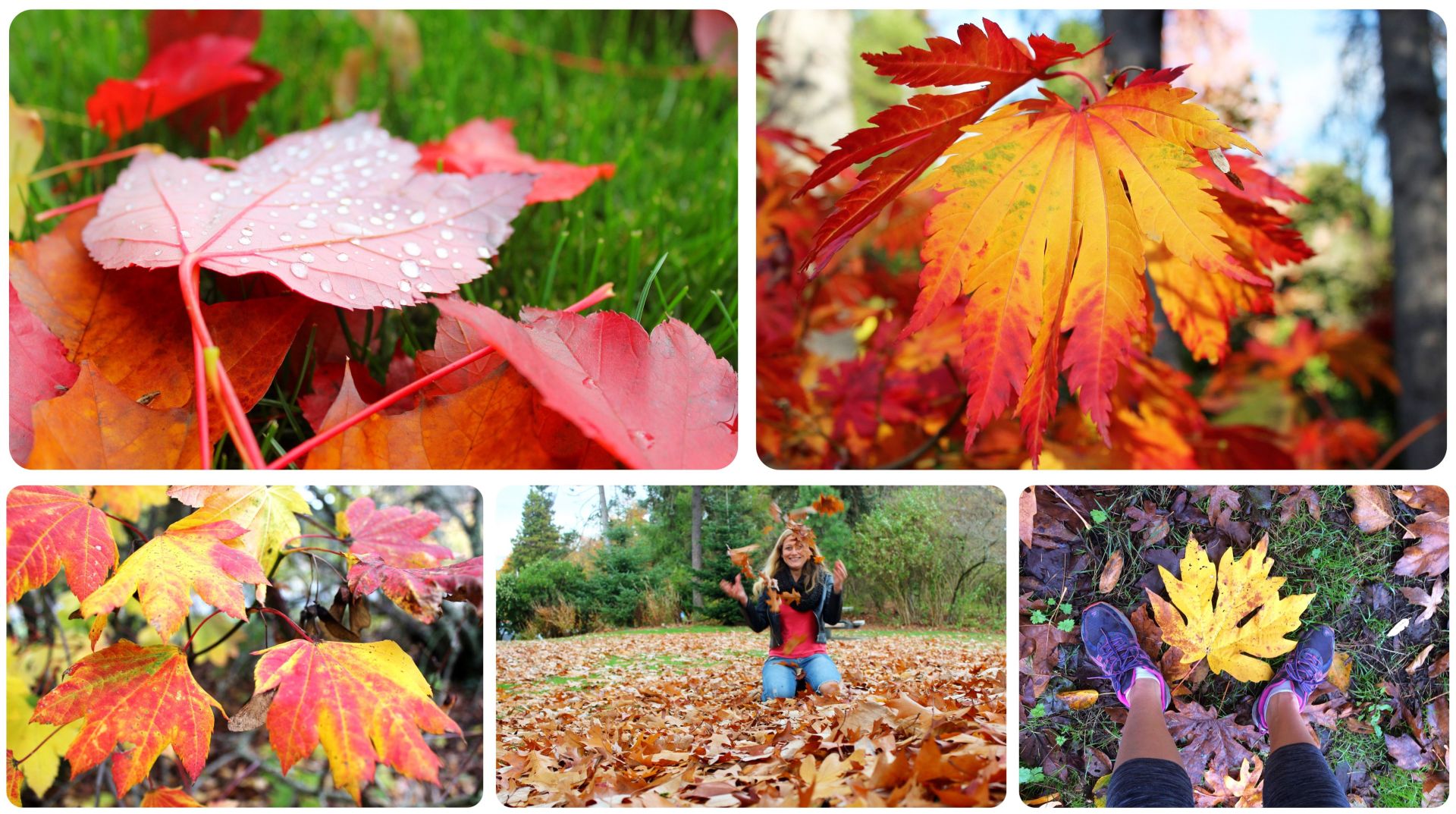 This month was much pricier than I expected it to be: First I had to replace my broken phone (see last month’s roundup), and then an incident happened that I could have done without: I hit a car. I am still beating myself up about it. After driving so much this year (I had a car in Austin, in Tucson, in L.A., in Mexico and in Germany – all incident-free!), one should think I’d had driving in reverse figured out by now.. but apparently I have not. 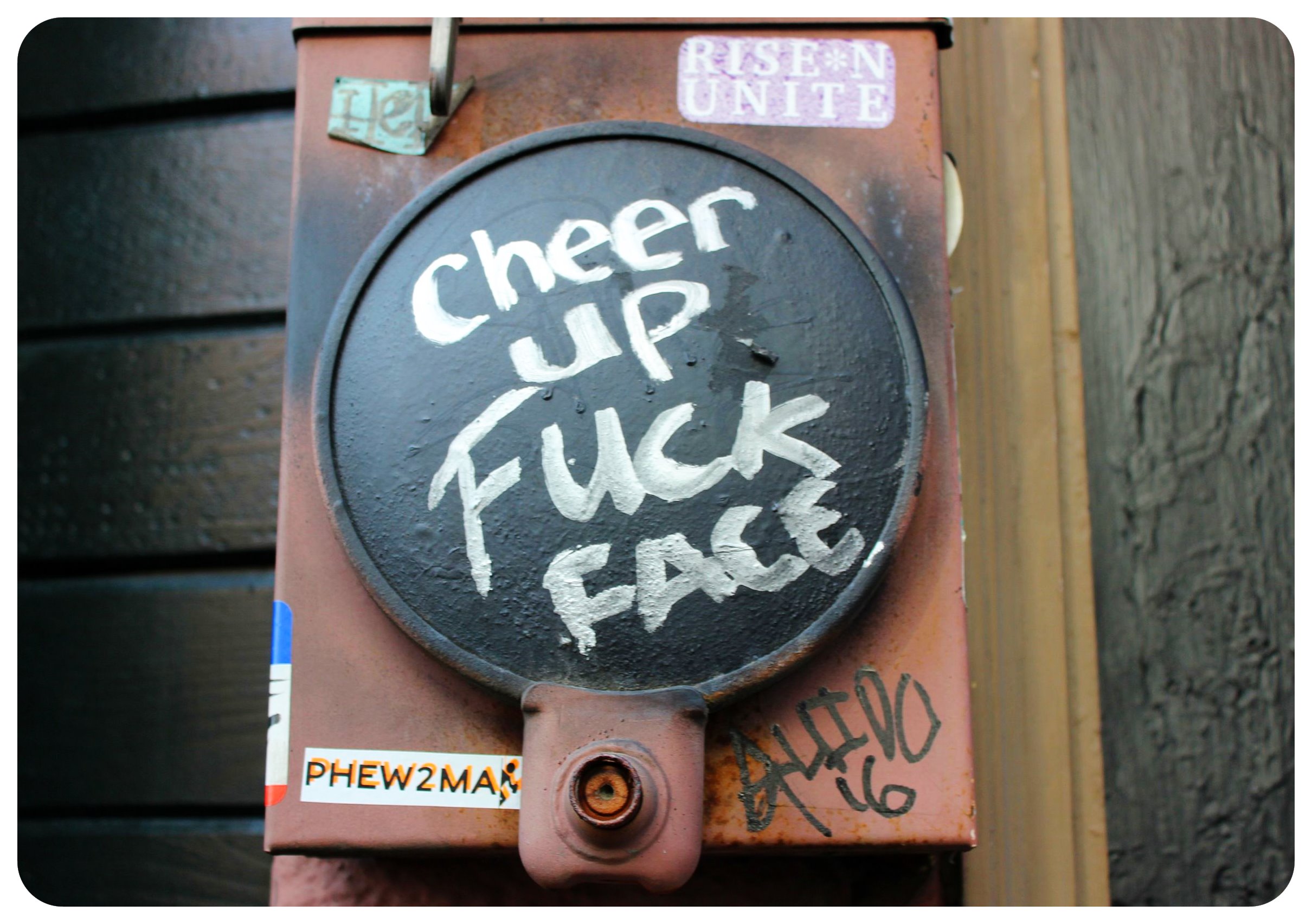 One thing I found really difficult this month was dealing with all the rain. I’ve already mentioned it several times, but yes, I admit that I would’ve had a much better time in Seattle had it been less rainy, wet, grey and cold. 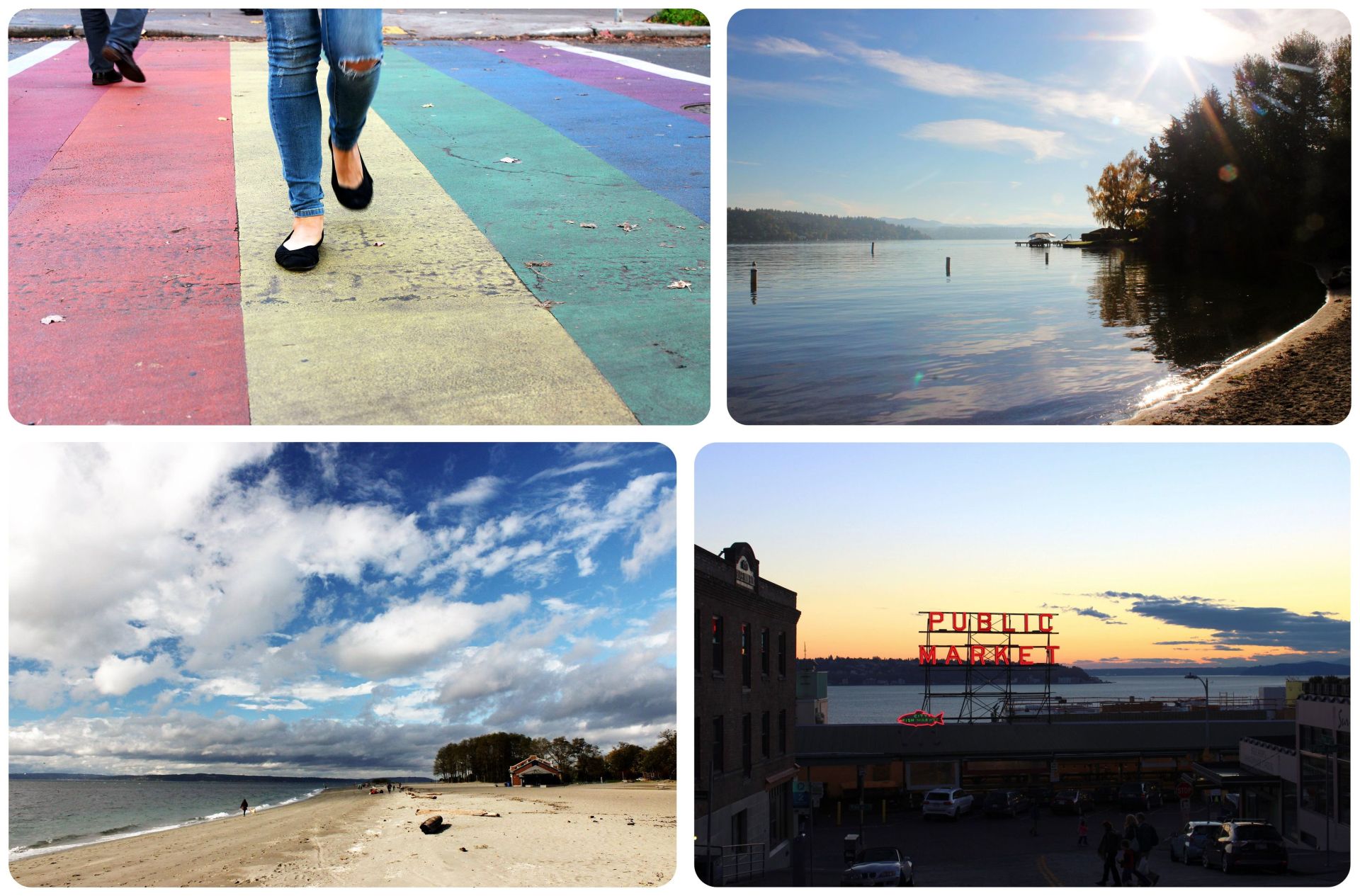 When the sun shines, Seattle is gorgeous!

Dealing with a short-notice flight cancellation

I was supposed to board a flight from L.A. to Istanbul on 2 November, where I was going to attend a travel conference at the end of the month. I decided to base myself in Istanbul for the entire month and take a couple of trips from there (including a quick trip to Germany to surprise my family). However, the conference was postponed until next spring, which I only found out two days before my scheduled flight. I don’t think in all of my years of traveling I’ve ever felt stranded like this. 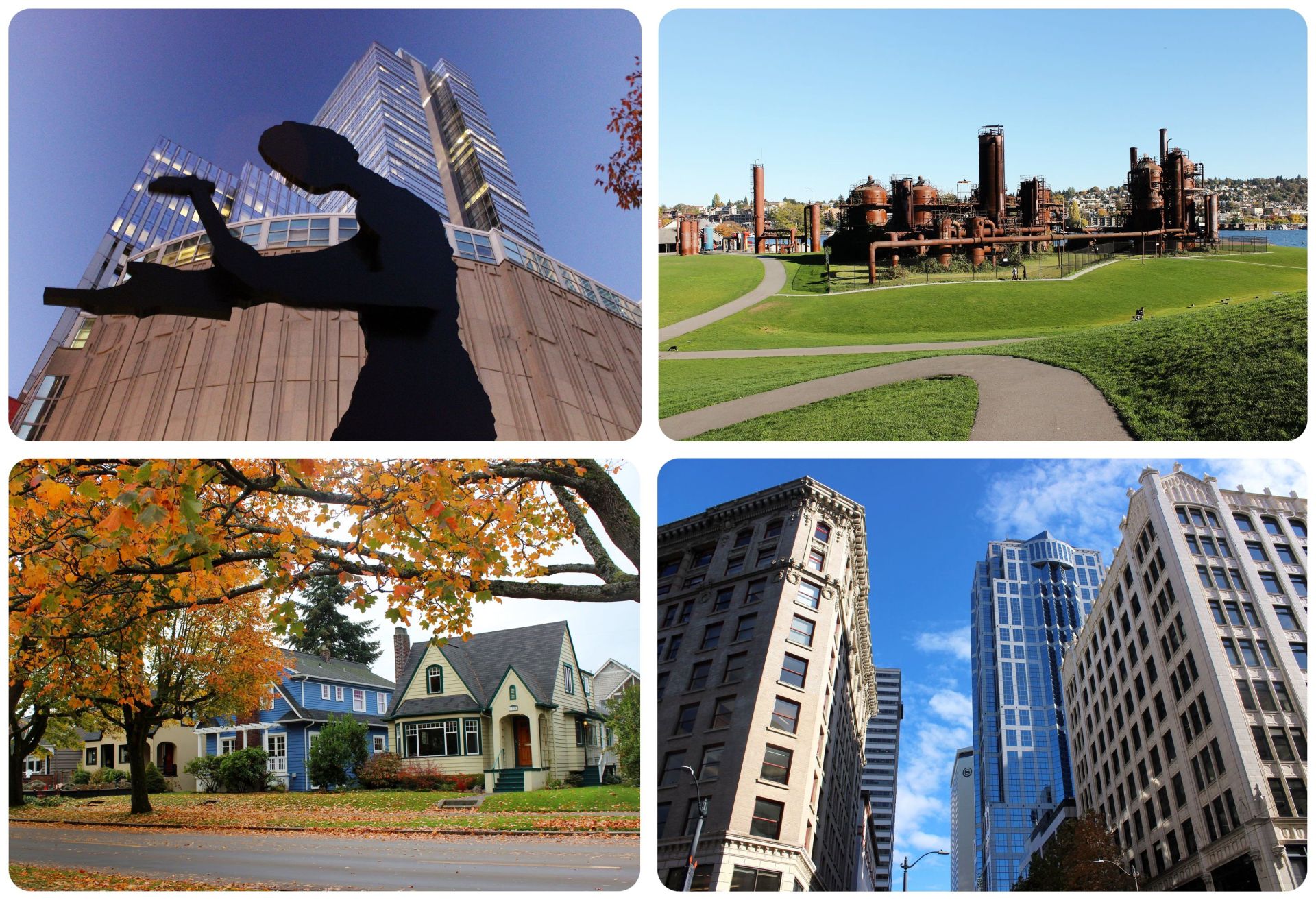 More time in the Pacific Northwest instead?

The LGBT Travel & Lifestyle Magazine Connextions featured me and nine other LGBT travel experts in their ‘Travel Heels’ issue – check out the online issue of the magazine here for the interview. 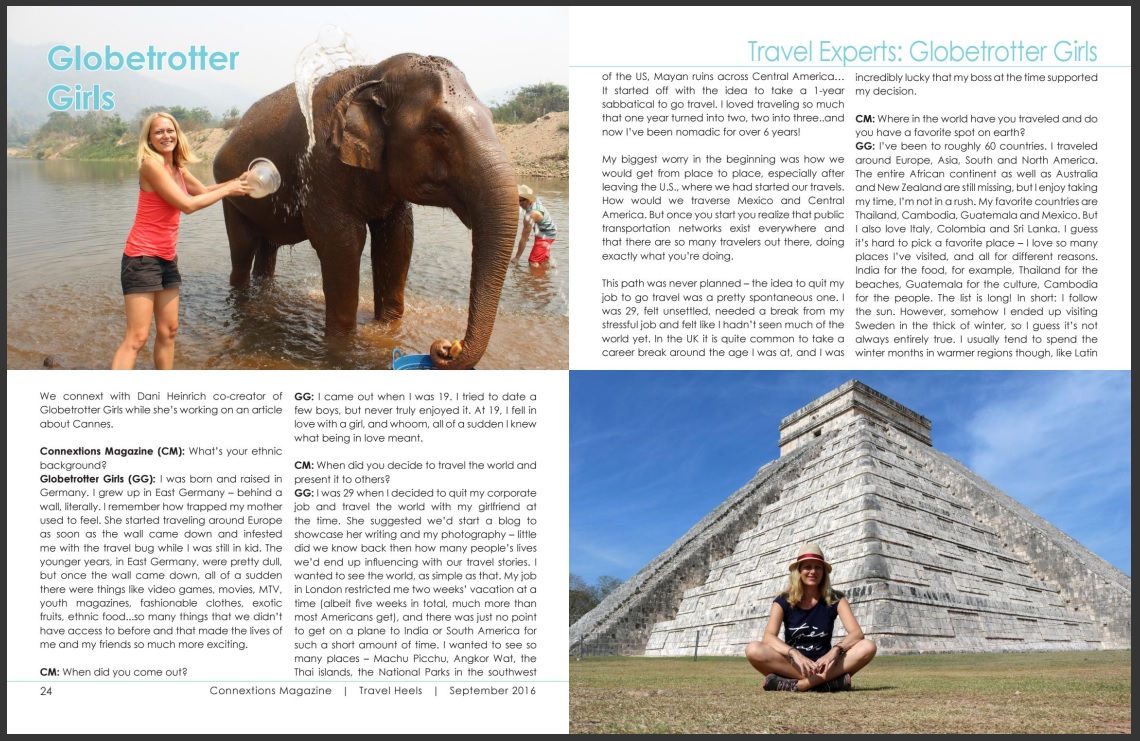 If you’ve read last month’s round-up, you might remember that I briefly mentioned ‘tiny house living’. That’s where I spent my month in Seattle: in a beautiful tiny house. I’ve been fascinated by the tiny house movement for a while now and when the opportunity arose to try tiny house living for a month, I couldn’t pass it up. I am a minimalist, after all, and wanted to know how I’d feel about living in a very small space, because even though I can fit pretty much everything I own in a couple of suitcases, I never lived in a tiny space like that. Because that’s how small it is – tinier even than a New York studio. The verdict? I’d totally live in one again, but I think a month in a tiny house is my limit. While I didn’t miss having a lot of space (although working out in the tiny house was pretty difficult), I missed having a big kitchen and a big oven. The tiny house only had a convection oven and two stove tops, which limited me in my cooking and baking activities, but other than that, I was amazed to see how much you could fit in such a small space, and how cozy it was. 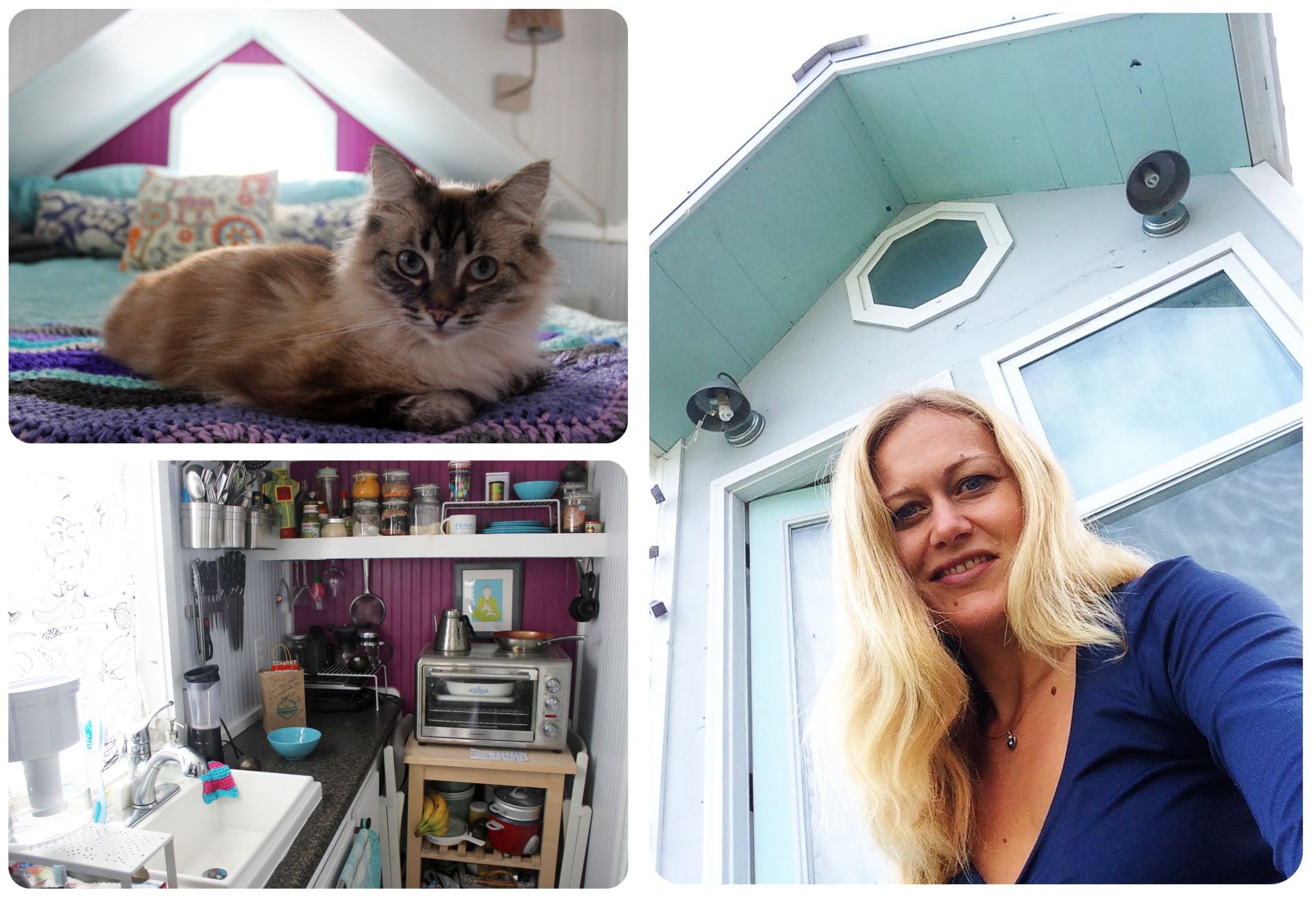 To be honest, now that my planned month in Istanbul fell through, I haven’t really figured out what to do instead. I have a flight to L.A. on 2 November, from where I was supposed to fly to Istanbul. I’ll be now spending a few days in Los Angeles instead, and hopefully come up with a plan where I want to spend the next four weeks. I can’t tell you where my next round-up will come from, but I have a feeling it’ll be a sunny and warm place 😉 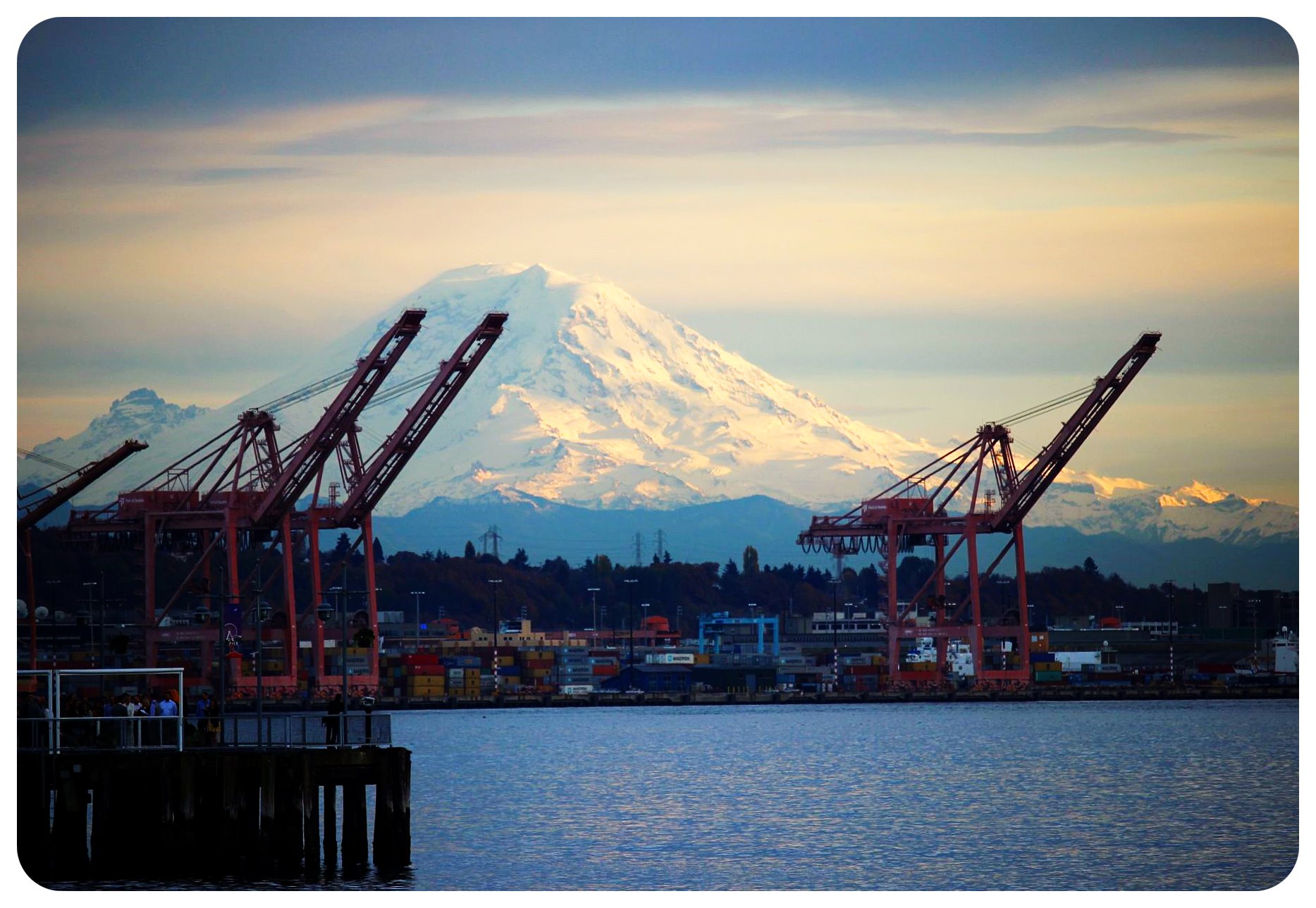 I never made it to Mount Rainier. Guess I’ll have to return to the Pacific Northwest one day… 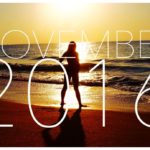 […] leading me to Puerto Vallarta eventually, where I am writing this now. You might remember from last month’s round-up that I was basically stranded in the U.S. after my trip to Istanbul fell through… read on to […]

[…] combined with my favorite city in the world? Perfection! I was really bummed out when I spent October 2016 in Seattle, where it rained so much that I barely had any time to truly enjoy the fall foliage or […]

I'm not sure what FB group do you mean, but you can add me :)

I was also going to Istanbul for the conference before I found out it was canceled! I'm traveling in Albania and Bulgaria at the moment so I'll still visit Istanbul, it's so close. I just found your blog and I'm happy I did! I'm also a lesbian travel blogger, just started my own blog a couple of months ago. Good to know that there are other lesbians on the road as well! :)

Hi Gabriela, thanks so much for stopping by and saying hi :D There aren't enough of us LGBT travel bloggers (are you in the FB group or want me to add you? LMK). Such a shame about the Travel Summit being canceled - I hope they're doing it in the spring, maybe see you there? :)

Such a shame it rained so much in Seattle for you. We had the same experience in Auckland NZ last month ,in fact so cold we cut the trip short and came back to Australia to the sun. Love your blog and you have inspired us to all sorts of adventures and many thanks for that.

So sorry to hear that, Lorraine :( It's crazy how bad weather can influence a trip and the perception of a place... I still remember some trips that were completely rained out and wonder how I'd felt about those places had it not poured the entire time I was there. I think I owe Seattle a second chance in the summer...