This month was a month of major ups and downs – and last week I realized that I still had no idea where I’d travel to on 1 June, when my housesit in Tucson would end. I ended the month with a near-death experience but the good news is that I’m still alive and I know where I’ll be heading to tomorrow! 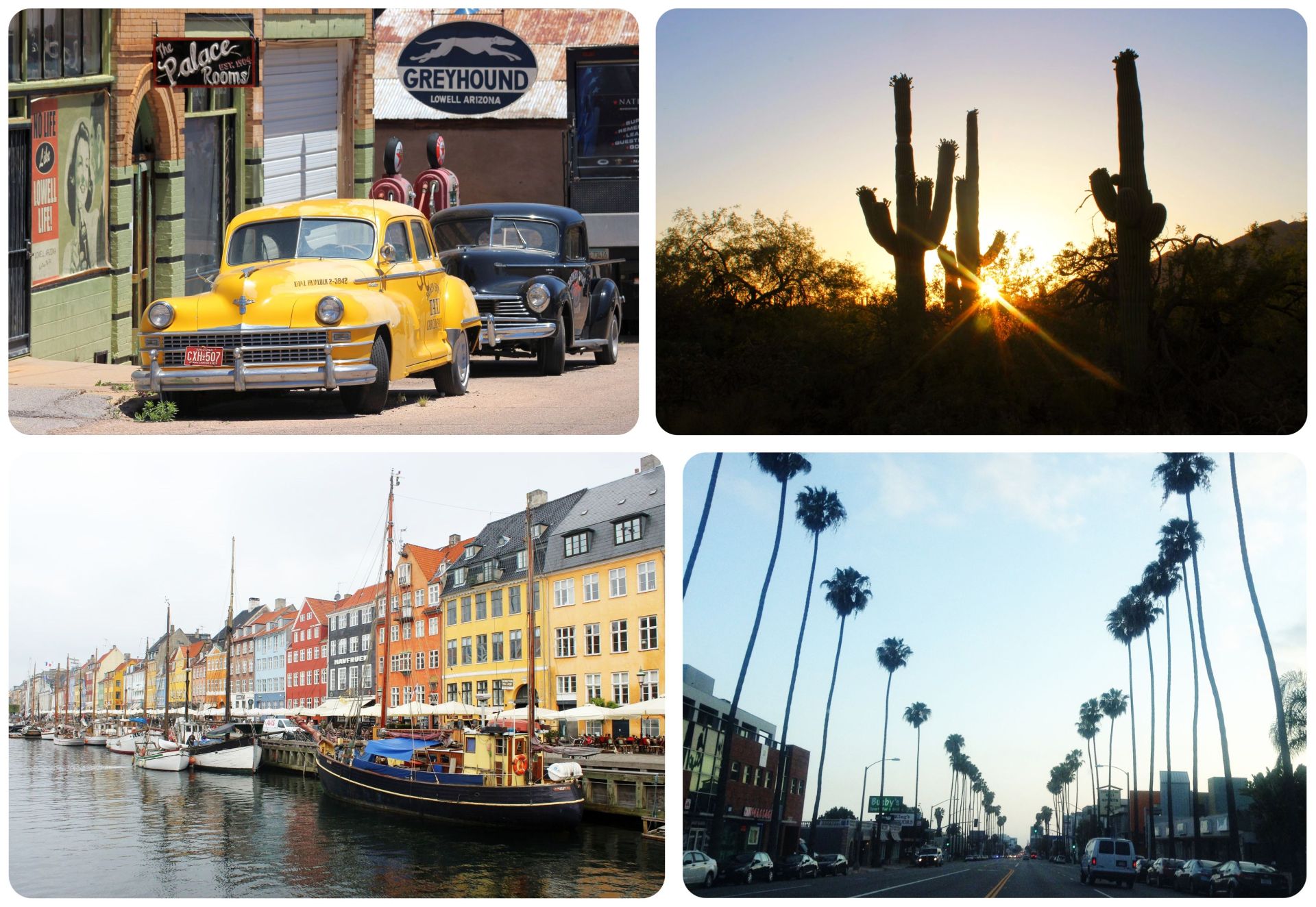 Touching down in California put a smile on my face immediately. I had the most stressful time getting there (more on that under ‘What went wrong’) but the minute I stepped off the plane, all the stress dissolved into thin air. My last week in Germany had been super hectic and I was happy about the much needed ‘me time’. I usually try to seek out cool things to write about when I visit a place and take notes of cute coffee shops, restaurants and other things I find that I think are worth talking about, but after a couple of days I found myself not thinking about work at all – instead I focused only on things I enjoyed, took some time off, went on long runs, cruised around in my Flightcar and took time to adjust to the jet lag. It felt glorious to switch off my ‘work mode’ for a few days, because that is something that has become extremely rare. I guess I was ready for a vacation and wanted to simply enjoy myself without having to think about articles I’d have to write, take notes, or bring my camera if I didn’t feel like it (and I ended up bringing it only half the time, which is another rare occurrence). I deliberately booked a room in Santa Monica, a block from the beach, instead of Downtown L.A. or Hollywood, because I wanted to enjoy the ocean during my stay. Best decision I could’ve made! 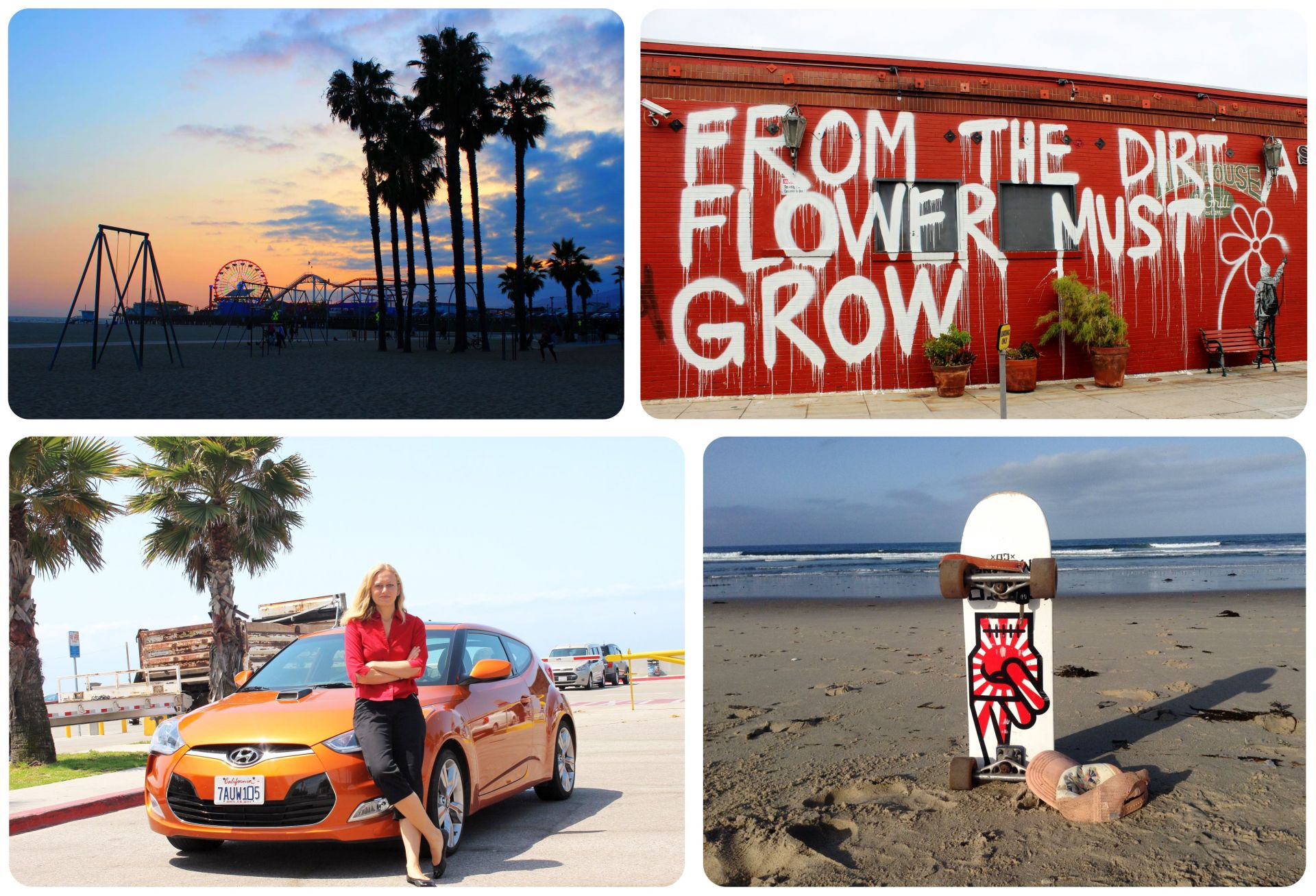 I also couldn’t be happier about my decision to return to Tucson for another housesit – and this time around, with a first-time Arizona visitor in town, I got to revisit all my favorite places and see them with new eyes, plus explore new places I hadn’t been to yet during previous visits. This month has confirmed once again just how much I love the desert. I already touched on all the places I visited in this week’s Polaroid, and will share more about my favorite places in Southern Arizona soon. 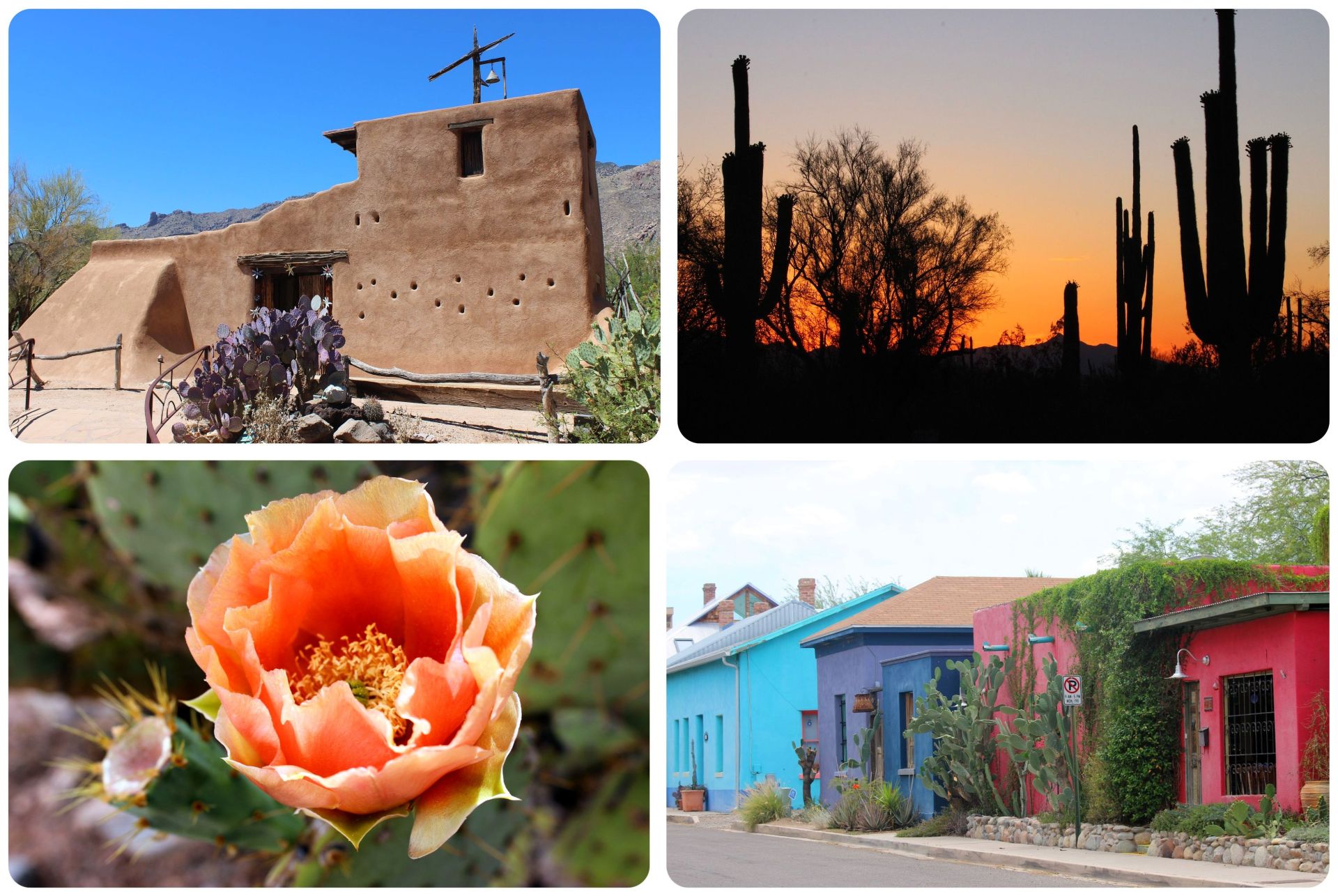 My first visit to Denmark

I briefly mentioned in last month’s round-up that I’d have a day to explore Copenhagen en route to the U.S. and even though I was freezing (I had packed for summer weather, not for chilly Scandic weather) I loved exploring Copenhagen and got a nice taste of the city. Of course a day was nowhere near enough to thoroughly see Copenhagen but now that I know just how close it is to Germany (about four hours), I have a feeling that this was only the first of many visits! 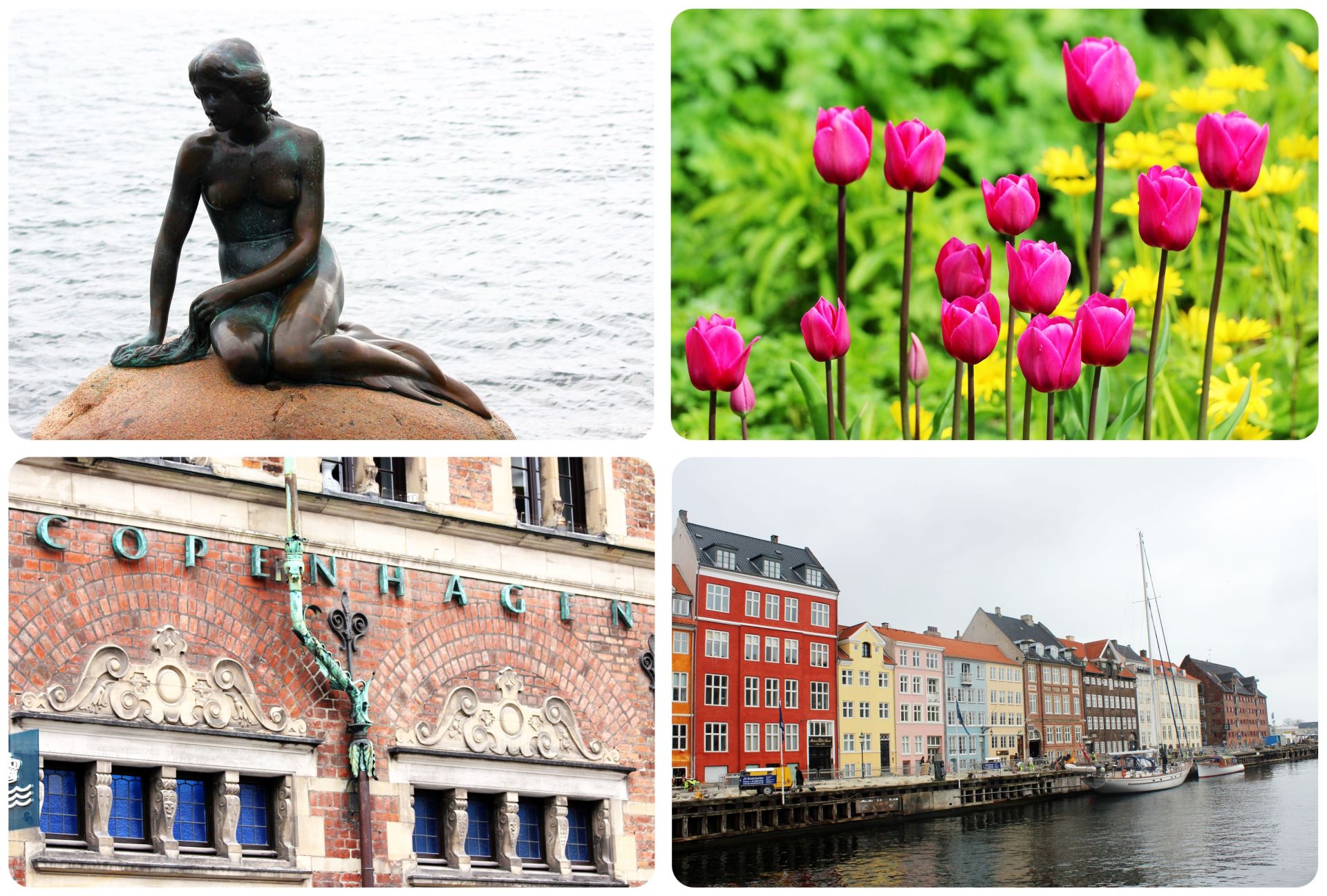 Not being allowed to board the plane

Just a quick reminder that the exact same thing had just happened to me six weeks earlier. The first time it happened, I kept my cool, but when I was told in Copenhagen I couldn’t board my flight to LA because I didn’t have a return ticket, I completely lost it. I sat on the floor of the airport bawling my eyes out for about an hour before I was able to pull myself back together.

I know, I should be smarter and have a return ticket, but I’ve been in and out the US so many times and was never asked for a return ticket – I didn’t even think about booking one! And to be honest, most of the time I don’t even know where I’ll be traveling to next. Last year alone I flew in and out of the States four times, and only one out of these four times did I have a return ticket. So I can’t really blame anyone but myself here, but it was the most devastating thing that’s happened to me in months, if not years. 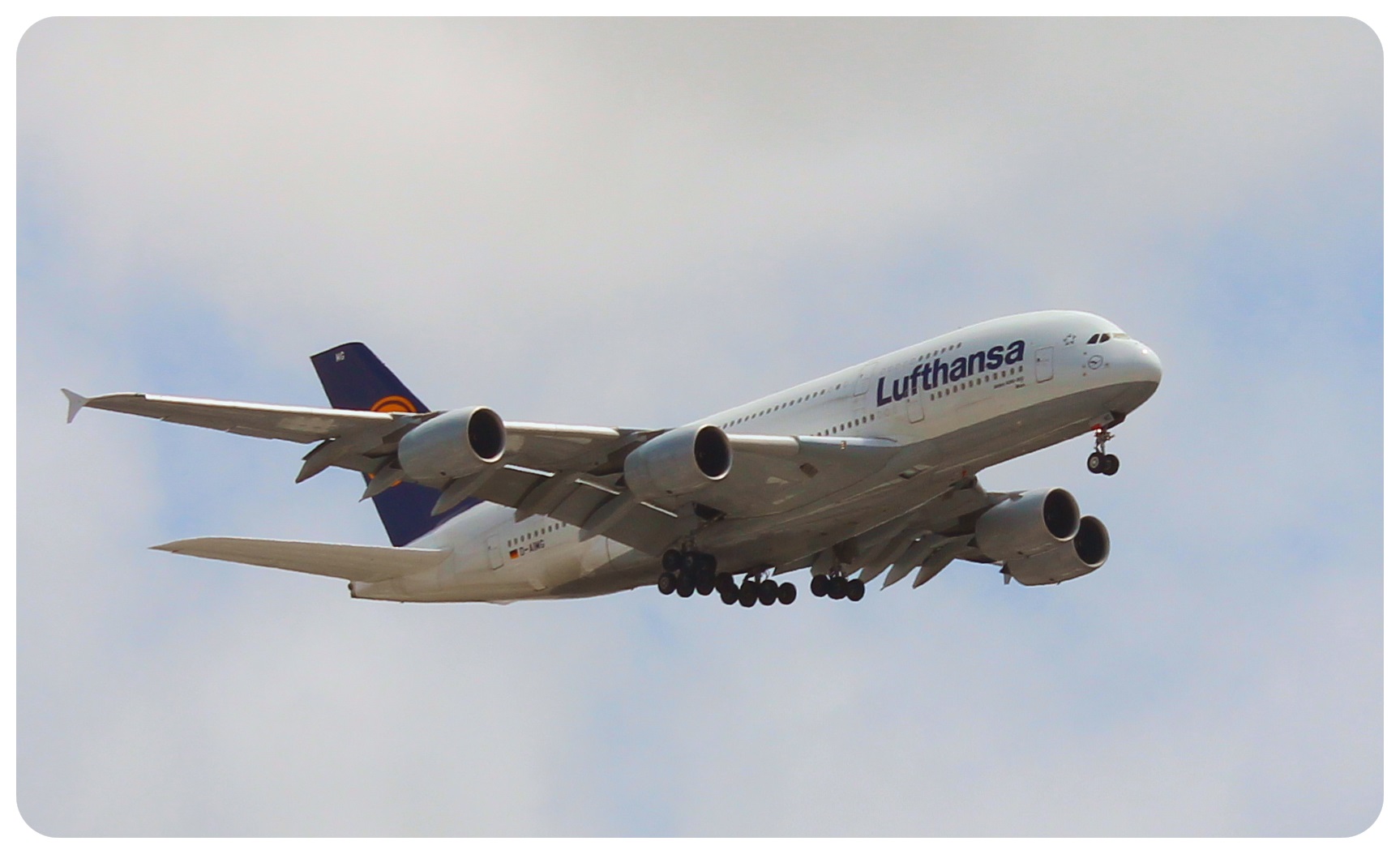 Since I am typing this in the US, I did make it to America in the end – I bought an onward travel ticket and was re-booked onto the next flight to L.A. within hours. I could’ve done without the mental stress though. I have been trying to find out if I really need proof of onward travel when entering the U.S. but couldn’t find a clear statement online – if you have any detailed knowledge of this, feel free to share it in the comments 🙂

A tire blowout on the highway

After having driven incident-free all month, I had a horrible near death experience three days ago when, on the highway, one of my front tires exploded. I was able to steer against the pull of the car towards the concrete guard rail and managed to stop the car before it hit the concrete, but the shock of the experience is still haunting me. I had to leave the dog in the car while because it was over 100 F (37.7C) outside while we were waiting for the tow truck and I was scared shitless that one of the many 18-wheelers that were racing past us would hit the car with her in it. I keep thinking about all the horrible things that could have happened and how lucky I was to get off relatively lightly. 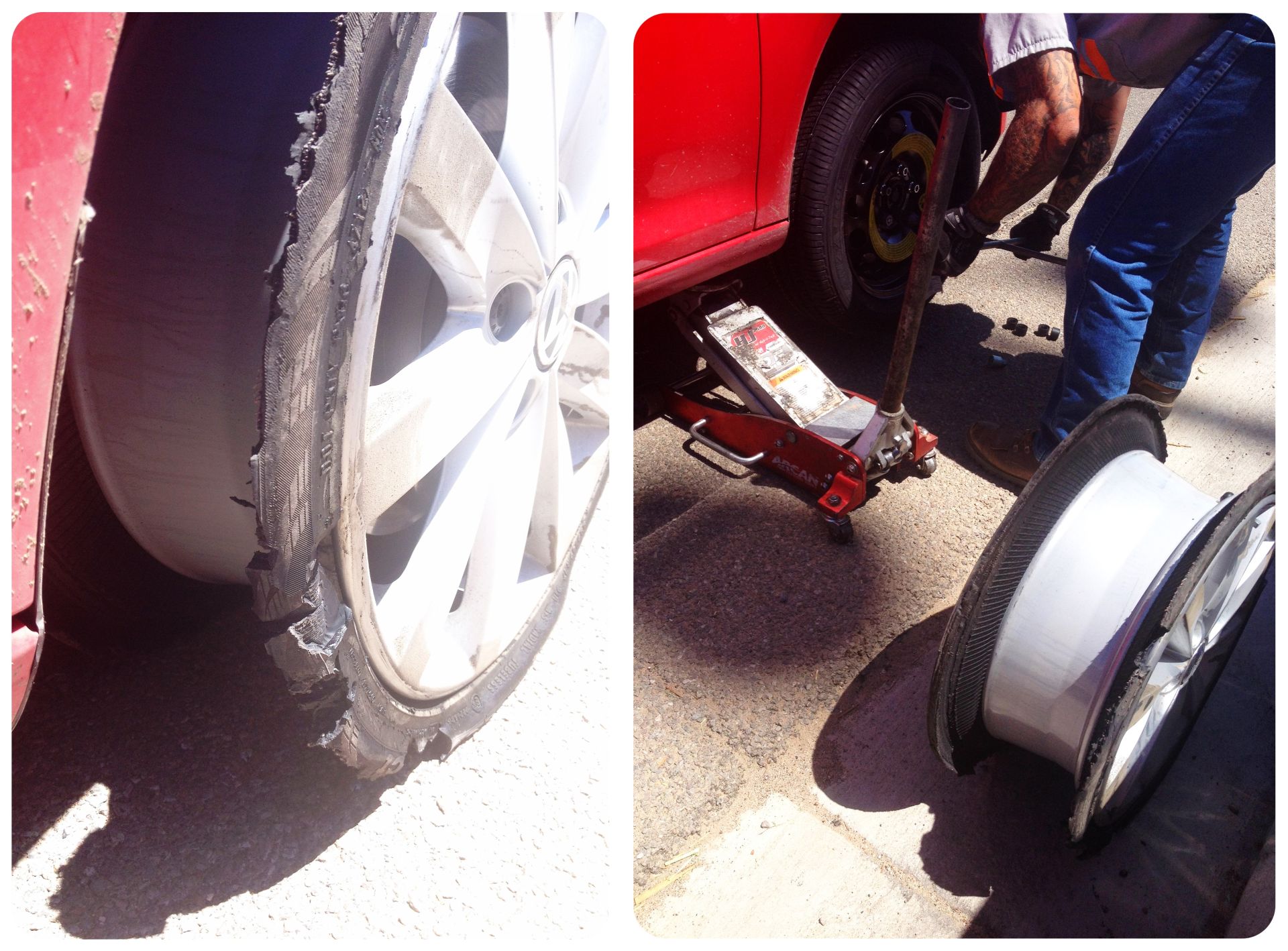 I am flying to New York tomorrow! I had other ideas for June, involving a visit to San Diego, Seattle and the Pacific Northwest (finally!), but they didn’t work out for various reasons. While I’m sad that I still don’t get to visit Seattle (next year it has to happen!) I am beaming with excitement that I’ll be in my favorite place in the world in a few hours. And it just so happened that I found a last-minute housesit in one of my favorite neighborhoods in Brooklyn where I’ll be looking after two adorable kitties. I have two more housesits lined up in New York City and can’t wait to see what else is coming up in June, but I am excited for all the things I love about New York City in the summer, including Pride, free concerts in the park, open air movies, bike rides, the Mermaid Parade and weekend food markets! 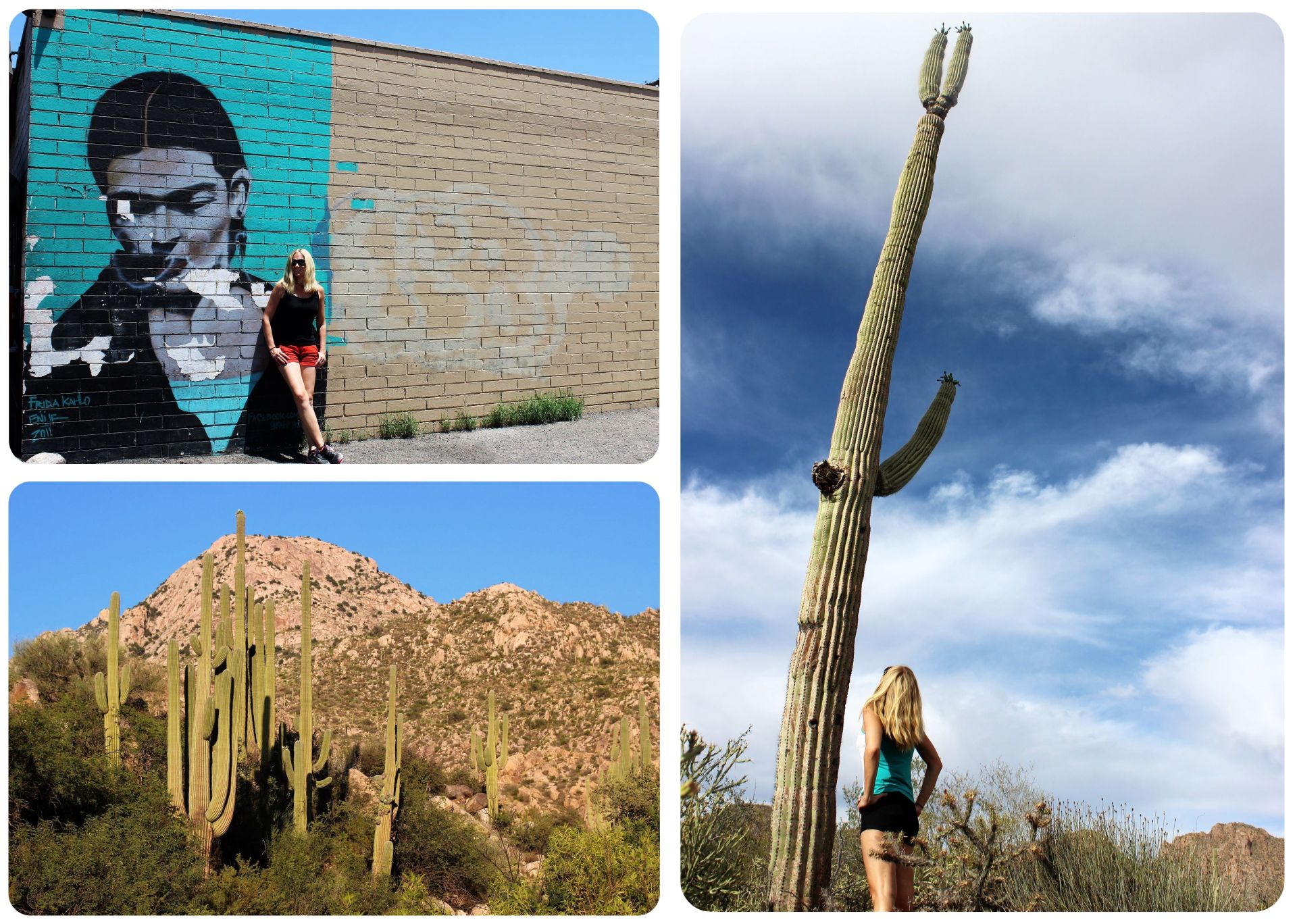 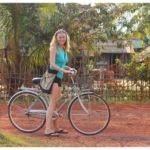 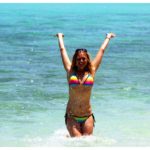 […] to be an ongoing theme in my life – not being allowed to board a flight, see last March and last May. When I was checking my bag at JFK I was told that I wouldn’t be allowed to board the plane since […]

[…] that with the near-death experience on the highway and the not-being-allowed-on-the-plane incident in May, I completely forgot to mention a major travel mishap last month: my debit card was cloned in LA! I […]

I've had trouble travelling to the US due to lack of return ticket, before! I'm Canadian and visit the States multiple times a year. Sometimes every other month! I haven't been able to find information about this in writing, either. But I'd definitely err on the side of caution and buy a return ticket that's refundable. You can always get the refund if your plans change.

Rebecca - I don't think I'll ever risk traveling to the U.S. without a return ticket again!! I didn't know that they were giving Canadians a hard time too!

We have been asked for onward travel tickets in Costa Rica and Panama. What we did was simply reserve a ticket on a popular airline and print out the itinerary before paying for it. Also one thing to keep in mind is that most airlines over free cancellation within 24 hours. So you can just book a ticket and cancel it once you have entered the country.

I have been asked in Costa Rica, too, Ben - but funnily enough only when I entered the country by bus, not when I flew in. I now know about the free cancellation within 24 hours most airlines offer ;-)

What a month! I've never thought of housesitting in Tuscon before, I hear that it's beautiful there. Good luck in June. :)

Thanks, Clay! I'd never thought of housesitting in Tucson until I stumbled across a really great-sounding housesitting ad and applied on a whim :D