Personal by on 23 comments We used to look back at our travels and reflect on them every one hundred days, but I haven’t done that in a while. I decided to revive these reflections – sort of – by starting a new segment in which I’ll tell you what I’ve been up to lately, how I have been feeling while I’ve been processing the end of my relationship and how my transformation into a solo traveler is going, plus what’s next on my travel agenda.

I feel like it’s been forever since I wrote my last personal update but that wasn’t even three months ago. It’s funny how much can happen in such little time, how much can change.

But let’s start at the beginning. I am still in New York, something I hadn’t planned at all when I boarded my flight to JFK in May. It only took me about two days to realize I would want to stay longer – even though my time in New York started with a disaster. The housesit I came here for fell trough unexpectedly (the owner got sick and canceled her trip) and I had to find a place to stay within 48 hours. If you’ve ever been apartment hunting in NYC, you know that this pretty much impossible. By the end of a full day of room searching, I had exactly ONE lead. But that one, even though it seemed dodgy to meet someone off a Craigslist ad at 10.30 at night, worked out, and it even was on the Upper West Side, the same neighborhood I was supposed to housesit in. Looking back, it was a blessing. I ended up living with two lovely girls for a month who were extremely supportive, always had an open ear and became more than just room mates. It was probably a good thing that I wasn’t living by myself at the time when I was going through some major grieving.

I found another sublet in June and shared the apartment in Bushwick, a Brooklyn neighborhood I fell head over heels in love with, with a German girl (small world!) who I got along with really well. After having an eventful and uplifting first month here and learning how easy it was to find sublets during the summer, I made the decision to extend my stay. I even ended up finding two housesits for this month, plus two more for next month, which meant I got to explore two more new neighborhoods and spend some time with a beautiful dog and a lovely cuddle cat.

If you’re following me on Instagram or read my Polaroid posts every week, you already know that I’ve been keeping myself super busy over the last few weeks: from the time-intense soccer world cup (can I just say again… WE ARE WORLD CHAMPIONS!!) and the eccentric Mermaid Parade to al fresco opera and cinema events and an unforgettable 4th July rooftop BBQ, I’ve barely had a minute to relax. There’s more going on in the summer here than I could possibly fit in and I love that I am able to experience over 100 days of spring and summer in New York City. 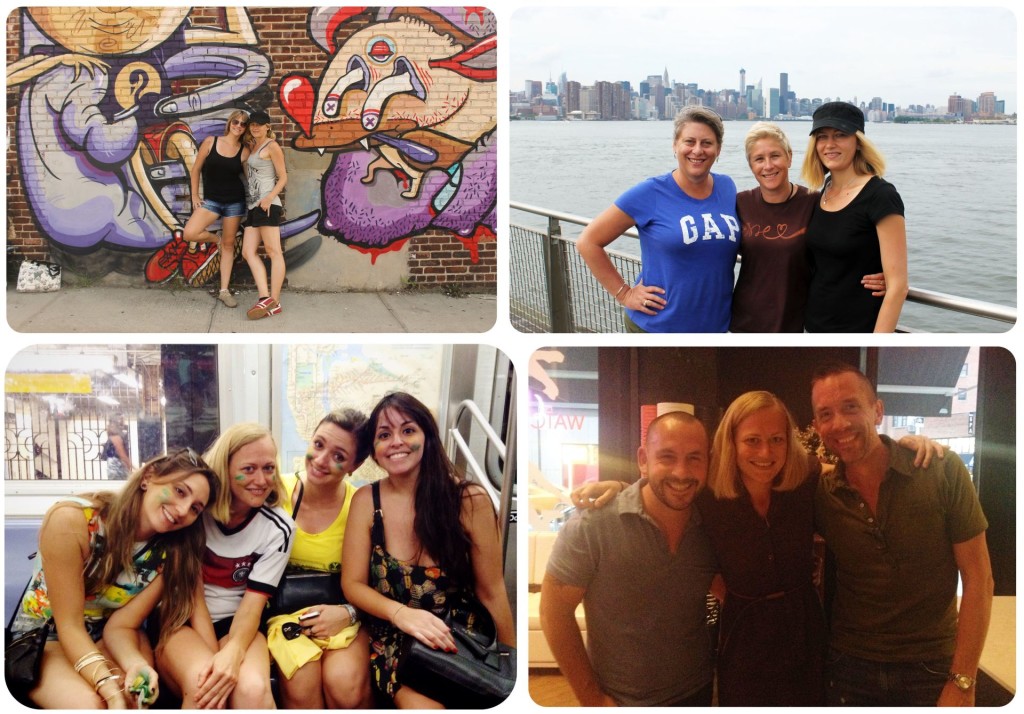 Emotionally, the past few weeks have been a roller coaster. I worked through my breakup and was finally able to close that chapter. The realizations I’ve had during my long runs through New York helped me to see that this was in fact the right decision and that the relationship wouldn’t have lasted in the long run. I learned a lot about myself, and I also grew stronger. Having to face business decisions and issues by myself made me a much tougher person, especially when it comes to decision making and vision developing. Not having anyone to talk things trough with or to hide behind in a business meeting forced me to wear more hats than I thought I was capable of.

Many good things also happened; things that wouldn’t have happened for me if Jess and I were still together. ‘Sometimes change can be good’, a friend recently said, and I have to agree with her. While this was a scary and unknown path at first, I am now embracing the freedom I have and the challenges I am able to take on. Just last week I had a business meeting that I would have never even accepted before, and now I am more than determined to make this collaboration happen. I have not only grown stronger, I have also developed an improved self esteem.

I have to thank New York for a lot, and in a way, I have to thank Jess for a lot. By leaving she made me push the boundaries, push myself to work harder, get out of my comfort zone and take 100 % control over all of my actions. 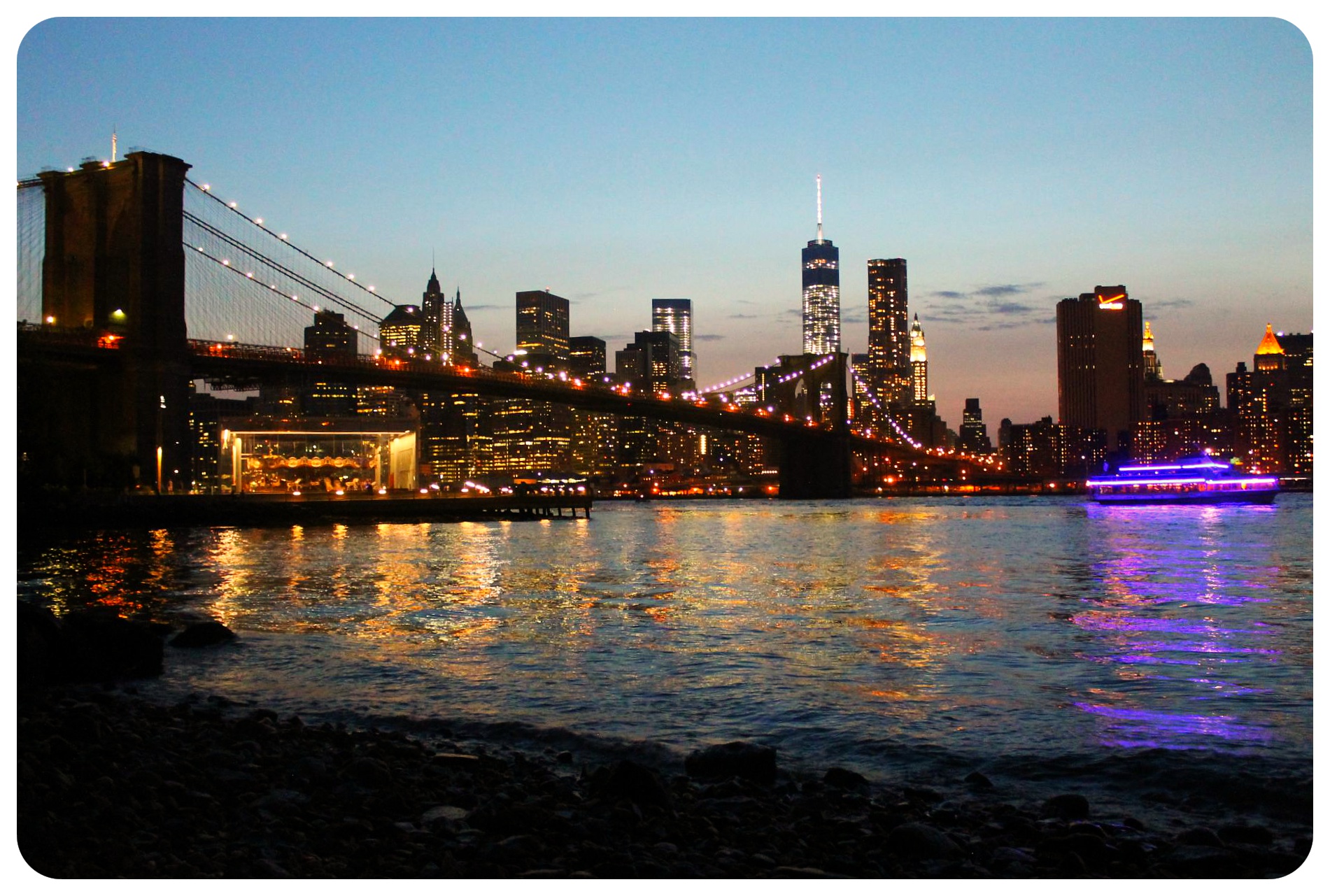 Now on to the most exciting news: upcoming travel plans! After having lost my wanderlust for a while, I am happy to report that I’ve got itchy feet again and am up to my ears in travel planning and preparations at the moment. It hasn’t even been two months since I went to Canada, but apart from my short beach getaway that was the only time I’ve left New York City since I got here and I am more than ready for a break from the city!

I am about to fly up to Buffalo and Niagara Falls to get to know Buffalo’s art and architecture scene as well as its foodie culture over the next few days, both of which I’ve been told are amazing. During our quick stint in Buffalo in 2011 we didn’t see much more than a restaurant someone had recommended to us, and I just recently found out that Buffalo is a home to several Frank Lloyd Wright buildings which I’ll be visiting. Also on my agenda: the Albright-Knox Art Gallery, one of only three places in the state of New York that has a Frida Kahlo painting (one of my favorite artists), in addition to countless other renowned artists. I am looking forward to  contemporary art, getting to know some of the city’s neighborhoods – and of course Niagara Falls! After being only able to visit the Canadian side during our two-month visit to Canada three years ago because I left my passport in Ottawa, I am stoked to finally see the Falls from the American side.

Once I return to New York from Buffalo, I’ll have only five weeks left in New York and I basically have my entire remaining time already mapped out. There is just too much to do and to see in New York – I will never get around to ticking everything off my list. I hope I’ll find time for another getaway upstate or the beach, and I will have friends come visit me here.

I won’t have time to rest when I leave New York – I’ll head straight into my next adventure, which involves a big trek. While I had my September travel plans all planned out, an intriguing travel opportunity came my way and might see me travel to an entirely different (and new) destination. I will reveal more details as soon as everything is set in stone but no matter which plan will work out, either one will involve a major hike. I will share more about these plans in my next update. 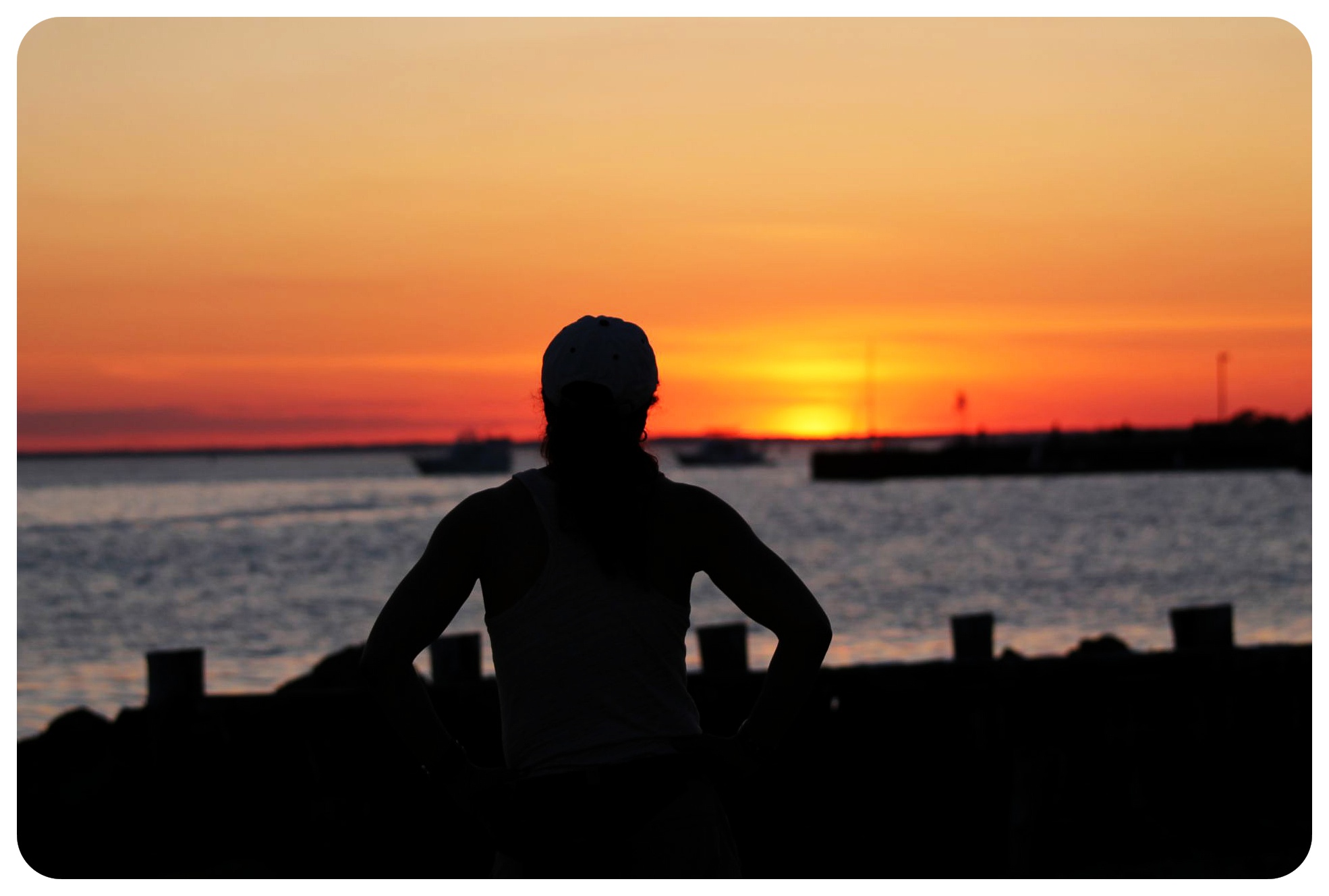 If you have any tips for my trip to Buffalo and Niagara Falls, please feel free to share them in the comments below!