I had it all planned out so well: three full days as a teaser visit to Hong Kong (I knew I’d be returning in the spring and wanted to see more of the city in warmer weather). My plans included heading up to the famous Peak for the views, taking the Star ferry ride from Kowloon to Hong Kong Island across Victoria Harbour, hiking up to the Big Buddha, exploring the hipster neighborhoods, have drinks with a view at one of the famous rooftop bars, see the nightly light show, eat dim sum at the world’s 2nd cheapest Michelin star restaurant. 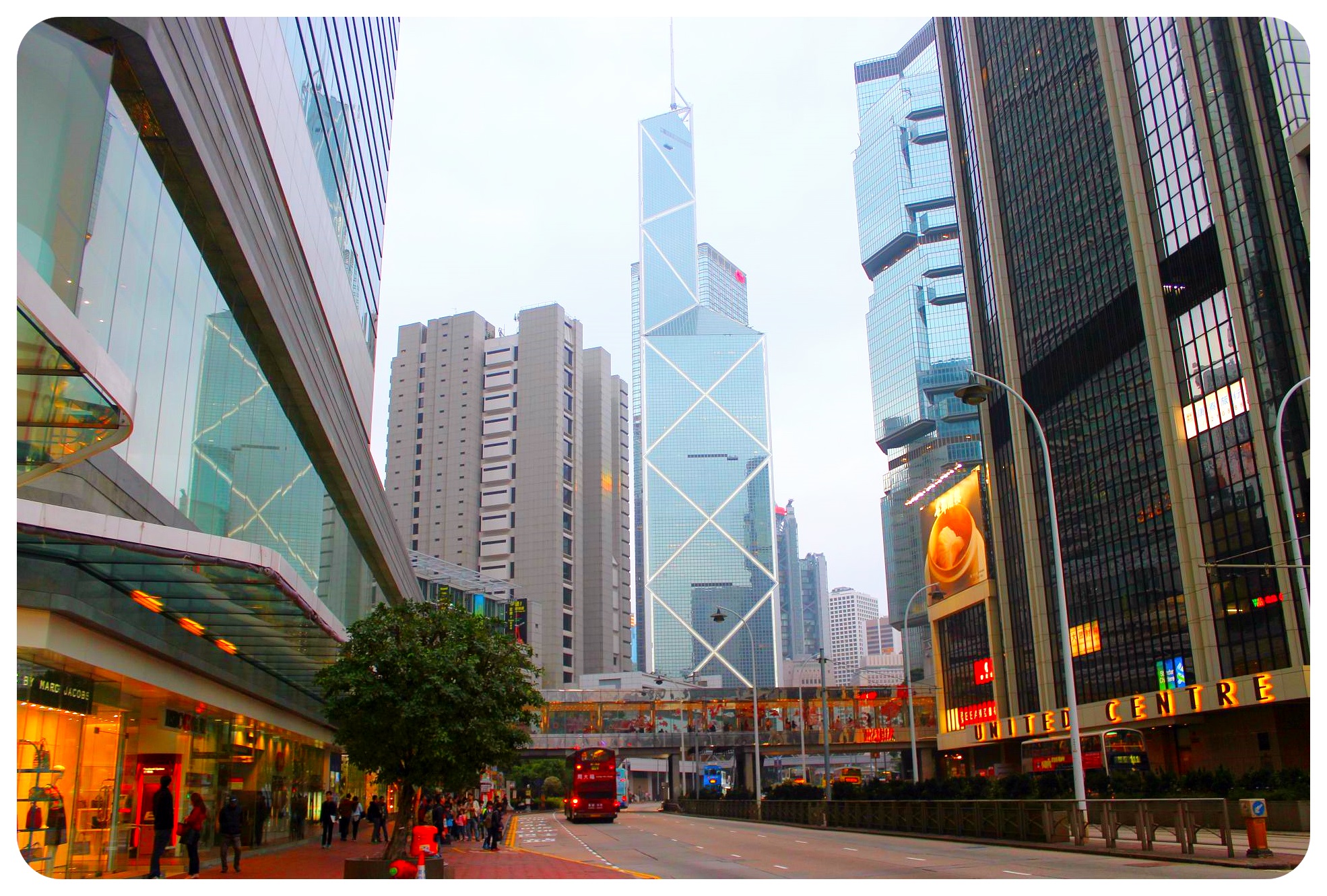 Instead, I failed miserably at Hong Kong. I was already off to a bad start when I found myself frantically searching online for a hotel only a few hours before my flight to Hong Kong would depart from Istanbul. What I found, didn’t look great. Prices were outrageously high and the rooms that were still available for my arrival date the following day were all subpar. When all the reviews are only 2 out of 5 stars or 5 out of 10 points, that’s bad news. I finally settled for a place in Kowloon that sounded somewhat questionable but not too shady and was close to the Avenue Of The Stars (Hong Kong’s version of the Walk Of Fame) and the waterfront with its famous views over Hong Kong Island. I even invested in an upgrade from a 3 m² to a 5 m² room, but only booked it for the first two nights in case it turned out to be terrible. 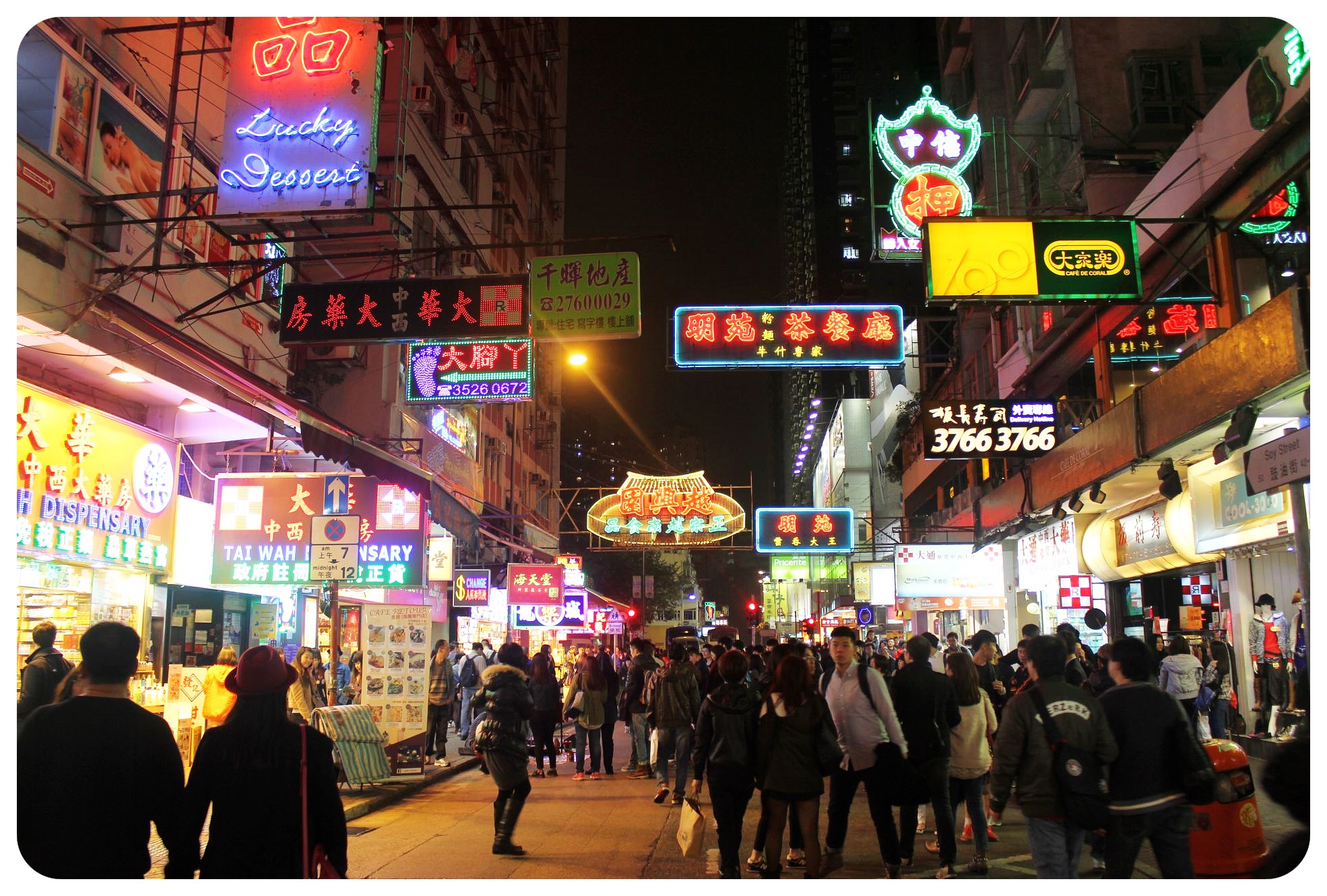 By the time I exited the plane I wasn’t worrying about my accommodation anymore, however. I had arrived in Hong Kong on a sunny afternoon, bright blue skies and terrific views over the city from the plane. I was buzzing with excitement. 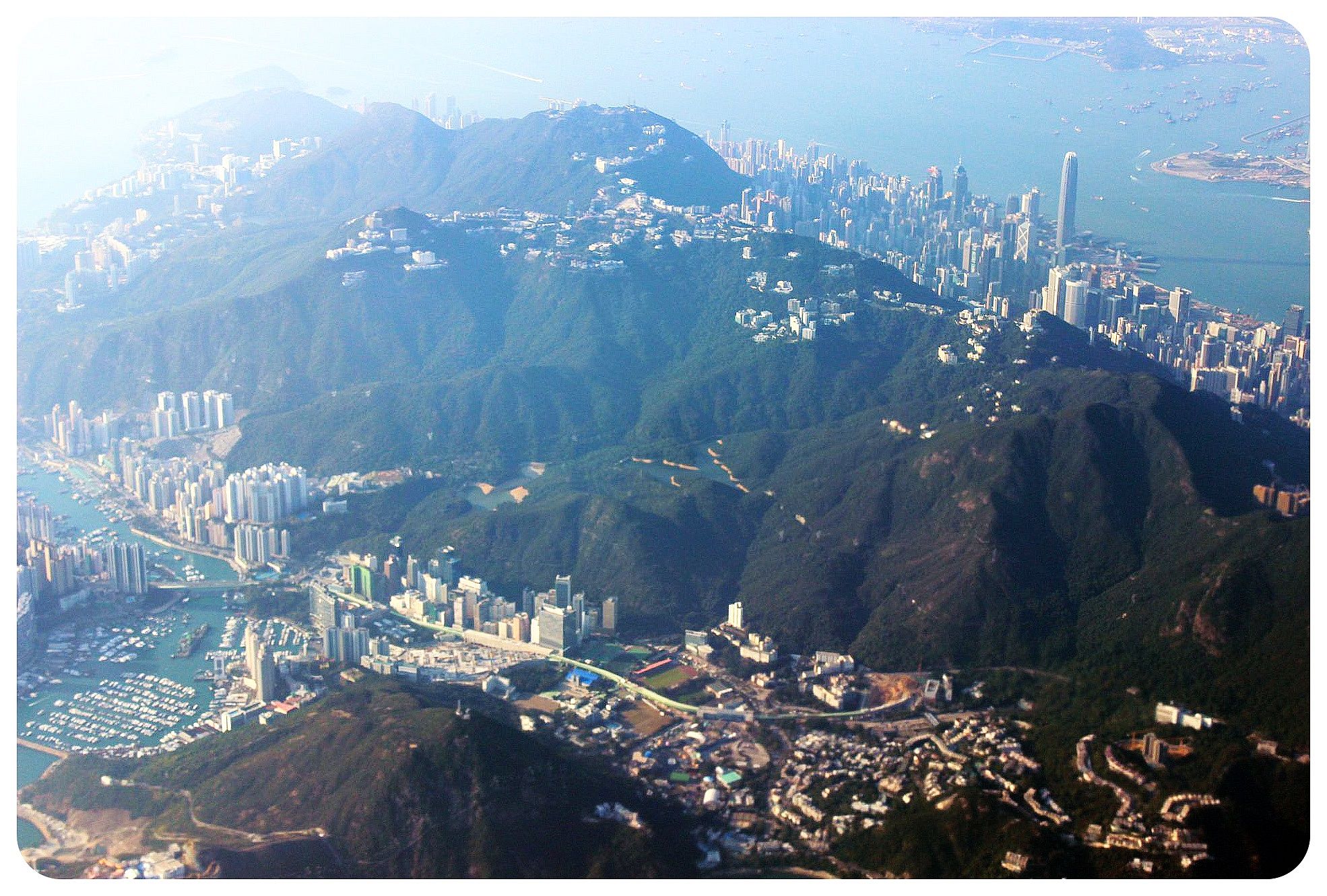 I found my hotel right away, my room was bigger than expected, and the city was electrifying. I headed out to explore my neighborhood and to find some food before I settled in for work. Fail #1: finding food. I just couldn’t find anything vegetarian. The signs were literally Chinese to me, and I had no idea how to order something vegetarian. In the end, I only got me a coffee before I headed back to my room to catch up on work. I could’ve saved me the frustration about the food fail had I just looked up a place on Foursquare before I left my hotel. 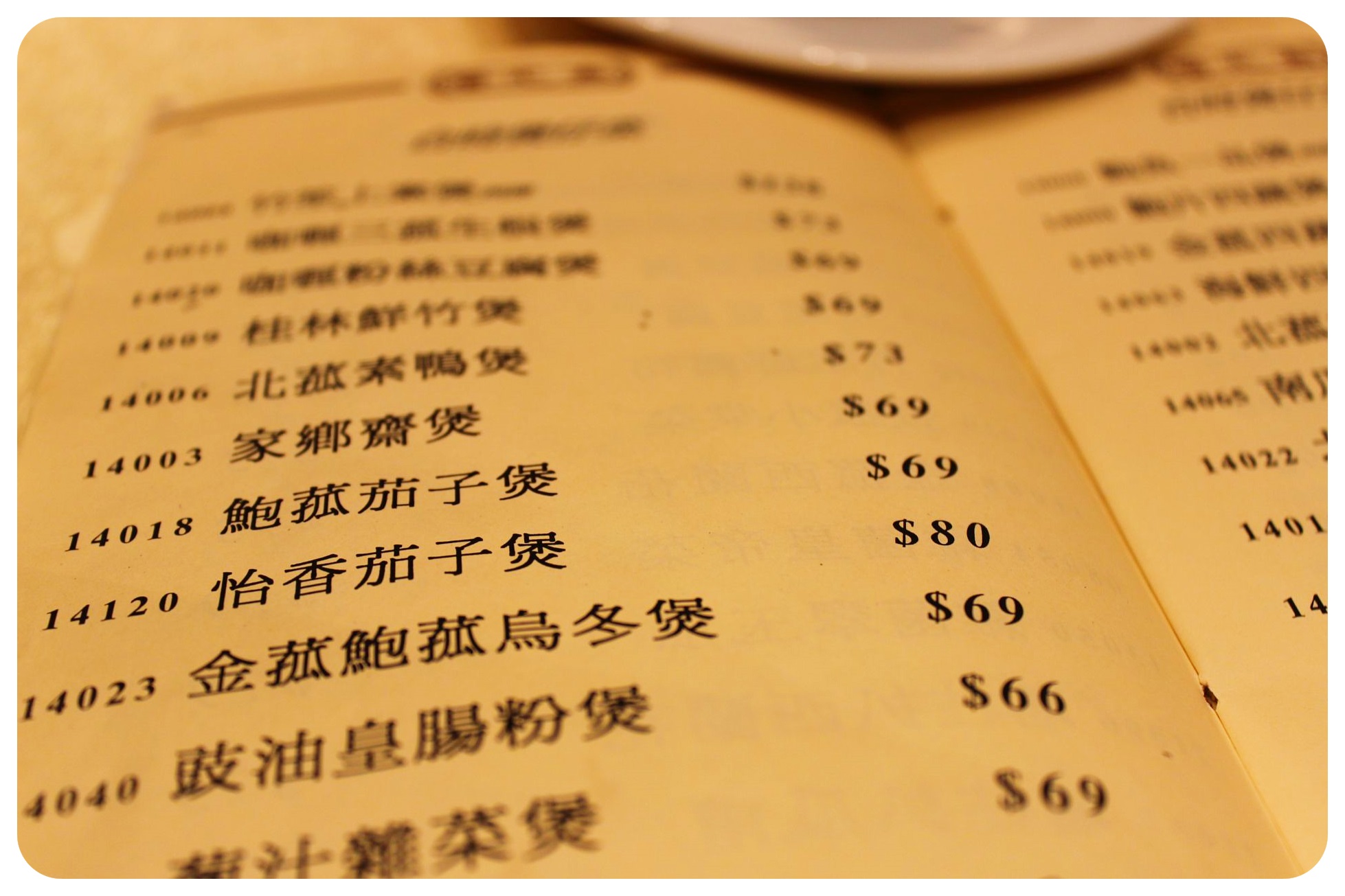 Back in the hotel, I made sure NOT to beat my jet lag with the absolute rookie mistake: instead of going to bed at midnight when I should have, I stayed up because I wasn’t tired. Next thing I knew was that it was 6.30am! Fail #2. I had totally screwed myself, because now it would take me days to get into a proper rhythm.

What I didn’t fail at was reaching out to some locals for insider tips and some company on my first days in town, and so I found myself at a lesbian party the following night. I met a bunch of lovely expats from all over the world who were giving me some insight into the lesbian scene in Hong Kong (which is almost non-existent). Hong Kong girls apparently tend to stick to themselves (rather than mingling with the expat girls) and refer to themselves as sticky rice for that very reason (who knew!). 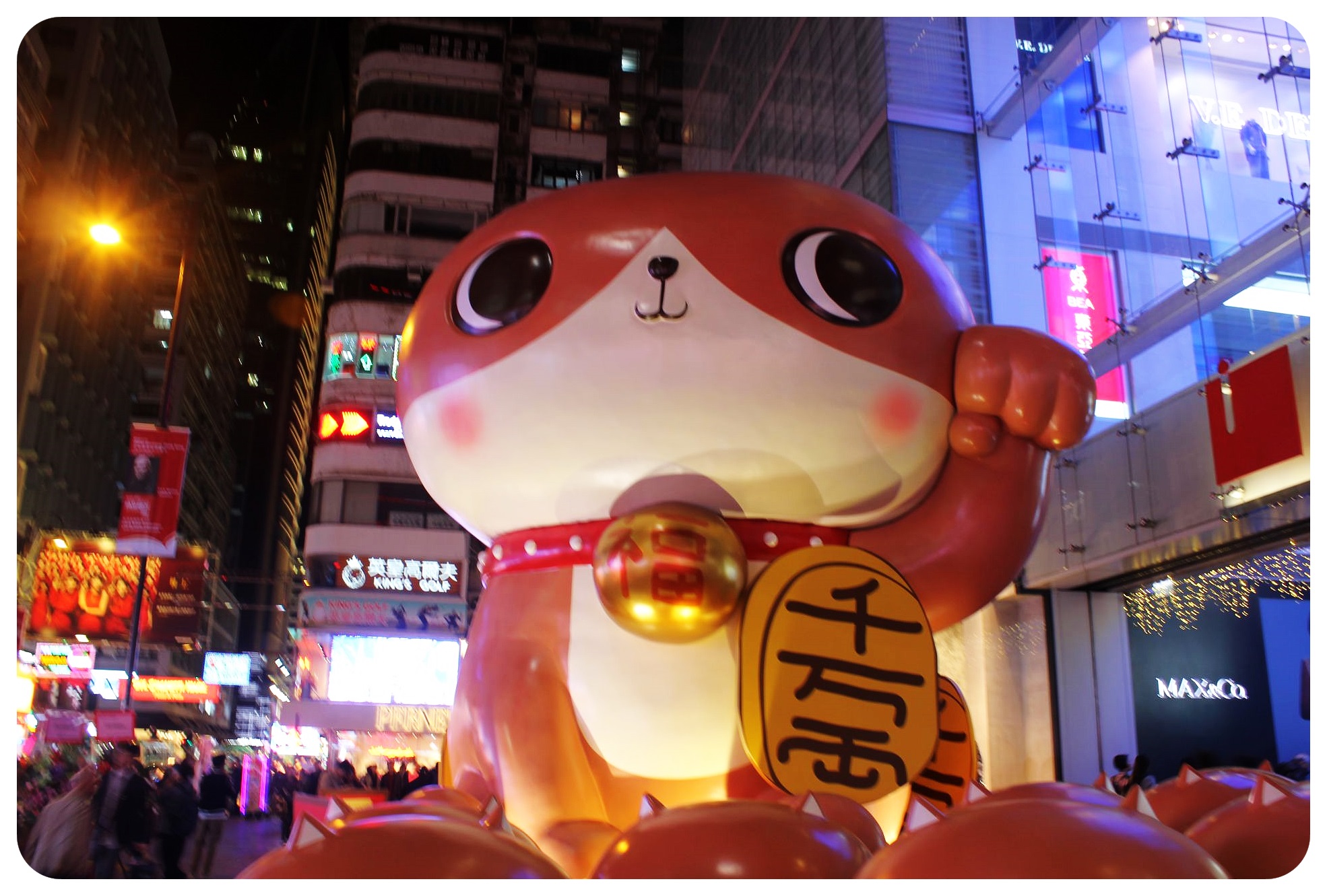 The next morning, I was equipped with loads of tips for what to do and see, but I had yet to change hotels. The night before I had figured I’d just change to another guesthouse in my building, since I was staying in one of these huge apartment blocks that had a number of hotels on each floor, and I had seen several of the other ones online as well.

I didn’t consider, however, that it was Saturday and everyone and their mom was coming to Hong Kong for the weekend. Fail #3. I must have spent an hour going from floor to floor to check out every single hotel but they were all fully booked, and the 4-bed dorm I was showed in one place.. Nothankyouverymuch!!! (I am still horrified.) 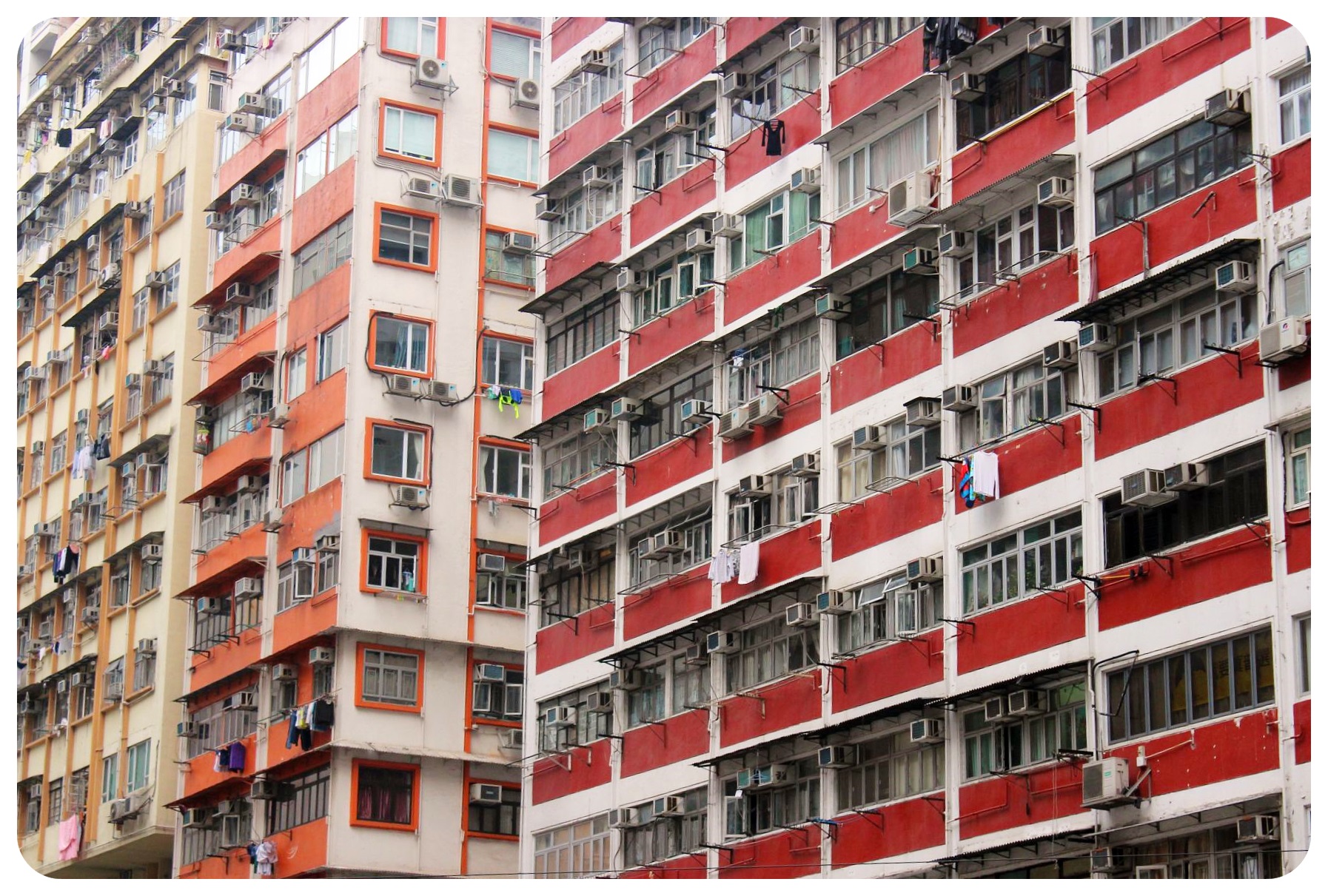 I finally went to a coffee shop to consult the usual hotel booking websites I use to see what hostels and hotels were available for the day, and my good mood disappeared immediately. There were no rooms with a decent rating left whatsoever. I finally settled on one that sounded the least horrible, and splurged on a twin bed room, because the single rooms can be seriously claustrophobic – picture a narrow sort-of closet or Harry Potter’s Cupboard Under The Stairs at the Dursley’s house that just fits a bed, and nothing else. 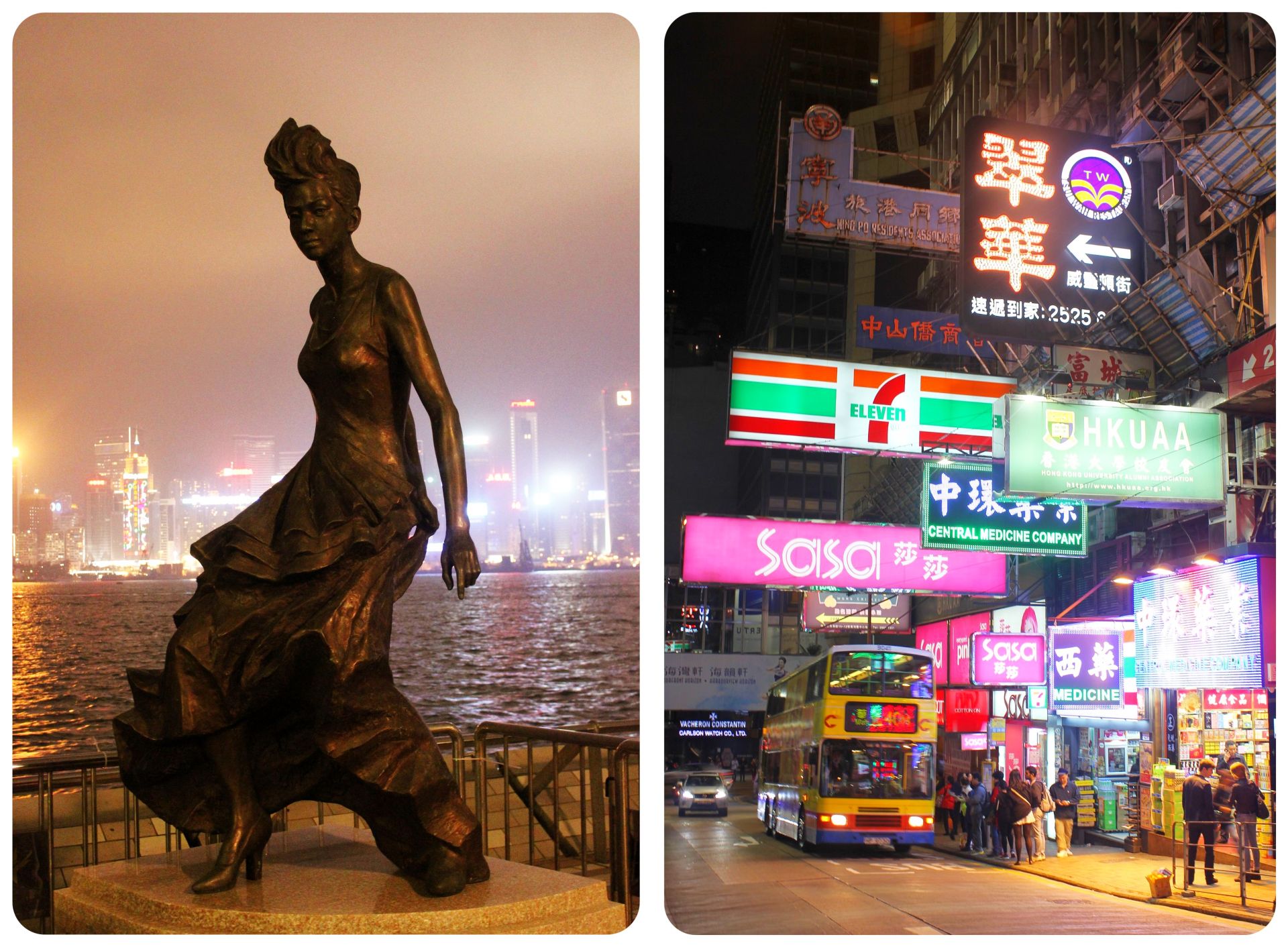 When I saw the signs for by-the-hour hotels and all sorts of massage parlors outside the building, I already knew I would hate the place. Once I found the hotel in the maze of countless hotels inside the giant apartment block with several entrance doors, it took them an hour to check me in. By now, I had wasted nearly half a day on looking at hotel rooms, searching for a room online, moving across town, and waiting to be checked in. When I saw the room, I wanted to cry. I was pretty sure that the sheets had not been changed, the bathroom door was broken and i found a big pile of black hair in the shower which was right above the toilet. 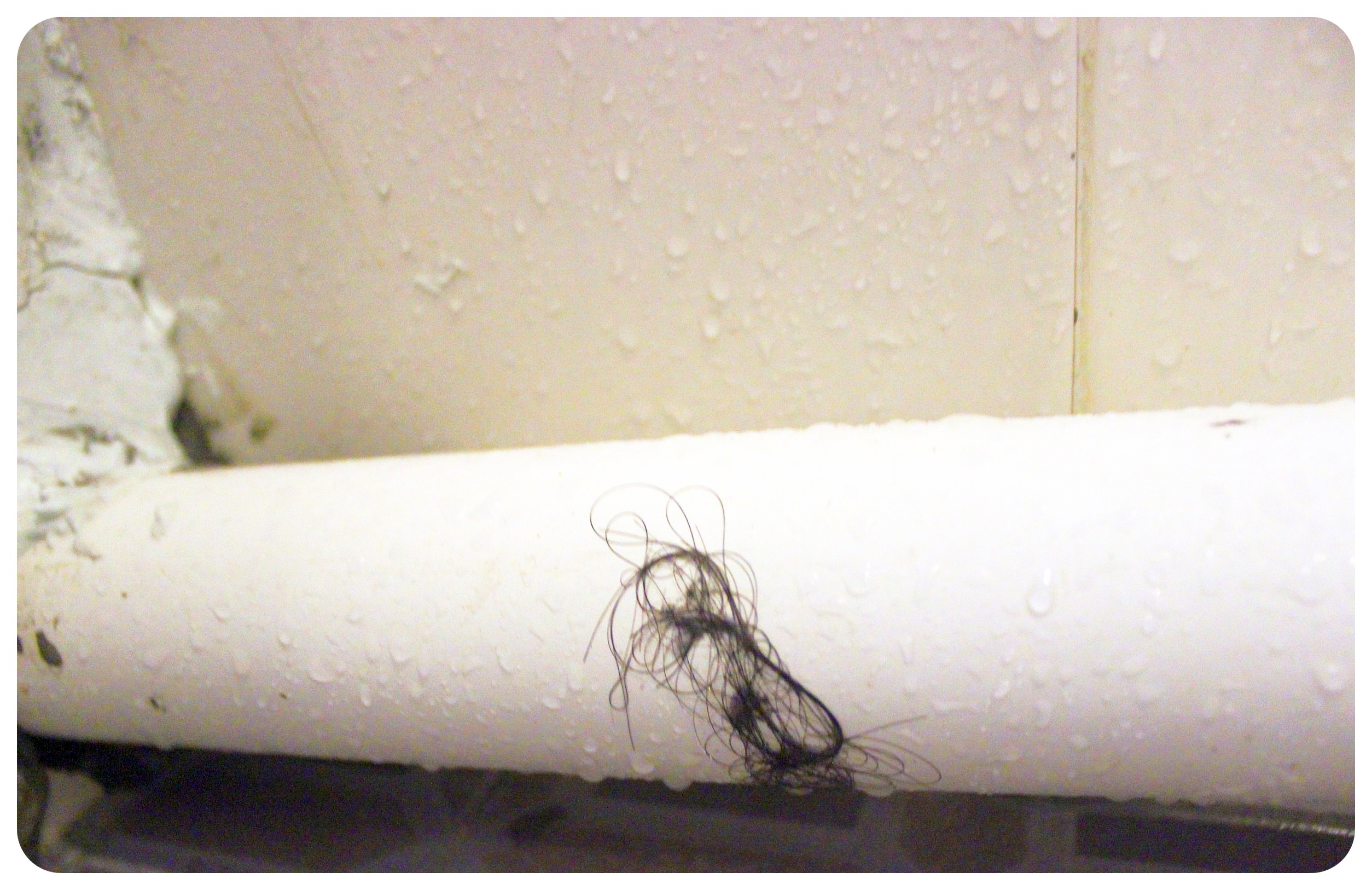 Instead of crying, I headed out to explore – this time better prepared with a vegetarian restaurant marked on GoogleMaps and a coffee shop I wanted to check out (what I realized is that Hong Kong has some amazing coffee shops!).

The minute the waiter put down a jug of green tea and I took my first sip, I calmed down. I only needed to get my jet lag under control and I’d have a splendid time in Hong Kong. 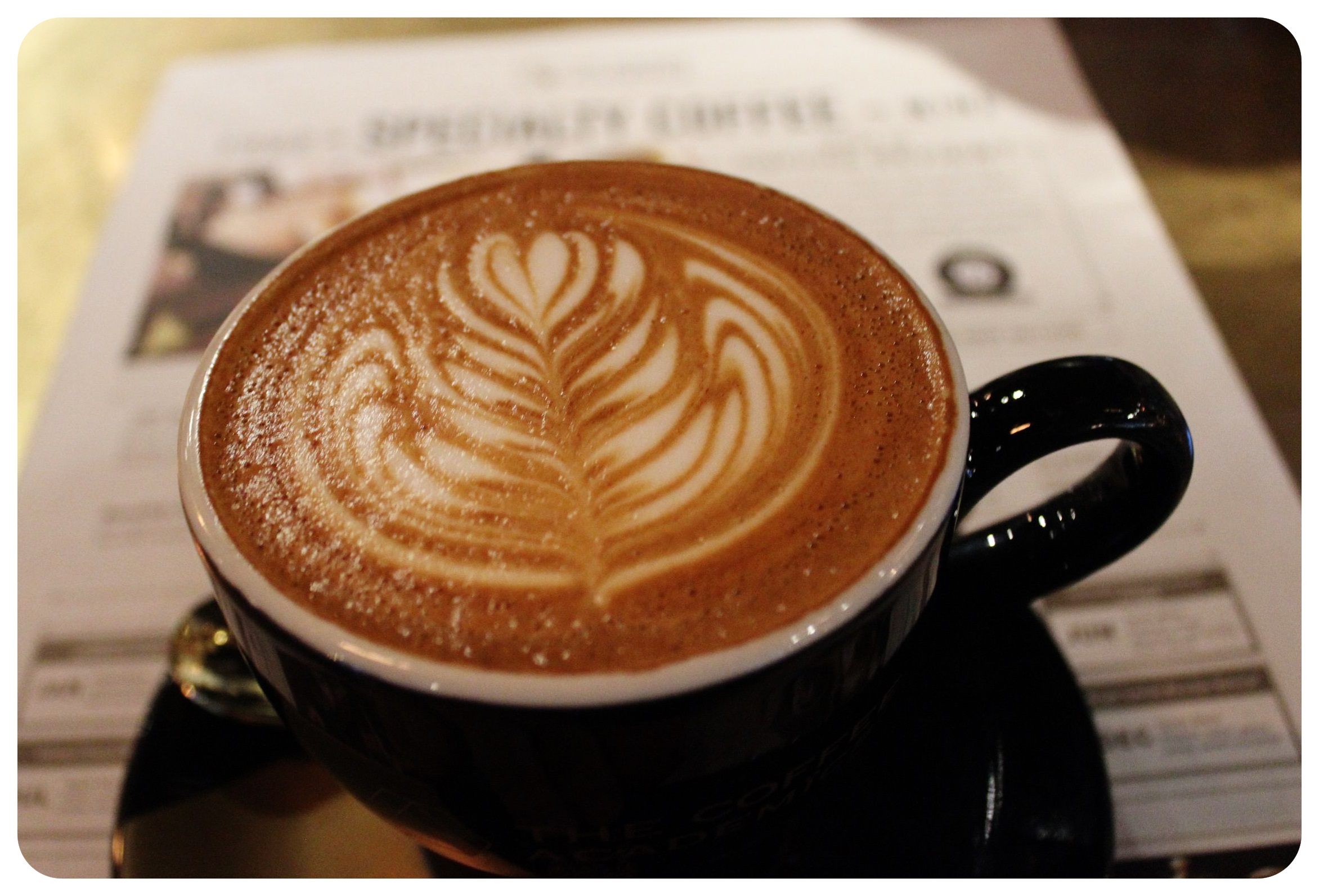 However, I didn’t get my jet lag under control and I didn’t make it to half of the places on my to-see-list. If you’re wondering why most of my photos are taken in the dark .. That’s because I was awake mainly during the night.

In the end, I couldn’t be too upset, because I still had a great time and I enjoyed just taking in the city rather than rushing from tourist sight to tourist sight. I was so excited to be back in Asia and Hong Kong had me in awe the entire time – something that doesn’t happen too often anymore to the jaded traveler I often tend to be after years of traveling. 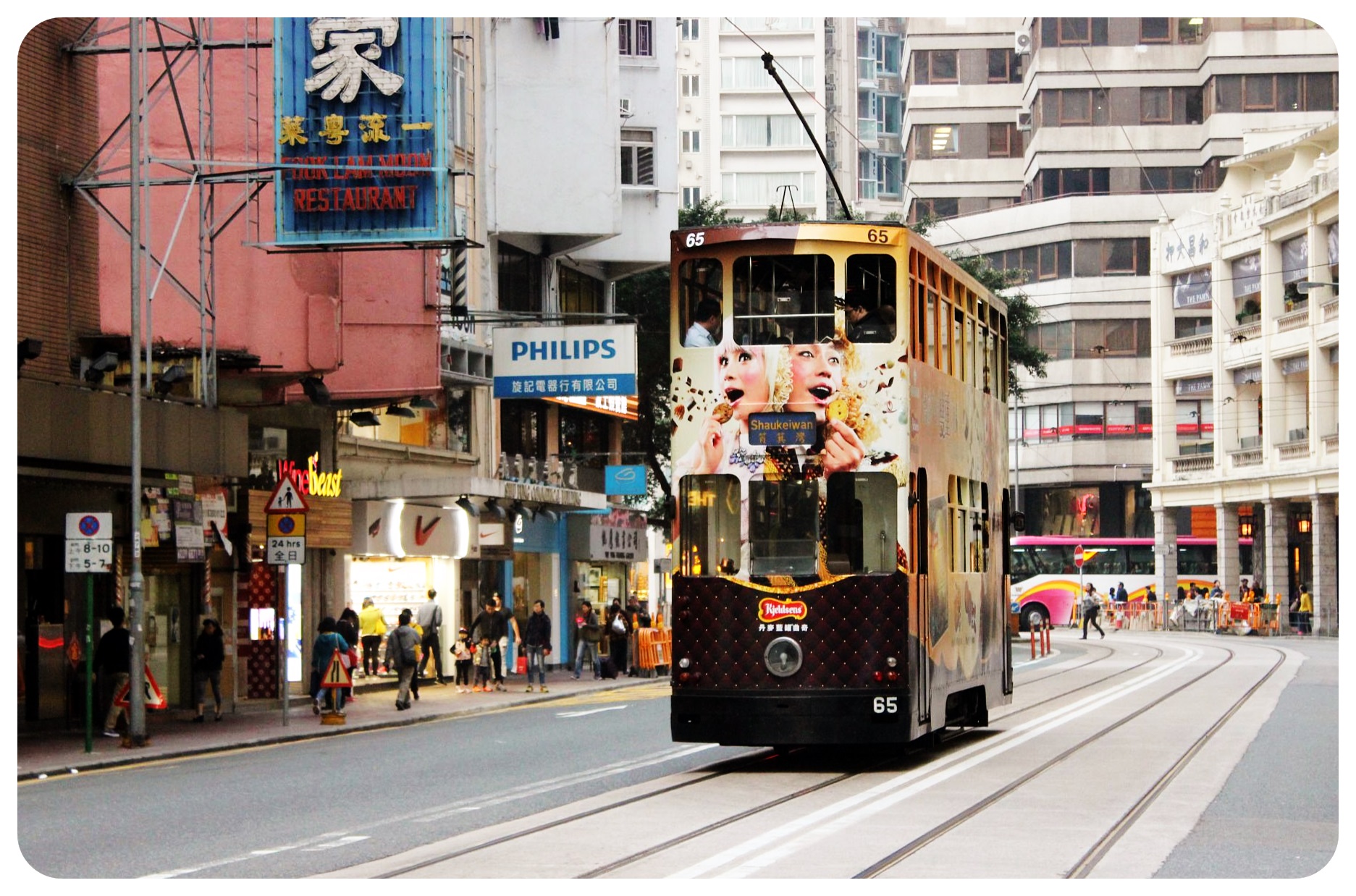 I know that I’ll see all the sights eventually when I return in April and I will make sure to be better prepared. And on the bright side: other than my first day, when the sun was out, it was a bit grey and cloudy during my stay – so it’s probably better anyway that I didn’t have to rush up to the Buddha and the Peak which are all about the views. 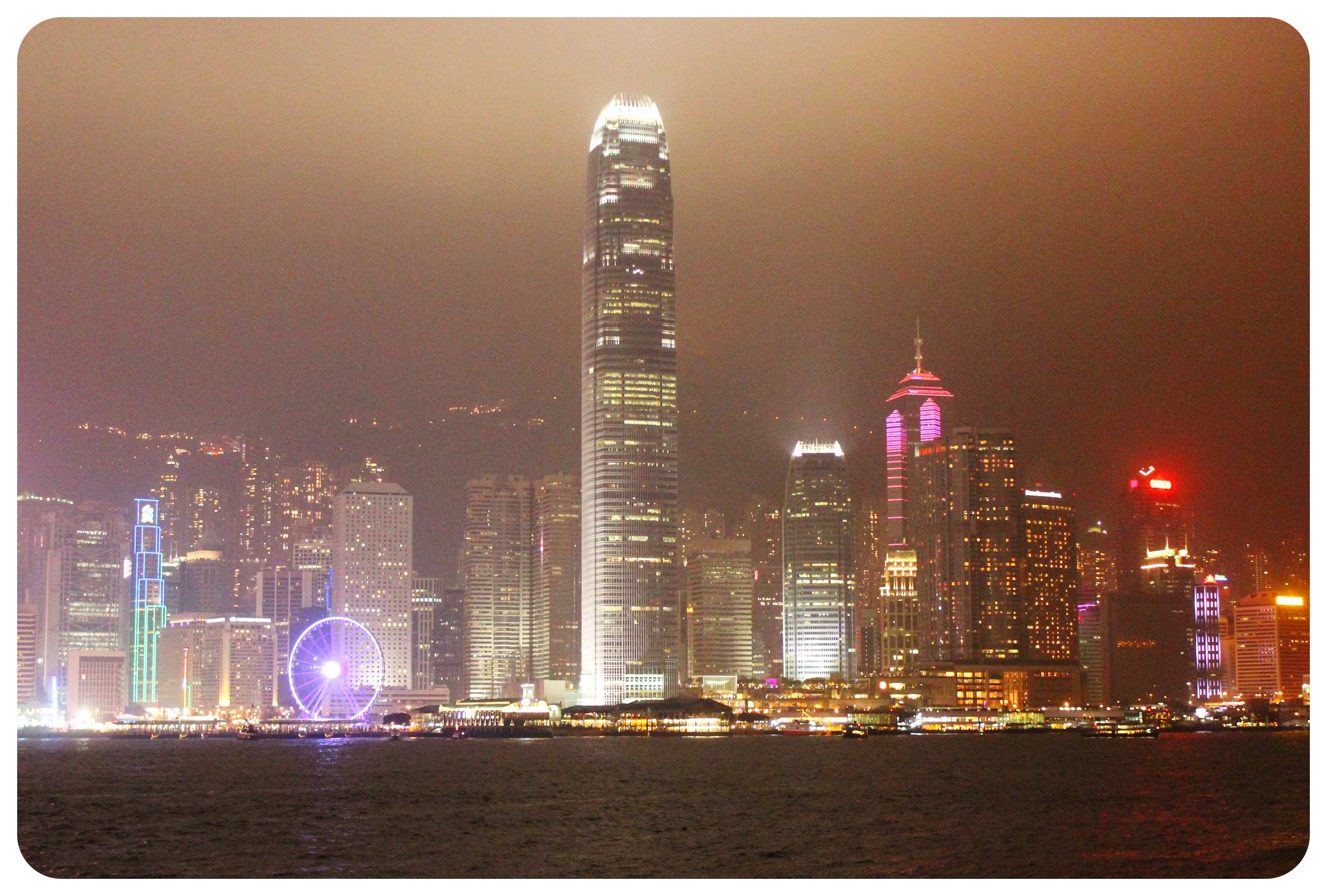 Ultimately, my visit to Hong Kong taught me a few things: 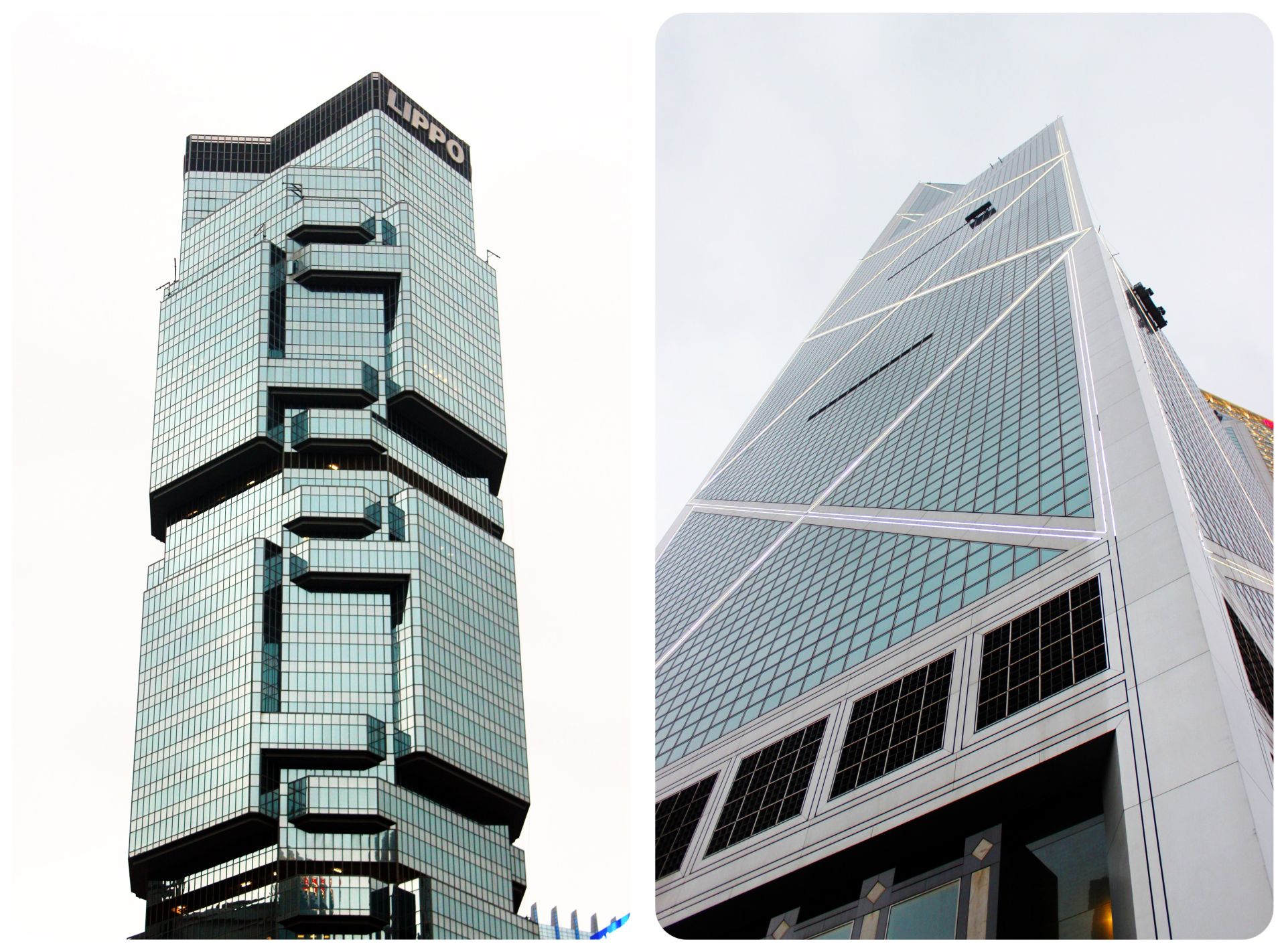 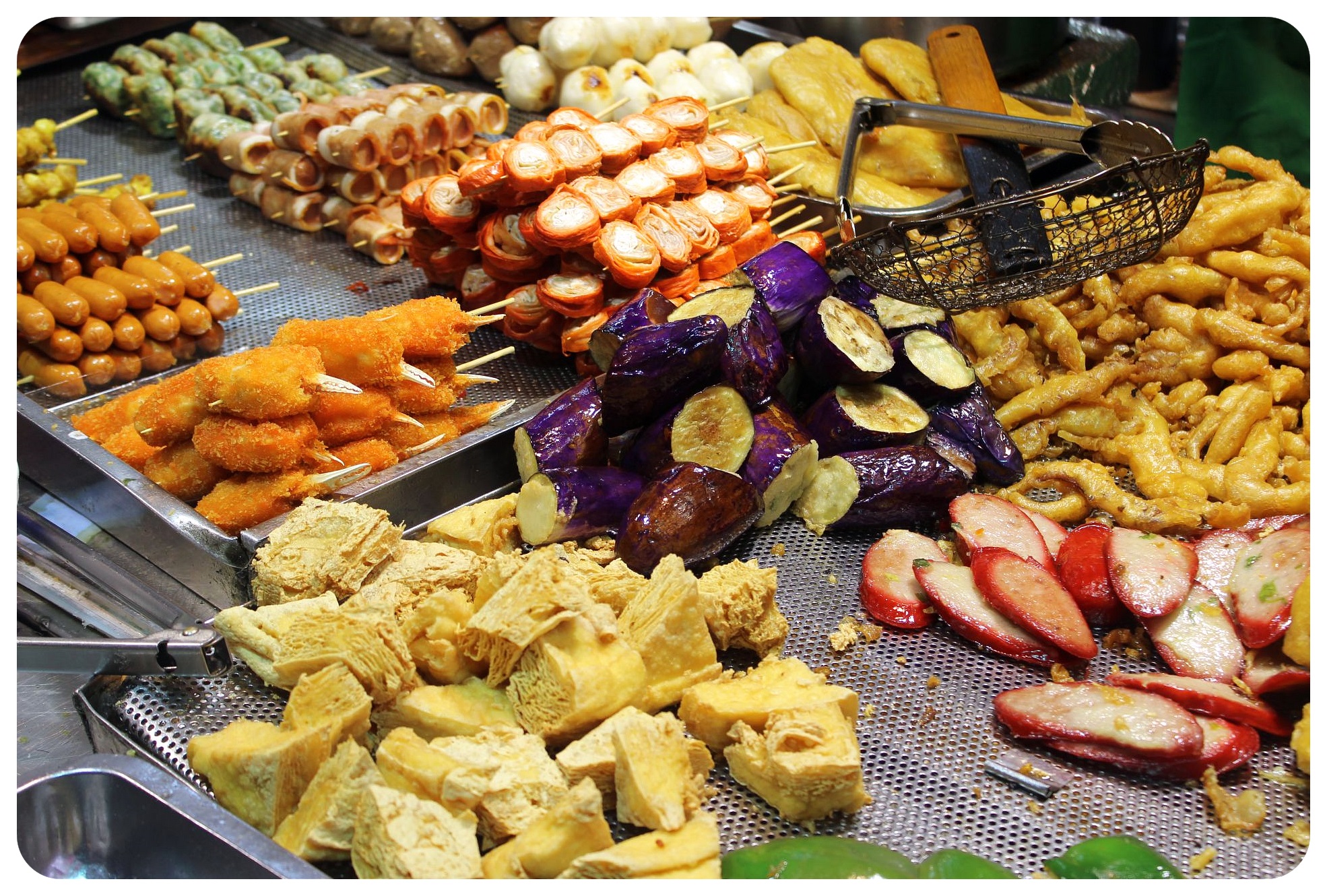 Curious to see how my second visit to Hong Kong went? Read: Hong Kong, the second time around. Living it up in Manila - GlobetrotterGirls

[…] coming from Hong Kong, Manila was still the most convenient starting point, and I wanted to head north to the Banaue rice […]

12 Things That Surprised me About Hong Kong - GlobetrotterGirls

[…] though I didn’t have many expectations when I visited Hong Kong for the first time this year, I have to admit that not only did the city blow me away completely, but it also […]

[…] that I’d be back in Hong Kong a few months later, and this time around, I’d rectify all the mistakes I had made on my first visit. And now that I’ve been to Hong Kong twice, I want to share my best tips for visiting Hong […]

Hii! What time of the month did you go? Im planning on going in January and was hoping for some sunny skies without much fog!

I went twice - once in January and then again in April. I have to say that the weather in April was much better, but maybe you get lucky :) Enjoy Hong Kong, Niv - fog or not, I think it's an amazing city.