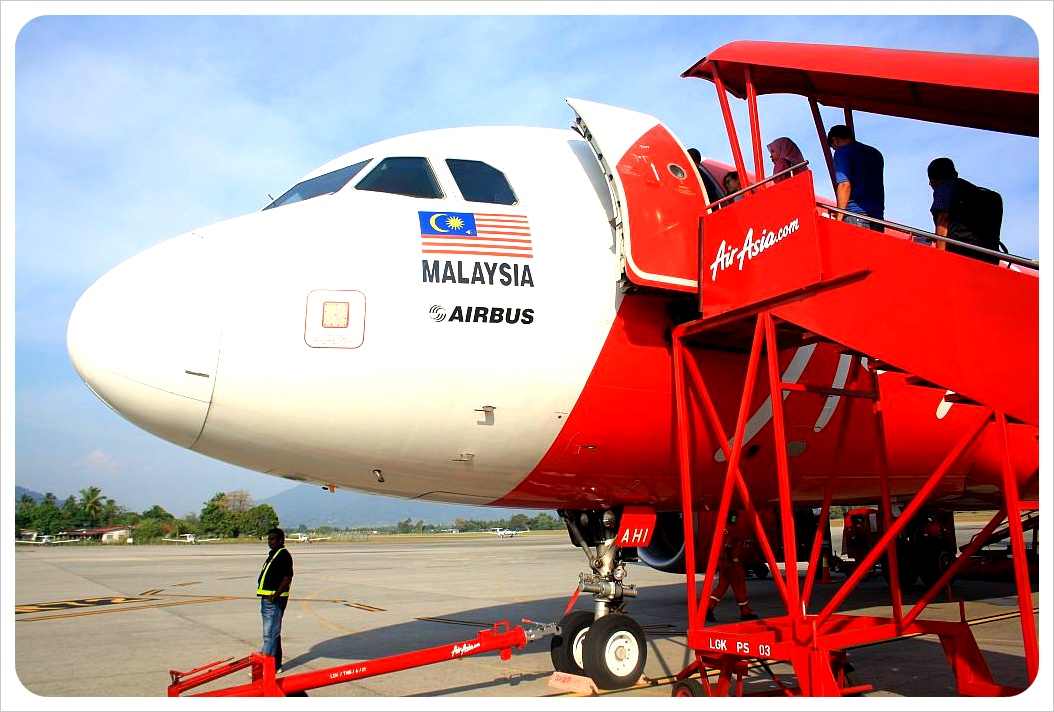 I’ve gotten a lot of questions recently about how I always manage to find cheap flights, so I thought I’d share some of my tips and tricks I use when researching flights with you here. Disclaimer: I don’t always find amazing deals, but before I book a flight, I spend a good amount of time researching all my options, checking my daily fare alerts and even when I decide to finally hit the ‘Book this flight‘ button, I cross-check several websites once again. Read on for all the steps I take to find cheap flights.

Here are some of the deals I found (and booked) recently:

So which rules do I follow when I book a flight and which steps do I take before I buy a plane ticket?

1. Time Your Trip Right & When To Book Your Ticket

I know that I am more flexible than most people, but if you time your trip right, you can save so much money. If you really have to travel to Europe in the summer, it will be hard to find an affordable flight. If you are able to go in May or September instead when the weather is still warm (perfect!), that’s when airfare is much cheaper than during high season in the summer months.

If you can travel in the winter, even better, because that’s when you get the best deals, even to popular winter escape destinations like Asia.

Also: Know when NOT to go! Peak travel days include Fridays, Sundays and Mondays – so there are usually less deals to be found if you’re planning to fly on these days. Weekends are usually more expensive to fly on than weekdays, so if you can, try to fly during the week. It does make a difference on which day you fly, so if you have flexibility there, you will save money.

When to book your ticket

I’ve read dozens of articles discussing the best time to book your ticket. Six months in advance? Six weeks in advance? Some say eight weeks in advance. In my experience, neither one of them is true. I often leave my flight alerts on (see #2) after booking a ticket and prices usually don’t go up until the very last minute. Last year, I waited until the ‘six week mark’ to book a ticket, afraid that prices would go up afterwards. Instead, I received a flight alert with a great deal – a cheaper ticket than I had bought – two weeks after I booked my ticket, and I was mad at myself for not waiting longer.

2. How to find cheap flights: Sign up for flight alerts

A thing that’s key to finding cheap flights: Signing up for flight alerts. I usually use Skyscanner for that, but other sites like Kayak and Momondo offer flight alert emails as well. That way I get an email every day with the current airfare to my destination on the date I’ve chosen. As soon as the price goes down to a fare I am willing to pay or I see a great deal, I book my ticket. 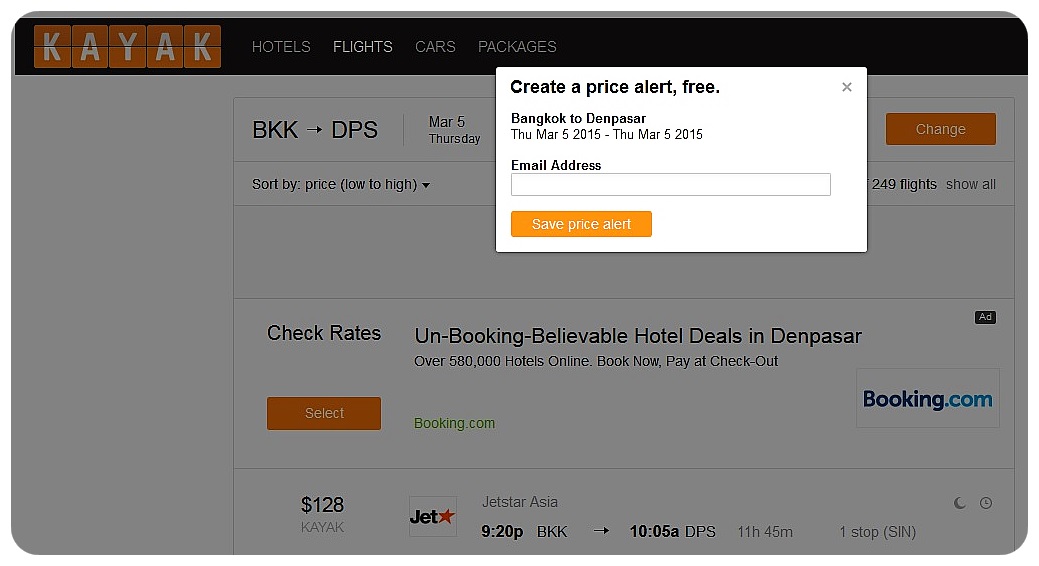 3. How to find cheap flights: Think outside the box

Think outside the box. And by this I mean the search box in the flight search engine of your choice. I usually first consult Skyscanner and Bookingbuddy.com to find a cheap flight. Skyscanner sometimes includes airlines that aren’t included in the search engine of Bookingbuddy.com which compares the major booking websites for me: Expedia, Orbitz, Onetravel, Travelocity (among others). The advantage of Bookingbuddy is that it opens all these websites for me in new tabs, making it easy for me to compare which site offers the best rate.

What I like about Skyscanner is that I can just type in a departure/destination country instead of a city, for example leaving from Germany. Germany is a relatively small country, but has five major international airports. I never know which airport happens to be the cheapest for my flight, but they are all about the same distance from my family’s house. I can just type in ‘From: Germany, To: Hong Kong’ and I might find out that Düsseldorf would be the cheapest option (like in my case recently).

And with a bunch of low cost bus carriers in Germany, it only cost me €10 to get to Düsseldorf. In New York, I am able to fly out of all three major airports (JFK, La Guardia and Newark) because I realized that it takes me about the same amount of time to get to either one – in fact, sometimes it can be faster to reach Newark (New Jersey) than LaGuardia, and ticket prices are sometimes considerably lower from New Jersey.

But what if there aren’t any cheap flights on all these websites? That’s when it pays off to know about budget airlines that aren’t listed in the major flight search websites. NorwegianAir for example rarely comes up in search engines for transatlantic flights, but they are the cheapest carrier between Europe and California. I tried them for the first time last fall on a flight to New York and absolutely loved my experience (I raved about it here), so I was glad that I checked the Norwegian website when I didn’t find a single decently priced flight on any flight search website. 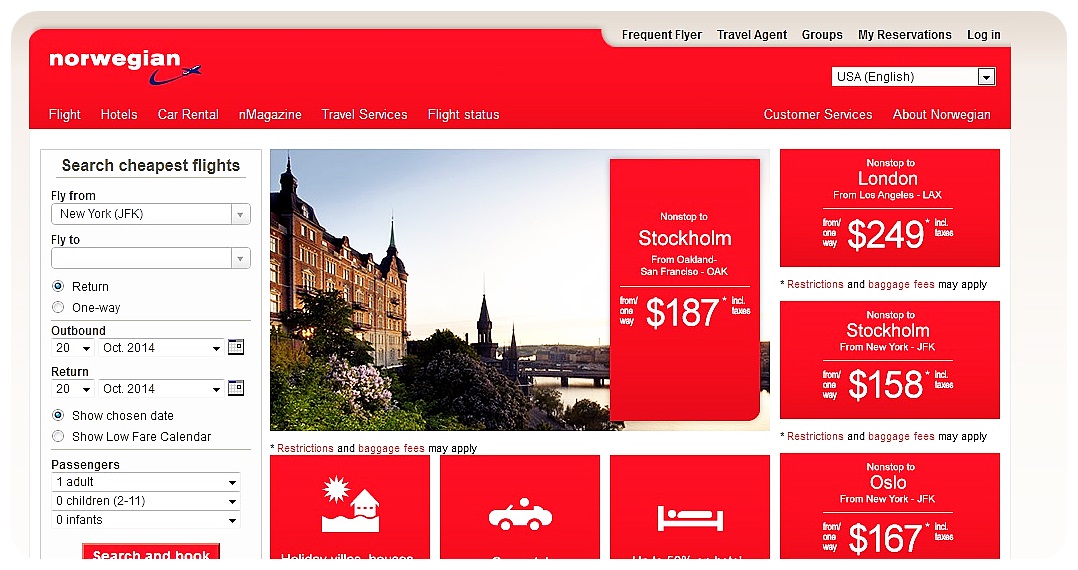 Not all budget airlines are listed in the major search engines (Southwest is one in the U.S. that is not listed but often has cheaper tickets than American or United), so it is well worth researching which budget airlines cover your destination. I usually use Wikitravel to look up budget airlines for countries like Mexico or India, islands like Boracay or Koh Tao, or specific cities like Austin. In addition to Wikitravel, I check the route maps of budget airlines in Europe or Asia to see where I could connect… which leads to:

4. How to find cheap flights: Know the major hubs

The more mainstream the route you take, the cheaper it is. Routes like New York – London with several flights a day have much cheaper tickets than routes like New York – Athens, which is less frequent. Thanks to the extensive budget airline network in Europe, however, you can easily save hundreds of dollars by flying into a major hub and continue with a low-cost carrier from there.

Whichbudget is usually a good starting point to see which budget airlines fly from a hub to your final destination. In Asia, Bangkok and Kuala Lumpur are major hubs and well connected via smaller airlines – I found my $17.50 ticket from Bangkok to Chiang Mai with LionAir thanks to WhichBudget, for example.

5. How to find cheap flights: Be willing to connect

This one goes along with knowing the major hubs – but you don’t necessarily need to change airlines to find a cheap flight: simply having a layover is often cheaper than a direct flight. Many people are willing to pay for convenience, which is why direct flights are the most expensive (except for routes with frequent direct flights such as Frankfurt – New York). If you are willing to connect somewhere along the way, you will save money on your ticket.

And connecting doesn’t always have to be a bad thing. I had 12-hour layovers in cities like Mexico City and Istanbul in the past and loved exploring the city for a day, or visiting some of my favorite places there (if it is a city that I know). Hipmunk has a cool layout that shows you the length of a layover in a graph, making it easy to choose a flight that has either a super short layover or one that is long enough to explore the city.

6. How to find cheap flights: Don’t be set on a specific destination

If you are flexible with your dates, why not be flexible with your destination? I had originally looked into flights to Vietnam for my winter getaway, all of which were pretty pricey, no matter what date I typed in. Hence I looked for flights to Bangkok instead, which were $200 cheaper than flights to Saigon. By going to Hong Kong in the end, I saved another $100. Like I said in #4: Generally, you’ll be able to find cheap flights from your ‘hub’ to your final destination.

If you just want to go on a trip and are open to any destination, you can save even more – just type in ‘Everywhere‘ in the destination box on Skyscanner and it will show you all available flights from your departure airport on your chosen date, sorted by price. The more flexible you are, the bigger your savings. 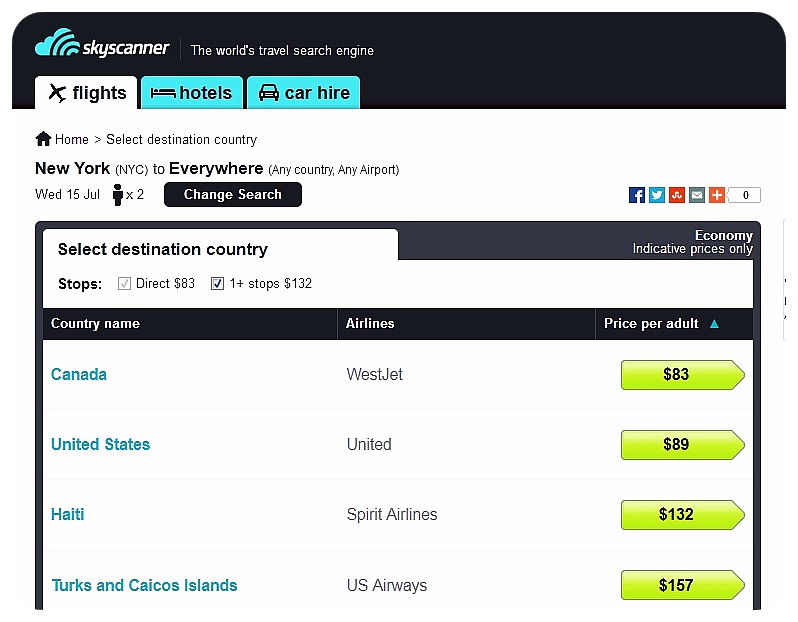 7. How to find cheap flights: Sign up for deal alerts

There are a number of websites out there that specialize in finding the best deals for flights, hotels and rewards program offers and it is well worth signing up for one of their newsletters, to receive emails with the best new flight deals, or to follow them on Facebook. It’s hard to keep track of all the good deals online and I am glad that there are websites that accumulate this information for me.

Secretflying.com (I recommend signing up to the newsletter)
MillionMileSecrets.com 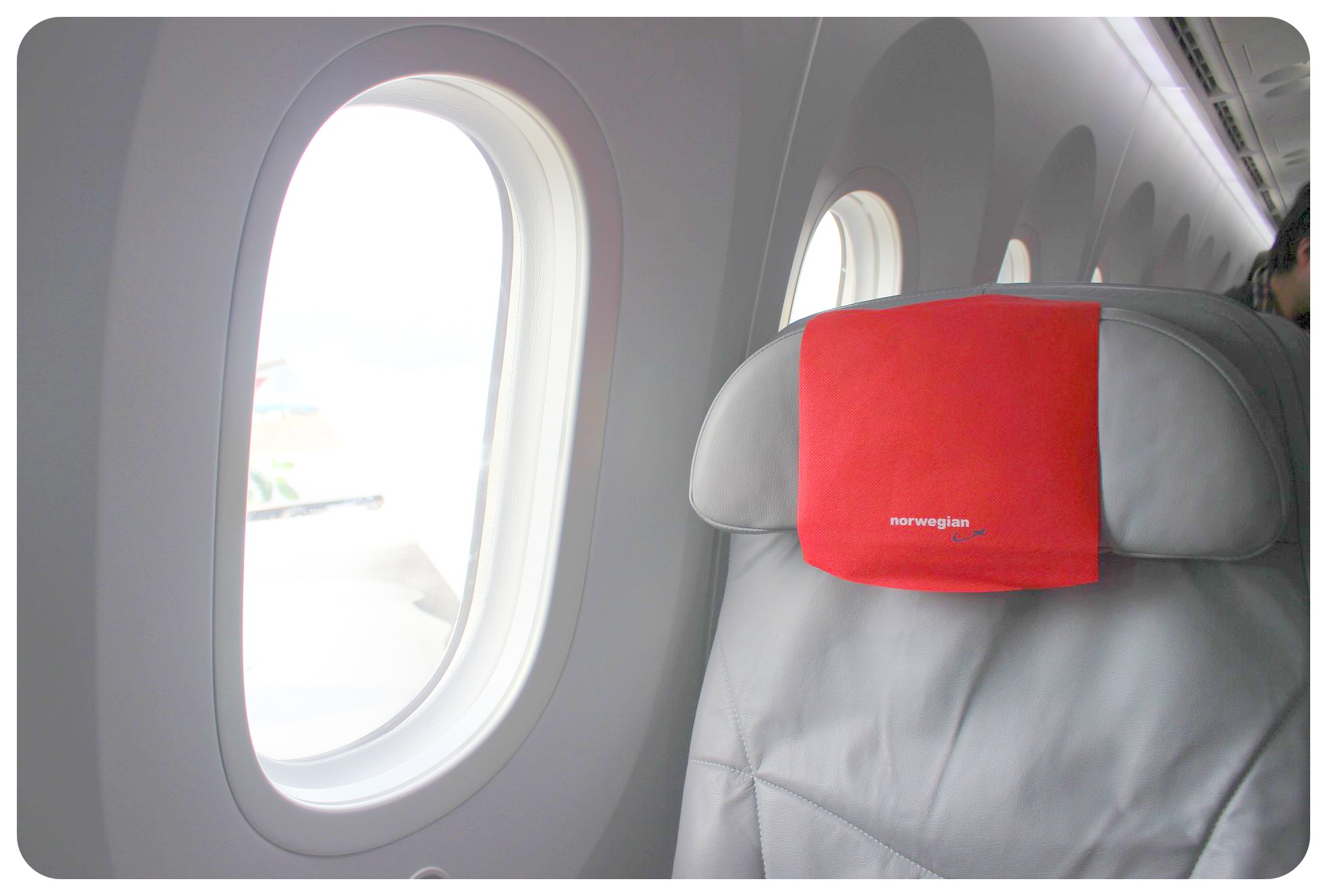 I wrote an extensive article on how to start travel hacking at the end of last year and highly recommend signing up for a rewards credit card to take advantage of rewards points which you can use to fly for free (or upgrade to business class for free) or for free hotel stays.

The FrugalTravelGuy wrote an excellent beginners guide on how to hit a minimum spending requirement which usually gives you 40,000 – 50,000 miles just for signing up!

Since I just booked another flight with Norwegian, I wanted to share my love for them again and asked Norwegian if they would like to give away a flight voucher to one lucky reader of Globetrottergirls.com. And I am happy to announce that they agreed to give away a Norwegian flight voucher for $150! Considering that you can fly to Europe from the U.S. for less than $200 with Norwegian, you could fly to Europe for as little as $50 with this voucher!

All you have to do to enter the giveaway is leave a comment and tell me which Norwegian route you’d use the voucher for. Norwegian also has a comprehensive flight network in Europe with flights starting at €29.90, which means this voucher could also buy you up to four flights within Europe! Have a look at all of Norwegian’s flight routes here.

This giveaway ends on 24 March 2015, 12pm EST. The winner of the giveaway will be notified by email. 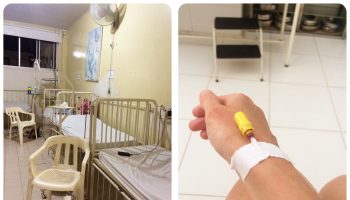