For foodie travelers San Francisco by on 4 comments 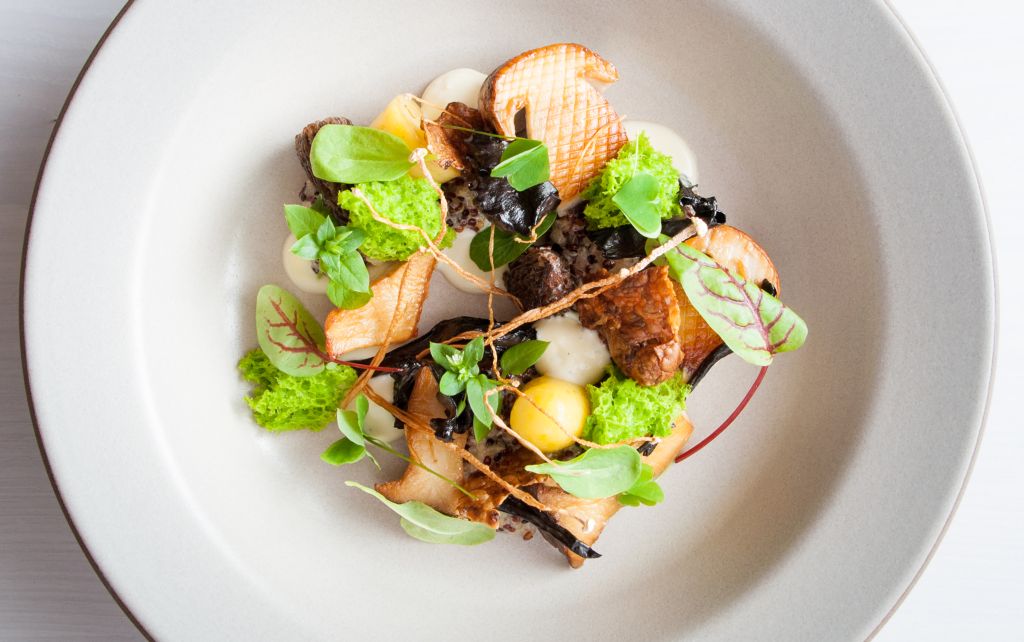 San Francisco is one of the most popular cities to visit in the U.S. – and not only because of the Golden Gate Bridge or its iconic Cable Cars, but also for its diverse food scene. From Mexican and Central American food to Chinese restaurants and authentic Italian cuisine – there is nothing you can’t get in San Francisco. Since there are literally hundreds of restaurants you could go to, I’ve selected ten of the very best restaurants in San Francisco. 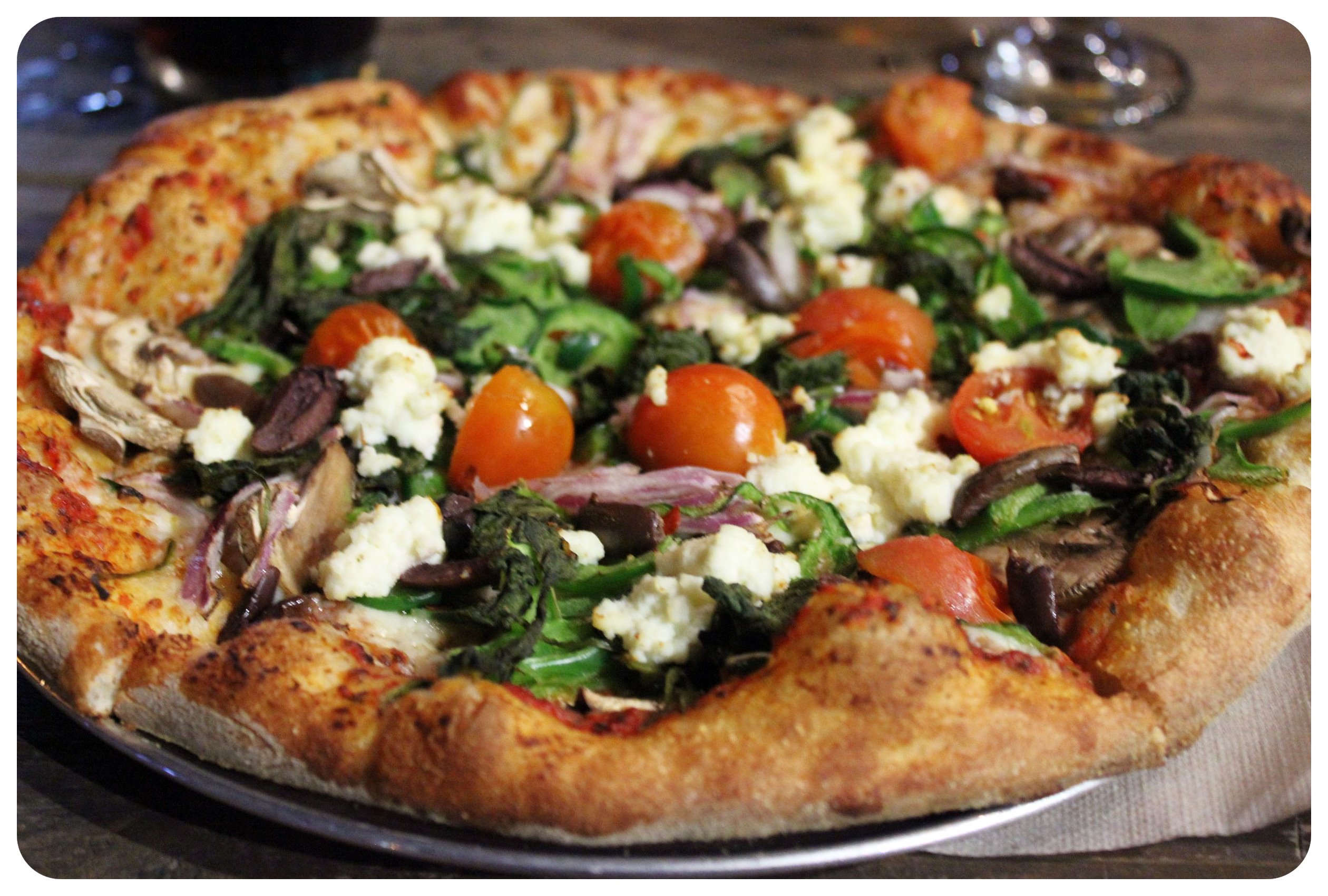 Without further ado: Twelve of the best restaurants in San Francisco, ranging from tacos and pizza to oysters and fine dining.

The Mission District is a mecca for foodies – thanks to its large Latino population, you find a myriad of Mexican, Latin American and Central American eateries here, and to choose a place for a burrito can be overwhelming. I suggest La Taqueria, which was recently awarded the title America’s Best Burrito. Head there to find out if they deserve this recognition, but the continuously great reviews and long lines speak for themselves. What makes the burritos here special is the fact that they don’t have rice. Instead, the flour tortillas are filled with pinto beans, meat, and toppings that include salsa, guacamole and hot sauce.

Tip: Order your burrito dorado and it will be seared on the plancha until it is crispy on both sides.

Honorary mention: El Castillito (136 Church Street, Castro). What’s special about them is that they melt the cheese inside of the tortilla. 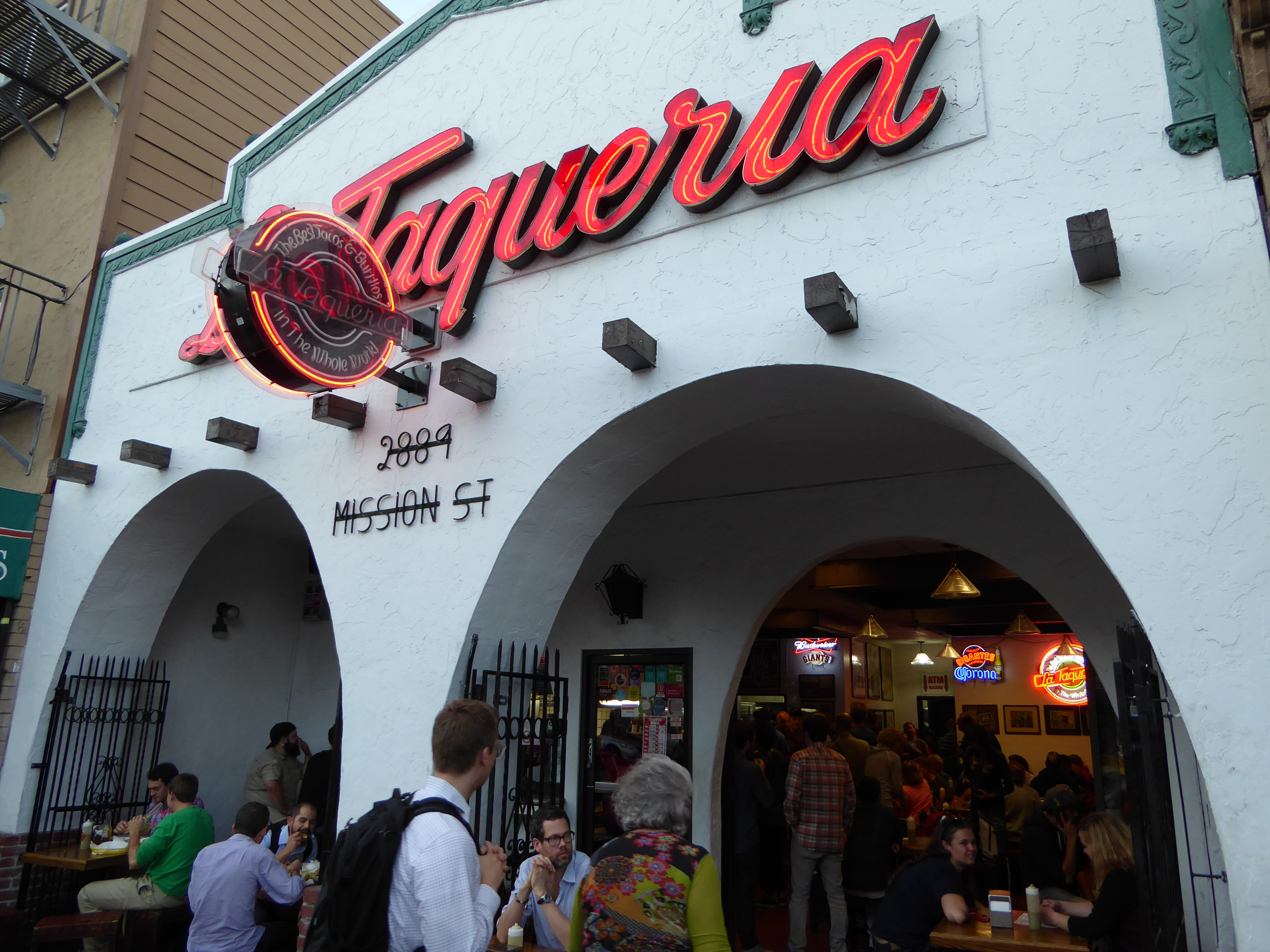 Taqueria Cancun is one of San Francisco’s most popular taco places and has now three locations (in the Mission, SoMa and Bernal Heights) for a reason. It is famous for its tacos al pastor and carnitas. The tacos are loaded with meat, fresh avocado, salsa and sour cream. If you’re in the mood for a burrito, you’re at the right place too. Their Al Pastor Super Burrito is super yummy and super filling. 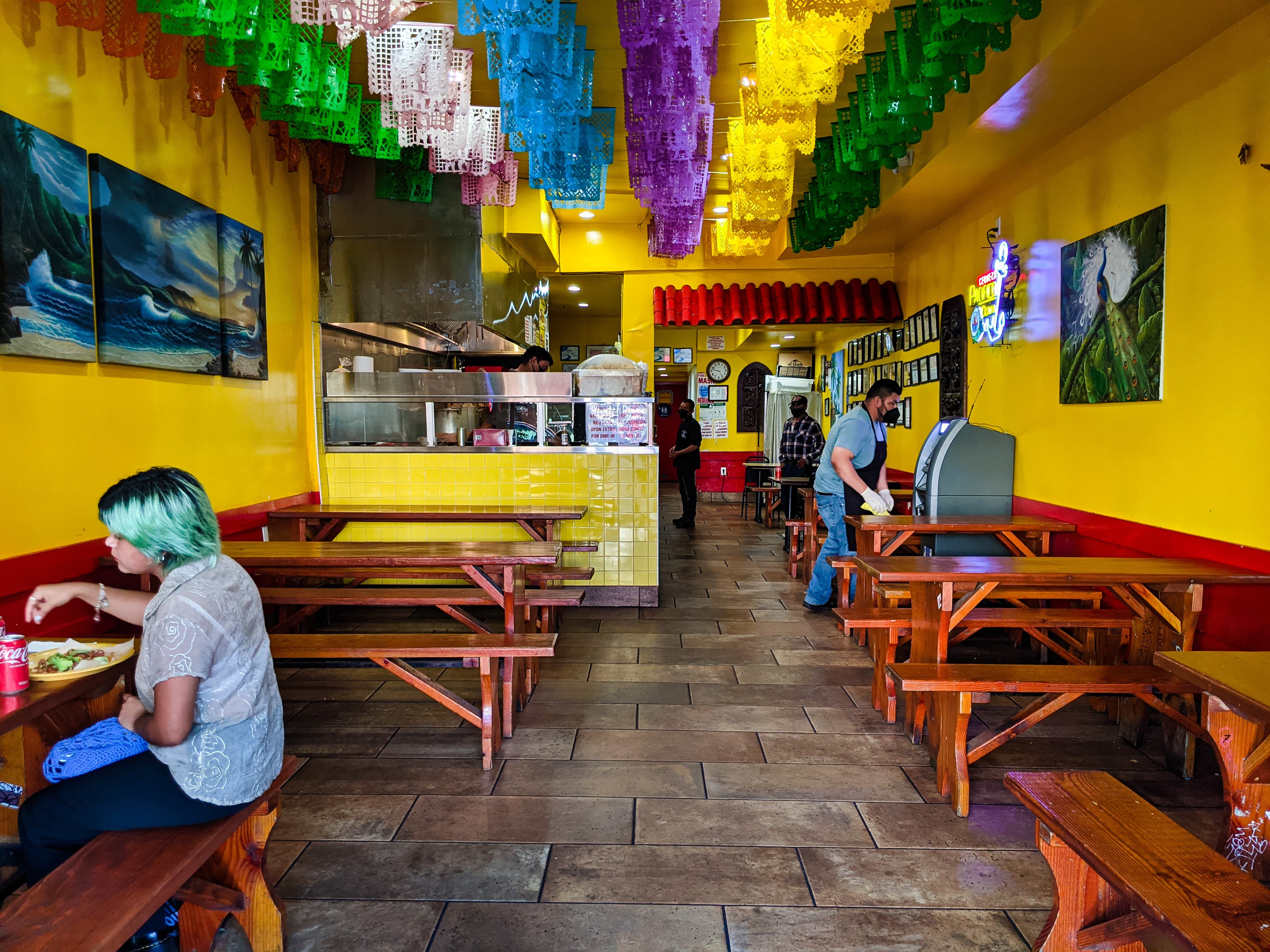 Delfina’s has been going strong for 17 years and has so many loyal local fans that it has now two locations in the city: in the Mission and in Pacific Heights. If you try one of their pizzas, you’ll understand why. The intention of the owners, Annie and Craig Stoll, was to bring Neapolitan-style pizza to the Bay area, and that’s exactly what they did. The pizzas are thin and delectable, chewy and crisp, and the crust is absolute perfection!

Tip: If you’re not too keen on pizza, try their signature spaghetti or their fresh burata. Trust me, you won’t regret it.

From burrata to arancini, pasta to Pig Roasts, and pie after pie after pie (after pie), our #2016bestnine only begins to capture all the unforgettable moments – and dishes! – 2016 held. Thanks for a great year. Here’s to 2017!

4505 is known for its quarter-pound grass-fed beef patties, which come from a California farm near the Oregon border. Especially the cheeseburger gets a lot of praise (topped with Gruyère cheese and served on a buttery, crisp sesame- and scallion-topped bun with a secret sauce) – it was voted as one of the 33 best burgers in all of America and the best burger in California.

Tip: As the name indicates, 4505 does not only serve burgers, but also BBQ fare: the brisket and the pulled pork are well worth trying, too. Another beloved item on the menu is the Frankaroni (a fried mac-and-cheese-and-frankfurter patty). 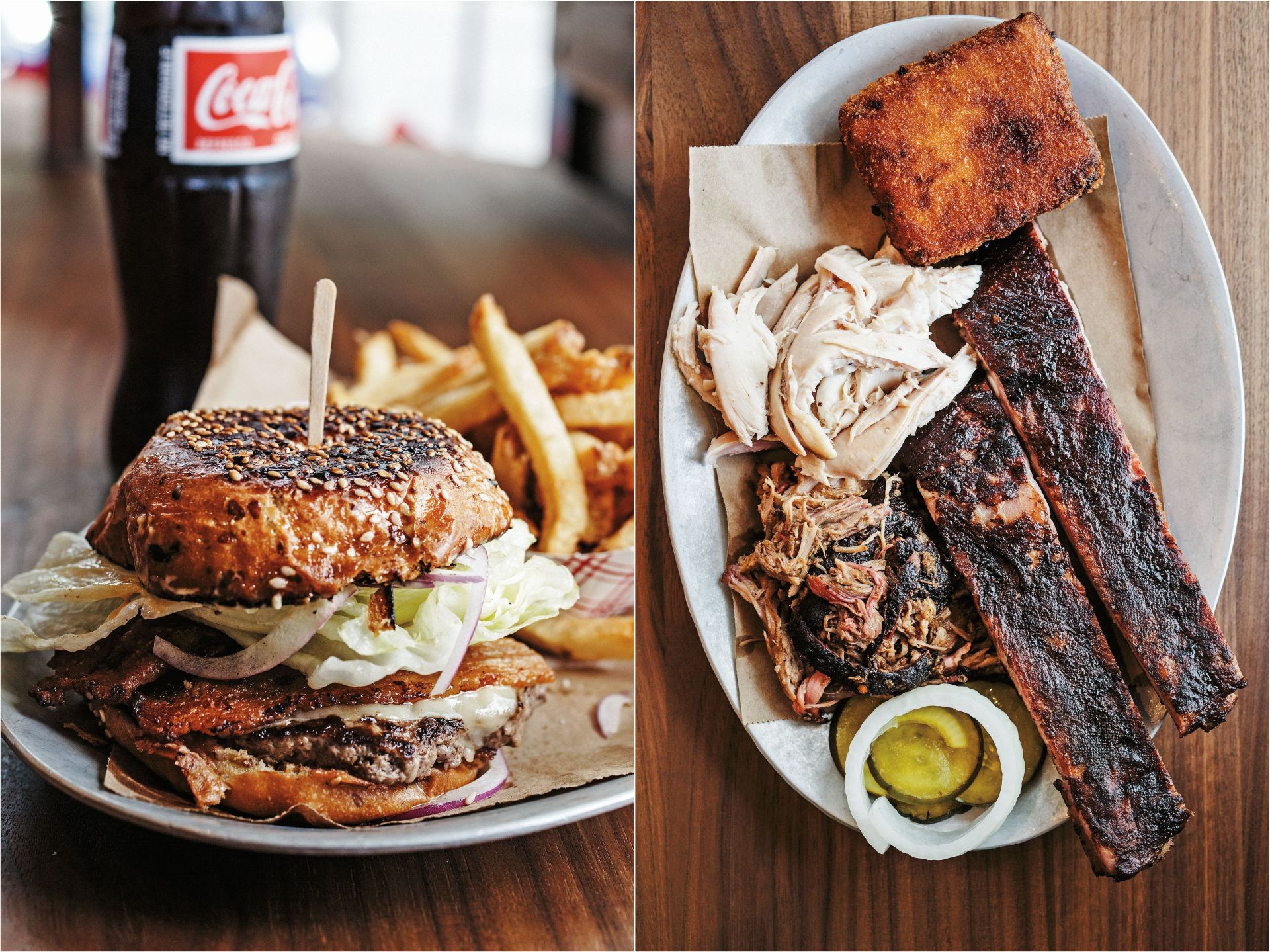 In the summer months, the long line outside Bi-Rite Creamery can be intimidating, but trust me, the ice cream is worth the wait. You’ll notice that it is much creamier than other ice creams, and that’s because they use a higher ratio of cream to other ingredients than other ice cream parlors.

6 Best For A Decadent Brunch: Nopa

Nopa is listed as of the 20 best restaurants in San Francisco, and in a city with well over 4,000 restaurants, that’s saying something! Most people come here for the wood-grilled burgers (see #4) and the pork chop, but I recommend coming for a decadent brunch. It’s not the cheapest place for brunch (or dinner), but it is money well spent.

Whatever you order, make sure that you also get an order of the Custard French Toast (they also have half orders) – you’ll thank me later. You can’t go wrong with any of the other dishes either – they are all finger licking good. Try the Butter Basted Eggs with Tasso Spiced Ham, Soft Polenta, Brussels Sprouts, Romesco and Parmesan Reggiano for example, or the Green Chorizo with Pinto Beans, Red Rice, Braised Greens, Feta and a Poached Egg. Definitely order a brunch cocktail with your dish – they are amazing.

A closeup of a fundamental brunch item from @thewongway. Indeed it is hard to go wrong with this French toast. 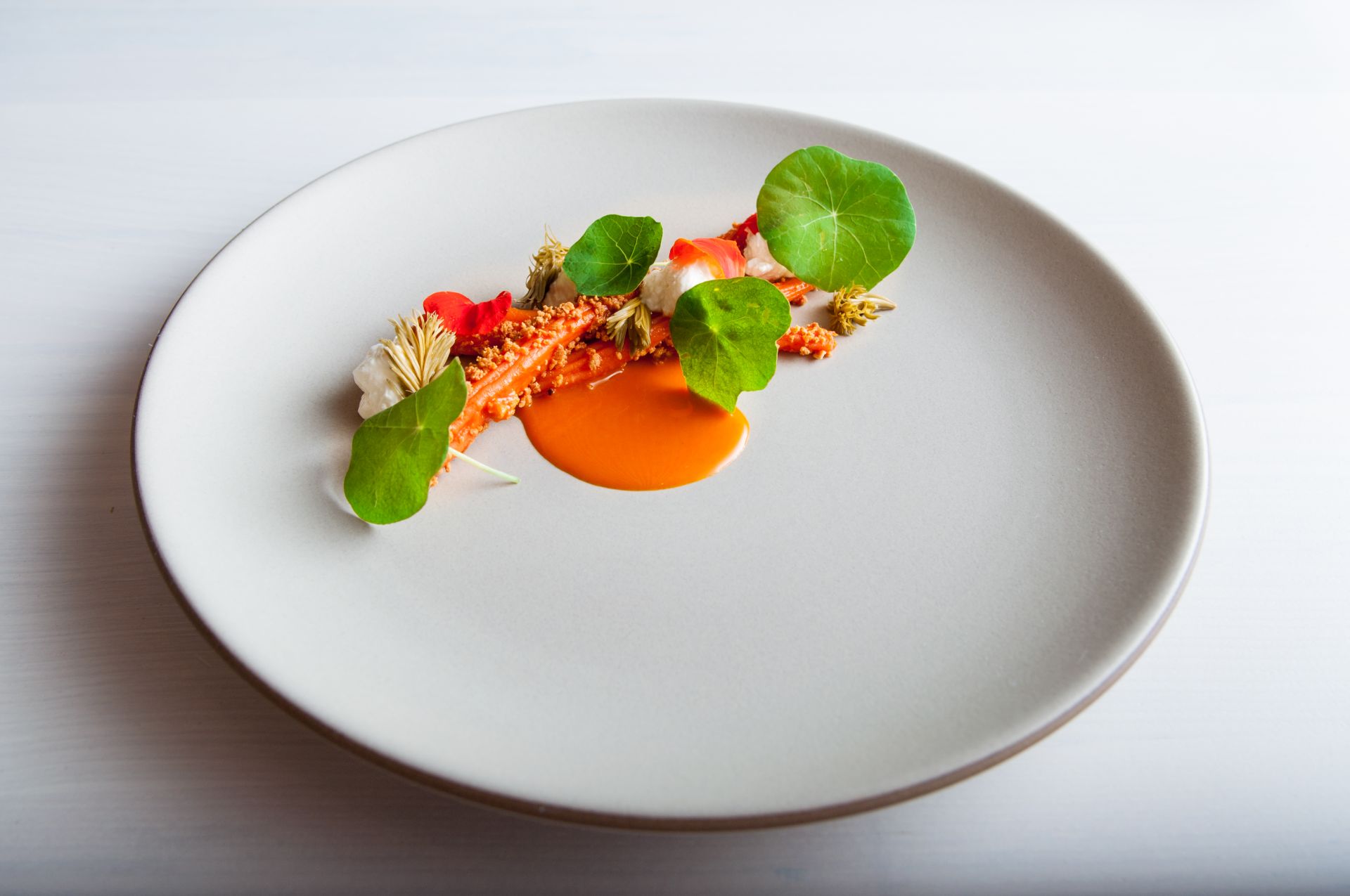 The popular Market Street bistro is perfect not only for a date night, but for pretty much any occasion. The space is just as charming as the food is tasty. If you’re planning to come here, make sure to book a table in advance. The roast chicken is the dish that stands out here, but the burger is also regularly named as one of the best burgers in the city (served on grilled rosemary focaccia). Still, the chicken for two roasted in the brick oven, served with a warm bread salad, is unforgettable. If you’re not in the mood for a big meal, it’s also worth popping in here for some oysters and a cocktail at the bar.

First of all, Don’t expect a proper sit-down place when you head to Devil’s Teeth Baking Company. Do expect long lines, especially on weekend mornings. Come hungry and bring patience and you’ll be rewarded with one of the best breakfast sandwiches of your life. The biscuit-topped breakfast sandwiches are super filling, and you can choose between the classic bacon-egg-and-cheese ($5.50) and the more extravagant version with scrambled eggs, thick applewood smoked bacon, pepper jack cheese, avocado, and lemon-garlic aioli ($6.75).

Tip: If you come on a Sunday, you’ll get to enjoy the delectable $1 beignets.

State Bird Provisions made headlines around the country when it opened in 2012 and was promptly rewarded the title ‘Best New Restaurant in America in 2012’ – and that’s because of its very own take on the concept of dim sum. Self-described as ‘a restaurant without any programmed elements’, State Bird Provisioins serves dim sum-style ‘provisions’, or bite-sized portions of California fare with a Japanese touch. Don’t expect dumplings here – instead, you’ll get specialties like smoked trout-pickled onion ‘chip & dip’; or sourdough, sauerkraut, pecorino & ricotta pancakes; or curry roasted cauliflower with smoked date purée and pistachio. The ‘provisions’ are served dim sum–style on rolling carts, but there are also ‘Pancakes’ and ‘Commandables’ – the latter two served as à la carte items.

The Michelin star is well-deserved, but made it nearly impossible to snatch up a reservation on short notice. One thing you need to know if you’re planning to eat here: make your reservation well in advance, or you’ll be in line for up to two to three hours, especially on weekends (not kidding). But on the upside, the fabulous seats at the chef’s counter are set aside for walk-ins.

Leo’s Oyster Bar is worth a visit for its retro 70s atmosphere alone – resembling a Golden Era oyster bar that is split up in a ‘Dining Room’ and a ‘Champagne Room’. In addition to a large variety of oysters, you can get clams, lobster rolls, crab legs, crab cakes, mussels and a selection of divine cocktails. The oysters carbonara and the deviled egg with fried oyster on top come highly recommended, and Mr Nicholas’ Liquid Lunch – a vodka or gin martini served with pickled vegetables and olives – gives you the perfect excuse for a midday drink. And since the bar is located in the Financial District, close to many San Francisco hotels, you’re likely to walk by Leo’s Oyster Bar at some point anyway – so make sure to check it out, the decor alone is worth a cheeky drink and some oysters.

Tip: There’s not just one bar at the back, but two, so don’t stop at the first door. 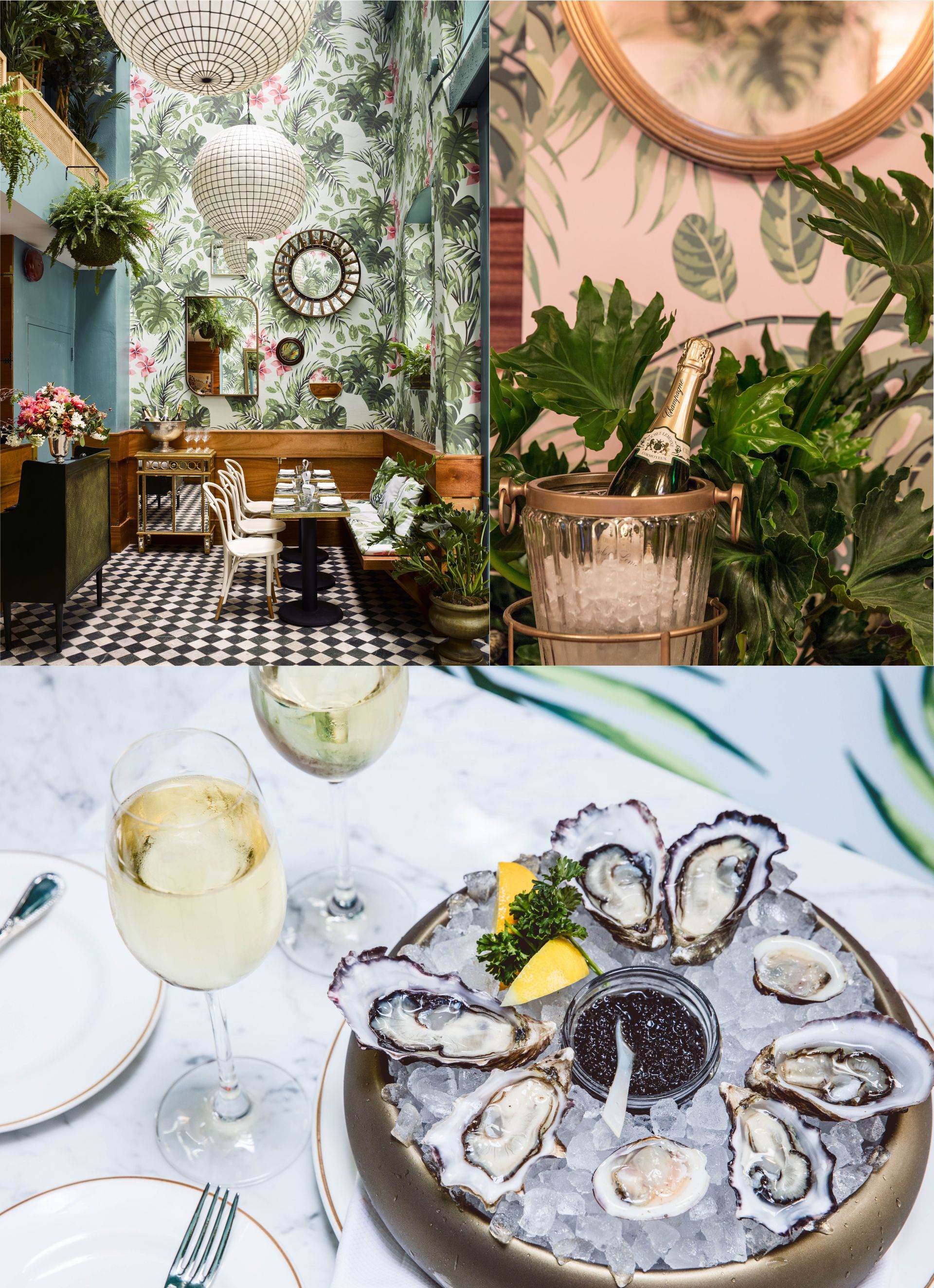 Aster is currently one of the – if not THE best place for an exquisite dining experience in San Francisco. Rewarded with 1 Michelin star, chef Brett Cooper cooks up his artful, inventive creations in a quiet corner of the Mission District, combining ingredients you wouldn’t normal think go together but that end up complementing each other extraordinarily well. I recommend ordering the tasting menu which is at $65 (additional wine pairing $36) very reasonably priced. With four options for each course, you still get to personalize your dinner, or you can order a la carte (main dishes start at $27.)

2020 Update: Even though Aster was regularly named one of the best restaurants in San Francisco, it surprisingly closed in 2019.

In Situ is a new fine dining venue inside the recently re-opened San Francisco Museum of Modern Art, SFMOMA, and chef Corey Lee, who received three Michelin stars, has curated a menu of dishes to which over 80 chefs from all over the world contributed. Since opening in June 2016, the restaurant has already received a ton of praise, including a huge praise from the New York Times who declared it the best new restaurant in the country. There couldn’t be a better spot for In Situ than inside an art museum, because the restaurant itself can be seen as an art installation

The flavors of the (currently) 15 dishes on the menu are as spread out across the globe as the chefs are who contributed to the remarkable menu. Sophisticated eaters will appreciated being taken on a culinary journey that includes dishes from famous international chefs such as Virgilio Martínez of Lima’s Central, David Chang of Momofuku in New York, or René Redzepi of Copenhagen’s Noma.

Address: Inside the SFMOMA, 151 3rd Street 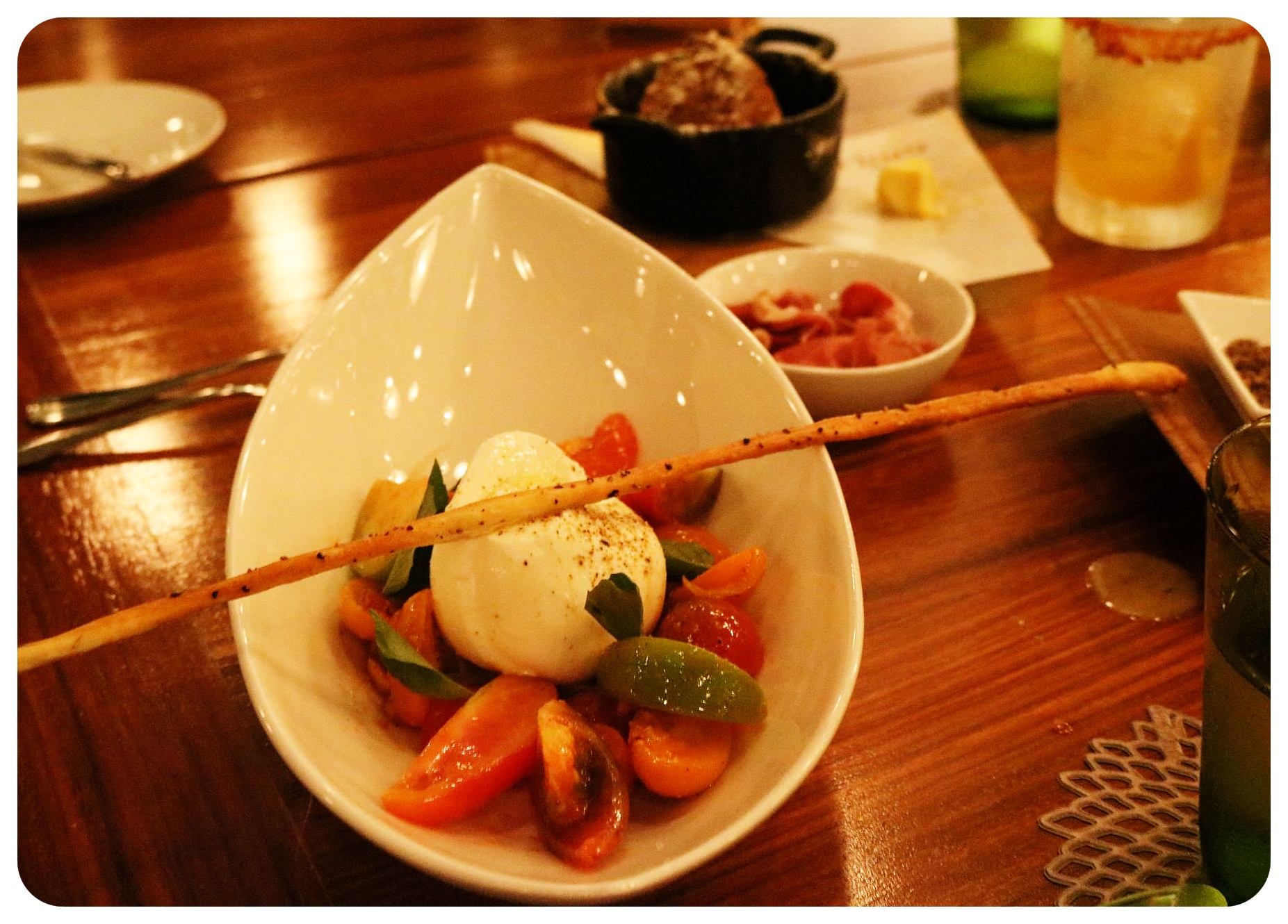 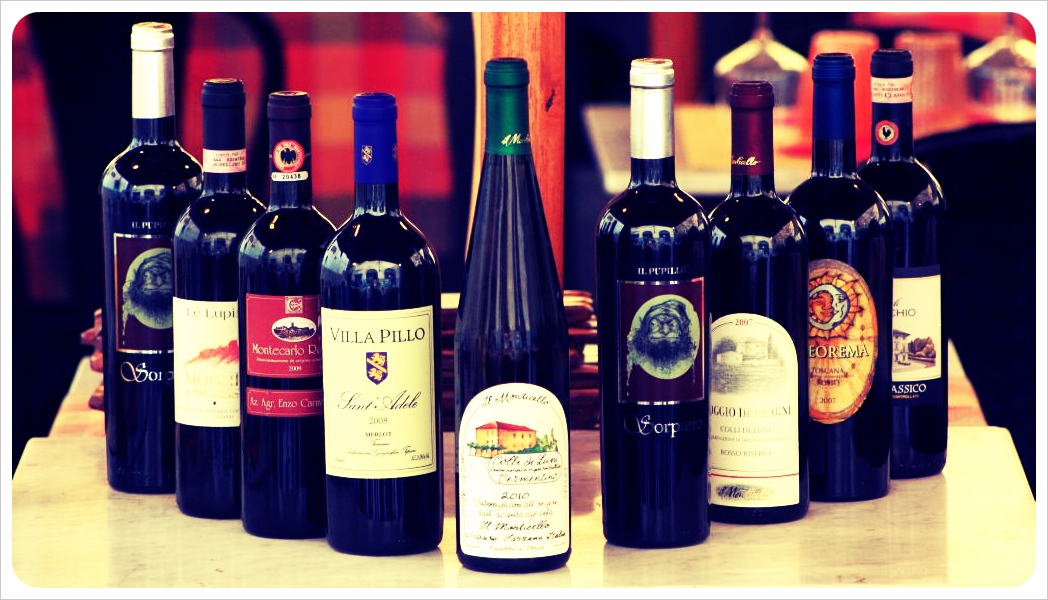 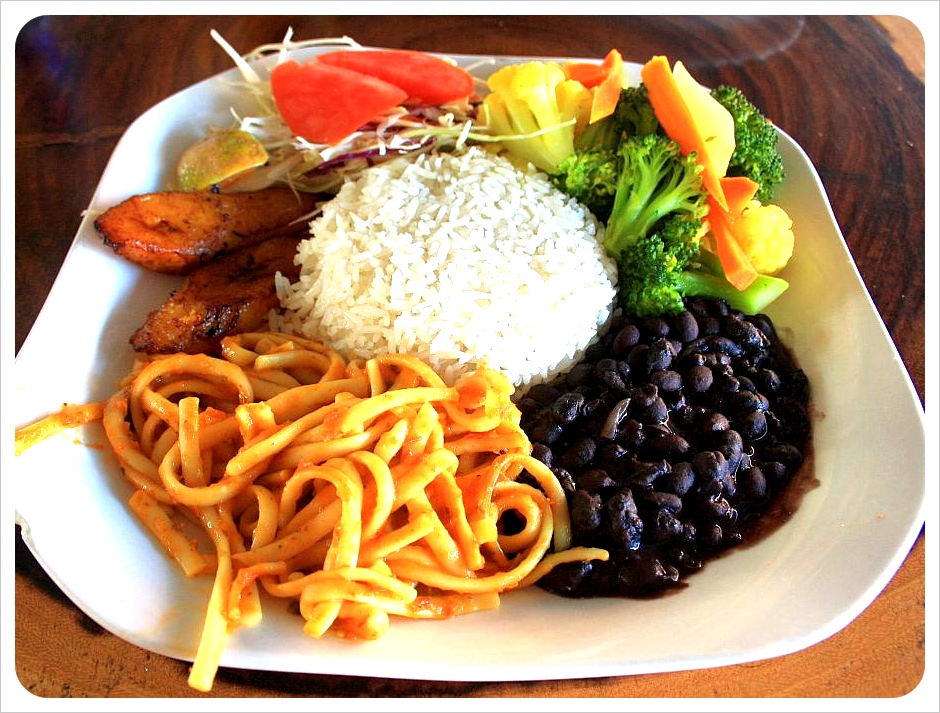 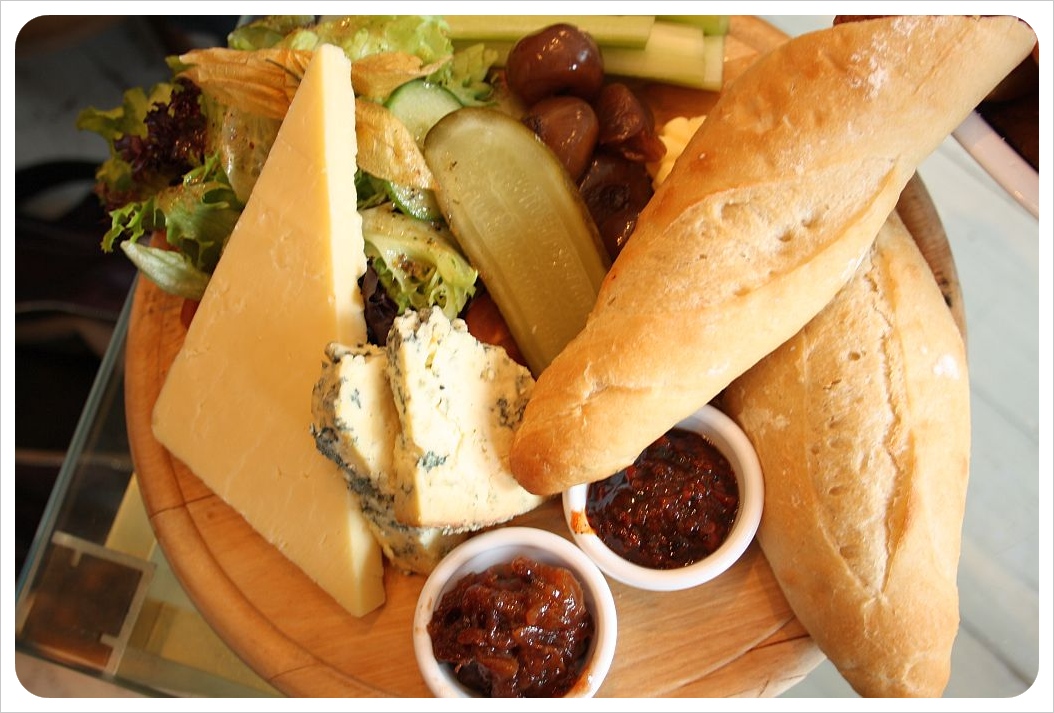 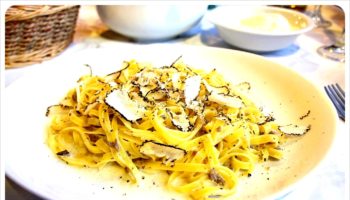