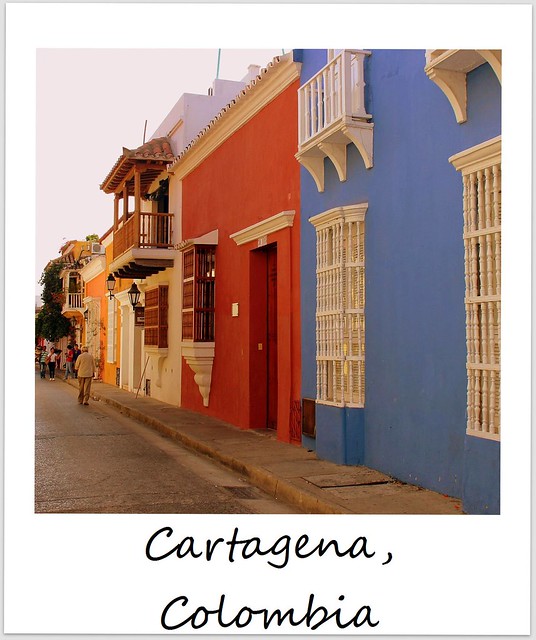 I made it to Colombia! I can’t believe that after all these years, I’m finally here. To give you a bit more background: when I (we) started traveling in 2010, I started in the U.S. and made my way south through Mexico and Central America. The goal was to go all the way down to Tierra del Fuego, taking a catamaran from Panama to Colombia via the San Blas Islands, which is supposed to be a beautiful trip (proven by the photos I’ve linked to!).

However, by the time we made it to Panama, we had been traveling through Latin America for 9 months and were ready for a change of scenery & culture. So we hopped on a plane to Europe instead of a catamaran. When we returned to South America, we timed it so that we’d be in Argentina and Chile for their summer and flew into Buenos Aires. And never made it further north than Peru.

Now, nearly five years after my first attempt to visit Colombia, I’m finally here. Admittedly, the trip didn’t start without hiccups (I’ll be talking more about them in my monthly roundup), but I am slowly easing back into the ‘Latino way of things’…

My first stop was Cartagena, a popular coastal town in the north of Colombia, famous for its beautiful walled historic center. Cartagena was one of the first towns to be settled by the Spanish, and the historic colonial town has been well preserved – I loved the charming 16th century plazas, cobble stone streets, wooden balconies and colorful buildings and took hundreds of photos!

The difference in temperature – from 32°F (0°C) in New York to 90°F (32°C) in Cartagena – was quite a shock to my system, which is why after a few days of exploring the city in the sweltering heat of the (eternal) Caribbean summer, we escaped to the beach. The beautiful Caribbean beaches that people are raving about are 4 to 5 hours east of Cartagena, and I’ll be spending the next couple of weeks working on my tan, checking out Tayrona National Park and afterwards cool off for a few days in the mountain village of Minca.

I’ll be back in Cartagena for a few more days after that, because the city deserves a couple of more days and I still want to get dirty in the famous Totumo mud volcano. If you’ve been to Colombia and have any tips for places to visit, feel free to share them in the comments.