Being built on various hills, San Francisco has a number of viewpoints for magnificent vistas of the city and the bay. Here are our Top 5 views: Coit Tower, which sits atop Telegraph Hill, offers both fabulous views from the top in addition to some fantastic murals inside. Even without entering the tower, the views from the 284 foot-high Telegraph Hill stretch over much of San Francisco. You can walk there easily from Fisherman’s Wharf or Chinatown and overlook the entire San Francisco Bay, the Golden Gate Bridge, the Bay Bridge, Alcatraz and the Financial District. 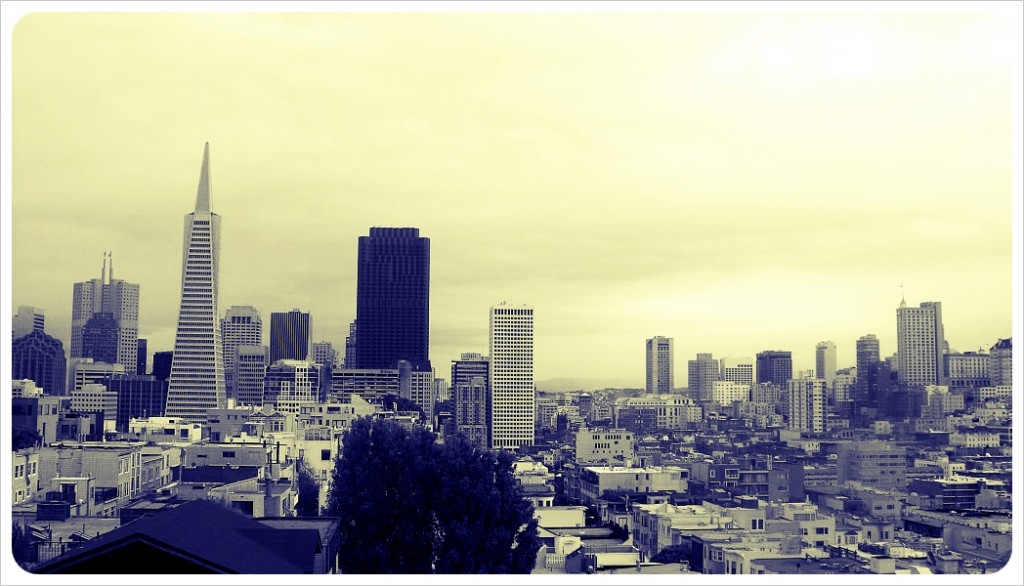 The vista point on Treasure Island offers the best views of mainland San Francisco’s financial district and the Bay Bridge. The small island in the San Francisco Bay (which is only accessible by car) is best visited at sunset or at night when the Bay Bridge and twinkling lights of the skyscrapers are at their most stunning.

A name more familiar to some as a television cult classic, the San Francisco area of Twin Peaks lays south west of the city centre and has the second highest altitude (910 ft / 280 m) in all of San Francisco (Mount Davidson being the highest). Twin Peaks might also be the most famous view point of the city by the bay. In good weather you have all of San Francisco spread in front of you including the entire bay. In addition to its views, it also is home to a lot of wildlife such as raccoons, butterflies, hawks and skunks. 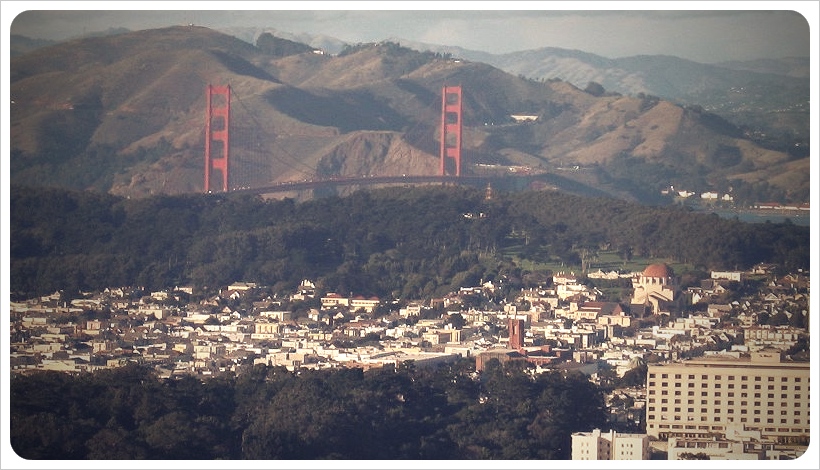 The viewpoint from Bernal Height Park is nowhere near as famous and only half the height (433 ft/132 m) of the Twin Peaks vista, but the views are equally as beautiful, especially of the Financial District, the Bay and both the Golden Gate and the Bay Bridge. Well off the beaten tourist path, Bernal Heights park is the perfect spot to sneak off too for a quiet picnic. With a name like Buena Vista, you can be sure the view is likely to be good. Just a short walk from Haight & Ashbury, Buena Vista Park is one of the highest hills in the city (569 ft /173 m) and once you conquer the steep climb to the top, you will be rewarded by the splendid views over the city.  Though the hill is very popular with dog owners and dog walkers, during the week, it is possible to enjoy the views from the top with few people around you. Not only recommended for the views, sprawl out on the lawn at the top with a good book or set up a romantic picnic for two.