Every traveler has different reasons to visit Central America – for some, it’s the outstanding wildlife in places like Guatemala and Costa Rica, for others it’s the stunning beaches, and some simply enjoy to soak up small town life in the many Spanish-colonial towns throughout Mexico, Belize, Guatemala, Nicaragua, Honduras, El Salvador, Costa Rica and Panama. One reason I was drawn to the region was the rich Mayan history and culture. As a history buff, I was always fascinated by the Mayan calendar, their hieroglyphs, and their pyramid-temples. Visiting some of their biggest cities in Mesoamerica was and still is a highlight of all of my travels. If you, like me, are fascinated by the Mayan culture, here are three Maya ruins that you can’t miss on a trip to Central America: 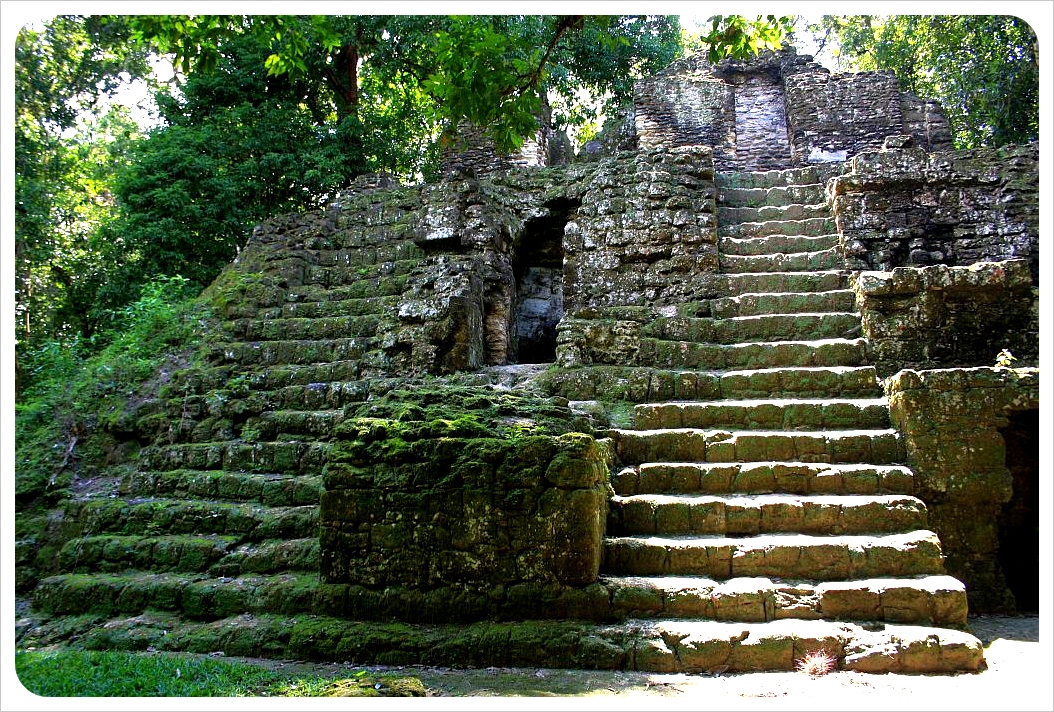 Three Maya ruins you have to visit in Central America

Tikal with its spectacular jungle setting and its palaces, ceremonial platforms, ball courts, temples and vast plazas is easily the most striking Mayan site. The two highest steep-sided temples, each rising over 144 feet (44 meters) into the sky – higher than the surrounding jungle trees! – are a sight that you won’t forget anytime soon. 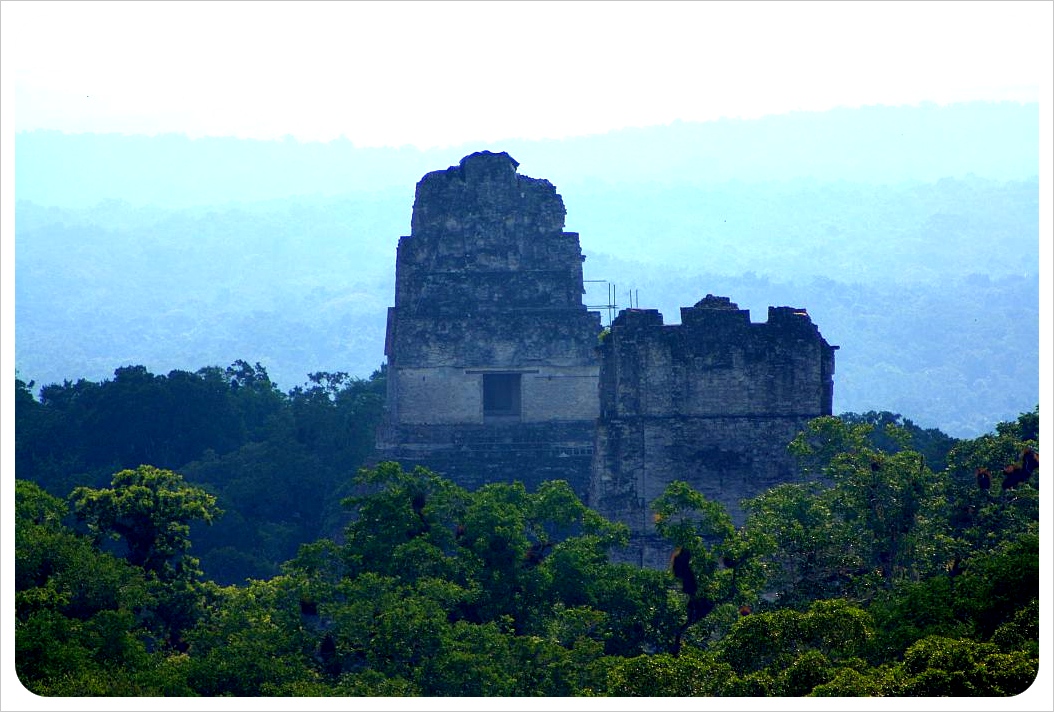 The ruin site comprises of 400 hectares, making it one of the largest Mayan sites in Mesoamerica, and many of its monuments have well preserved decorated surfaces, such as stone carvings, hieroglyphic inscriptions and mural paintings. These paintings depict the dynastic history of Tikal but also its relationships with other Mayan cities, such as Copan in Honduras or Calakmul in Mexico. 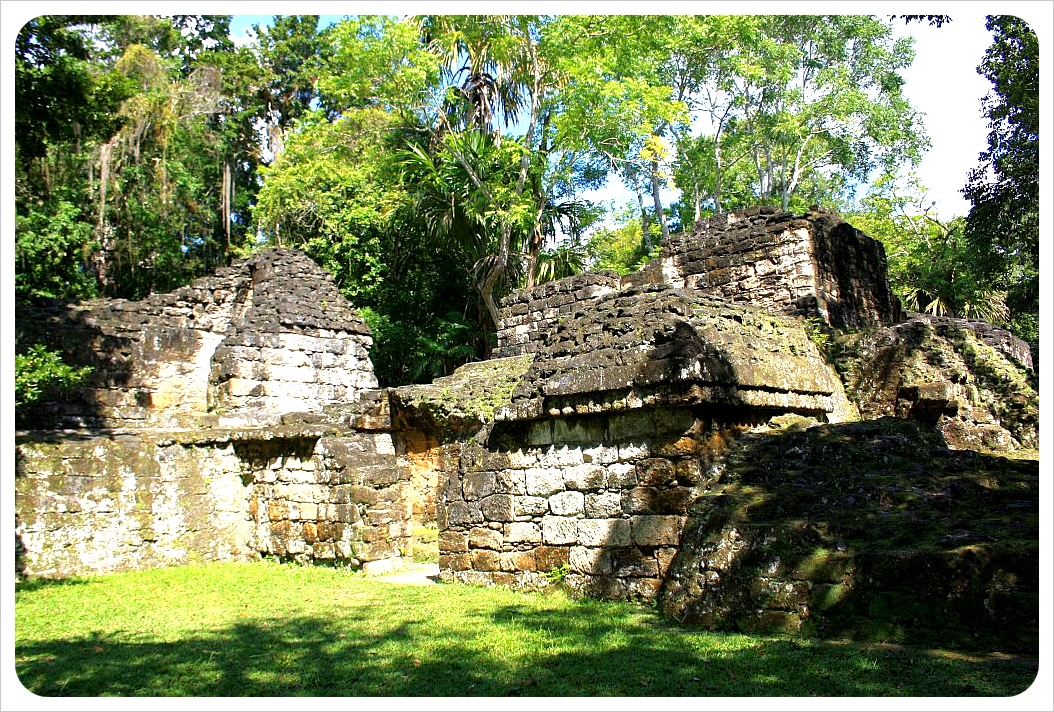 It is hard to pick a single Mayan site in Mexico – the Mayan Riviera is called that for a reason, and there are plenty of Mayan ruins to visit: Coba, Tulum, or Chichen Itza are just a few examples of the well-preserved Mayan empire in Mexico, but Chichen Itza is the one that held the most magnificence for the Mayans. 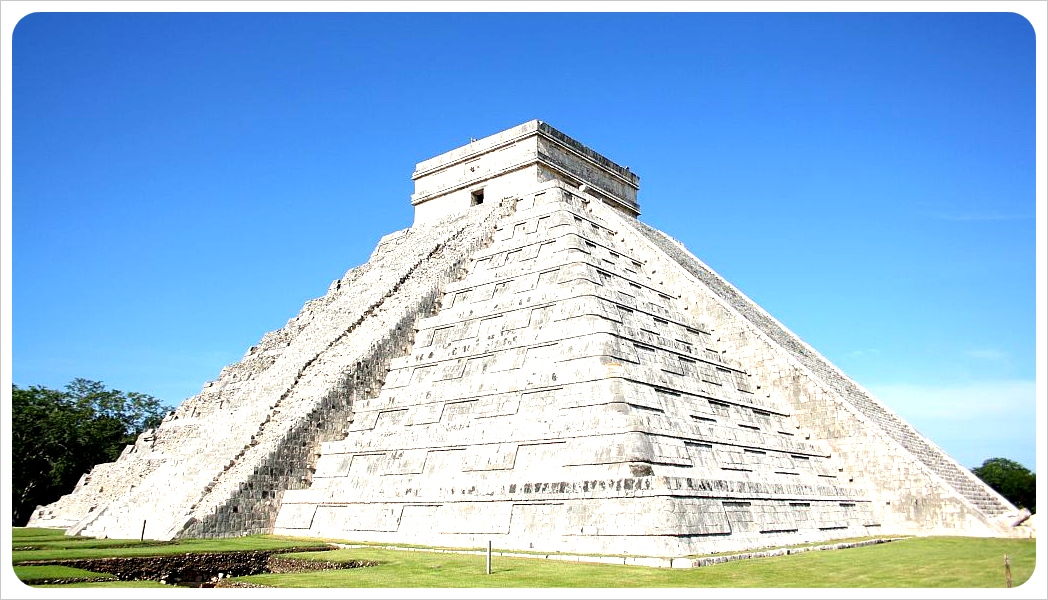 The city holds history of nearly 1,000 years, and has some of the most significant structures in Mayan history. The Warriors’ Temple, the circular observatory known as El Caracol, the step pyramid El Castillo which forms the centerpiece of the Mayan site. The columned arcades of Chichen Itza, the pyramids and temples, the ball court (which is the largest one known in Mesoamerica) all make the sacred city a Seventh Wonder Of The World, but it is also the fact that the 365-day calendar is prevalent here in the stone steps of El Castillo, and how twice a year, on the spring and the fall equinoxes, a shadow in the shape of a serpent falls on the pyramid, making this an astonishing spectacle to see this ‘snake’ descend the steps as the sun sets. 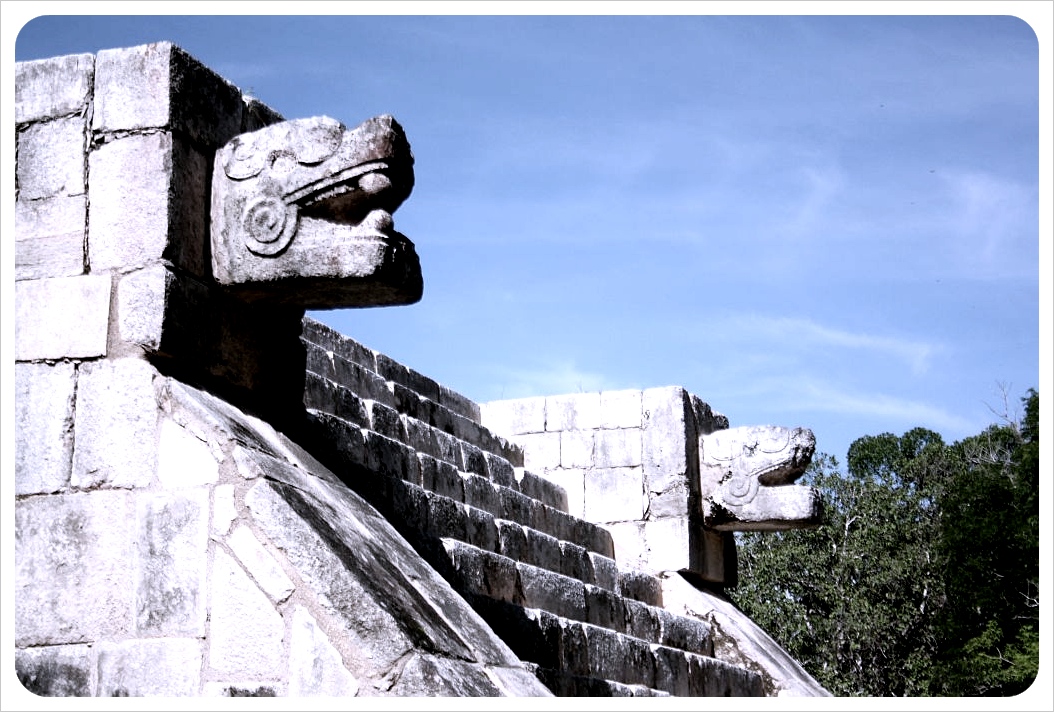 Copan used to be the political, civil and religious center of the Copan Valley, and the population here dates back to 1500 BC. The complex consists of the Acropolis and several plazas, like the Ceremonial Plaza with its remarkable stadium, the Hieroglyphic Stairway Plaza with more than 1,800 hieroglyphs (which is considered one of the most outstanding structures in the Mayan culture, and the longest Mayan inscription), ball courts and temples. 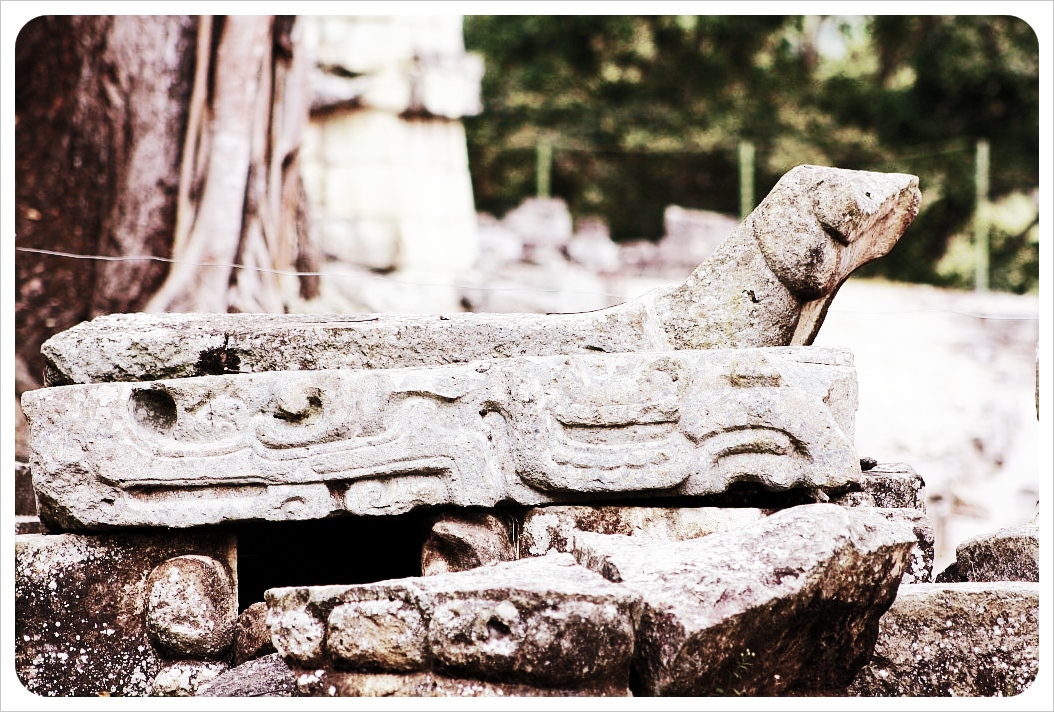 The city was reigned by a dynasty of 16 rulers who made Copan one of the most important Mayan cities during the Classic Maya Period. Despite being such an important Mayan site, it sees much less visitors than the Mayan ruins in Mexico, which makes it even more special – in some parts you’ll have the site entirely to yourself! 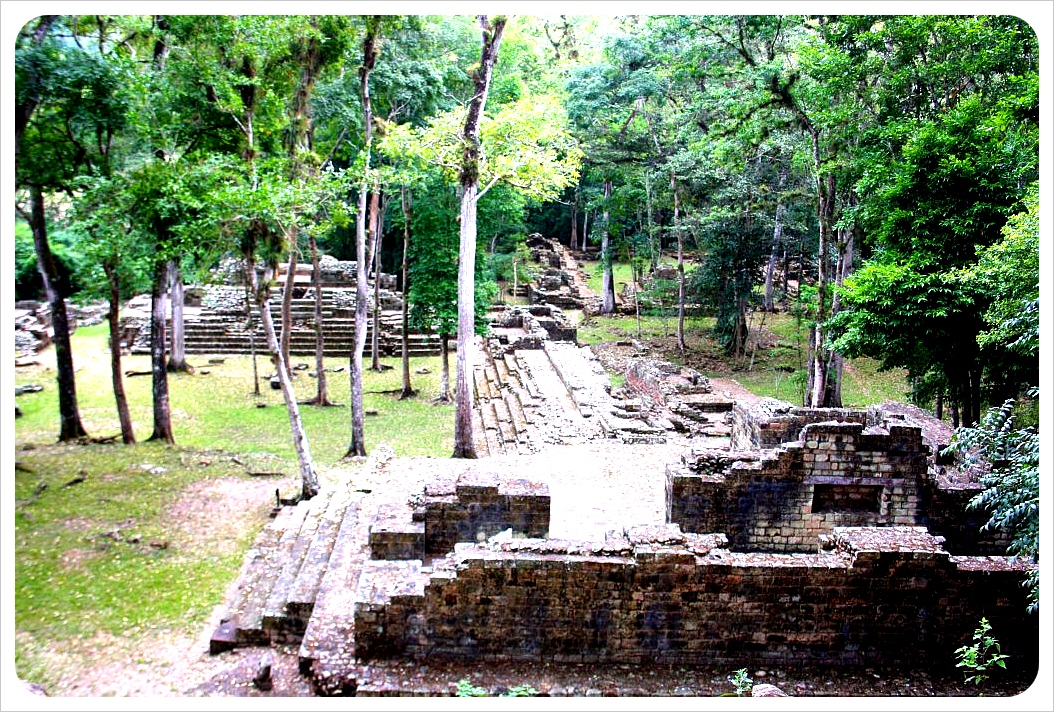 How to visit Maya ruins in Central America

Since Central America is pretty compact, it is easy to visit the sites independently, and use public transportation to get from one country to the next. 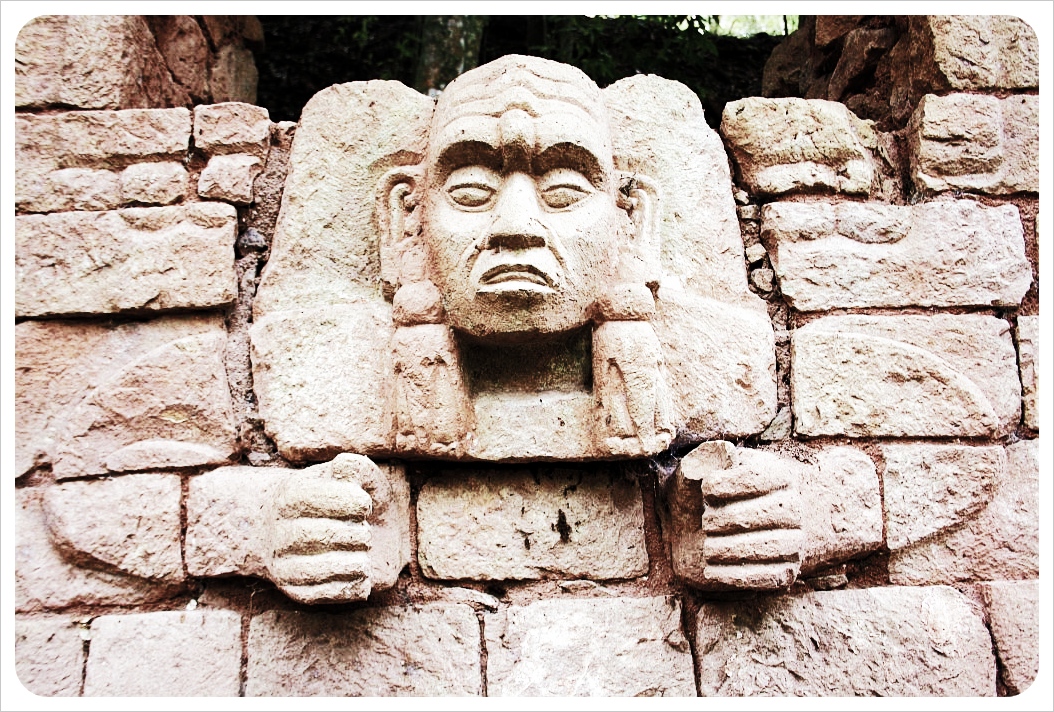 If you’re traveling independently, you’ll need to plan in some more time to see the Mayan sites, but with some clever planning, you can fit in Chichen Itza, Tulum, Coba (Mexico), Caracol (Belize), Tikal (Guatemala) and Copan (Honduras) into a 2-week trip. 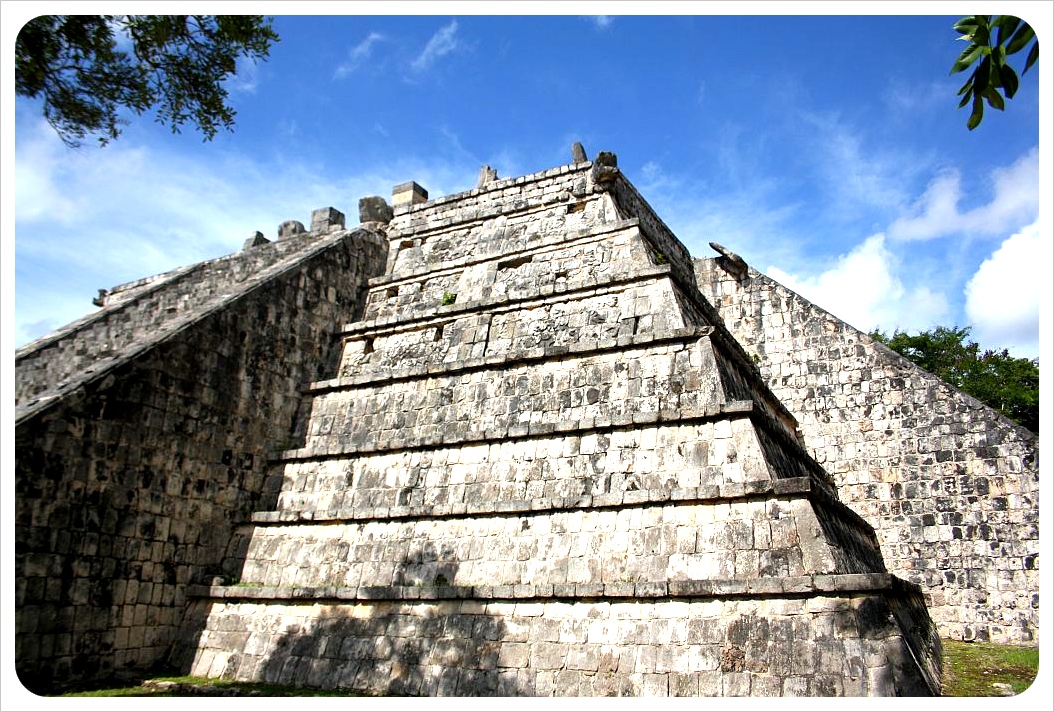 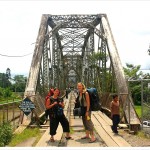