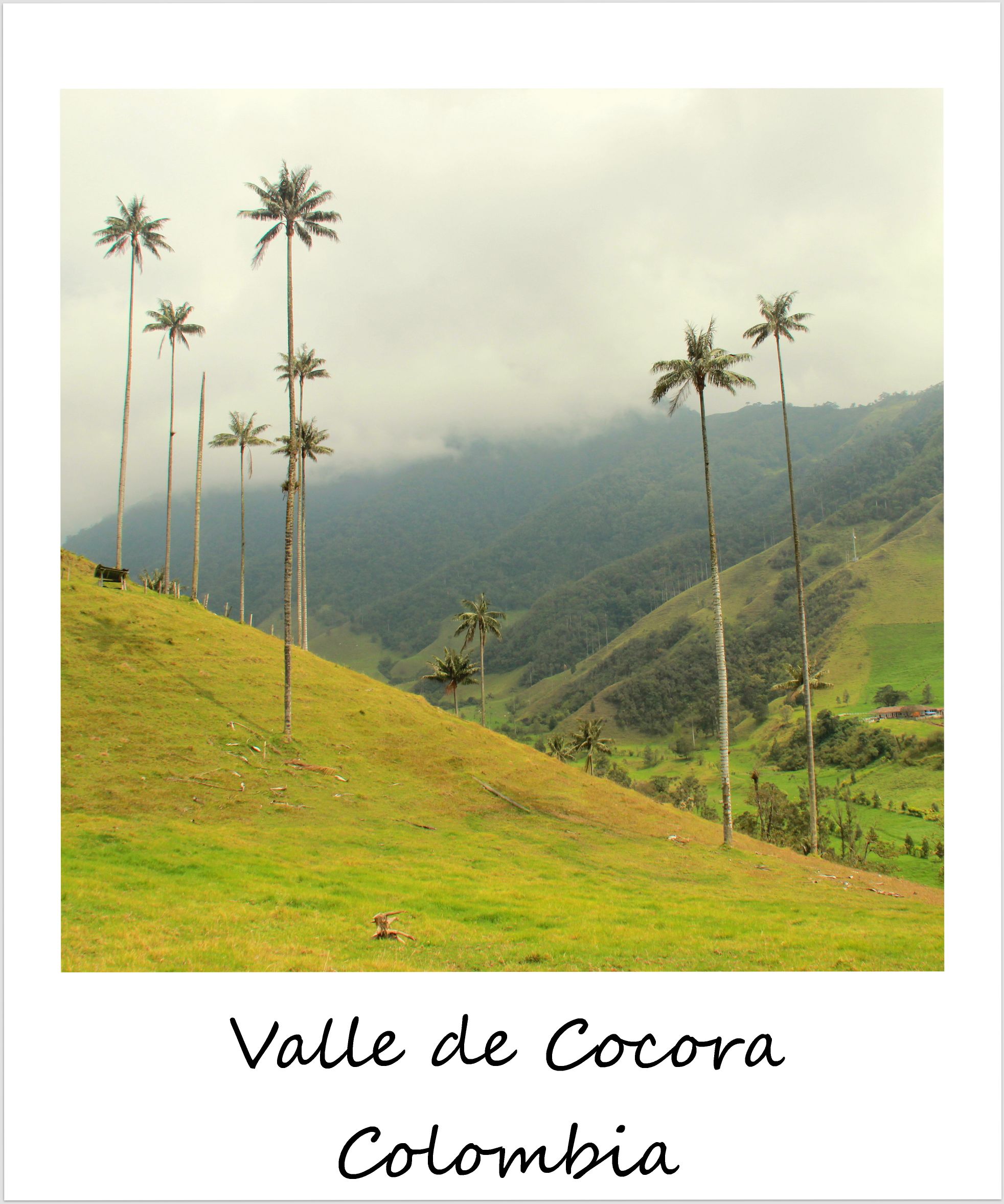 This week, I finally visited Colombia’s coffee region, which I had been anticipating since arriving in Colombia a couple of months ago. However, I must admit that I couldn’t enjoy the zona cafeteria as much as I had hoped for… which was partly because I was still battling my sickness (to which a stomach parasite was added) and partly because the weather didn’t fully collaborate.

I spent most of my time in the little town of Salento, known to be the heart of Colombia’s coffee region. The town itself, where almost all houses have colorful balconies or brightly painted wooden doors, was a fabulous place to base myself, with a number of cozy coffee shops to while away during the daily downpours, delicious restaurants to eat my way through, and enough artisan shops to make sure my backpack is now fuller than before!

For most people, the main attraction is not Salento itself though, but its surrounding: the lush green mountains, and the dozens of coffee plantations that make this region famous. And then there’s the region’s showstopper: the Valle De Cocora, a valley filled with giant wax palms which are unique to this area. These wax palms are the tallest palm trees in the world and can grow up to nearly 200 feet (60 meters) tall – it’s quite a sight to see these giants towering high above you while walking through the valley.

After a couple of rainy days and me still feeling a bit weak, I finally set off on the 4-hour hike into the valley, which is just outside Salento. The mountainous scenery was gorgeous, despite the clouds rolling in soon after I started my hike, which had me walk by cow farms, led through a cloud forest, and finally finished at a café on top of a mountains where I watched dozens of hummingbirds while enjoying a cup of hot chocolate.

The other thing I was excited about in Salento? The coffee, of course! This coffee lover couldn’t wait to tour a couple of the coffee plantations outside of town an I thought that coffee would be this week’s Polaroid. However, the combination of rainy days and me suffering from a stomach bug had me less excited about coffee once I got there, and I ended up only touring one coffee finca. It was my second coffee plantation here in Colombia after visiting Finca La Victoria near Minca in the Sierra Nevada Mountains in January, and even though by now I know a coffee bean’s way from the plant into my cup by now, I still enjoyed the visit of Don Eduardo’s Coffee Plantation, and my cup of freshly roasted coffee. I would’ve wanted to visit a couple of other plantations and the nearby town of Filandia that I’ve heard other people rave about, but I guess that has to happen next time I find myself in Colombia’s coffee country.

Polaroid Of The Week: A stunning sunset over the Bosporus | Istanbul, Turkey
Click here to cancel reply.

[…] my visit to the coffee region, I finally made it to Medellin, a highly anticipated stop on my tour of Colombia, and I was lucky […]

[…] to Pereira in the zona cafeteria. From there I moved on to Salento, the heart of the coffee region, hiked in the striking Valle de Cocora, and finally traveled further north to Medellin – which would be my last stop in Colombia… at […]