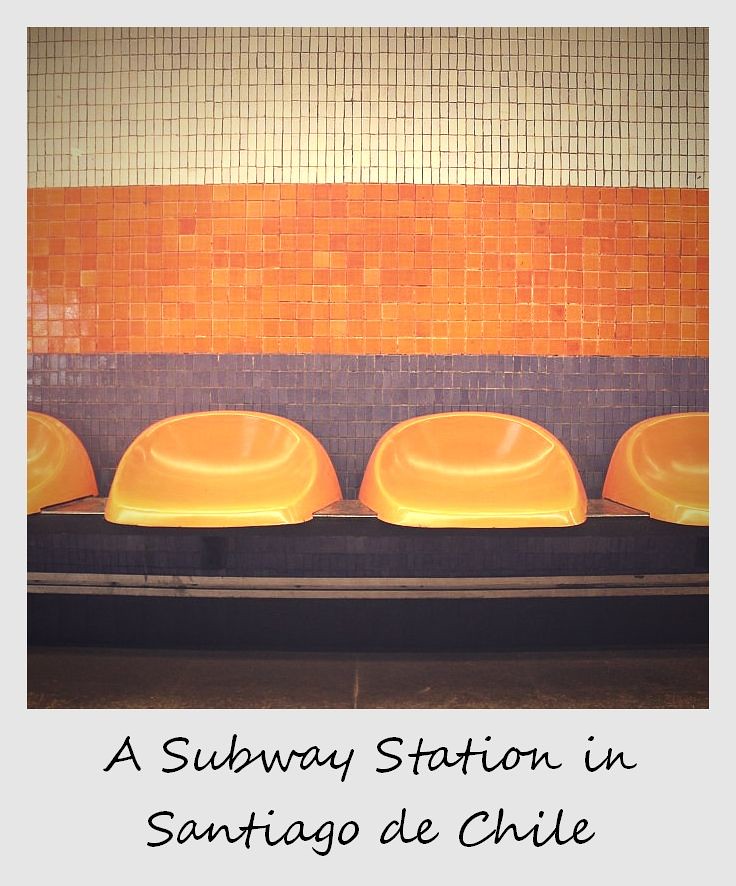 If you are following us on Facebook, you know we find surprises around every corner in Santiago’s subway. First, we just loved how most of the stations are very artsy and beautifully designed, then we spotted comfy lounge areas and we even found a pizza machine in one subway station! Some of the metro stations even have book exchanges or little libraries where commuters can pick up a new read for their way to work.

On time, clean and efficient, Santiago’s subway system also has a major focus on design and aesthetics. Many Chilean architects and painters have left their marks in the most important stations, like Mario Toral’s massive mural depicting the country’s history over three entire walls at the Universidad de Chile stop. Planned since 1944, construction didn’t start until 1968 and the first line was finally opened in 1975, over thirty years later. Today, the 6-million metropole is served by five lines that transport nearly three million people every day. Packed at almost any time of day, this week’s Polaroid depicts a rare, empty moment in the Pedro de Valdivia station.

[…] mentioned this in our Polaroid of the week series and there’s a good reason we’re bringing it up again here. Santiago’s […]