A few days before our departure from Buenos Aires, our friend Ashley emailed us her some recommendations for Santiago de Chile. Glancing through the list, there was one thing that caught my attention immediately: Coffee with legs. What is coffee with legs?!

It turned out that coffee with legs, or Café con piernas in Spanish, really refers to coffee shops in Chile where the waitresses wear short skirts to serve customers their coffee. Sure, the idea seemed a bit strange at first, like a caffeinated Hooters, but we had to think first that this was recommended to us by an American women. Second, if Chile was as conservative as we had heard, just how were these Cafes con piernas going to fit in the culture? So, we obviously took it upon ourselves to investigate! 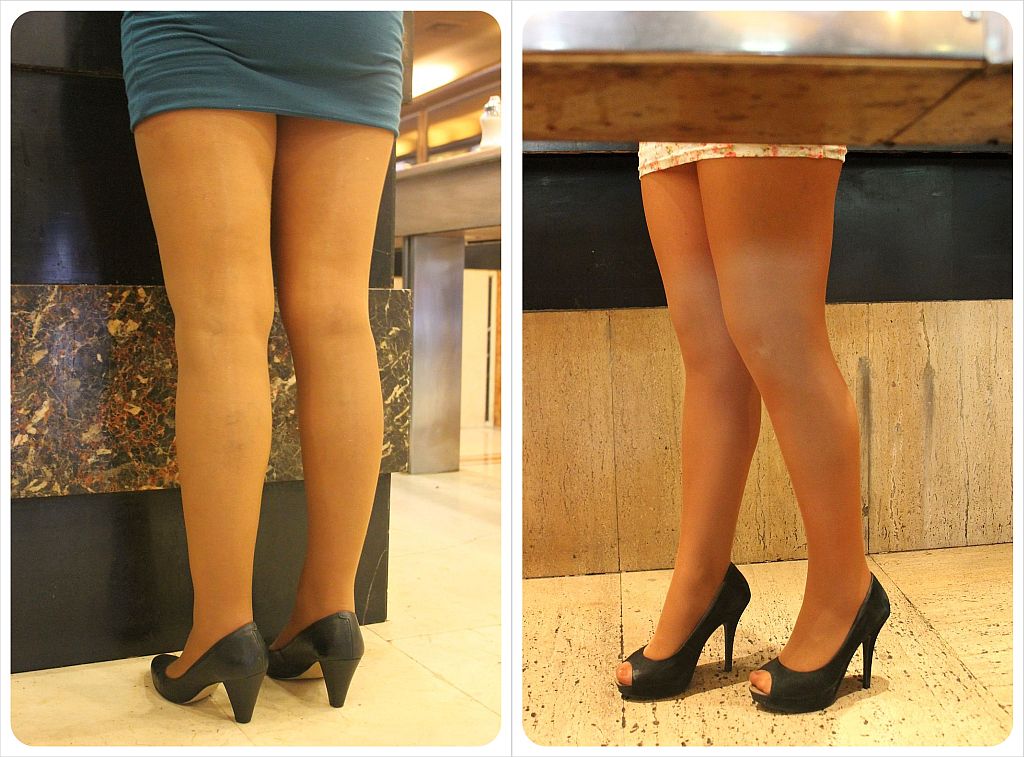 Chile is truly a a conservative country, where not even ten years ago, divorce was still illegal, and until the early 2000s, many Hollywood movies were shown heavily censored. LGBT rights are still extremely limited as well. And yet, right on our very first stroll through downtown Santiago, we passed several of these ‘legs’ establishments and when we worked up the courage to peek inside, it quickly became clear that they are much less creepy than we had imagined. The storefronts are wide open and not only men but also many women get their caffeine fixes around the counters. 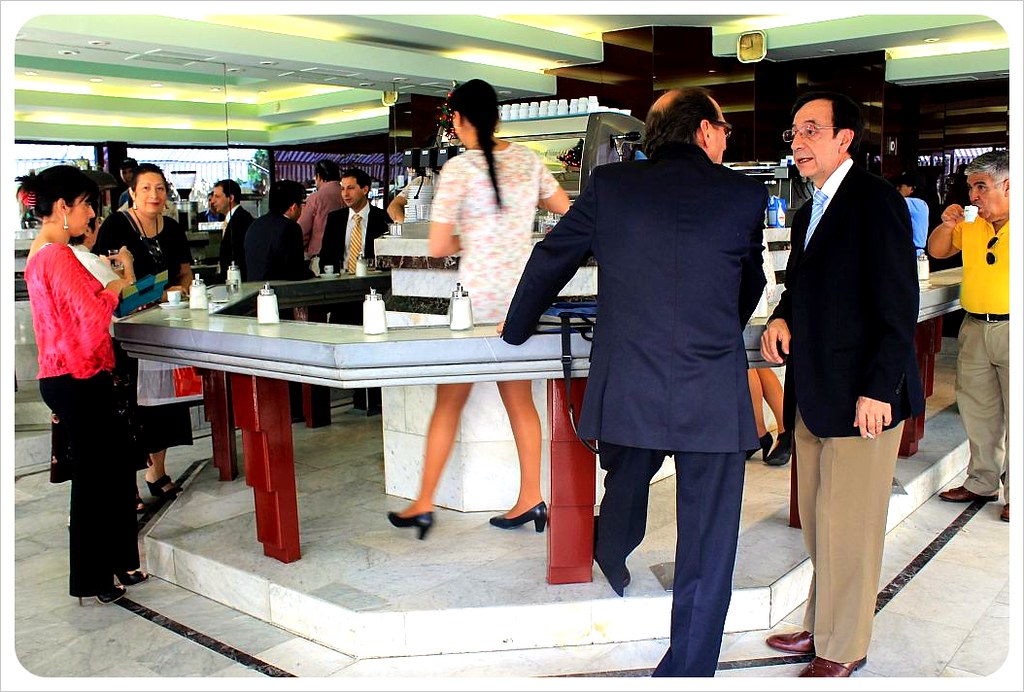 There are no tables here, instead people sip standing around the counters surrounding the Italian-style coffee makers and old-fashioned soda fountains (coffee is served with a small glass of soda water in Chile). The high walls are covered completely in mirrors, so that those would would like to can see the leggy waitresses no matter which side of the coffee shop they are facing. 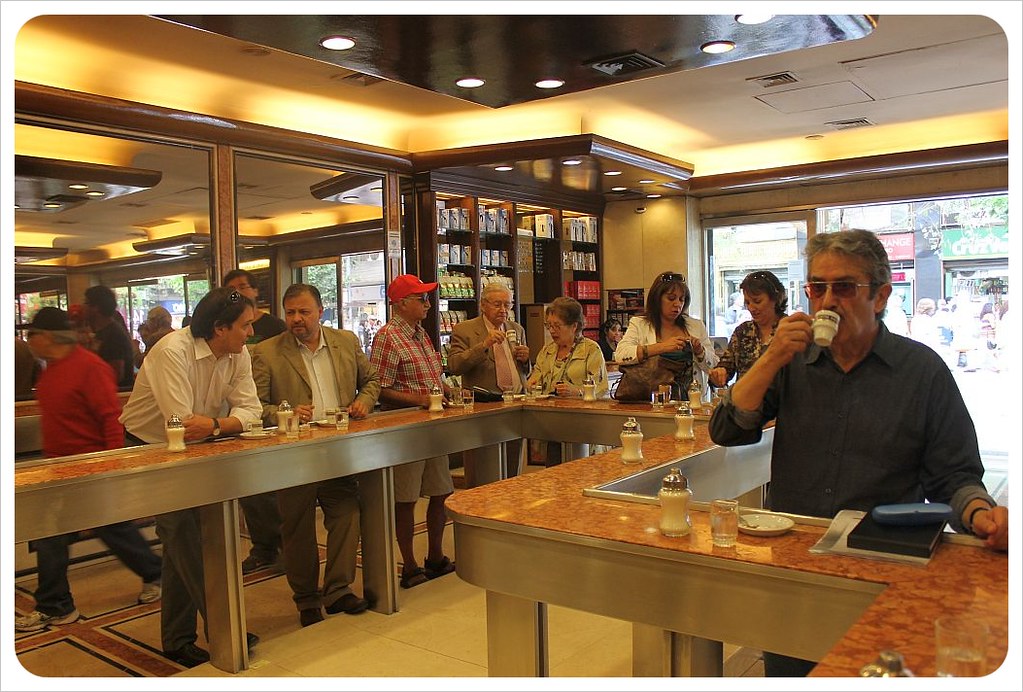 The counter tops don’t just leave the waitresses legs exposed, but all the customers as well. Perhaps Cafe con Piernas was meant more innocently at first that you would drink your ‘cafe’ on your ‘piernas’? Good guess, but not quite. 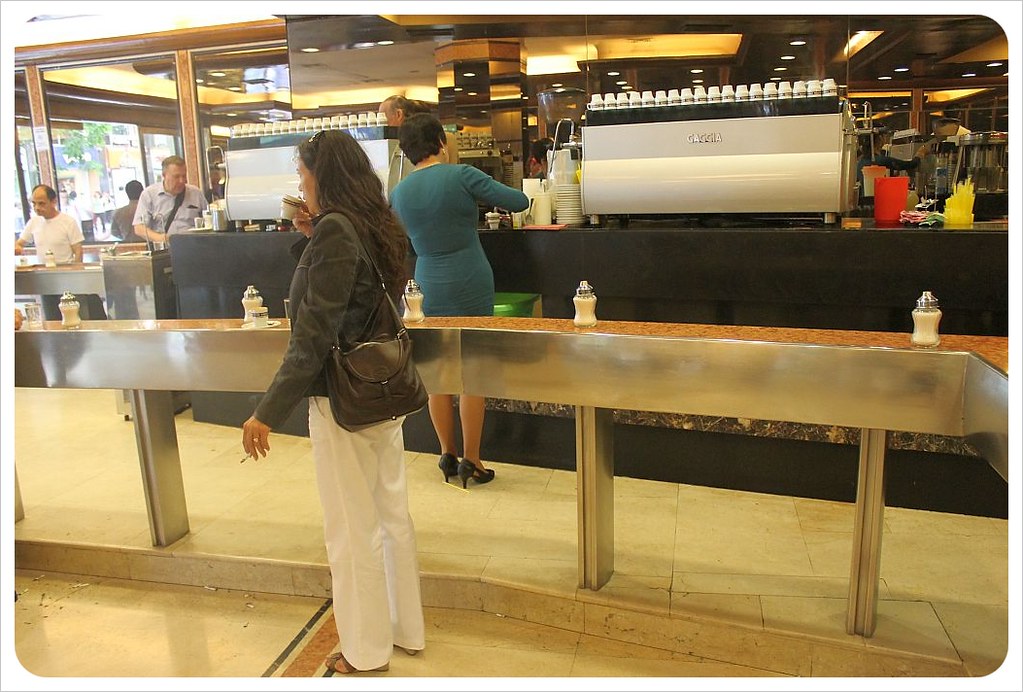 In the 1990s, a savvy Chilean businessman was tired of his countrymen drinking their instant coffee (which they most often still do) and vowed to bring Italian-style espresso bars to Chile. To get their attention and change their habits, the owner of the café had to come up with something really special and outstanding. 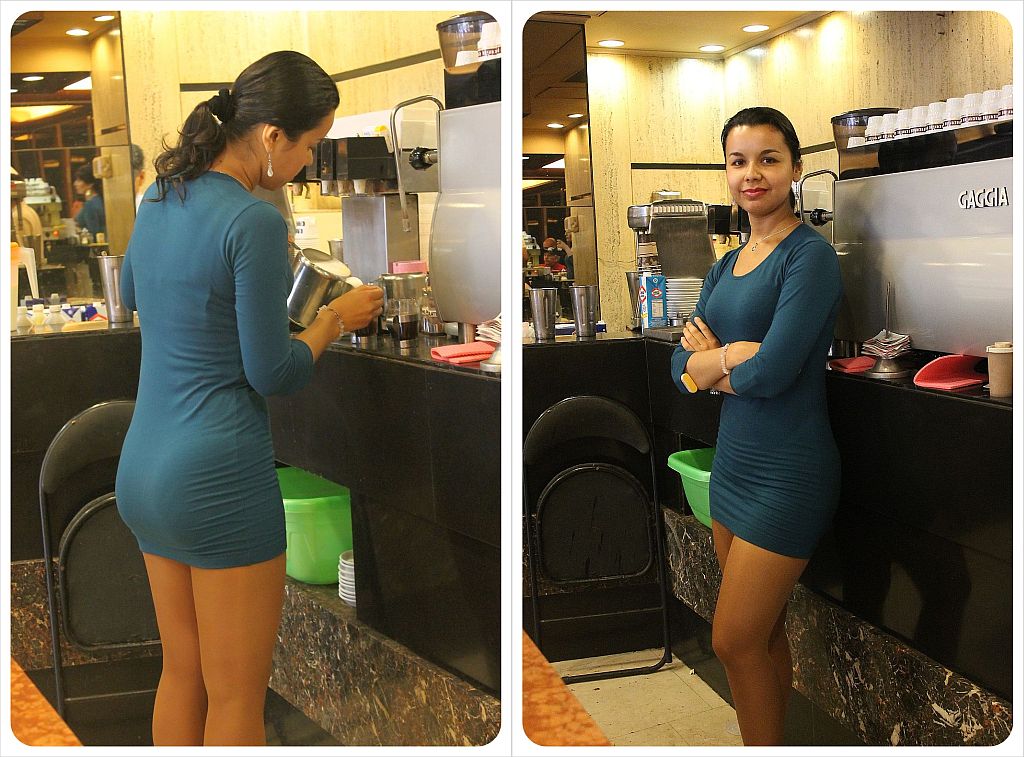 Considering it’s been over 30 years, the idea definitely stuck! Each of the Cafe con Piernas chains has a typical outfit that all waitresses wear, from classic black cocktail dresses to short flowered dresses, but always high heels. Having been a waitress myself for many years, I couldn’t imagine running around all day in these heels! 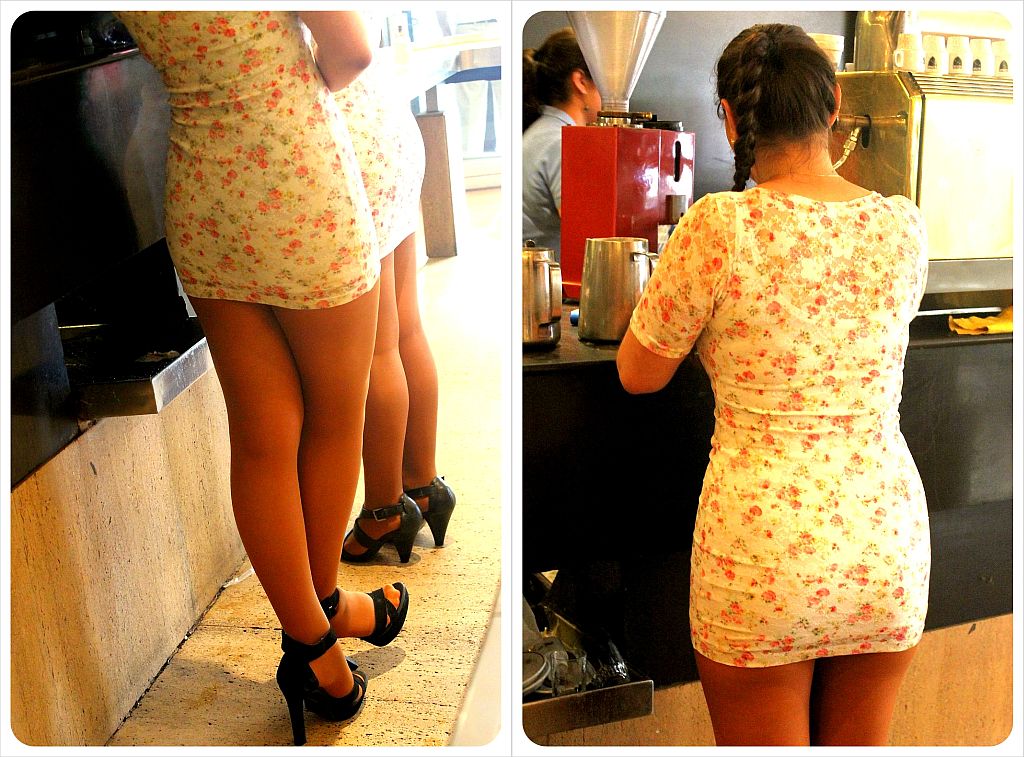 Although Chilean women made a big uproar when these cafes first appeared, furious that these coffee shops used men’s fantasies to sell coffee, they seem to have mellowed significantly, as women were happily drinking coffee every time we went in or just walked by. 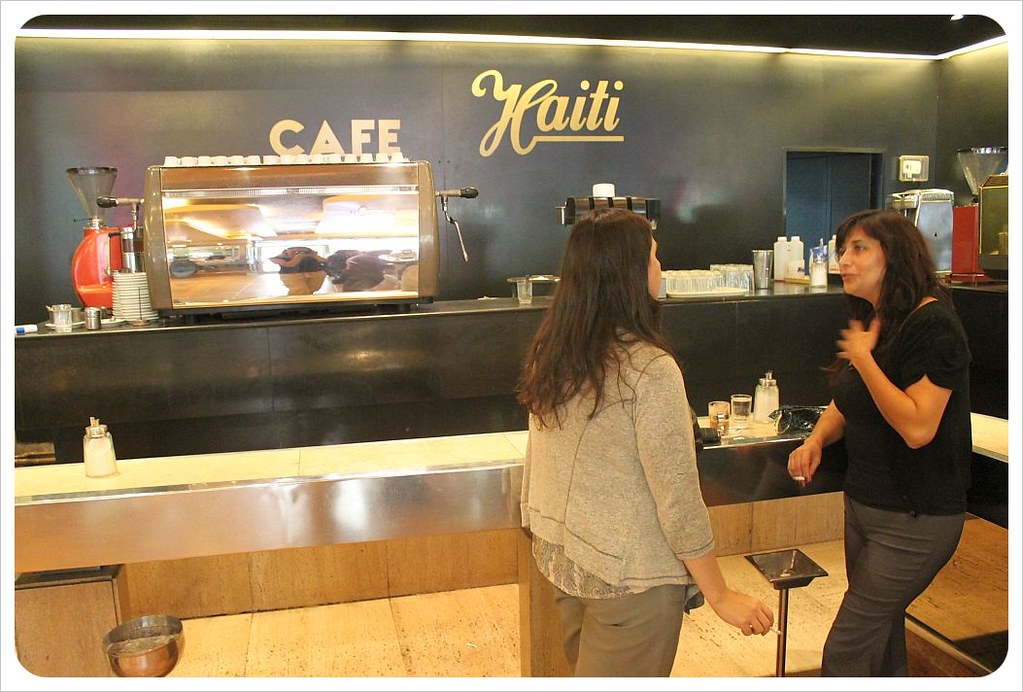 The coffee itself is actually good, strong coffee and is so popular with the Chileans that each chain sells their own branded beans in the supermarkets here as well. 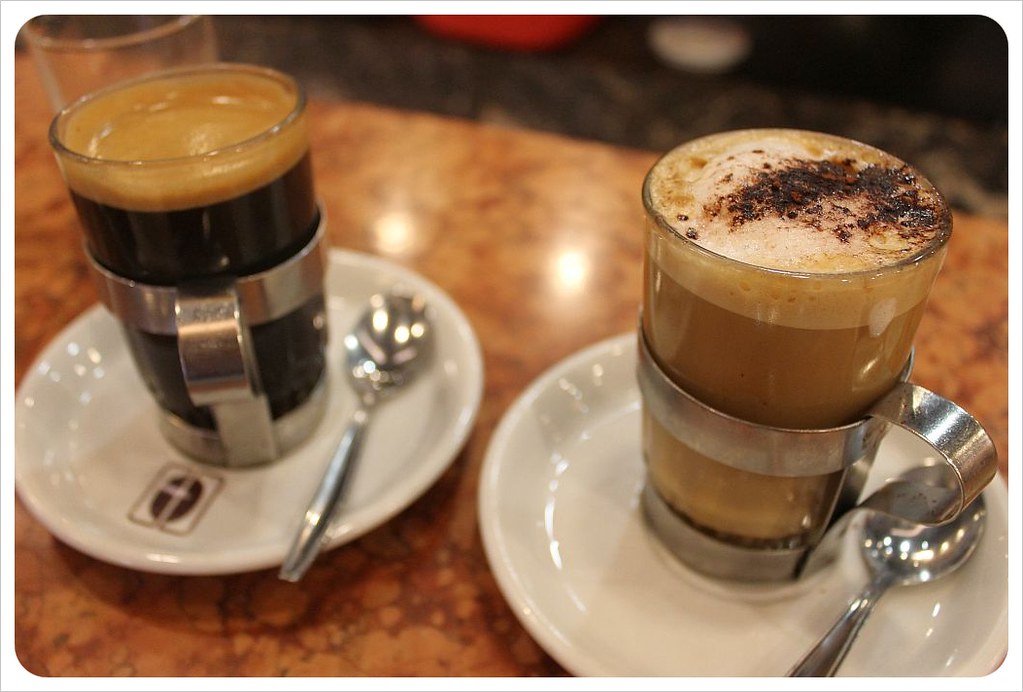 The most surprising aspect of these coffee joints is how much smoking is going on here! Chileans seems to love to smoke, and drinking coffee in here felt like taking a trip in a time machine to the innocent times when no one knew smoking is not good for you. 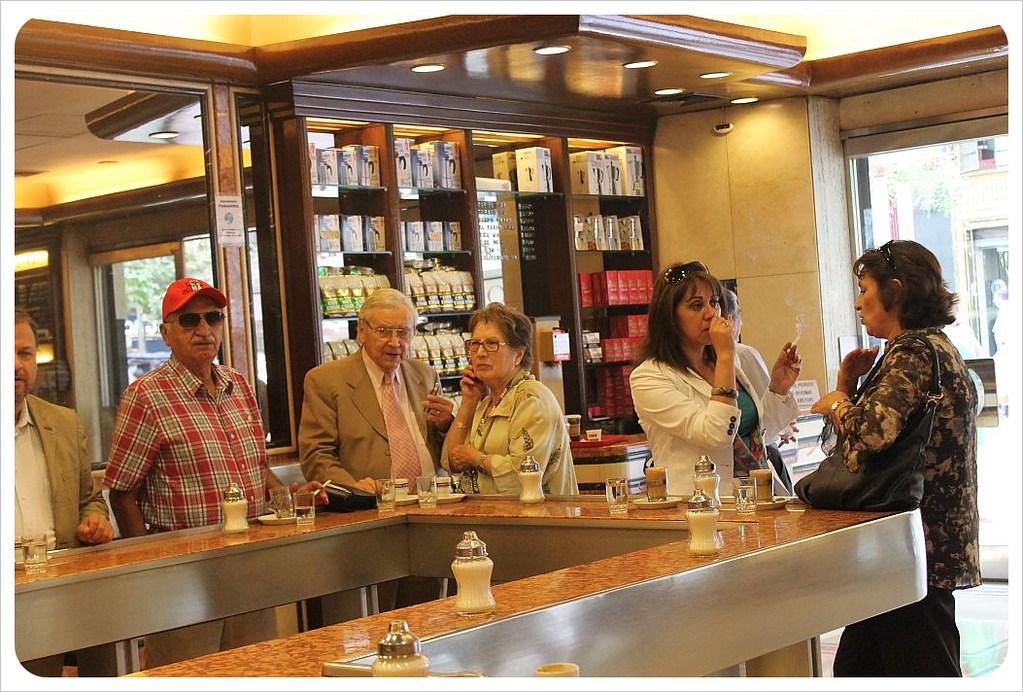 A local friend revealed that there are indeed much seedier versions of coffee with legs in Santiago, where women wear bikinis (or less) instead of dresses and there is some sort of random ‘happy minute’ where they remove their tops for anyone who happens to be there. These places tend to have closed doors and blackened windows, unlike the bright and airy cafes on the main drags throughout town.

The Machismo! outcry of the women is much clearer in these circumstances, and there are constant battles to have them shut down and we can definitely see why. However, the ‘normal’ Cafe con Piernas spots seem to be strangely beloved in modern day Chile and we loved discovering more about this unique and quirky institution. 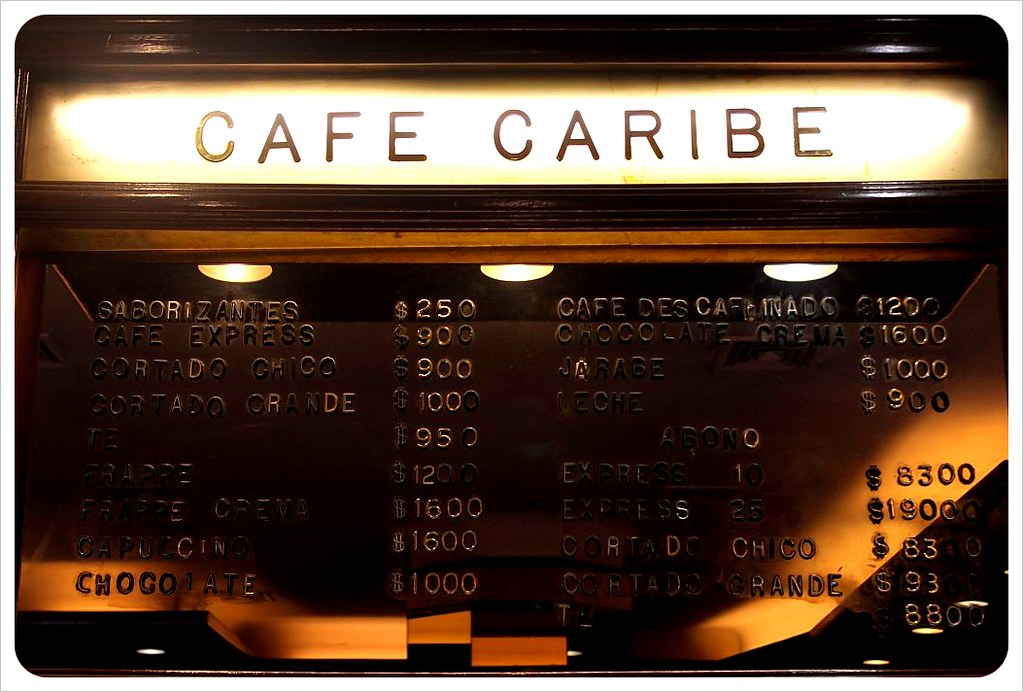 Café Caribe and Café Haiti are the two most omnipresent coffee with legs chains in Santiago and can be found everywhere along the pedestrian shopping streets downtown. 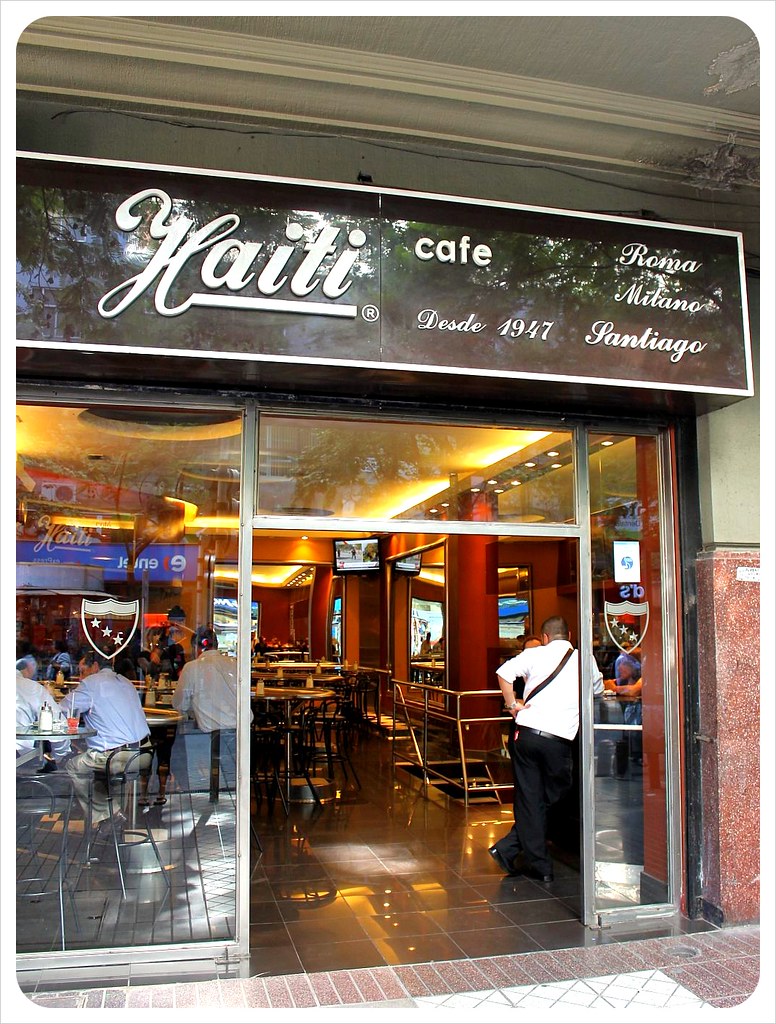 What is your opinion about coffee with legs in Santiago? Would you stop in to have a coffee here? 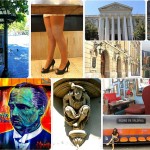 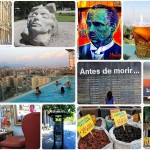 […] We have talked about these quirky coffee shops in detail already – read all about them here. […]

[…] Coffee with legs, a Santiago institution, can be found all over the pedestrian shopping streets downtown, right around the Plaza De Armas. The coffee is good and the people watching is fantastic – both for the waitresses flaunting their legs in their short dresses, the ogling men, and the women, businessmen and families who just stop in for good strong coffee. The two best chains are Café Haiti and Café Caribe – you can’t miss them on a stroll through downtown Santiago. […]

This place deserves a revisit.

[…] city’s main artery. Either one makes for good window-shopping and both have several (above-board) Café con Piernas, (coffee with legs). These unique coffee shops are a Santiago institution, where waitresses flaunt […]

I'm a woman and I like looking at attractive women... As long as they are comfortable that's all that matters :)

They seemed comfortable :D Like I said in the post - there were plenty of female guests in that coffee shop, too! Not just for men ;-)