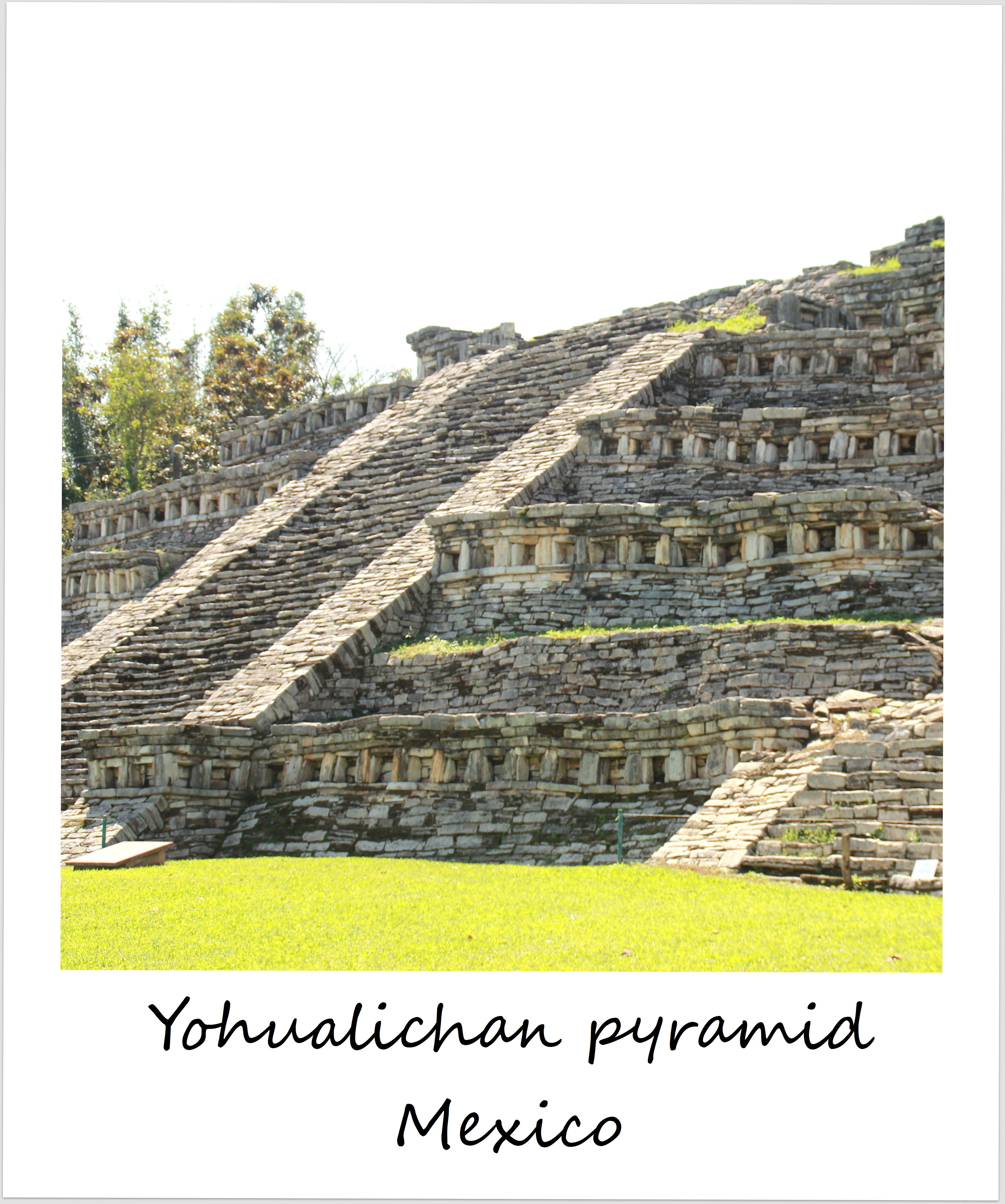 This week’s Polaroid comes to you from Mexico! Yes, I made an on-a-whim flight purchase a couple of weeks ago and changed my plans rather unexpected… more on the reason behind that in my monthly round-up, but in short, I had the opportunity to meet up wit several friends here which was more enticing than continuing my travels through Colombia solo, and I’m not one to say no to the prospect of Mexican food!

So here I am again, my fourth time in Mexico, a country I love very much and can visit over and over again. Plus: there are still so many places I haven’t been to yet – anything north of Mexico City, for example. And so after a few days in Mexico City, where I felt right at home again, my travel companion and I set off to explore some of the smaller, lesser known archaeological sites in Veracruz and Puebla, two states that are not far from Mexico City. Considering that Latin America is celebrating Semana Santa (Holy Week) at the moment, which is the busiest travel week of the year, I have to admit that these weren’t our first choices for a week of traveling, but beggars can’t be choosers when not planning in advance for such a busy period of travel (no worries, you’ll hear me whine about that in more detail in my March round-up later this week).

But I was excited to see some places off-the-beaten tourist paths, especially knowing that I’ll be braving the crowds in Chichen Itza again when I return there in a couple of weeks. Our first destination was El Tajin, the UNESCO-declared ruins of a pre-Columbian city in the state of Veracruz, which was one of the most significant cities of the classic era in Mesoamerica and peaked after the fall of Teothihuacan. From 600 to 1200 C.E. El Tajin was a prosperous city, and you can see the ruins of several temples, ball courts, palaces and pyramids here. What’s special about El Tajin is that it had more than 20 (!) ball courts for the popular yet brutal Mesoamerican ballgame pitz, and the Pyramid of the Niches, which has 365 symmetrically arranged square niches that create a constantly shifting play of light and shadow when the monument basks in sunshine.

From El Tajin, we headed to Cuetzalan, one of Mexico’s famous pueblos magicos, or magical villages, and also a UNESCO World Heritage site. The pueblos magicos are 54 little Mexican towns that are considered special enough to be called magical and which range from tiny, unknown hamlets to bigger towns like the picture-perfect Valladolid, a place I fell in love with when I traveled around Mexico in 2010 (and which I’m excited to revisit next month!). Cuetzalan did not disappoint, it was a cute little town nestled onto a hilltop in the mountains of Puebla that charmed us with cobble-stone streets, a town square lined with palm trees and an impressive church.

In addition to an adventurous caving tour during which we explored the Grutas de Cuetzalan, we visited another pre-Colombian town, this one much less known than El Tajin, and much smaller, but not less striking (see picture above). We had the site, which consists of several pyramids and a ball court, almost to ourselves, and despite being diminutive, it impressed us with its well-preserved pyramids.

So what’s next for me? A few more weeks in Mexico! More pyramids, a Yucatan road trip, a yet-to-be-decided volcano climb and a few more days in Mexico City where I’d like to check out a few places I haven’t been to yet on previous visits.

Polaroid of the week: Exploring ancient pyramids in Mexico | SortStyle.com