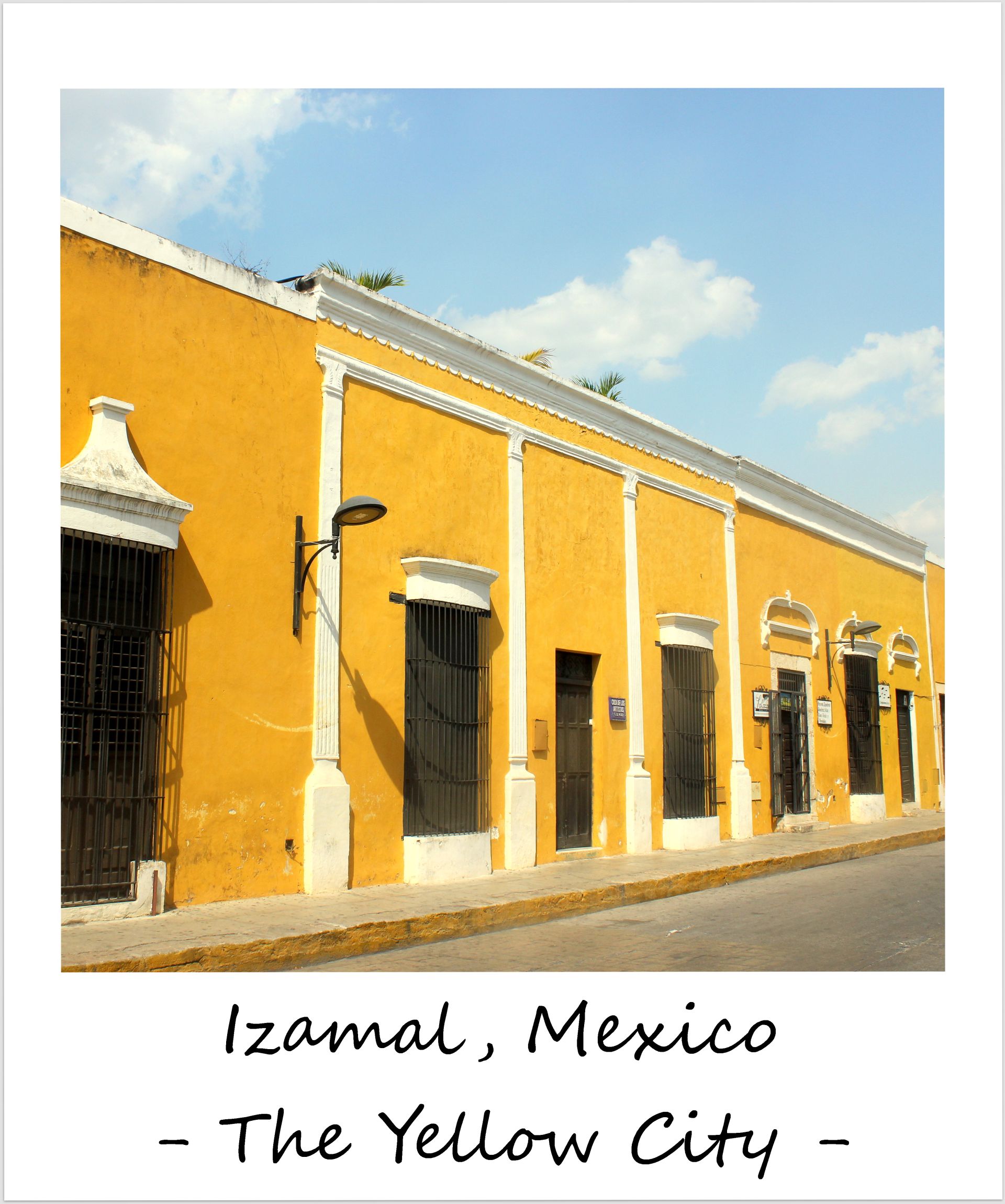 This sudden change of travel plans has made me very happy though – I just love this country. This is the third time in the span of a year that I find myself in Mexico – and none of the three trips had been on my agenda originally. However, all three of them turned out to be amazing, including this one, which happens to be another road trip around the Yucatán.

While last year’s road trip was a bit rushed, at only eight days, this time around my friend and I have two entire weeks, which is enough time for a circle around the entire Yucatán peninsula, including some spots I’ve never made it to.

One of those places is Izamal, which is, along with my beloved Valladolid, one of two ‘Pueblos Magicos’, or magic villages on the Yucatán. It’s easy to see why Izamal was declared a ‘magical village’ – a place declared by the Mexican Secretariat of Tourism to be a village that offers visitors a “magical” experience – by reason of their natural beauty, cultural riches, or historical relevance.

And it is easily one of the most beautiful Mexican villages I’ve ever seen. All the buildings are yellow!

I could have spent days wandering the streets photographing the beautiful yellow buildings, the only thing that made it hard to stay outside for long periods of time were the defeatingly hot temperatures of 100°F (38°C).

A remarkable Franciscan convent marks the center of town and is bordered by two town squares, and only a few blocks from here there are several Mayan temples right in the heart of town. These remains of ancient Mayan temples give the town a second nickname: City Of Hills. In fact, the convent was built right on top of a Mayan temple.

I’ve never been to a town where Mayan ruins blend right in with the colonial architecture – a fascinating contrast.

Polaroid of the week: Mysterious and beautiful – the cenotes of the Yucatan
Click here to cancel reply.

[…] the past, the stops that followed where mostly new to me: Rio Lagartos with its pink lakes; Izamal, Mexico’s Yellow City; Campeche, a coastal town filled with pastel colored Spanish colonial buildings, and Bacalar with […]