Polaroid of the Week Seattle Washington by on add comment 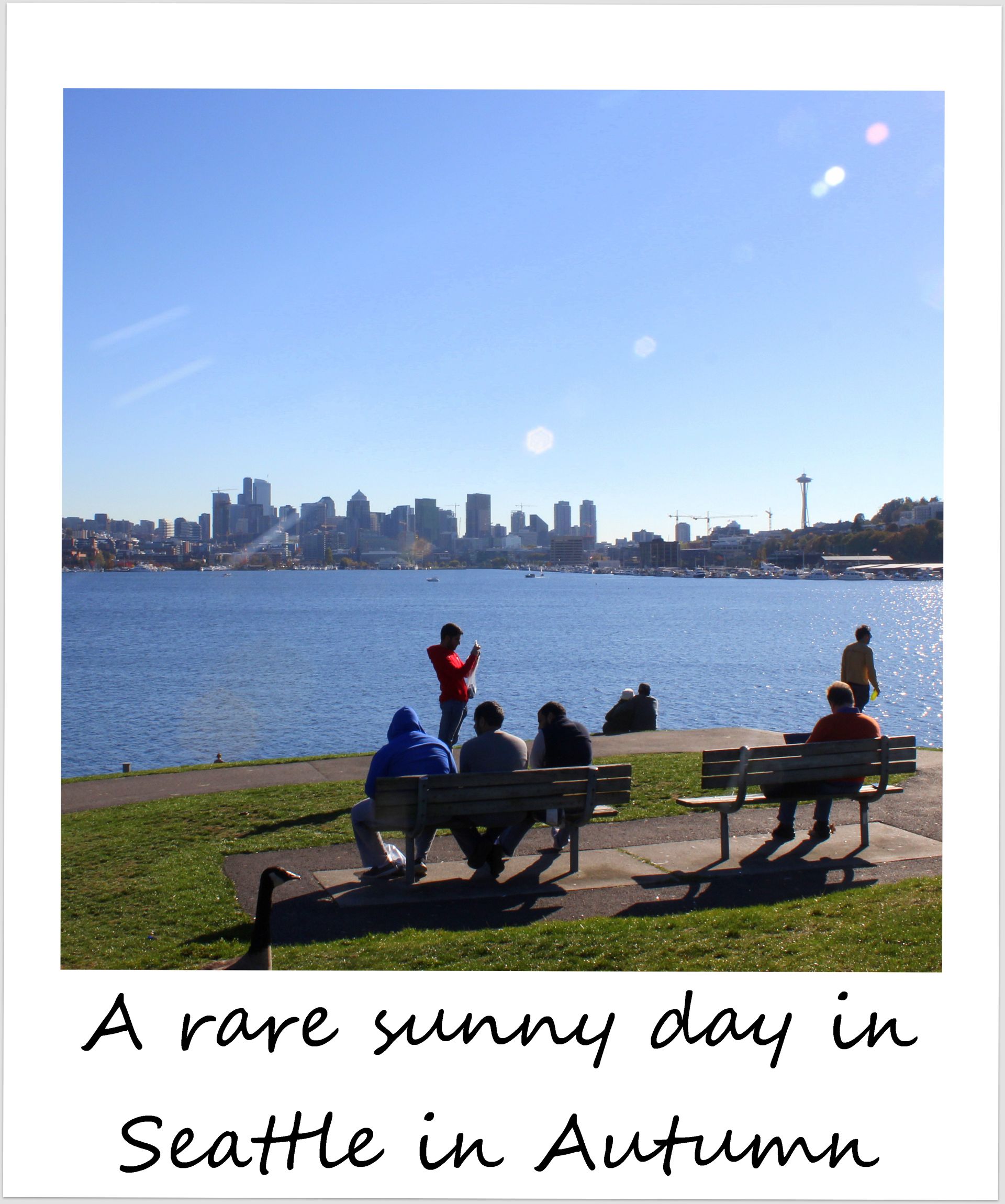 Oh Seattle… I don’t even know where to start with you.

I wish I would’ve written this on Wednesday morning after my beautiful run through Seward Park with gorgeous views of Lake Washington in almost all directions (since the park sits on a peninsula). Wednesday morning was so nice that I thought to myself: ‘I’ll have to take half a day off and take advantage of this beautiful fall weather!’.

Well, while I was still researching things I could do outdoors that afternoon, the weather suddenly turned and it started pouring. And it hasn’t stopped since. I’ve seen more rain since I got here that I’ve seen in the entire previous nine months of 2016 combined! Those of you who’ve been following me for a while know that I am a summer girl, a sun chaser.

I knew it was risky (weather-wise) to come to Seattle in October, but honestly, I didn’t think it was going to be that bad. A major storm is headed towards the Pacific Northwest now, expected to hit Saturday afternoon, and the dreadful weather is supposed to linger for at least another week.

Since I’ll have a visitor in town over the next few days and lots of outdoorsy activities planned, I can’t say that I’m too happy about all this rain (how is it possible to rain so much?!) but I hope we’ll find some stuff to keep us entertained, and luckily there are plenty of coffee shops to duck into, possibly my favorite thing about Seattle so far.

However, I have to say that every time the sun peeked out I liked what I saw of Seattle as I have been slowly exploring the various neighborhoods. I’ve seen Fremont (artsy and hip), Capitol Hill (Seattle’s gayborhood, but no Capitol to be found there), parts of downtown (pretty much like any North American downtown), Georgetown (Seattle’s oldest neighborhood, former industrial turning into up and coming chic), Columbia City (residential yet diverse, with lots of cute little eateries).

The views over Lake Washington, Puget Sound and Lake Union (pictured) are gorgeous when the sun is out, so I hope I’ll get to see more of these fabulous vistas before I leave Seattle.

GlobetrotterGirl of the Month July 2013: Bonnie Kassel, lifelong adventurer and author of Without a Spare