When I told friends of mine I’d be visiting Malta and got asked questions like ‘Malta? Is that a country?’ or ‘Where exactly is Malta?’ It made me realize how little-known this little island nation actually is. So I decided to share my first impressions, a few fun Malta facts and random trivia about Malta with you before talking about my trip in more detail.

At first sight, Malta seems like a magical fairy tale island: tiny villages dotted on hilltops across the countryside, little bays with water in such dark shades of blue that they are almost too perfect, and medieval towns so well preserved that it feels like you’re stepping back in time when you set foot in them. 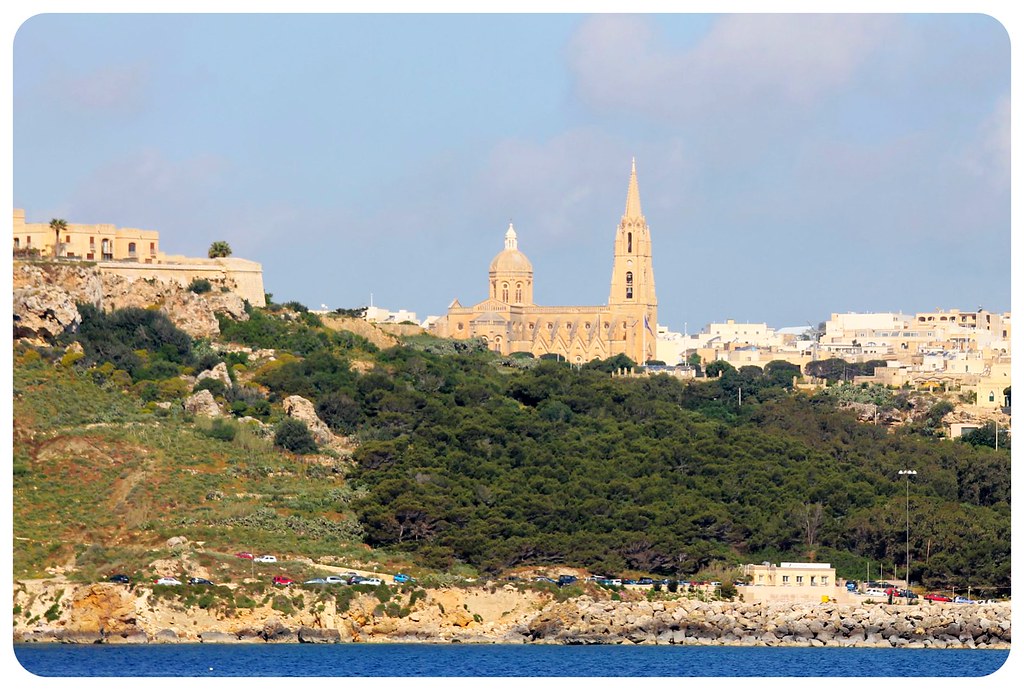 Nowadays, there is another side to Malta too: stretches of the coast that have been built up with modern apartment complexes and hotels, even a party mile that could rival the notorious party towns along the Spanish coast, and industrial areas right next to quaint fishing villages. 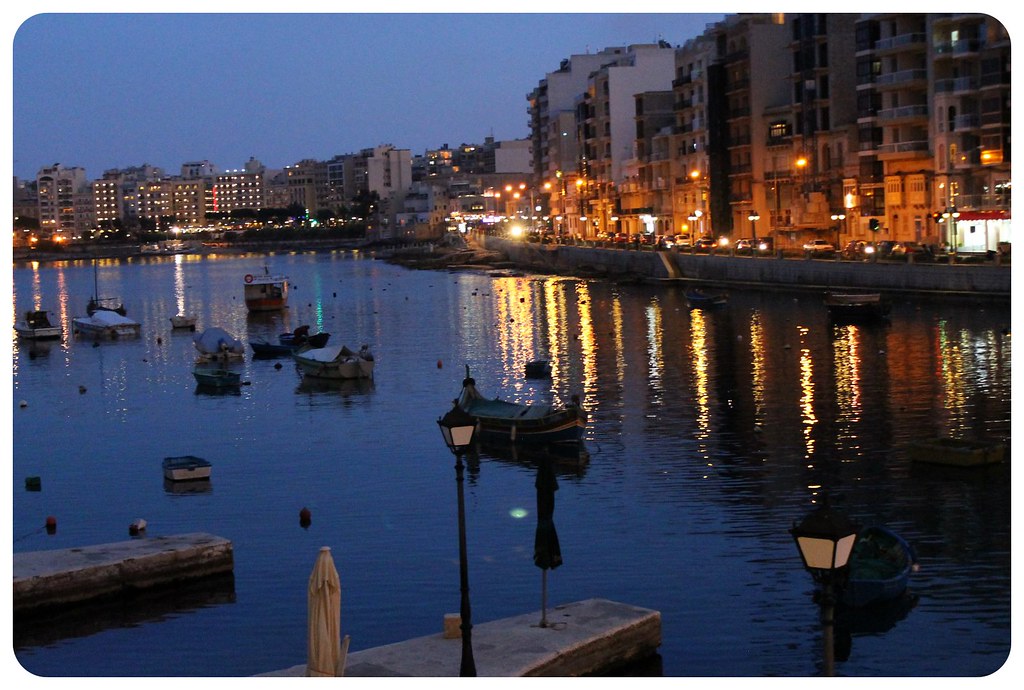 What I loved about Malta was that it can be exactly what you want it to be. Looking for history and culture? You can use Valletta as your base and tour UNESCO World Heritage Sites, ancient temples and medieval forts. You want beaches and relaxation? Stay in Sliema or St Julian’s and enjoy the ocean, take a sailing trip to the Blue Grotto or the Blue Lagoon. You want culinary revelations and shopping? There are loads of great restaurants and shopping facilities to keep you busy for at least a week!

The country is actually an archipelago, made up of Malta, the main island, and the two smaller islands of Gozo and Comino (plus a few smaller, uninhabited islands). In total, just under 400,000 people live in Malta – nearly 370,000 of those live on the main island, about 30,000 live on Gozo and just a handful live on Comino. This makes Malta one of the smallest countries in the world by population (#174).

Malta is so small that you can walk the island in its entirety (27km long and 14.5km wide). Gozo is about half this size (14km long and 7km wide). It took us less than 40 minutes to cross the island from south to north by car, starting in Marsaxlokk in the south and finishing in Mellieha Bay in the north of the island. By area, Malta is the 207th smallest country in the world! 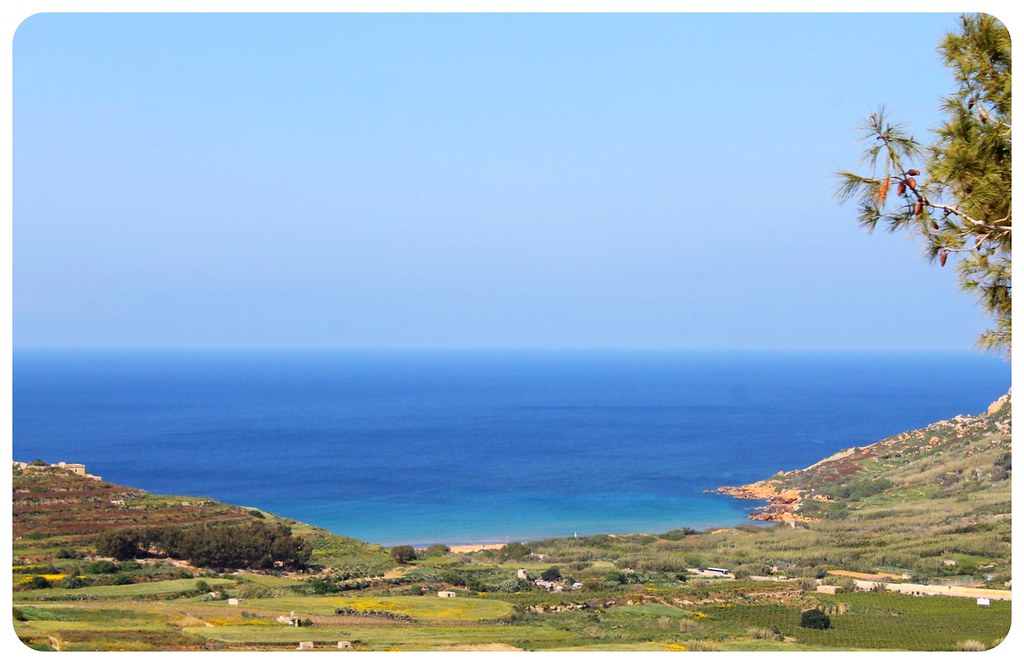 The archipelago is located in the heart of the Mediterranean, south of Italy, north of Libya and east of Tunisia. 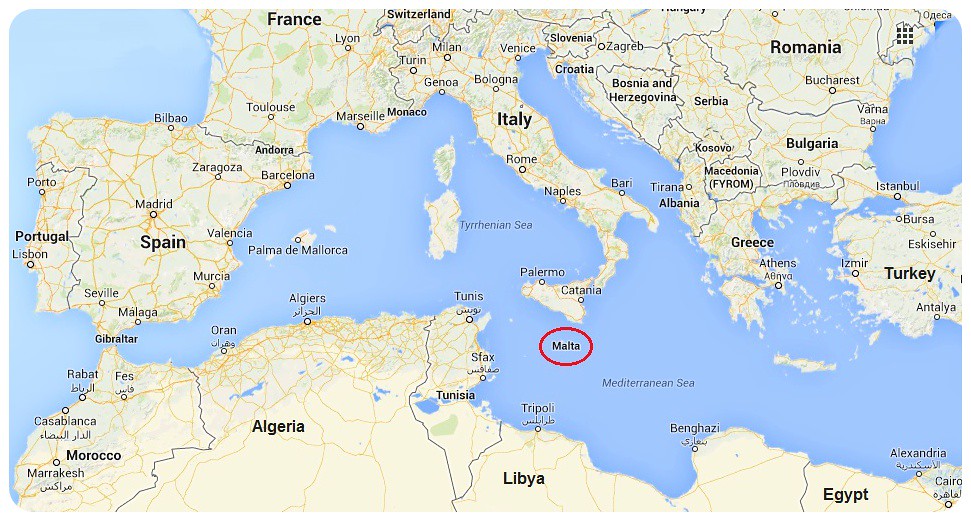 Malta is home to nine UNESCO World Heritage listed sites – an impressive number for such a small country! Three sites are declared UNESCO World Heritage: the historic city of Valletta, the underground temple Hal Saflieni Hypogeum, and the Megalithic Temples of Malta. Six more sites are currently nominated to be World Heritage sites: Mdina, the Grand Harbor, the Victoria Lines and the Great Fault (a line of fortifications flanked by defensive towers), the Catacombs, the Northwestern Coastal Cliffs, and Dwejra (the Azure Window) as well as the Cittadella on Gozo. 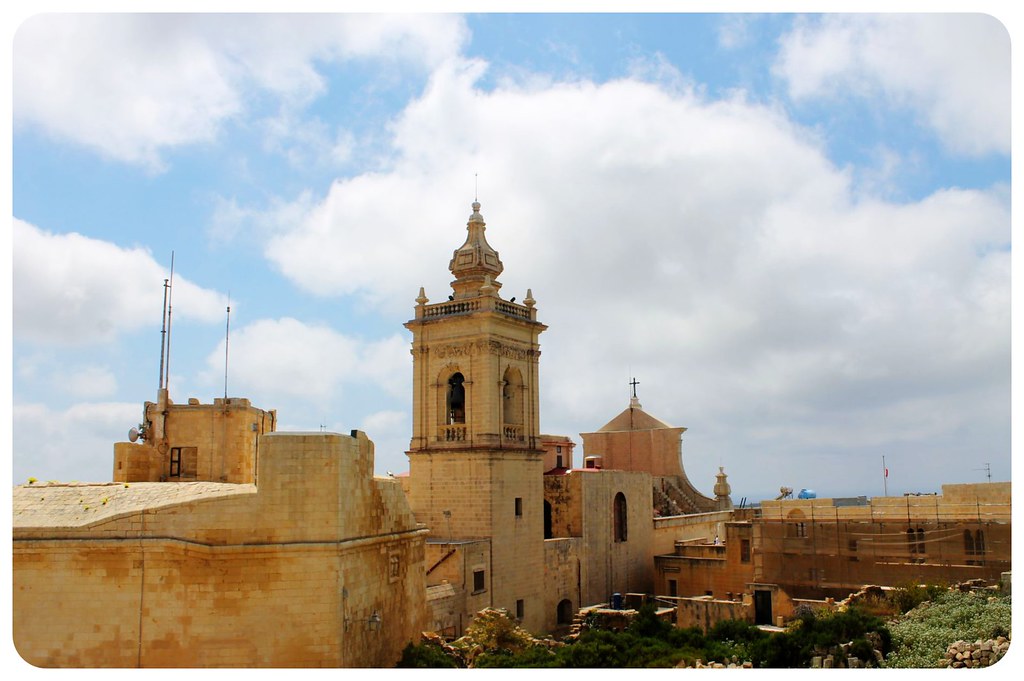 Valletta, the capital, is one of Malta’s UNESCO sites, thanks to its many historic churches, palaces, the unique wooden balconies (painted in bright colors), and the maze of narrow lanes. 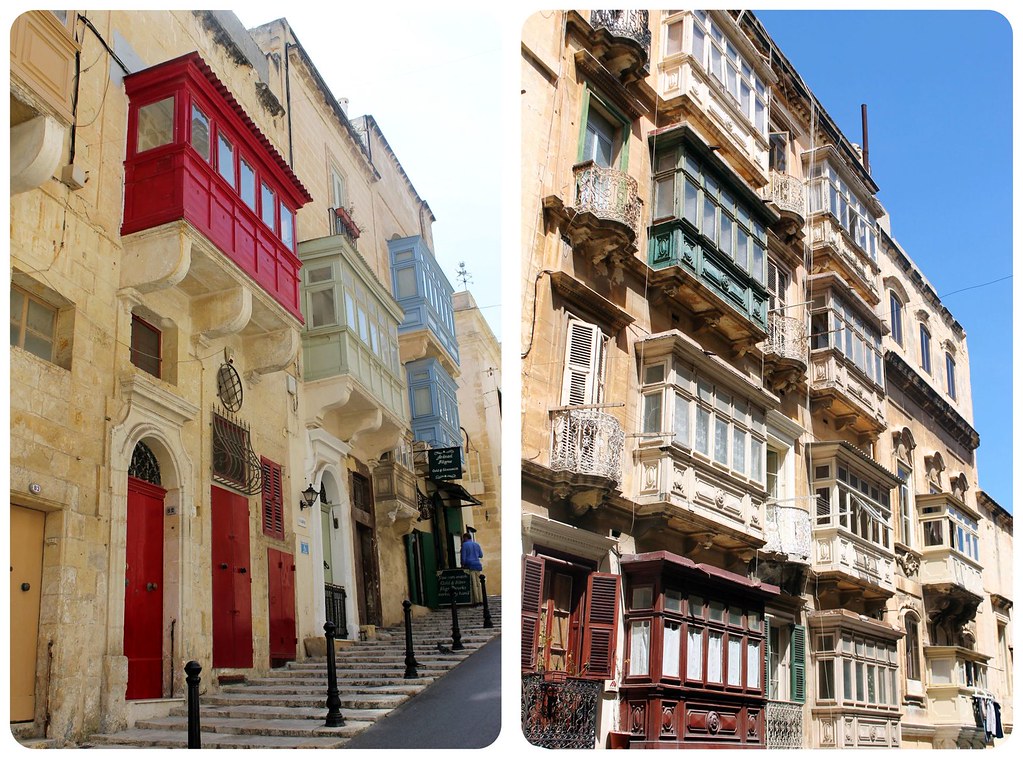 Malta is so close to Sicily (Italy) that you can see it on clear days, and you can even take catamaran day trips there – it is 90km (60miles) from Malta, and takes about two hours to get there.

There are no forests, lakes or rivers in Malta. Instead, the islands are made up of rolling hills and terraced fields. 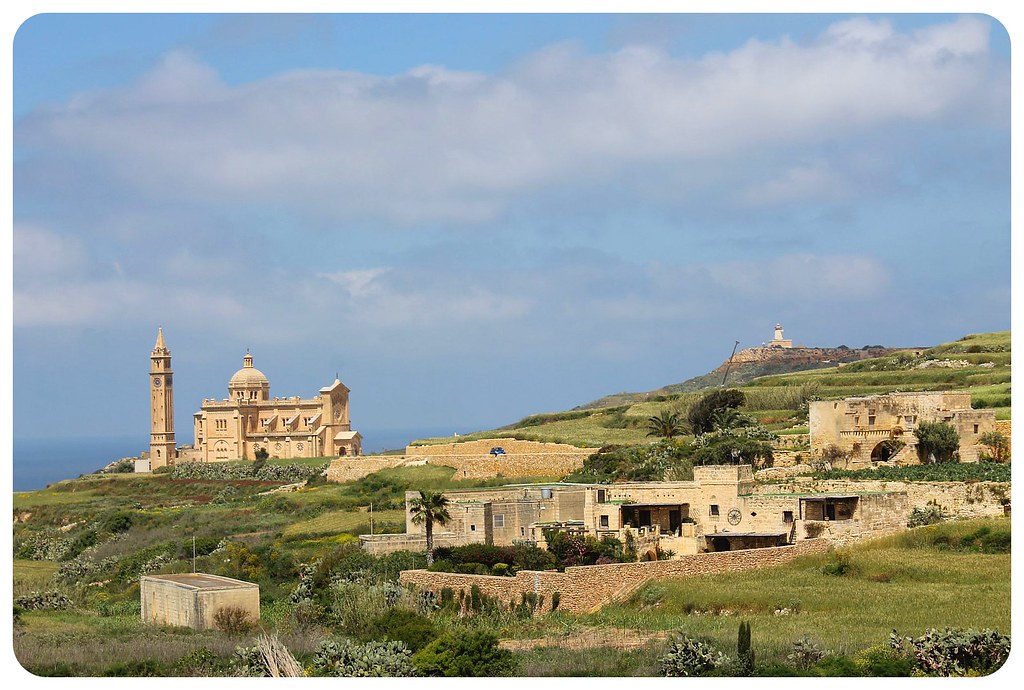 The Maltese cross was introduced to Malta by the Knights of St. John when they took possession of the islands in 1530, and is depicted on many items around the country including Maltese Euro coins (the Euro was introduced as the official currency here in 2008), and even door knobs!

Ftira is the Maltese answer to pizza – a flat-bread with a hole in the middle, topped with Mediterranean vegetables like tomatoes, eggplant and olives (and sometimes anchovies).

Malta, predominantly Roman Catholic, has over 360 churches! Considering the small size of the nation – Malta is just about twice as big as Washington D.C. – this is quite a large number. 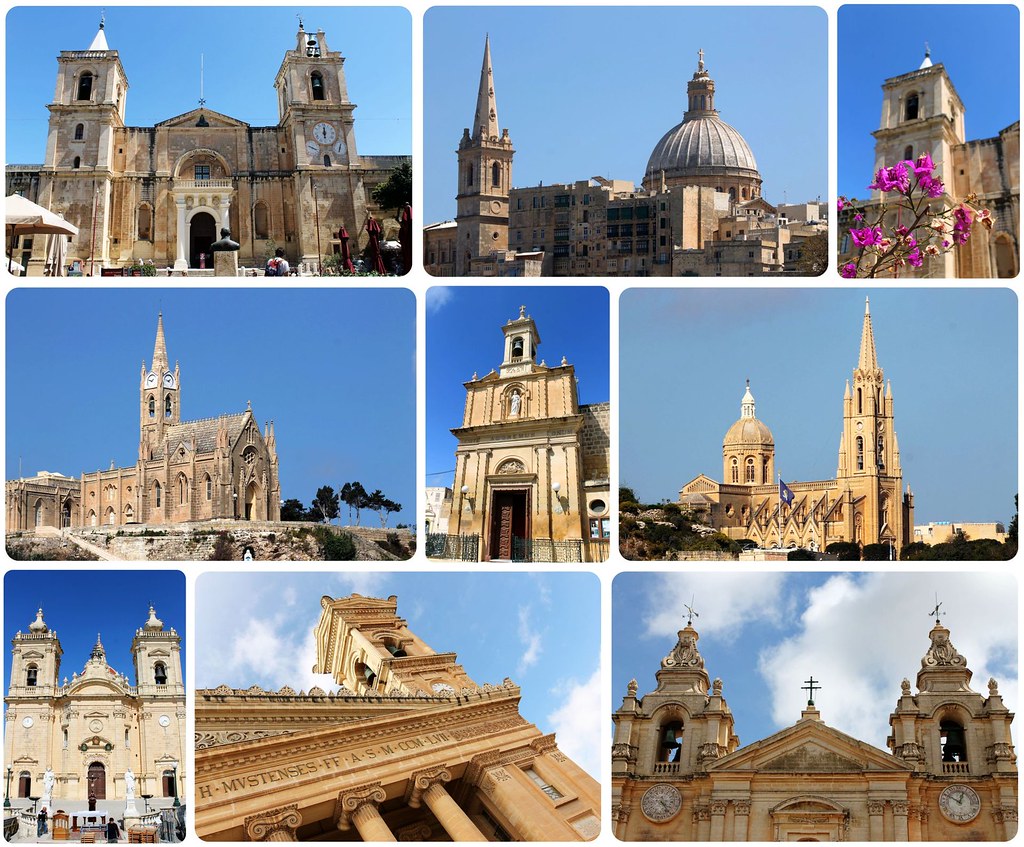 The Blue Lagoon off the coast of Comino is one of the most breathtaking bays in all of the Mediterranean.

Maltese coffee culture is very similar to Italian coffee culture: there are lots of little coffee bars where people have a small cup of coffee right at the counter, usually espresso. Coffee prices are still very low in most places. 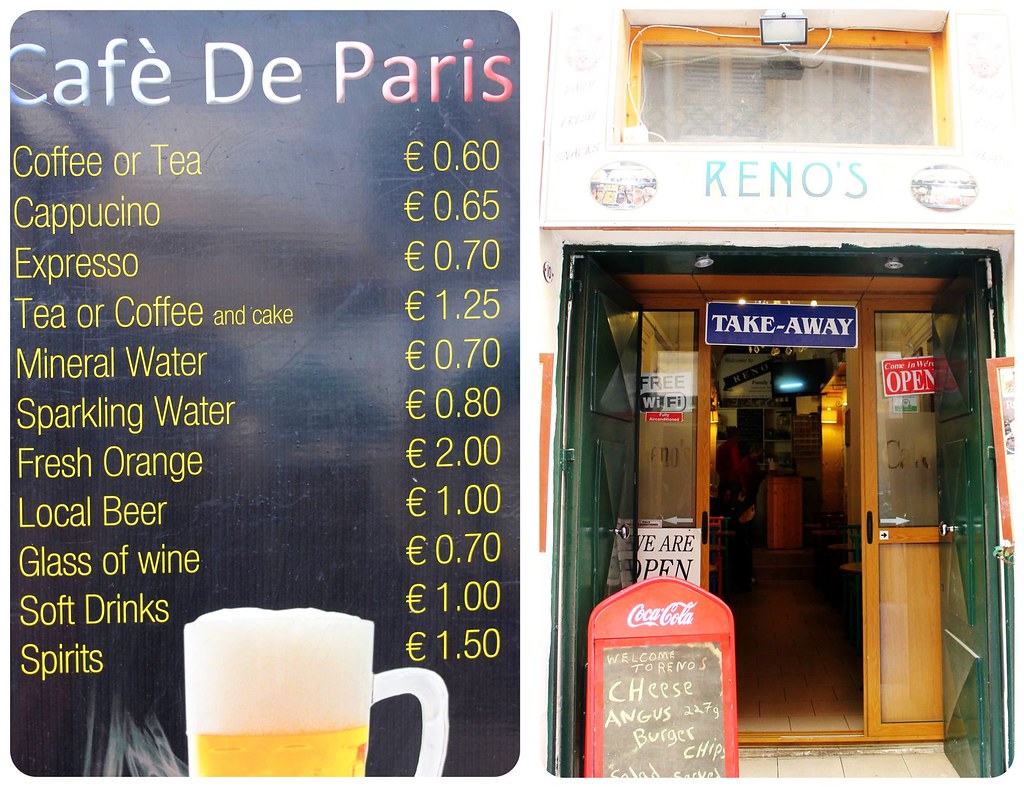 Not only the coffee culture, but also the architecture feels reminiscent of Italian towns: 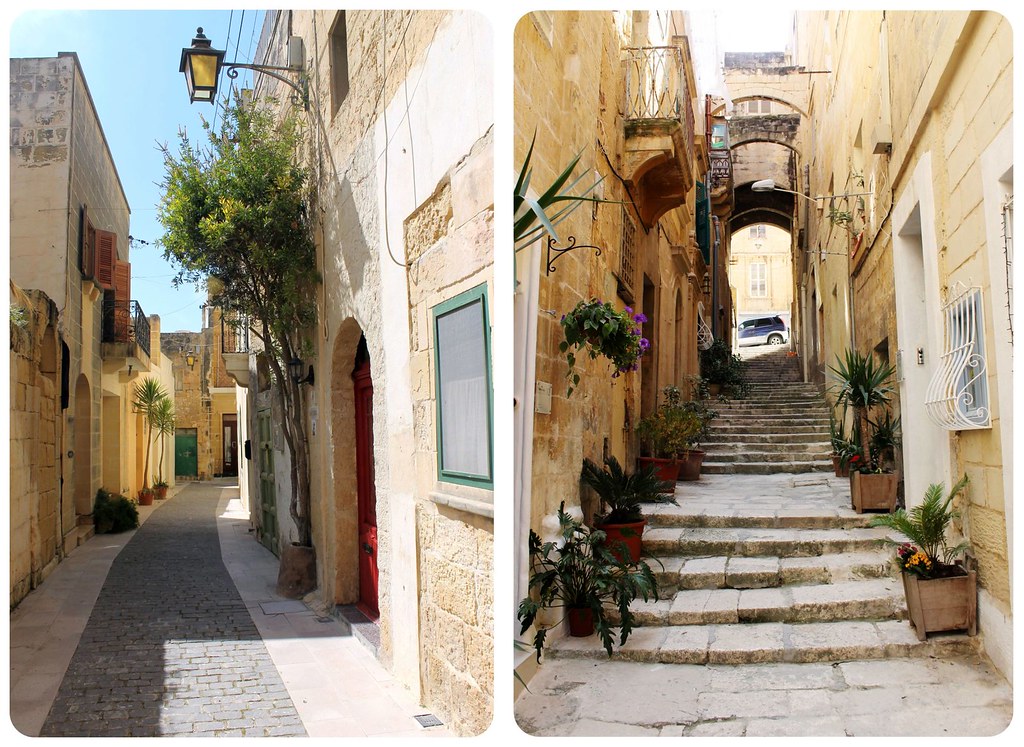 The Rotunda Of Mosta is the fourth largest unsupported dome in the world and the third largest in Europe, with an internal diameter of 37.2 meters (122 ft). The church is also known for the ‘Miracle of Mosta’: In 1942, during an afternoon air-raid by the German Luftwaffe, a 200 kg bomb pierced the dome and landed in a congregation of 300 people who were waiting for mass. The bomb did NOT detonate – a miracle!

Malta is a diver’s paradise and it is named as one of the best diving spots in the world on a regular basis. No wonder with clear water like this: 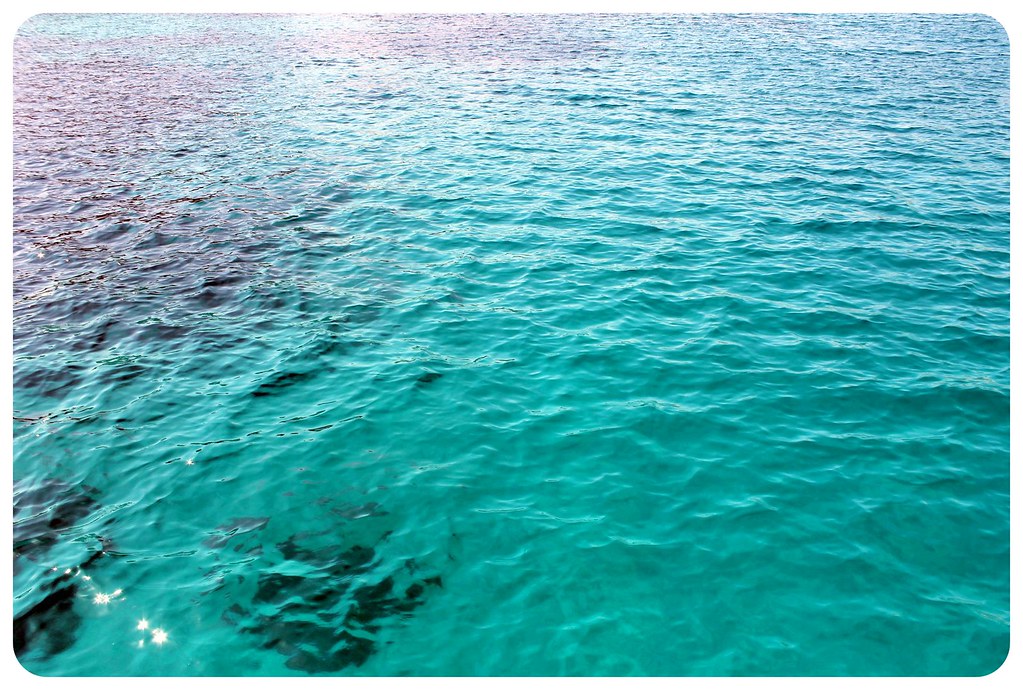 One of the most famous diving spots is the Blue Hole near Gozo, right by the Azure Window, a spectacular limestone rock formation (and also a popular diving spot).

The islands are a cat lover’s dream! There are plenty of cats everywhere, and all are well taken care of. 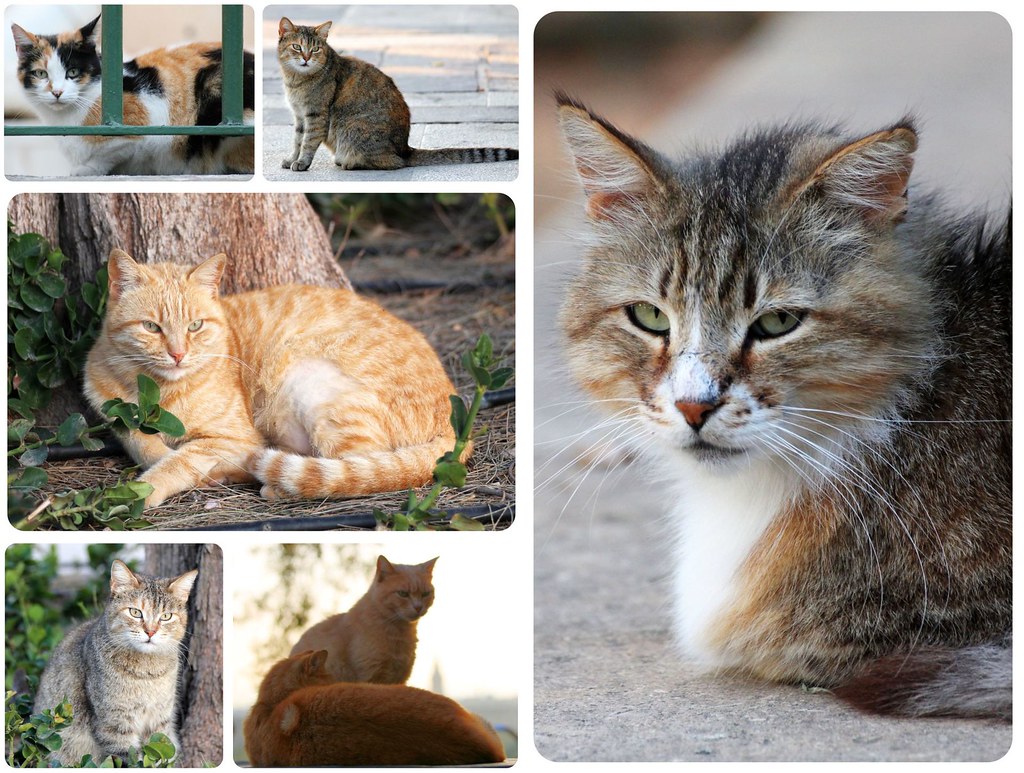 Malta produces wine and there are several vineyards on Gozo and Malta. The islands take pride in their local wines and having tried several local Chardonnays and Sauvignon Blancs, I can confirm that Maltese wines are delicious. 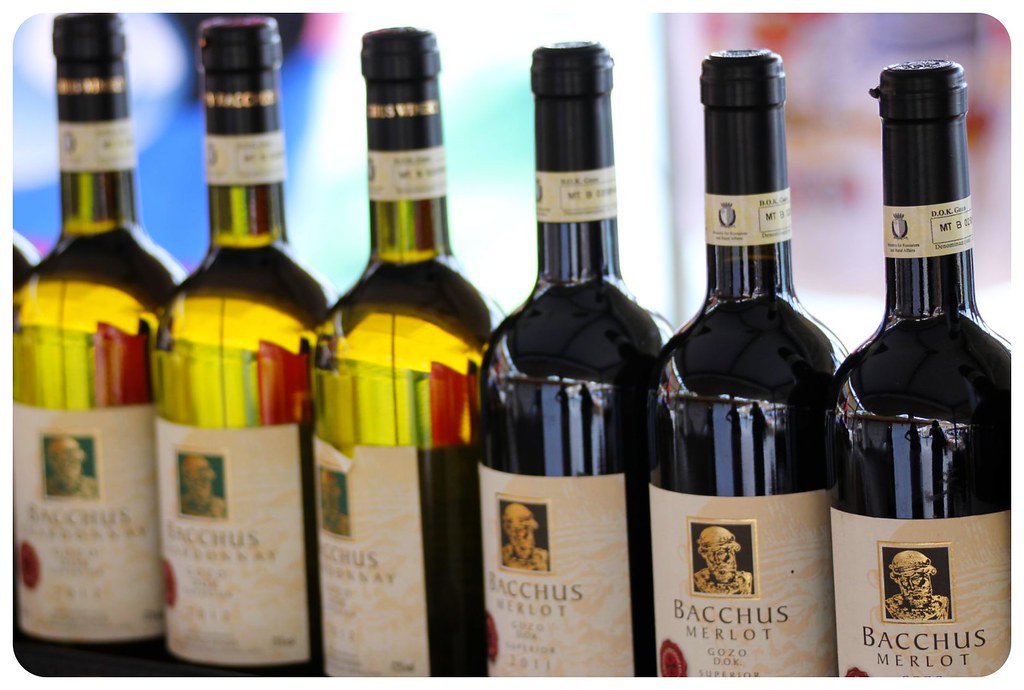 Malta has been used as a backdrop for quite a few Hollywood Blockbusters (without getting credit for it!), including Troy, Captain Phillips, and World War Z, and the popular TV series Game Of Thrones.

tal-Fenek is the national Maltese dish: rabbit! Rabbit can be found in almost any dish: Pasta in rabbit sauce, rabbit pie, or rabbit meat stew.

This might be my favorite of all the Malta facts: In Malta, the boats have eyes. Even though the islands are just as developed as any other European country, the traditional and adorable fishing boats named luzzu can still be found in many of the coastal villages and are still used for fishing on a daily basis. They are painted in flashy colors like yellow, red or blue and all have eyes which are supposed to keep bad luck and the evil of the sea away.

One of Caravaggio’s masterpieces, the Beheading of St John, can be seen in St John’s Cathedral in Valletta. The church itself is famous for its striking inside and is well worth a visit.

Kannoli (pastries stuffed with sweet ricotta), known as a popular South Italian dessert, are a typical afternoon snack in Malta, too. 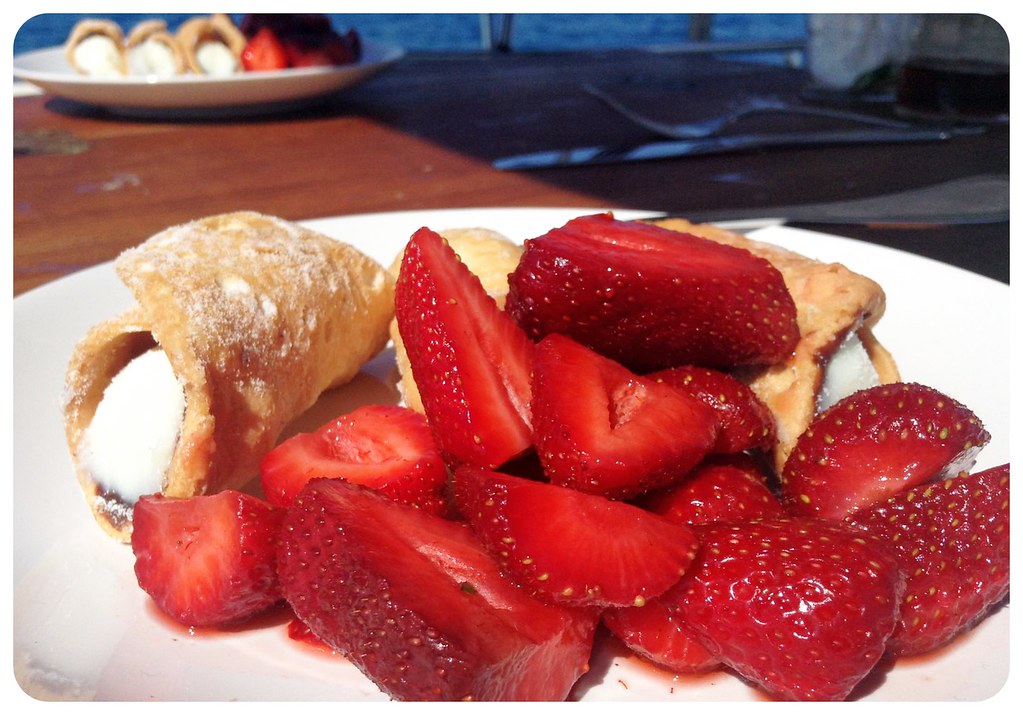 Another local specialty are pastizzi, flaky dough pasties filled with ricotta cheese or peas (similar to a British pie). They are a popular breakfast dish and in addition to bakeries, there are pastizzerias, which focus on these delicious little pasties. 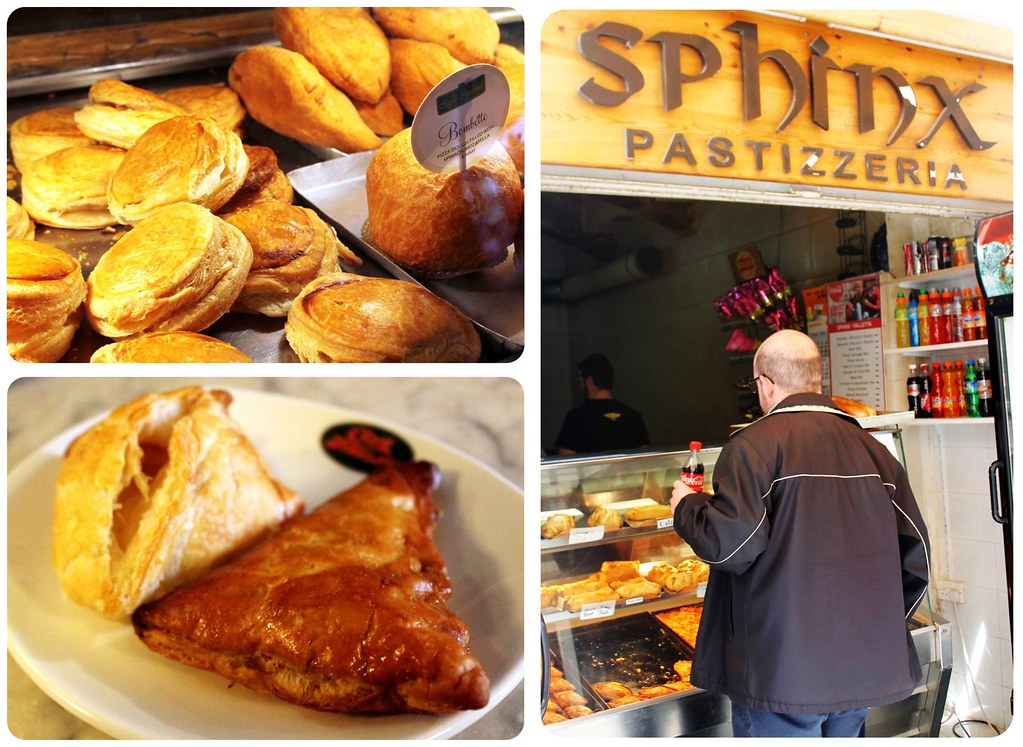 Malta is home to an entirely intact medieval walled city: Mdina. The historic capital of the country is on the tentative UNESCO World Heritage list. 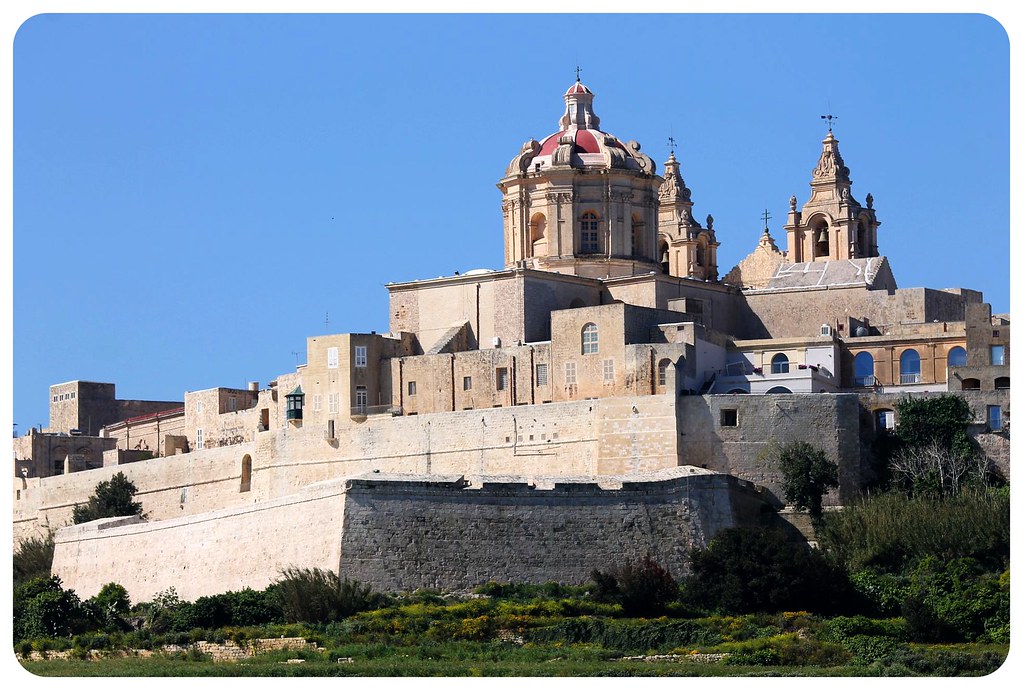 The Maltese love ornate iron door knockers (and so do I!):

The impressive harbor of Valletta is one of the most significant natural deep-sea harbors in the world. 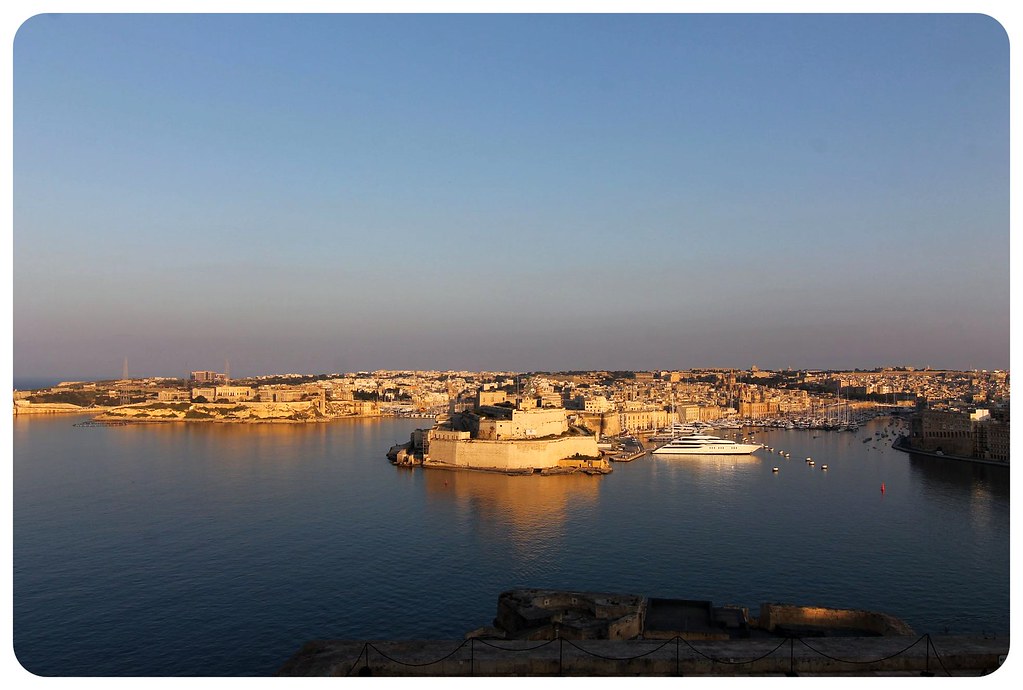 Check out my other posts on medieval Mdina, beautiful Valletta, a road trip across Malta and where to eat in Malta and Gozo! 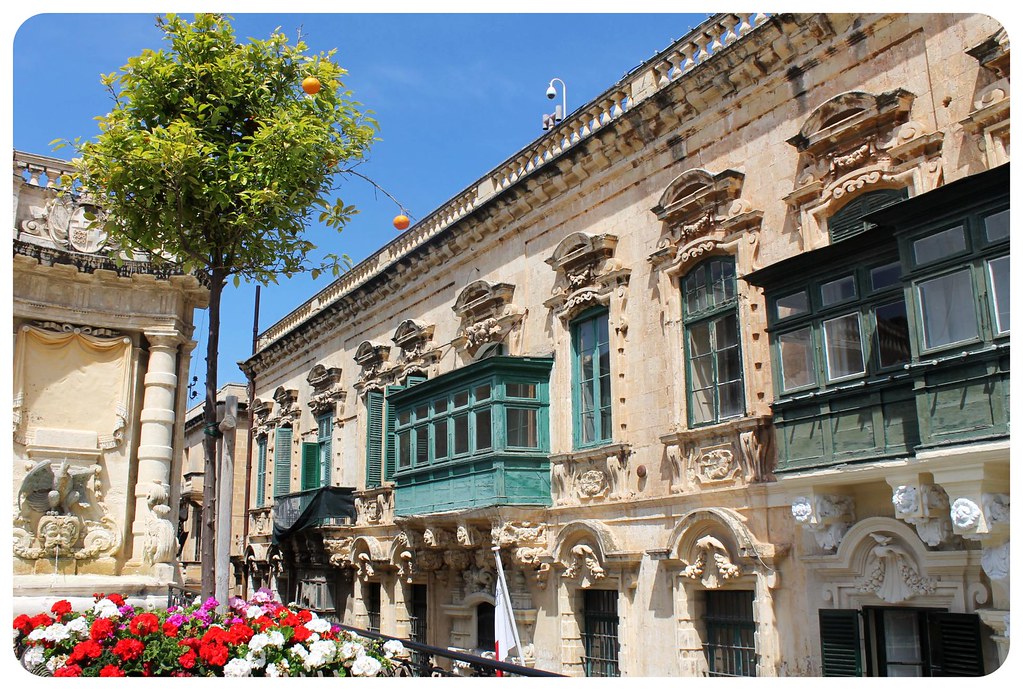 Do you have any fun Malta facts to add? Share them in the comments below! 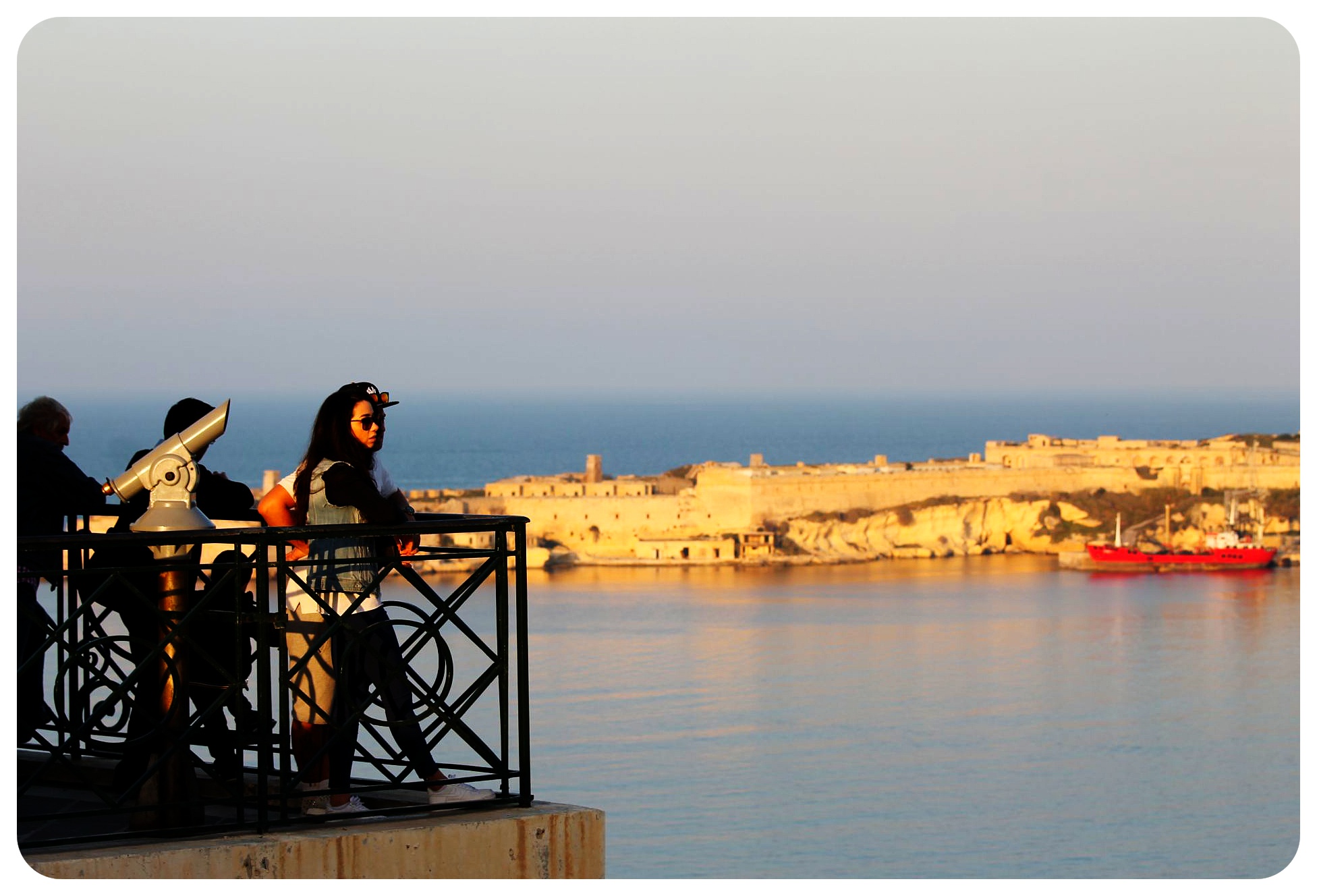 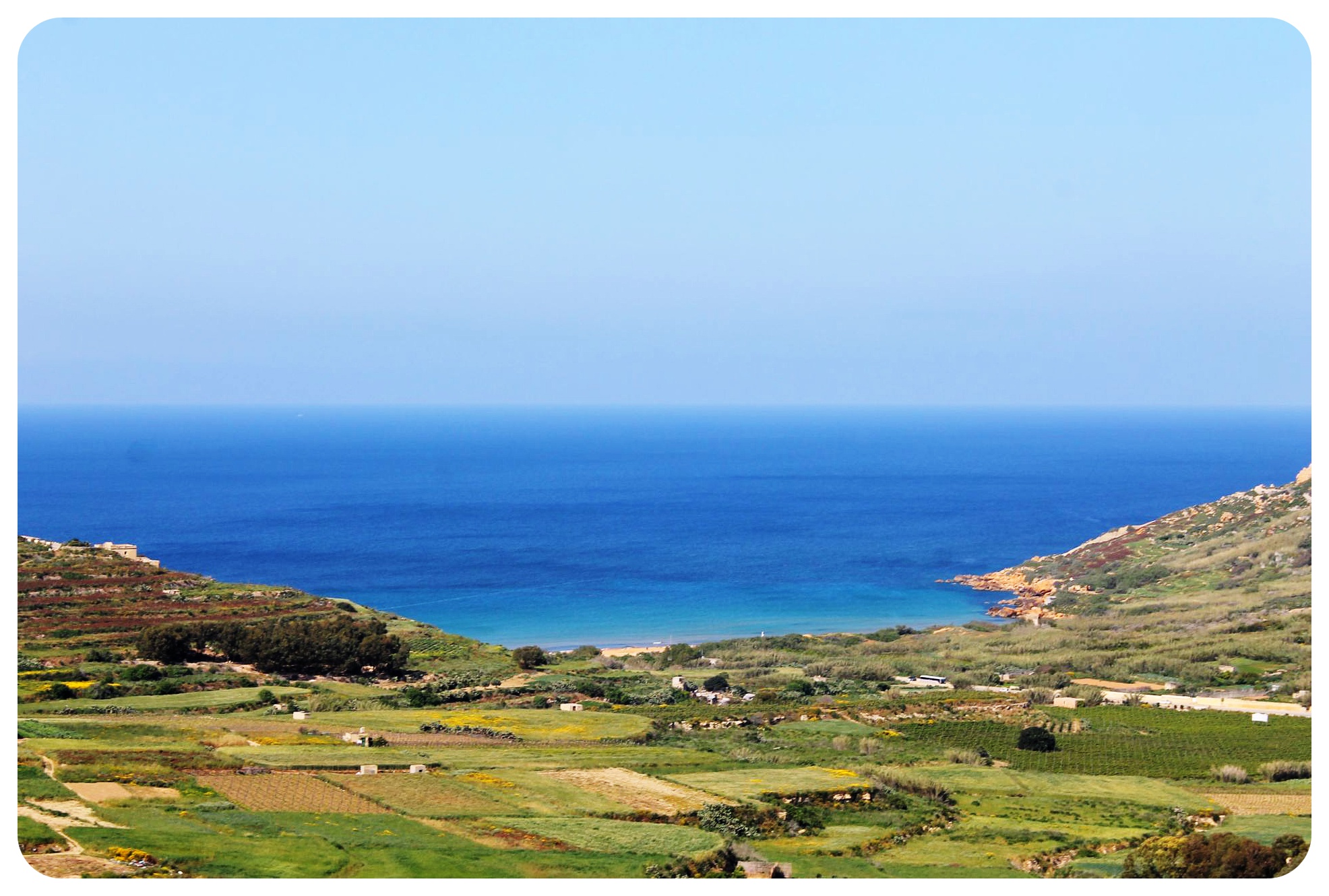 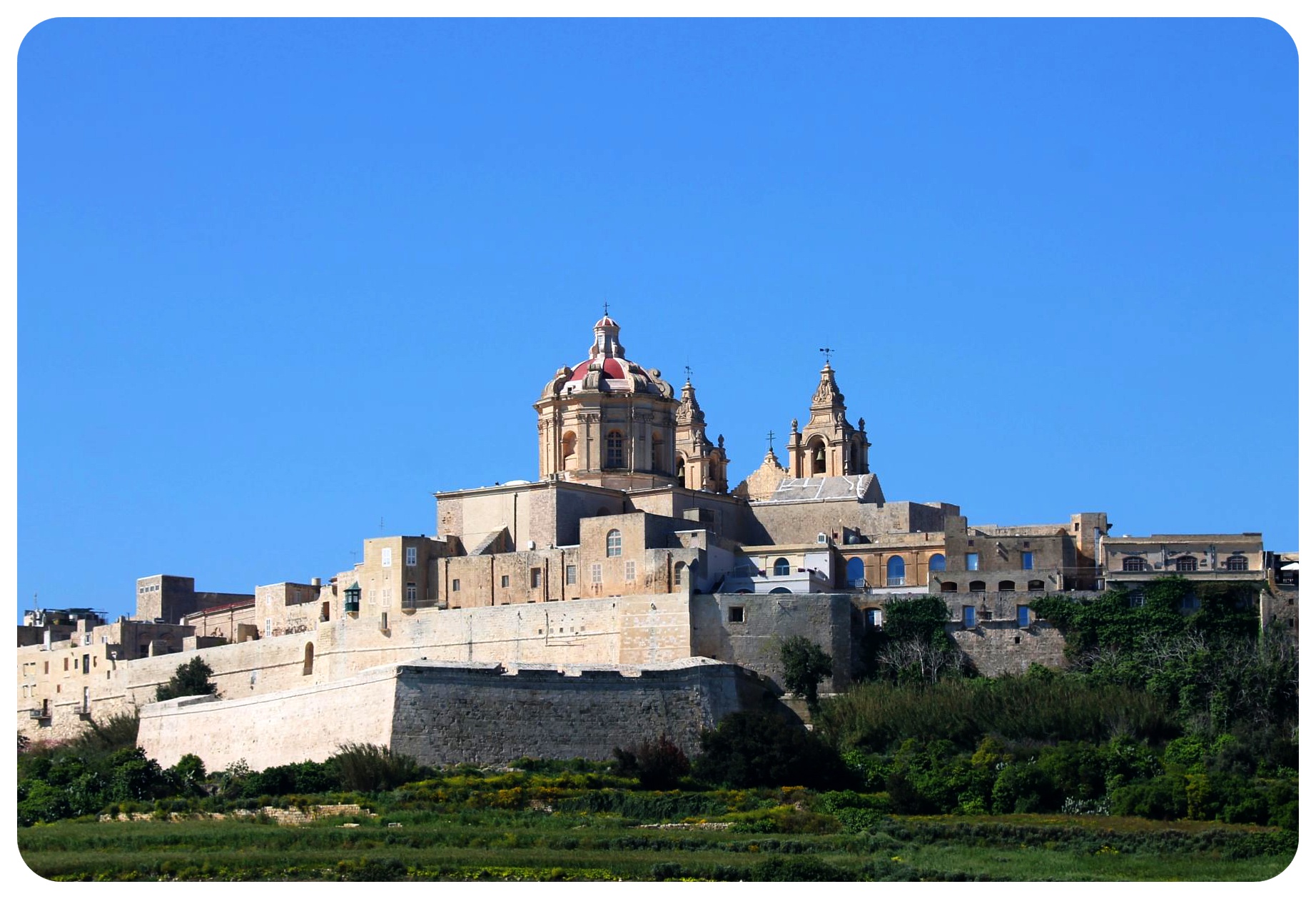