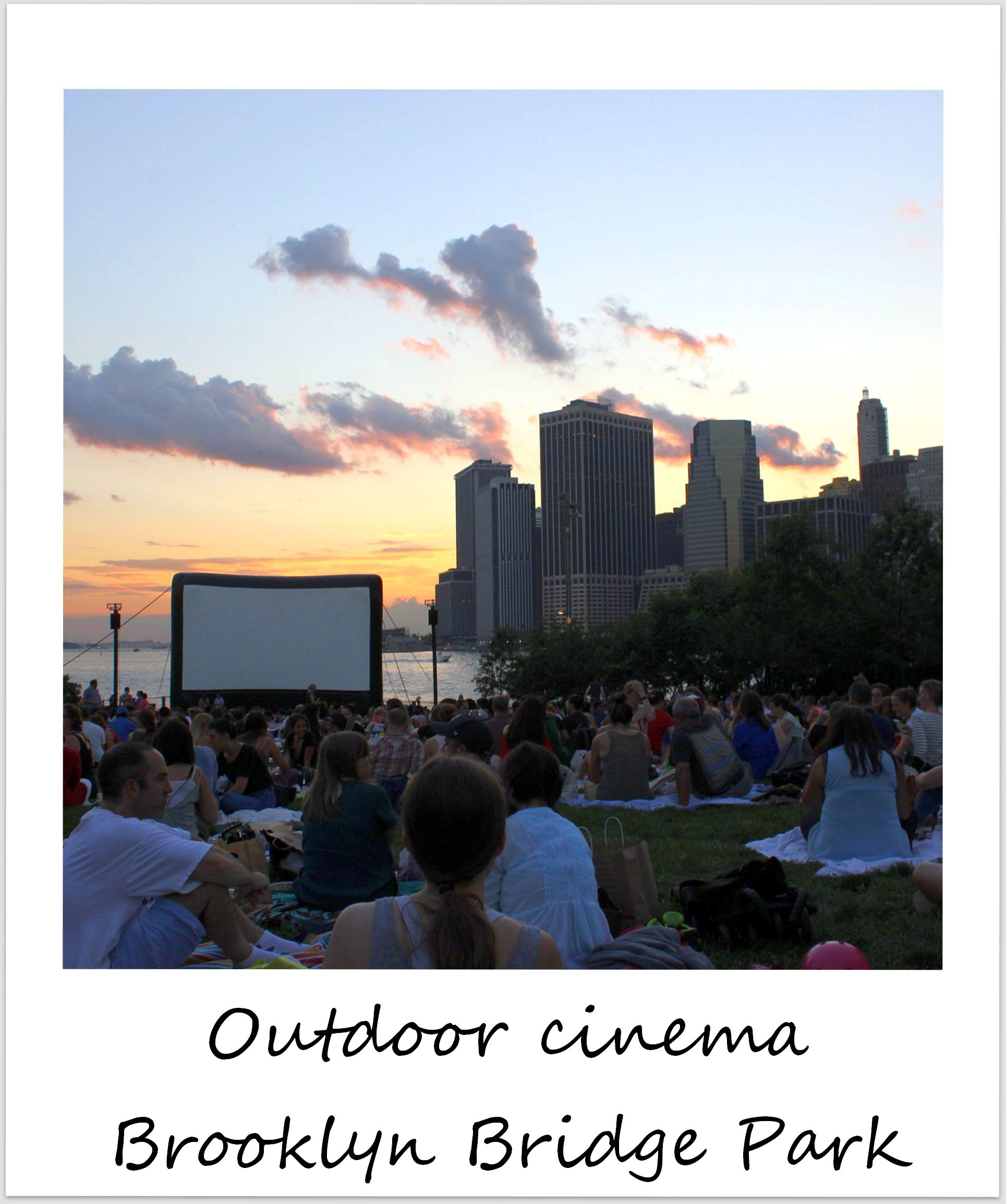 The past week has been all about work; the most I got to see of New York was during my runs: Brooklyn Bridge Park with its stunning Manhattan views, across the Brooklyn Bridge (with even better views), the lovely Red Hook neighborhood with its pier and great vistas of the Statue Of Liberty, running in Riverside Park alongside Hudson River and in Central Park. I took a break on Thursday to finally enjoy an outdoor movie – one of the 28 things I love about summer in New York City are the free outdoor movies all over the city – and couldn’t have chosen a better time for a break away from my laptop: a beautiful summer night, A League Of Their Own, good company, a lovely picnic and watching the sunset over the Manhattan skyline.

That night was a nice walk down memory lane in three different ways: This Used To Be My Playground, the theme song of the movie, was the first Madonna song that really got me hooked on her music (I liked her 80s stuff, but it was a bit too pop-y for me), and was the song that started her ‘ballad phase’ – over the next couple of years, she would release some of my all-time Madonna songs, like Rain, Secret, I’ll Remember, Take A Bow, and finally You’ll See, which might be my all-time favorite song of hers.

The other way related to the movie that I was strolling down memory lane: Some of the baseball scenes were filmed in Wrigley Field, Chicago’s famous baseball stadium which dates back to 1914 and is one of the oldest baseball parks in the U.S., which is why it was a perfect location for the movie which was set in the 1940s. I was lucky enough to watch a couple of games there during my visits to Chicago and even though I’ve been struggling to understand the game ever since I watched my first one in the suburbs of Chicago nearly ten years ago, I’ve always enjoyed being in the ballpark, taking in the cheery atmosphere of what is for me as a European a quintessential American experience, munching on peanuts and cheap nachos.

And last but not least: A couple of summers ago, I had one of the best dates nights of my life while watching an outdoor movie, and thinking back on it still puts a smile on my face.