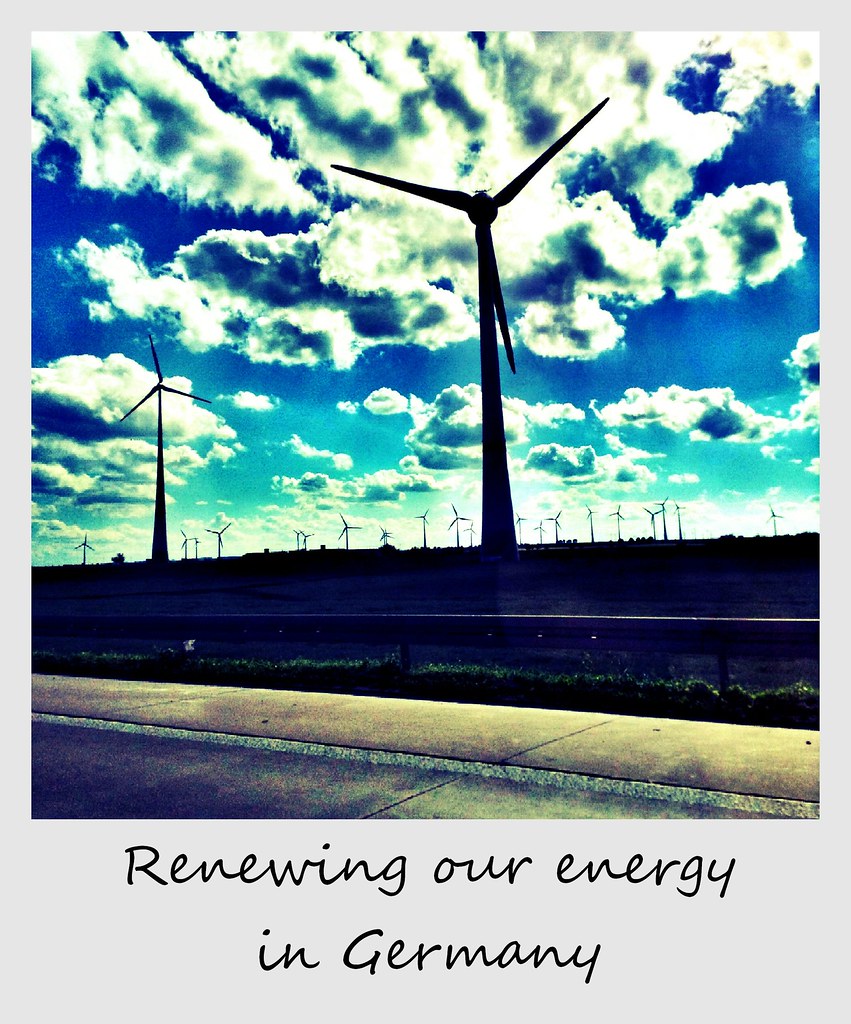 After two months exploring New York, the two of us need some serious downtime, so it’s fitting that we are renewing our energy in Germany, a country leading the world in renewable energy.

The cynical might see the fields of wind turbines and solar panels as an eyesore, but for us this technology represents serious positivity and a kind of forward-thinking we rarely see as we travel the world.

President Angela Merkel, once a supporter of nuclear energy, has taken a complete turn toward renewables since the 2011 Fukushima catastrophe in Japan, and while the country is already at over 25% renewable energy in 2013, if the Energiewende, or energy transition, goal is met, this number will hit 80% by 2050.

Such a transition has hiccups, such as higher electricity bills for private homes, but poll after poll indicates that Germans would prefer to pay higher prices in the name leading the way to energy independence. First generation turbines are being swapped out for far fewer, much more powerful second generation machines (taller than a redwood tree) that are safer for wildlife. Today we drove past hundreds that were newly built in fields along the highway.

Polaroid of the week: A snowy winter day in Germany
Click here to cancel reply.

Good on Germany... and love that photo.