After first meeting them online in 2011 when they had just set off to travel, we finally were able to meet up with Leanne Pittsford and Leah Neaderthal in person in New York this spring and were so impressed by their business and lifestyle that we insisted Leanne be our GlobetrotterGirl of the Month for June 2013 (you can read all previous GlobetrotterGirl of the Month interviews here).

The story of their nomadic lifestyle has a tragic start, but Leanne shares this deeply personal detail to show just what can come from just taking that first leap of faith. This interview is as inspirational as it is practical for anyone who is ready to break free and create a globetrotter lifestyle for themselves. 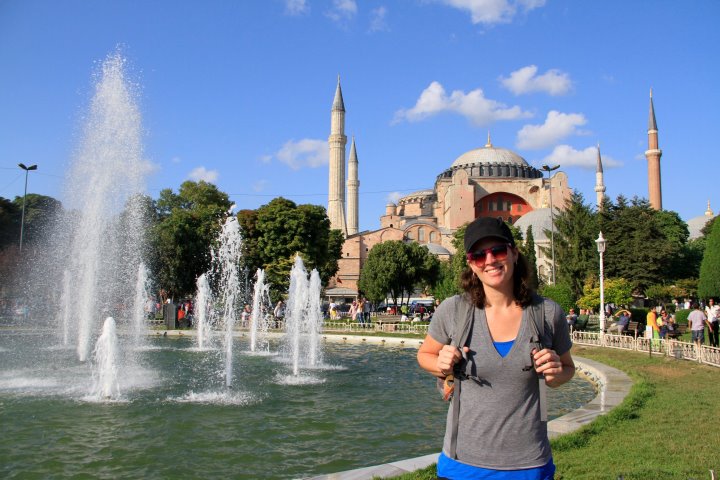 What made you decide to break free, start a business and travel?

I was working for Equality California and coming to the devastating end of a long process in which we had just lost the Prop 8 campaign and with it, the fundamental right to marry the person we love. I am ecstatic to say that as of this interview, DOMA was overturned at the Supreme Court level. However, back at the end of 2010, it was clearly time to move on from that heartbreaking defeat.

I had recently met Leah and we were newly dating, but I really wanted to travel. Leah was in Chicago, I was in San Francisco, so I made a big leap and decided to move to Chicago to look for a job, while simultaneously trying to convince her to quit her job to travel with me. Leah had long since wanted to travel and had even saved up quite a bit specifically for travel, but hadn’t been ready to make the leap.

Sadly, it took something tragic to put her over the edge. My brother died suddenly the day before I was supposed to move to Chicago. This changed a lot of things for us, and among those, it made Leah realize that life was short and that there was no good reason to postpone traveling. We left for our trip in January of 2011.

How long were you traveling before deciding to launch your business?

We had a few tentative projects lined up before we left for the trip, but the business really happened about two months into the trip. We realized that “backpacking” wasn’t really for us – we were moving around every few days, going super fast, and exhausting ourselves. In certain regions of the world you get on the 22-year-old backpacker circuit and it’s hard to get off. We’d stalk people on couchsurfing.org just to find people closer to our age to have dinner and a glass of wine with. 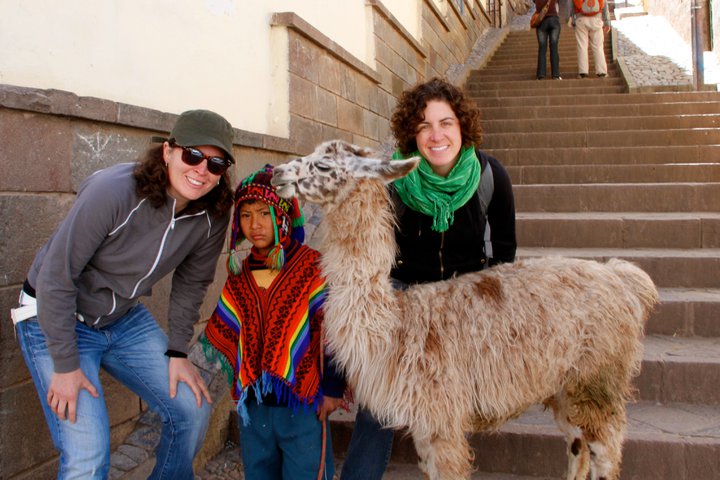 We made a decision to stop “backpacking”, and rather spread out our travels over many years in order spend longer in each place. We focused on building our business while traveling, and ended up cutting our initial ‘round the world’ trip to eight months down from the 1.5 years we had originally planned, in order to build our business first back home.

How has your travel lifestyle changed since starting your business?

When we began thinking about our long-term lifestyle, having a home base was important to us, so we have an apartment in San Francisco that we are able to rent out on Airbnb.com when we are away. The extra income we make on Airbnb rent ends up paying for our flights!

On our 8-month long trip in 2011, we traveled to 16 countries and 35 cities, but even since settling in to a more nomadic life we travel a ton. We move about ten times a year, with both shorter and longer stays in various places. In 2012 we spent longer periods of time in Berlin, NYC, Buenos Aires and Vietnam. So far in 2013 we’ve been to Thailand, Cambodia, NYC, DC and we’re headed to Berlin, Russia, Spain, Beirut and Poland and are considering also going to Kenya this year.

The biggest difference for us is that now we bring our dogs, two dachshunds named Sauce and Magoo. Bringing our pups has really let us feel like home wherever we are. Here is a video of Sauce and Magoo in Thailand. 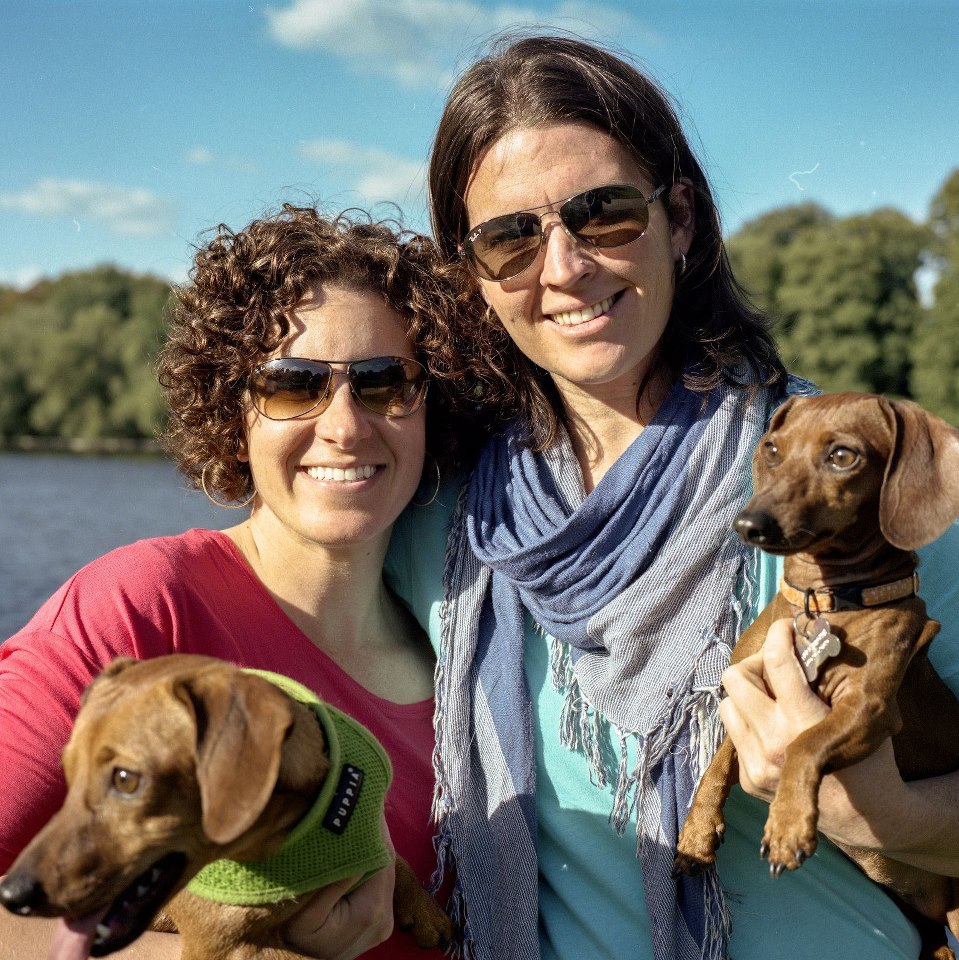 Is it more difficult to travel with dogs? If so, why bring the pups on the road?

It’s more difficult, but SO worth it. Being able to ride bikes in Berlin with them or run on the beaches of Thailand – these are moments I will remember for the rest of my life. Being with the pups also gives us a sense of being home and with our family wherever we are.

Truthfully, it is also good practice for kids. It’s obviously not the same, but we do have to bring a lot more stuff because of the dogs and in some cases, traveling with kids would be easier. For example, kids are allowed to travel to every country, but dogs aren’t. Kids don’t require any special paperwork or fees (except a passport), whereas dogs do. Bringing the dogs to South East Asia was particularly crazy, and I don’t recommend it for the faint of heart. Any place that doesn’t have a dog culture will be difficult, bringing them along is the only way we can truly have the lifestyle we want.

Lesbians Who Tech and your other projects have had a high level of success. Why do you continue to travel so heavily – for business, for pleasure?

We travel for both business and pleasure. Travel also gives us the space to be creative and the solitude to get a lot of work done. On the other hand, it means that we are always working – something we have to be better about. We often do business development and take advantage of conferences wherever we are, but the majority of our clients are US based.

Your Twitter bio says simply ‘I get shit done’ and you certainly do. You organize #lesbianswhotech events and  your new business LeanImpact. Why and how do you take on so much at a time?

I am big believer in execution. I think everything is 5% strategy and 95% doing. What you learn by doing can later be implemented as strategy, but the key is to start. I am also a big believer in failing versus not knowing. I’d rather fail a million times than wonder “what if.” 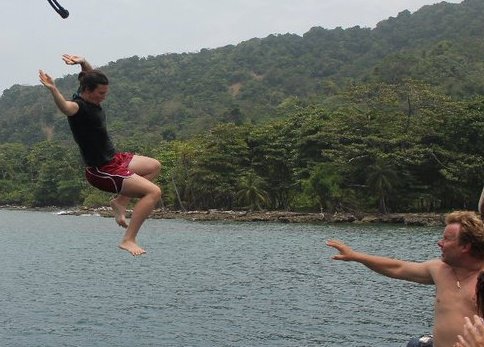 Do you have a motto or a mantra?

Best advice you’ve ever been given?

Do you have a mentor?

I have a few. Kate Kendell the Executive Director of the National Center for Lesbians Rights and Kris Hermanns, the former Deputy Director of the same organization. They’re both amazing women and watching them lead taught me so much. I’m also super lucky to have incredible women surrounding me in my life who are doing amazing things. I learn so much from watching them both fail and succeed.

What is your favorite book?

The Fountainhead by Ayn Rand.

What music do you listen to as you work?

I love slow jams and 90’s R & B music. It’s what I grew up with and nothing else has ever moved me the same way like Usher, Brian McKnight, 112, or Mary J Blige.

How many countries have you traveled to?

What is one country you can recommend to location independents, why?

Berlin is AMAZING! It’s the cheapest city in Europe and the community of people who live there are incredible. 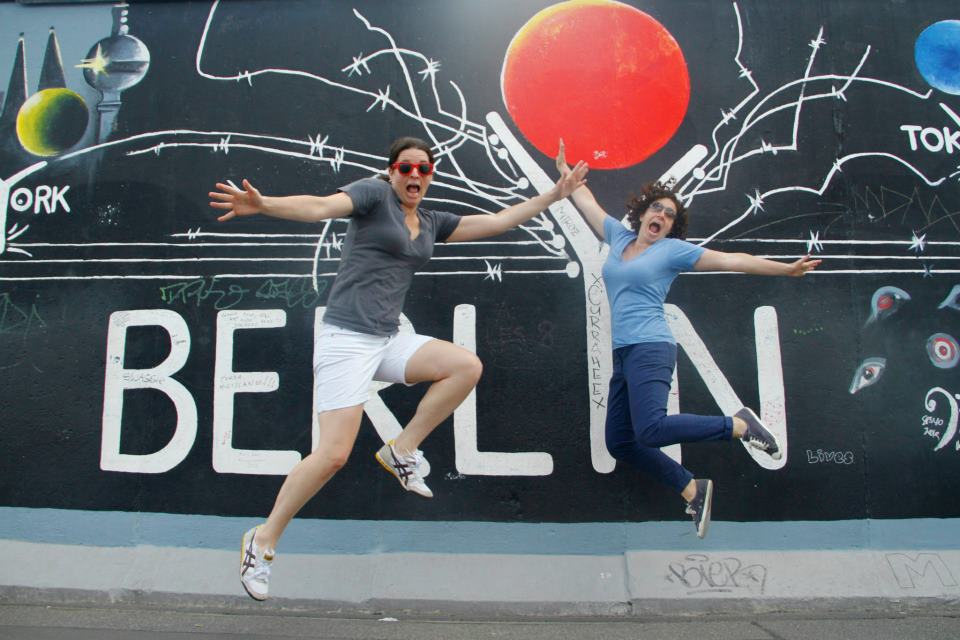 What is your travel style?

Mostly urban with a bit of beach. We spent a month on the island of Korcula in Croatia, where got loads of work done from the balcony, went to a different beach every day and drank wine every night. Heaven. Because of the dogs and the business we tend to rent on airbnb.com in order to be able to cook, make coffee, work and have space for Sauce and Magoo.

What travel items and/or apps can you not travel without?

Do you have any tips for globetrotter girls and guys  who are at the point of breaking free but just haven’t taken that leap yet?

1. When you wake up 20 years from now what will you regret? Trying something different or regretting you never tried at all.
2. Not knowing is way worse than failing.
3. Don’t be afraid to take a travel break. Traveling makes you way more interesting, so it could help you get a better job than the one you have now.
4. Traveling and running my own business are the hardest things I’ve ever done, but, as Tom Hanks says in A League of Their Own, “it’s the hard that makes it great.“

Where can someone reading this connect with you?

GlobetrotterGirl of the Month April 2013: Ash Ambirge of The Middle Finger Project

Wonderful interview! Looking forward to seeing you all soon in Berlin.

Really looking forward to meeting you guys, too, and to catching up with Leanne and Leah again! :)

Great interview. Love the fact that they have the courage to travel with pets . Very inspirational . I have been researching on adopting a dog and know the hassles they speak of. Not an easy task for the faint hearted but oh so worth it

Great interview! I particularly like that they bring their dogs along. It breaks my heart a little, because I'll never be able to travel easily with my giant Labrador, but I love that other people are doing it :)

Aw, you couuuuld travel with a lab, but it would definitely be harder - both for you and your dog, since bigger dogs have to go under the plane. You could city hop, though, with a car, for example.