Asia Laos Photography Polaroid of the Week by Dani on November 24, 2011 6 comments Polaroid 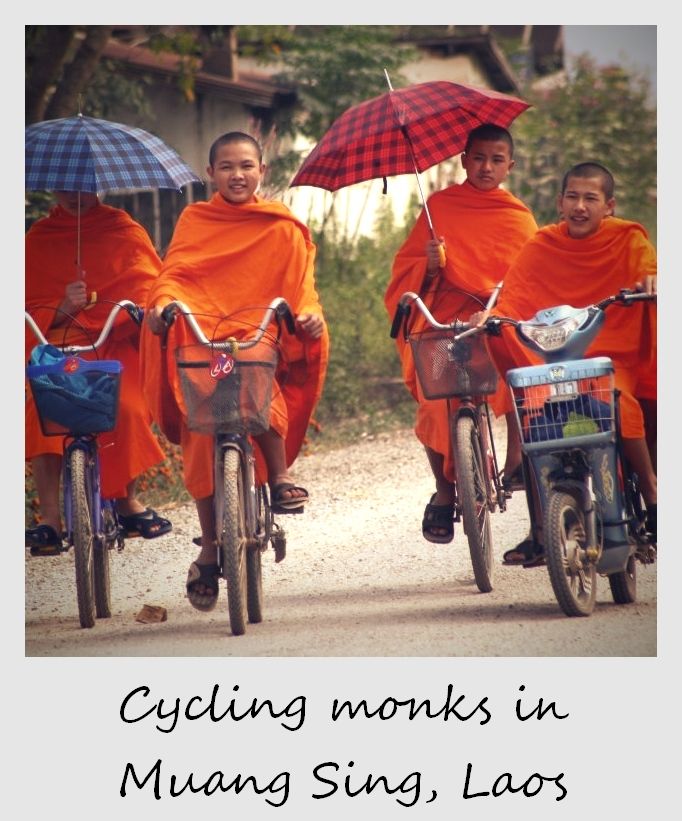 Laos is a strictly buddhist country, which means that, like in many Asian countries, monks in their beautiful orange robes are a sight almost everywhere we look. We chatted with one in Thailand in the back of a pick-up truck taxi, but here in Laos, there have been only many shy nods from monks in temples, at markets or, like these boys, on bikes.

Nearly every man in Laos joins a temple or monastery for at least a short period of time in their lives yet despite this and the fact that monks are considered the smartest people in the country due to a top education, some of the monks in Laos live a surprisingly hard life.  In some areas of Laos, monks have to forage for their own food in the woods or rely on food donations from local communities who believe that providing food and other donations to the well-respected monks will improve their karma.

33 things I love about Mexico