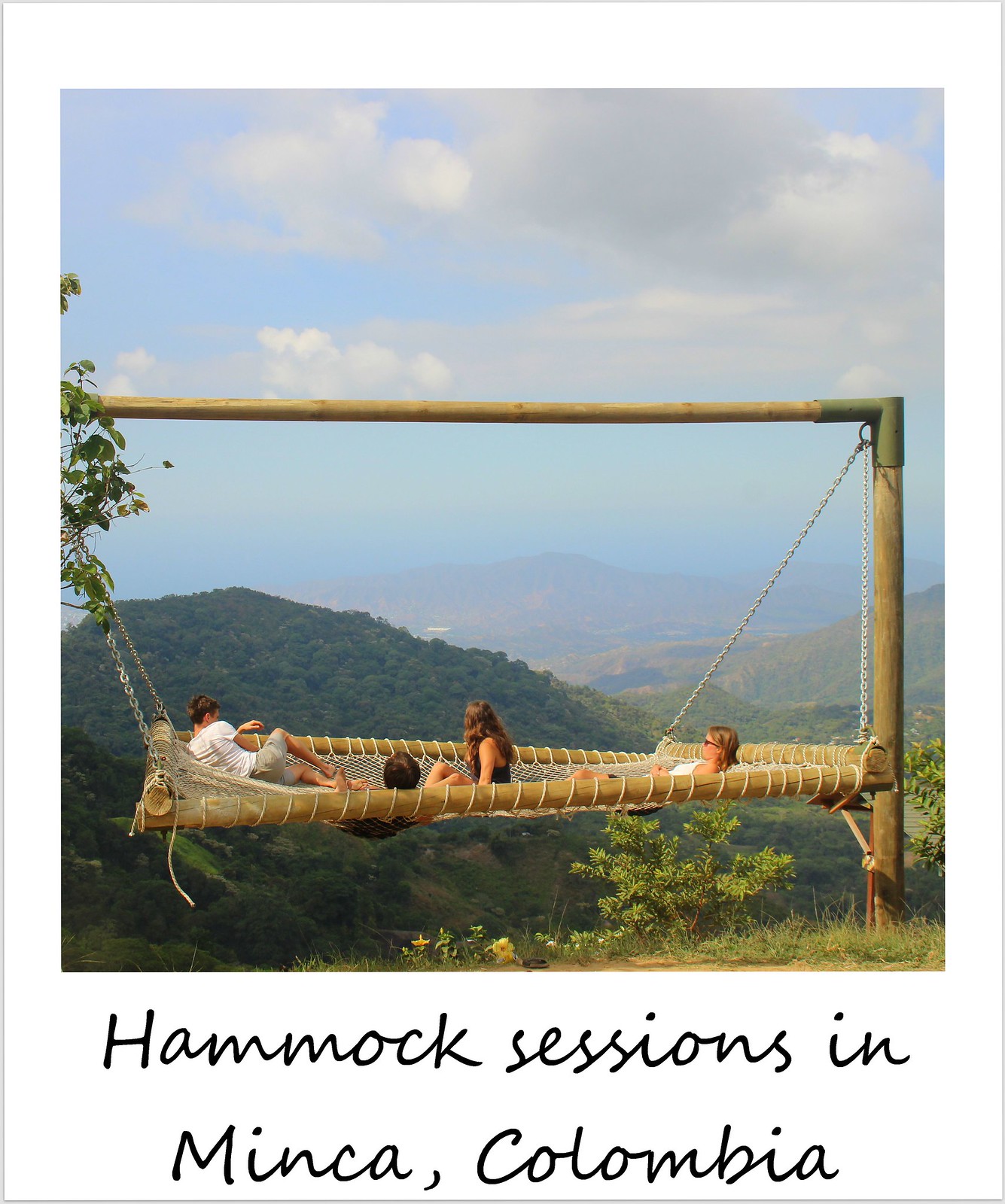 After checking out some of Colombia’s fabulous Caribbean beaches, it was time for a break from the heat. We had heard lovely stories about a nearby mountain village in the Sierra Nevada, which promised coffee plantations (a huge draw for two coffee lovers!), waterfalls, a giant hammock with mountain views, and last but not least: cooler temperatures.

We didn’t need much more to convince us to take the detour before returning to the coast. We quickly realized that ‘cooler temperatures’ were a relative term – it was still in the high 80s (around 30°C). The other things the tiny village had promised didn’t disappoint, though: the waterfalls made for wonderfully refreshing hiking destinations, the family-run coffee plantation gave us a great tour to learn how they make the coffee (still with the original over 100 year-old machines!), and the giant hammock? It was well worth the trip up the mountain – little did we know that what took us 20 minutes on a motorbike taxi (the common way to get around in Minca) would take us 3 hours to walk back down, but the vistas over the mountains and all the way to the ocean made our afternoon at Casa Elemento, the hostel where this hammock has its home, a memorable one.

I’ll be writing more about Minca in a separate article, so I’ll leave you with this little teaser for now and with some more photos over on Facebook – have a look at my Colombia photo album for Minca’s waterfalls, Finca Victoria coffee plantation, hummingbirds and mountain views.